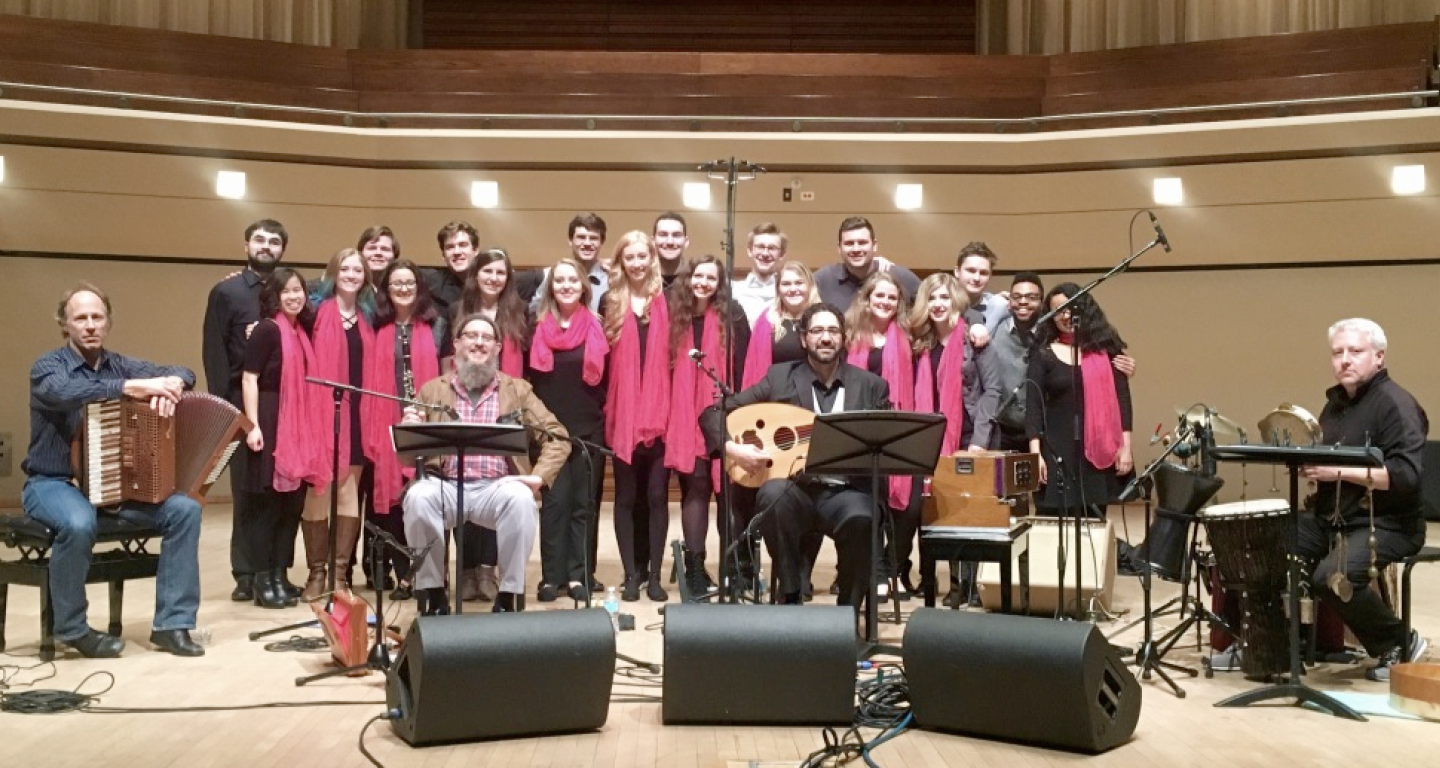 On Monday, March 3rd, Allos Musica performed a joint concert with the North Central College Chamber Singers. Founded in 2006 and featuring clarinet and various ethnic winds, the oud (an ancient Arabic lute), voice, accordion, and percussion instruments from around the world, Allos Musica explores the intersection of divergent streams of contemporary classical, jazz, and traditional music from the Middle East and Europe. The sound created through James' compositions and the ensemble's arrangements of Arabic and European folk music blends tradition and experimentation seamlessly.

The North Central College Chamber Singers is a select, 20-voice mixed ensemble performing from a broad spectrum of choral music.  From Whitacre to Byrd, Renaissance to avant garde, “Chambers” often performs without conductor and with appropriate staging in order to bring pieces to an authentic performance.  Under the direction of Ramona M. Wis, Chambers has worked with composers Gwyneth Walker and James Falzone, and has performed with Allos Musica in concert.