North Central College’s student-run online publication, The Chronicle/NCClinked, was chosen as one of the top 25 finalists for The Associated Collegiate Press (ACP) Pacemaker Award. The Pacemaker is known as the Pulitzer Prize of collegiate journalism, said Laura Widmer, ACP executive director.

The ACP Pacemaker Award received 105 overall entries and narrowed the field to 25 online publications. The finalists spanned 17 states. Based on student enrollment, entries for each category were analyzed by professors and current digital media professionals. The judges also looked at specific criteria for the Pacemaker Award: coverage and content, quality of writing and reporting, leadership, design, photography and graphics.

“This latest acknowledgment is a testament to the hard work of our student journalists,” said Kay O'Donnell, assistant professor of journalism to The Chronicle/NCClinked. “Honors like these have the added bonus of raising the profile for our small news operation and putting us on a national stage.”

The news comes after The Chronicle’s regional award in April for its website from the Society of Professional Journalists. It also follows the publication’s second-place award for Overall General Excellence for schools under 4,000 student enrollment at the Illinois College Press Association conference this past February.

Finalists for the ACP award will be recognized and winners announced October 28 at ACP/CMA (College Media Association) National College Media Convention in Dallas. 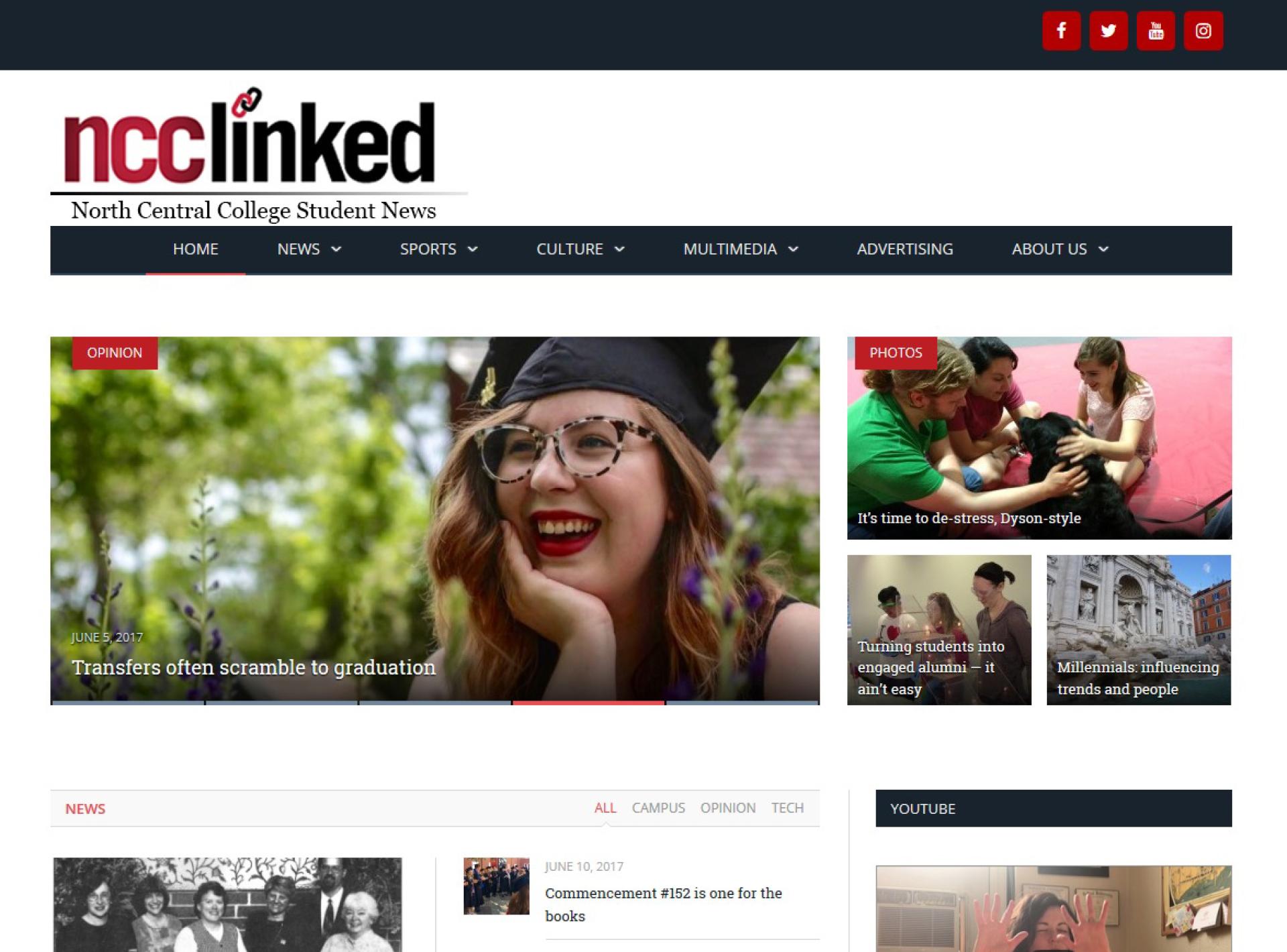