‘Fearless’ triathlete refuses to be slowed by visual impairment

“I’m a triplet, and we were born premature. As a result of that early birth, I was left with very little sight,” said Eisenmenger.

Visual impairment brings unique differences in lifestyle, including challenges others may not experience. Despite the challenges, Eisenmenger has never let her blindness take control of her.

“As I was growing up, the norm was not having sight. While I knew things were more difficult for me than they were for others, it wasn’t something I focused on,” she said. “It was the way things were and how they were going to be.”

While day-to-day tasks are one thing, a triathlon—consisting of a 750-meter swim, a 20-kilometer cycle, and a 5-kilometer run—presents a unique challenge. So how does Eisenmenger compete?

“I rely on people. I swim, bike and run with sighted guides. Their job is to give me cues, which can be a verbal communication or a hand on my shoulder to ensure I stay on course and know what’s going on,” said Eisenmenger.

Along with verbal and physical communication, Eisenmenger is tethered to a guide by a bungee cord. This cord allows her to detect when she and her guide stray from one another and need to correct their paths. Sighted guides allow her times to count in competition, and while her pace can be hindered by the fitness of her guide, often she finds their assistance liberating.

“When I have a guide attached to me, I don’t feel like I’m blind. Their job is to take away the hindrance of my lack of vision—they’re an equalizer,” said Eisenmenger.

As a senior on the 2017 team, Eisenmenger is a leader and fulfills the role with constant encouragement and pep talks.

“Ashley comes to every practice, every workout and remains positive no matter what,” said Jen Hufnagle ’19, a teammate.

Since childhood, Eisenmenger adapted to her life with specialized programs that allow her phone and computer to speak to her. She travels with a white cane, utilizes sound when traveling and is fluent in reading braille. Jennifer Garrison, North Central’s head women’s triathlon coach, sees Eisenmenger as an inspiration.

“Ashley is honestly the hardest working college kid I know. She has a ton of determination and drive,” said Garrison.

Featured in a story in Teen Vogue, Eisenmenger’s story is reaching and inspiring thousands.

“I am blown away by her fearlessness,” said Garrison. “Every day she walks out of her room and deals with her day in the dark, but she doesn’t view it that way. She does it all with a smile.” 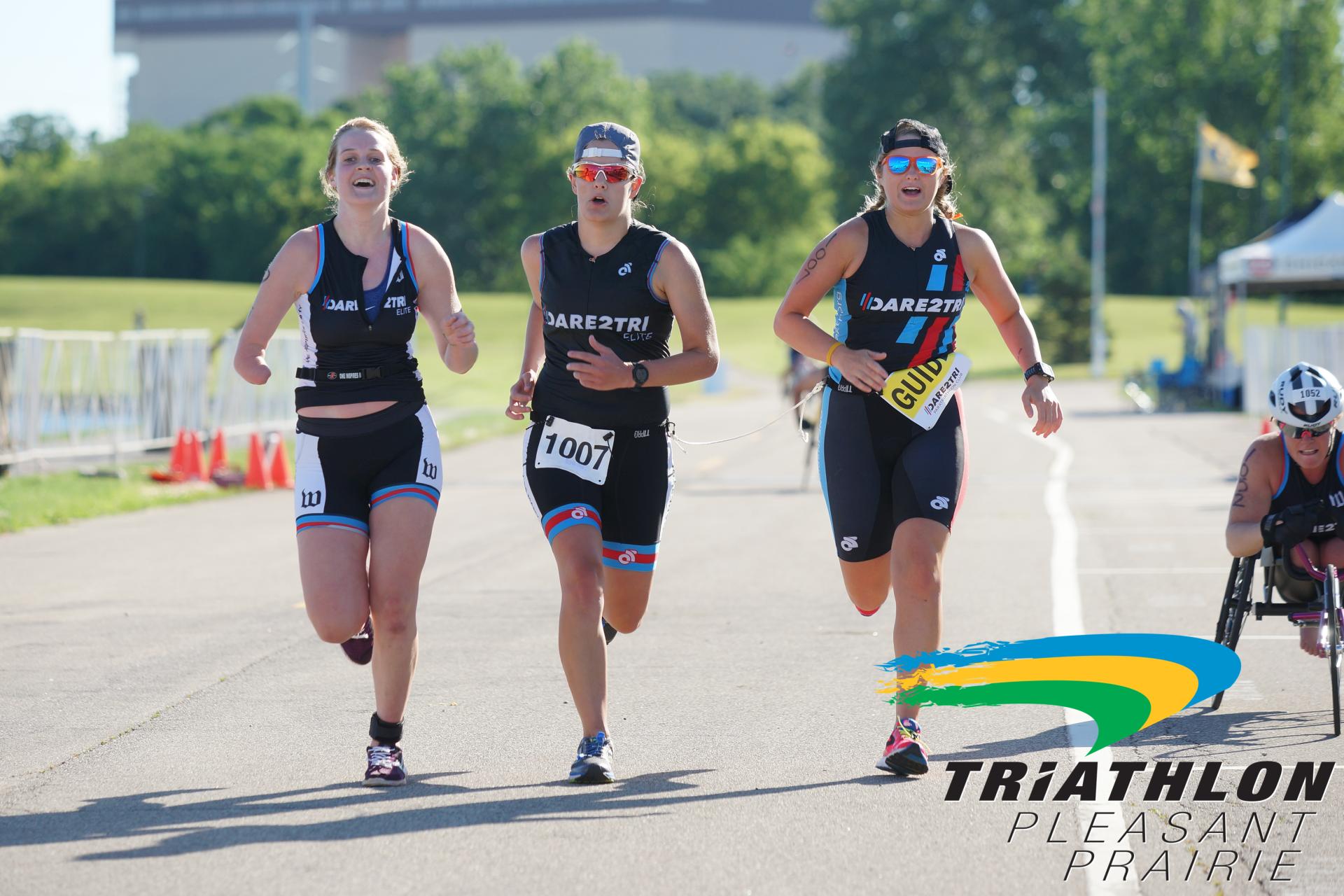