Senior directs “Wonder of the World” by Pulitzer-winning playwright

“Wonder of the World” follows the story of a young woman named Cass who discovers a dark secret about her husband, Kip. Feeling betrayed, Cass hops on a bus to Niagara Falls in search of freedom and enlightenment. During the trip, she befriends a blithely suicidal alcoholic and falls for a sailor while being hunted by a pair of bickering detectives hired by her husband to track her down.

“Cass feels trapped in her marriage and will do anything to remove herself from that situation as fast as she can,” said Marrazzo. “My cast and I want to understand the psychology behind the actions made in this show, whether it be from the perspective of a woman running from her husband, or her husband who will do anything to get her back.”

Marrazzo has enjoyed the chance to explore the heroine’s feelings and struggles. After studying abroad in England, Marrazzo found a connection with Cass’ desire to find something new. “I connect with Cass and her adventures in ‘Wonder of the World,’” said Marrazzo. “I validate her desires by having explored my own. I know what it’s like to crave change and to yearn to find yourself in an environment that is extremely unfamiliar.”

Despite the serious subject matter, Lindsay-Abaire’s whimsical writing makes Cass’ journey of self-discovery a wild ride. “‘Wonder of the World’ is blaring with comedy and absurdity that will put an audience into hysterics while still asking the hard-hitting questions on what it truly means to create your own happiness,” said Marrazzo.

This play is part of North Central’s Student Directed Series. Members of the theatre faculty invite students to submit a proposal to direct their own theatrical productions and only the best are chosen. Marrazzo’s is one of two selected for the year.

[photo, below, from left: Dylan Obrochta as Captain Mike, Stephanie Milroy as Lois] 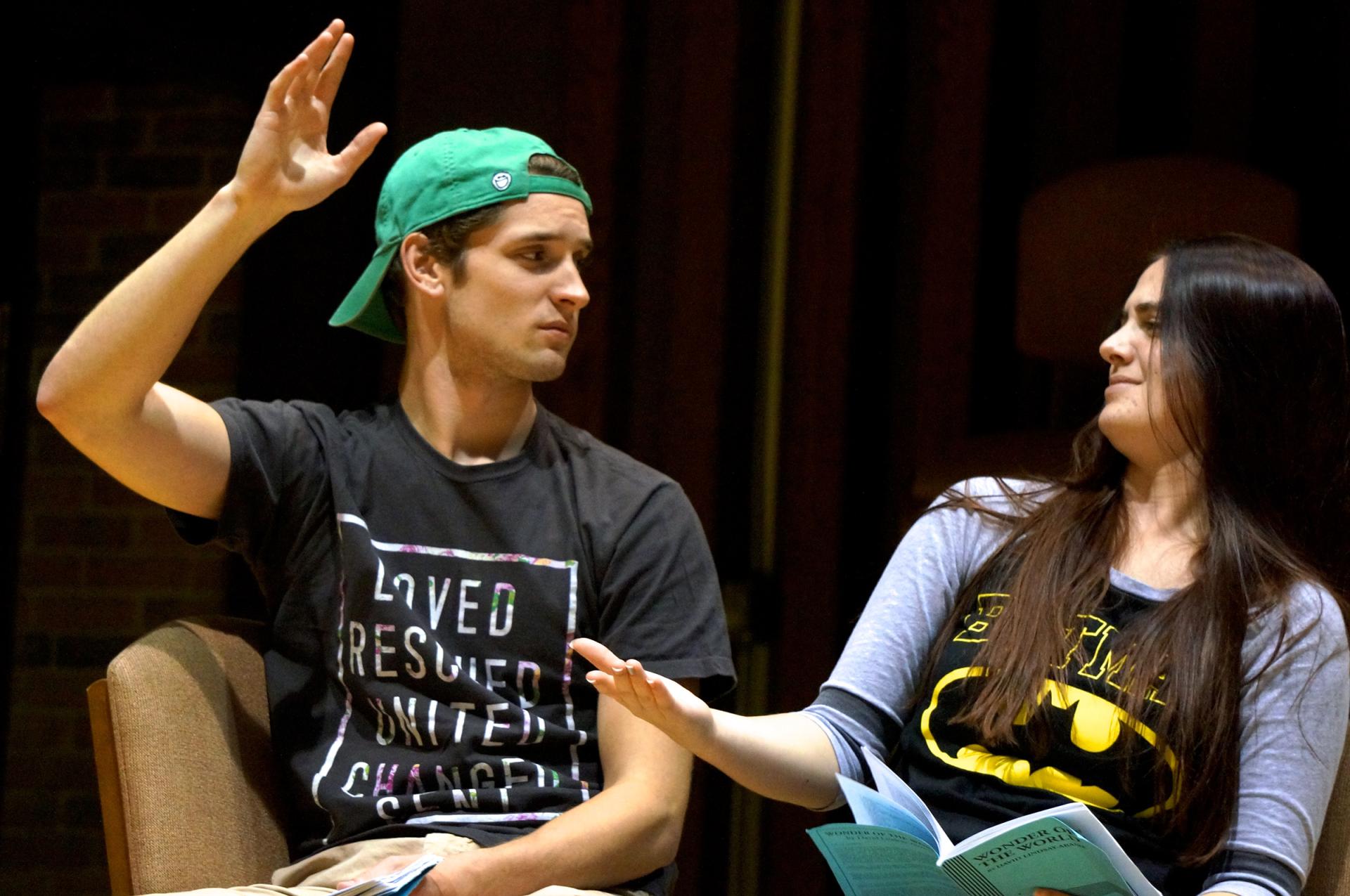