Bobby Kallien ’18 started out like many North Central students seeking employment: he was looking for a way to make some money to help get him through school.

His position with the Office of Career Development became something much more, after he took the initiative to become a student career counselor.

Kallien is a double major in economics and management and a member of the men’s track and field team. He has a lot on his plate, so he wanted a job that would not only keep his interest but also help to open opportunities for the future. “I don’t want to waste my time, I want to get experience while I’m in school,” he said.

After taking the counselor position, Kallien quickly established himself as a self-starter who was willing to take on whatever challenge the office needed help with. What Nunez needed was for someone to take the lead on Handshake. Every counselor is expected to have a feel for working with the app, but Kallien has taken it to another level, becoming an official Handshake Certified Trainer. “Bobby is our No. 1 man on Handshake,” said Nunez.

“I took online courses—there was a whole curriculum that I had to pass—and there were interactive elements where I put elements of career counseling into action,” he said. The goal of the certification program is to prepare trainers who can show others how to use the app. Kallien is already using his expertise to help colleagues in the office.

Kallien brings the office’s services to those who need them as an ambassador for career development on campus, where he leads workshops for fellow students.

“We’re trying to make sure everyone knows what [career development] offers,” Kallien said. “There is a learning curve to Handshake so it’s important that students are up to speed on that as well as everything else we can do for them. That way our [office] can become a really useful resource.”

“A lot of [college students] have been told where to go and what to be their whole life, and so it’s a struggle planning things on their own for the first time,” Kallien says. “I tell them, ‘Take charge of who you want to be. No one is going to tell you what you should do, so you get to make that decision for yourself.’”

[Pictured below: Bobby Kallien ’18 (left) talks to Haydee Nunez in the School of Business and Entrepreneurship.] 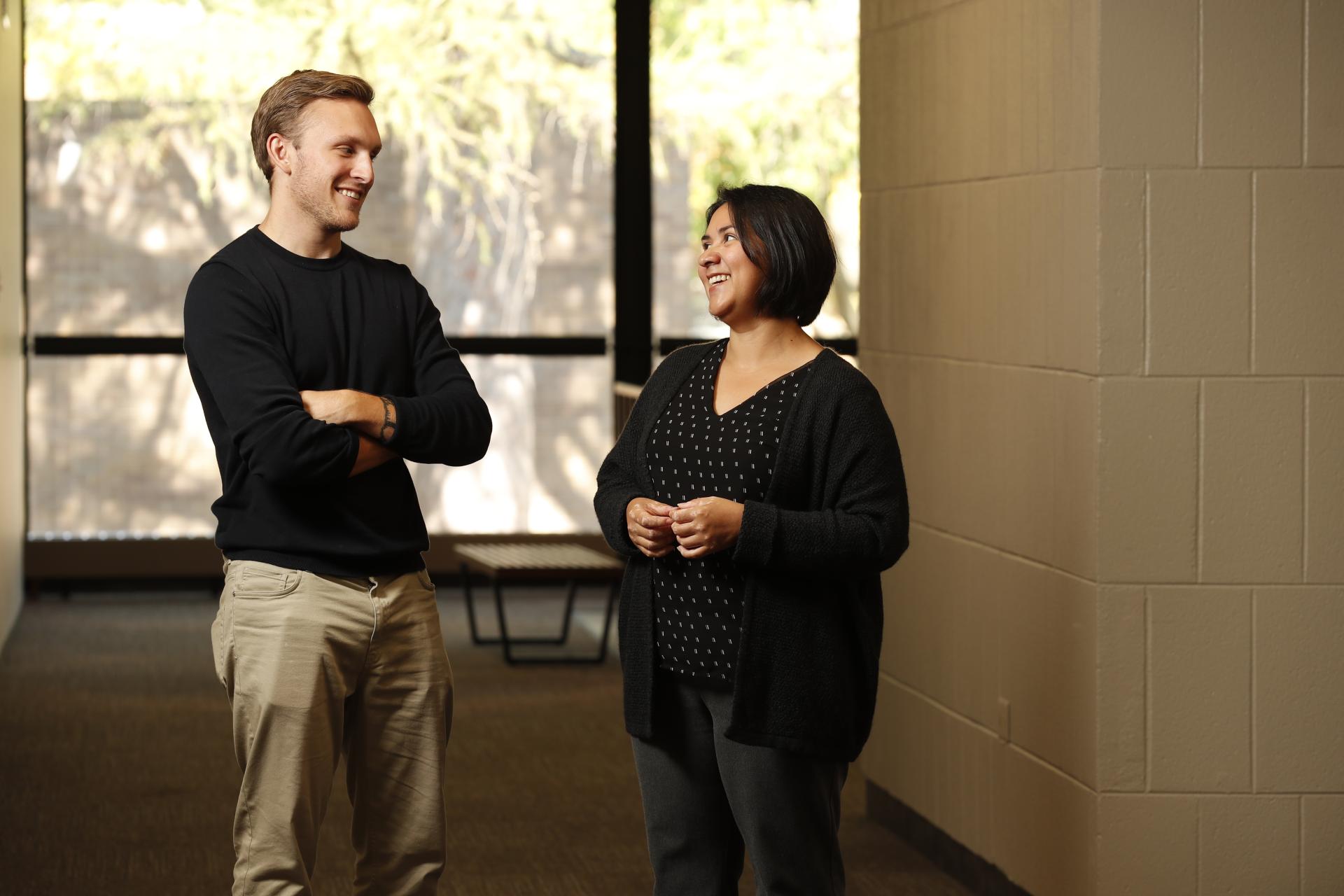