Patino sisters are first-generation students with a passion for language

Being the first person in your family to attend college comes with a great deal of pride, but also a great deal of pressure. It helps to have someone to relate to in a very similar situation. That kind of help is a gift that two North Central students share.

Arabia finds being a first-generation student exciting because she is experiencing things nobody in her family has. However, it can also be a lot of hard work.

“I’m not only representing myself, but also my family,” she says. “Since I’m the oldest, I feel like if I succeed then there will be so many opportunities for my three siblings and future family, but if I fail, then I’m sending the message that college is not for us.”

For Kenya, being a first-generation student has been an honor. But it can also be “scary and stressful sometimes, since you have to figure out how to do everything without your parents’ help,” she says. Her sister, Arabia, was the first one in her family to go to college, so she views her older sister as a role model.

The sisters moved from Mexico to the United States shortly before high school. In Mexico, the sisters only experienced a few English-based classes. They were placed in English as a second language (ESL) classes with an English and Spanish speaking teacher. “I had to learn the language by learning content because I didn’t have a specific English class,” Arabia says.

“My first year learning the language was the toughest, but I also feel like it’s when I learned the most.”

By freshman year of high school, Arabia had a grip on the English language and began taking mainstream math classes and even a French class. During her sophomore year, she was no longer an ESL student and enrolled in all mainstream English-based classes.

Languages have become an important aspect of the Patinos’ family life. As a French major, Arabia views studying new languages as an open door for opportunities. “It makes you a better person by making you more understanding and accepting of different cultures,” she says.

Professor of Chinese Jinai Sun swayed Kenya to minor in Chinese. “She told us that China is a prospering nation that will be the land of many opportunities,” Kenya says. “Therefore, if we want to be one of the opportunists, we should learn to speak Chinese.”

Arabia sees North Central as the perfect fit because of the campus size and location. “I liked the idea of a small school because it would allow me to grow close with fellow students and professors,” she says.

For Kenya, her decision to come to North Central was not too difficult. “Not only was my sister already at North Central, but going here allowed me to be close to home,” she says. “A lot of my high school teachers also attended North Central and had high praise for the College.”

To help students like Arabia and Kenya navigate the challenges of being a first-generation student, North Central offers the nationally recognized Cardinal First program. Led by Julie Carballo, director of first-generation programming, Cardinal First establishes a community, provides support and connects students with campus resources and faculty. The program holds events designed to help students acclimate, such as monthly workshops with motivational talks and résumé building. Students are supported throughout their four years in college.

Both Arabia and Kenya hope to travel in the future while making a difference in people’s lives. Arabia would like to work in a bilingual education program, since she too was an ELL student. She would like to help students learn a new language and adapt to the culture.

“I get to experience so many new things that no one in my family experienced. All the hard work is worth it,” Arabia says. 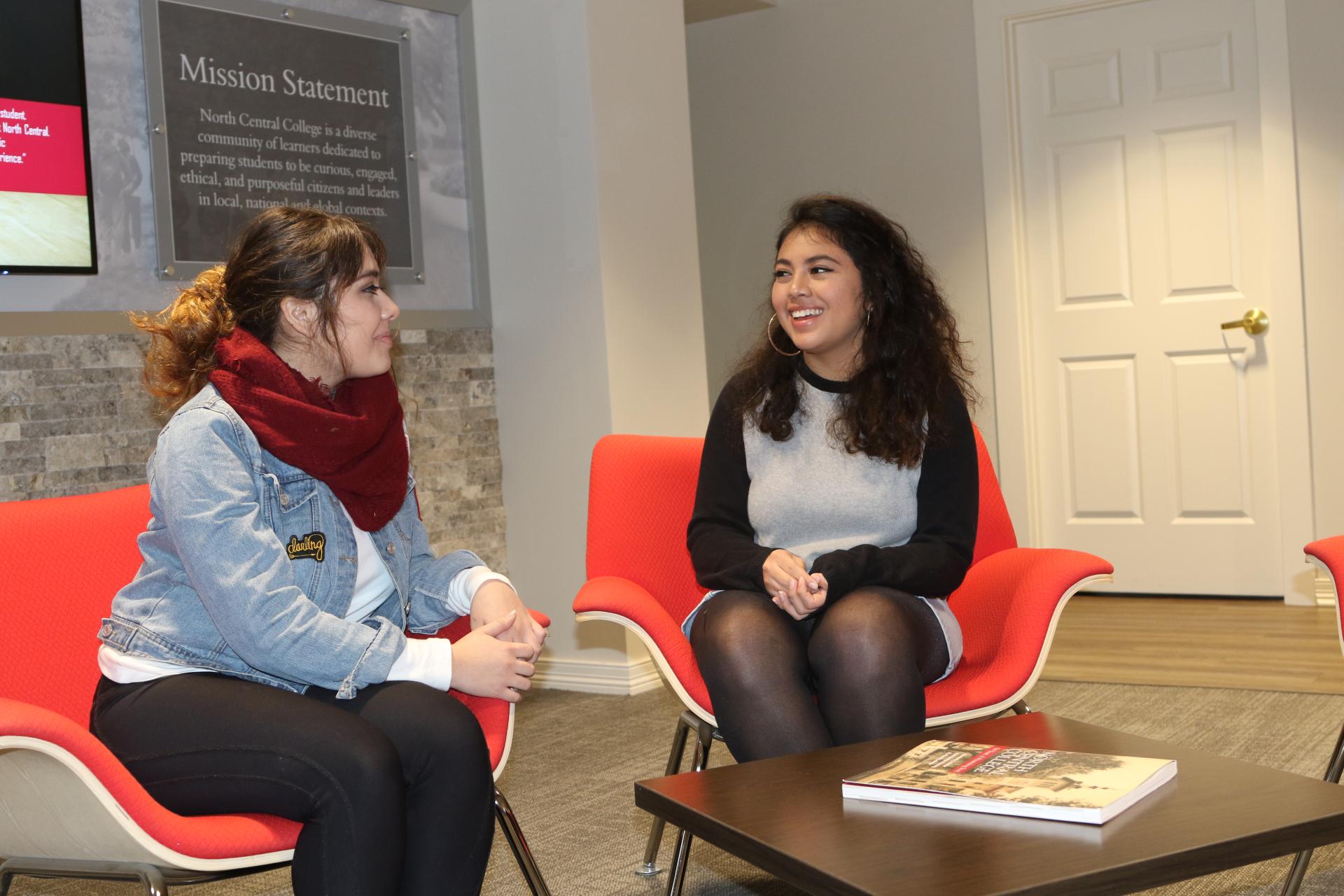