The North Central College community was deeply saddened to learn of the passing of A. George Pradel, mayor of Naperville from 1995 to 2015, on September 4, 2018. He enjoyed a special relationship with the College and fully supported the ideals of higher education.

For generations of North Central College alumni, their fondest memories include the boisterous and enthusiastic “Welcome to Naperville” greetings when Mayor Pradel participated in their Opening Convocation and Commencement ceremonies. His love for his community was always apparent and infectious. 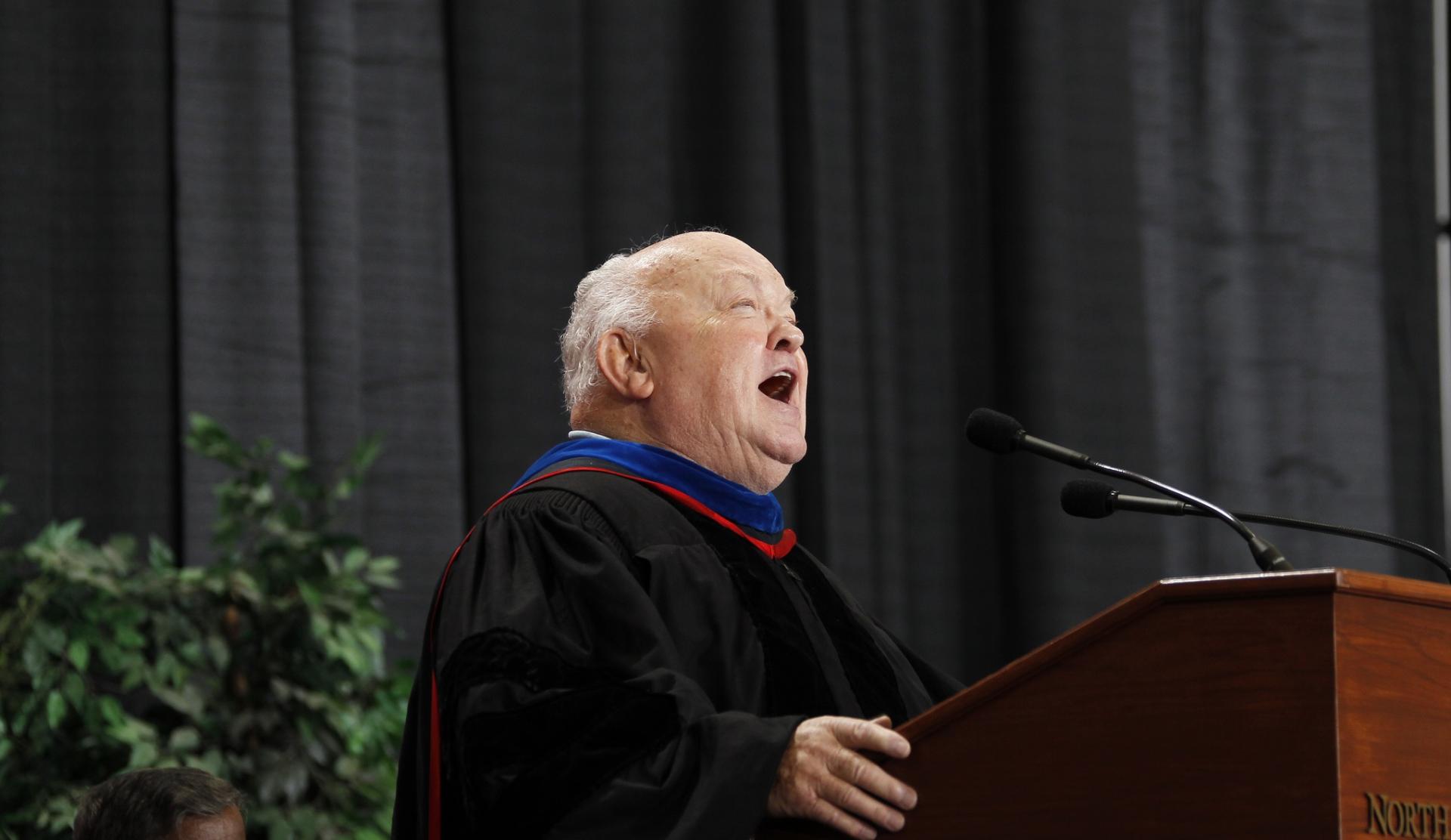 “I am joined by every member of the College family in extending our gratitude for George’s dedication and compassion for ‘Naperville’s college,’ as he called it,” said Dr. Troy D. Hammond, president.  “The College expresses its deepest condolences to the entire Pradel family.”

Pradel’s willingness to represent the City at campus events and his partnership with the College in its growth and vitality were honored in June 2013 at Commencement, when he received the honorary degree Doctor of Laws.

“One of my proudest moments was introducing him at the Commencement ceremony. As someone who began his education in a country schoolhouse, he was deeply moved by that honor,” said Judith Brodhead, associate professor of English and City of Naperville councilwoman. “He understood the value North Central College had for the community, and the College understood what a treasure George Pradel was for Naperville.”