Connecting North Central with Naperville. Ensuring mental health. Cultivating the work of artists and performers. Building through industry and technology. Protecting and defending the law.

The 2018 Outstanding Alumni Award honorees used what they learned at the College to make their mark on the world and give back to those who helped them do so. Read more about them and check out photos from the Homecoming Reunion Celebration below. 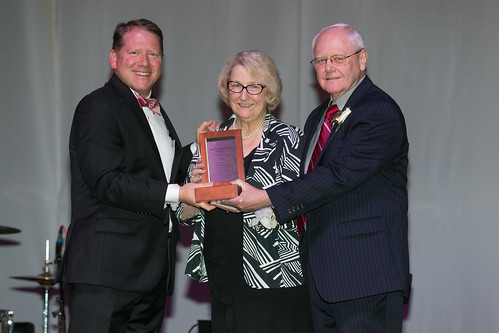 Evie Craig ’75 is a leading nonprofit administrator and executive director of The Arts Asylum, a low-cost workspace for artists and performers in the Kansas City area. She recently completed 12 years as president and CEO of reStart, Inc., Kansas City’s only homeless agency that serves all populations. Craig helped grow reStart’s annual budget from $1.33 million to $7.17 million in just over a decade. She also secured funding for permanent housing, helped double the Street Outreach program in size and worked to house homeless veterans. Craig was named to the 2015 Influential Women in Kansas City Business. Craig earned a B.A. degree from North Central and an M.A. in English from Indiana University in 1981.

Jon DeSouza ’98 is one of the nation’s top executives in industry and technology. He is the president and CEO of HARTING Americas, one of the leaders in industrial connectivity across North America. DeSouza brokered a partnership between HARTING and North Central College that included donating the HARTING Electronics Lab inside the Dr. Myron Wentz Science Center. Equipment in the lab will help students work with the latest real-world technology as part of the introduction of North Central’s new engineering programs. DeSouza has also worked with North Central to provide internships to students and bring a HARTING business conference to campus. DeSouza has a B.A. in international business and is proficient in Portuguese and Spanish.