Cadet Michael Pollack ’21 has earned a prestigious scholarship from the U.S. Air Force that will cover all his remaining expenses for tuition and fees at North Central College. The U.S. Air Force In-College Scholarship program accepts applications from cadets across the nation who are currently enrolled in a four-year institution.

Pollack competed on a national level and scholarships were awarded to 1.3 percent of the applicants. The scholarship is valued at more than $116,000 and Major Jason Sterr—the operations flight commander who oversees the detachment of cadets—was on campus to make the award.

“Being in the military and becoming an officer has been on my mind since I was recruited in high school to play basketball by the Naval Academy,” explained Pollack, who started in the Reserve Officer Training Corps program in fall 2018. “So far, joining ROTC is one of the best decisions I’ve made.”

The scholarship was awarded based on Pollack’s academic record and leadership qualities. Pollack also has the credentials to pursue undergraduate pilot training. He is majoring in physics and is a member of the Cardinal men’s basketball team.

“I’m not sure of my career goals with the Air Force yet,” he added “I could be in for four years, 10 years or 25 years, but no matter what I do it’s a great foundation going forward.”

North Central enrolls both U.S. Army and U.S. Air Force cadets, who may also be eligible for a grant for room and board at North Central. For more information, visit the ROTC page on the North Central website. 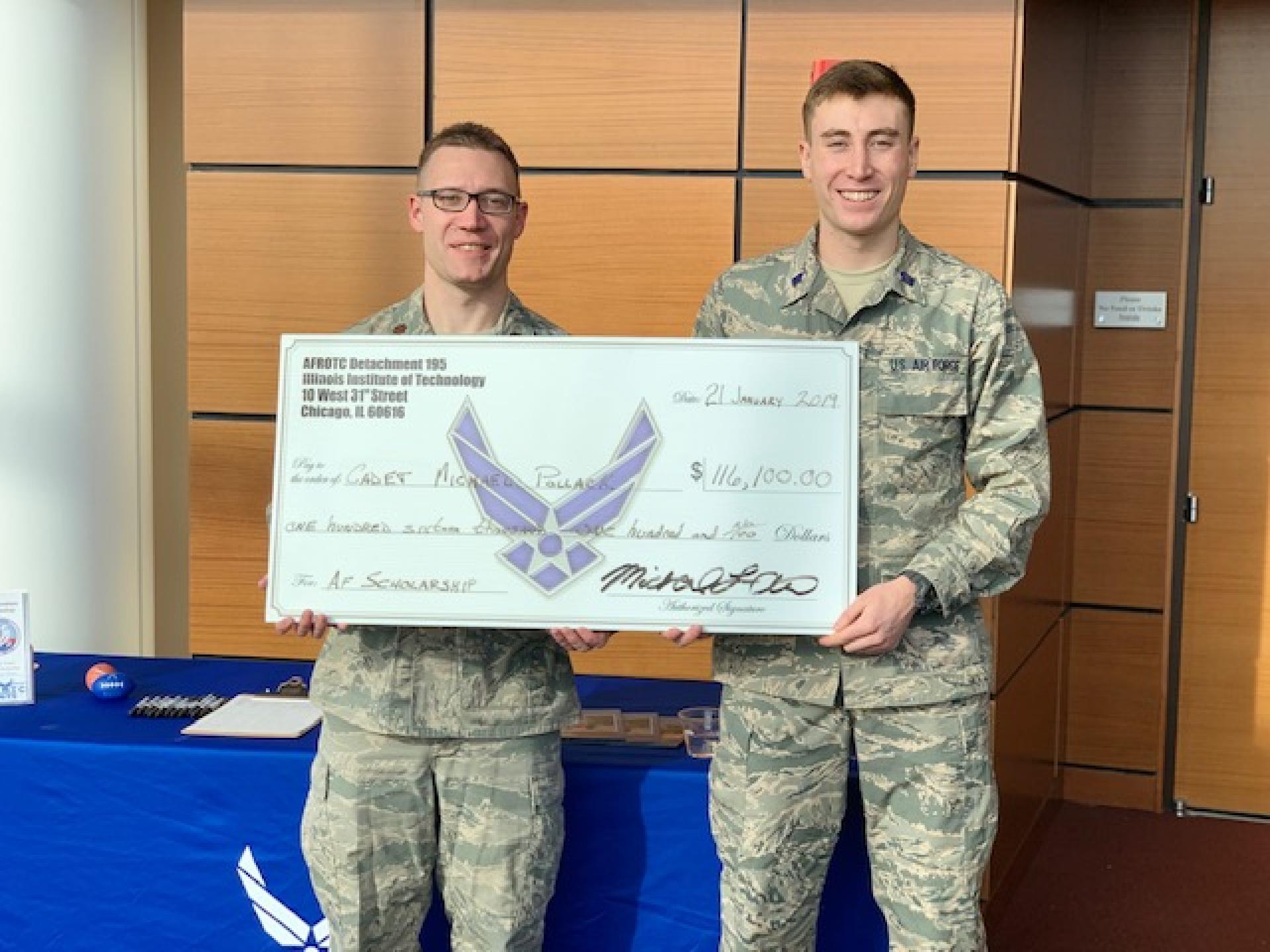