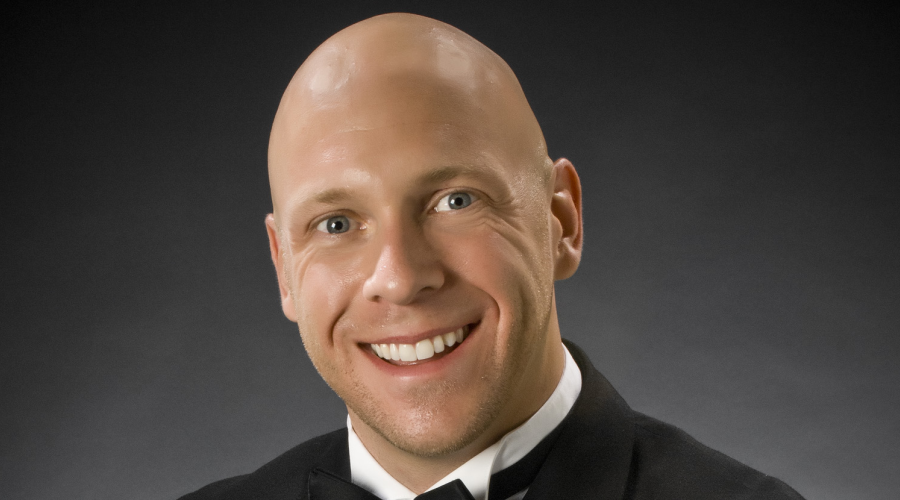 Sean Kelley is Associate Professor of Music, Coordinator of Music Education, Associate Director of Bands, and Director of Athletic Bands at North Central College in Naperville, Illinois. His primary responsibilities include teaching courses in instrumental conducting and directing several ensembles, including the NCC Chamber Players, a music education laboratory band, the Cardinal Marching Band, two basketball bands, and The Naperville Winds (a professional, art music-focused wind ensemble, which Dr. Kelley founded in 2021). He also oversees all aspects of the Bachelor of Music Education Degree program and teaches courses in Brass and Woodwind Techniques and Secondary Ensemble Methods. Prior to arriving at North Central, Sean served as Director of Bands for the Hillsboro and West Clermont school districts in Greater Cincinnati. He holds degrees in music education from Wittenberg University and the University of Cincinnati College-Conservatory of Music, and degrees in wind conducting from Wright State University and the University of Oklahoma.

Dr. Kelley is an in-demand guest conductor, guest composer, and clinician for elementary, middle, and high school band programs, as well as a consultant for colleges and universities wishing to emulate the success of North Central’s concert and athletic band programs. He has adjudicated music ensembles across the Midwest with the Central States Judges Association, and has served as Director of the Wright State University Concert Band, Assistant Director of the Cincinnati Junior Youth Wind Ensemble, and as a teaching graduate assistant with the University of Oklahoma’s Wind Symphony, Symphony Band, “Pride of Oklahoma” Marching Band, and "Sound of the Sooners" basketball band. Sean's compositions for winds and percussion have received “highly recommend” endorsements from The Instrumentalist magazine and have been performed by high school and collegiate ensembles throughout the United States.

Under Dr. Kelley's direction, The Naperville Winds released their first album on July 1, 2022 entitled, "Beginnings." It is available wherever music is streamed or downloaded.

Kelley, Sean. The Effects of SmartMusic® on the Performance Ability and Content Knowledge of Preservice Music Teachers, and Perception of Smartmusic® as a Means of Supplemental Instrumental Music Education. Cincinnati, Ohio. University of Cincinnati College-Conservatory of Music, 2011.