After years of experience in computer programming, Jennifer Dust ’16/M ’17 is hoping to recode the stereotype of women in the sciences.

“It’s the natural assumption that when you think of programming you think of a guy in his basement with Cheetos and Mountain Dew,” says Dust. “But that’s not it.”

This winter, Dust initiated North Central College’s first Girls Who Code Club, a national nonprofit organization dedicated to closing the gender gap in technology and computer science. Composed of a series of courses, the club aims to strengthen and nurture young girls’ interests in technology and the sciences.

“I really loved the challenge,” says Dust (photo, below), who’s completing a master’s degree in computer science. “When your code doesn’t work and then you make it work … it’s that ‘aha!’ moment.”

Dust was inspired to initiate Girls Who Code at North Central after visiting the local club at the Naperville Public Library. After promoting the campus course to surrounding grade schools and high schools, Dust received more than 120 applications for the 30 available positions.

Now the second Girls Who Code location in Naperville, the 19-week course aims to prepare young girls for a future in computer science and technology through lessons on conditionals, iterations, repetition, variables and loops, among other programming concepts. By learning these skills at an early age, Dust believes her students will have an advantage by the time they apply for college.

“We need the next generation to be creators and developers,” says Dust. “We need to educate our girls. They’re 50 percent of the workforce, and they should be as involved as possible.”

However, Dust knows she must overcome larger barriers in preparing her students. According to Girls Who Code, the percentage of women in computer science at the college level continues to shrink: roughly 66 percent of 6- to 12-year-old girls express interest in computer science; however, by college, this percentage drops to 4 percent.

Dust says that a survey of her students upon enrolling for the course indicated a majority of girls were unaware that other girls their age also coded, many of whom attended the same school.

“Early education efforts such as coding games have become a popular way to engage young learners,” says Jensen, who’s majoring in computer science and interactive media studies. “Yet, there are few games developed specifically to appeal to and encourage girls to pursue computer science.”

In Coding Rosies, Jensen illustrates computer science’s ability to do good for society. She also incorporates representations of diverse role models to increase girls’ interests in computer sciences. Members of Girls Who Code were able to pilot the game and provide feedback for improvement.

Additionally, Dust has invited women of the sciences, including North Central College professors of neuroscience, chemistry, biology and physics, to speak to the girls about their own experiences. She hopes their presence as well as her own will encourage and empower her students to continue studying the sciences beyond middle and high school.

“I don’t want them to give up on the sciences,” says Dust. “That’s why I want to be a professor. You can’t have a role model if none exists.”

Dust will begin her Ph.D. in computer science in fall 2017. Her current research focuses on biomedical devices and improving memory in patients with cognitive disability. She is also responsible for beginning North Central’s new chapter of Upsilon Phi Epsilon, a computer science honor society.

For more information on Girls Who Code, visit girlswhocode.com or contact Dust at jldust@noctrl.edu. 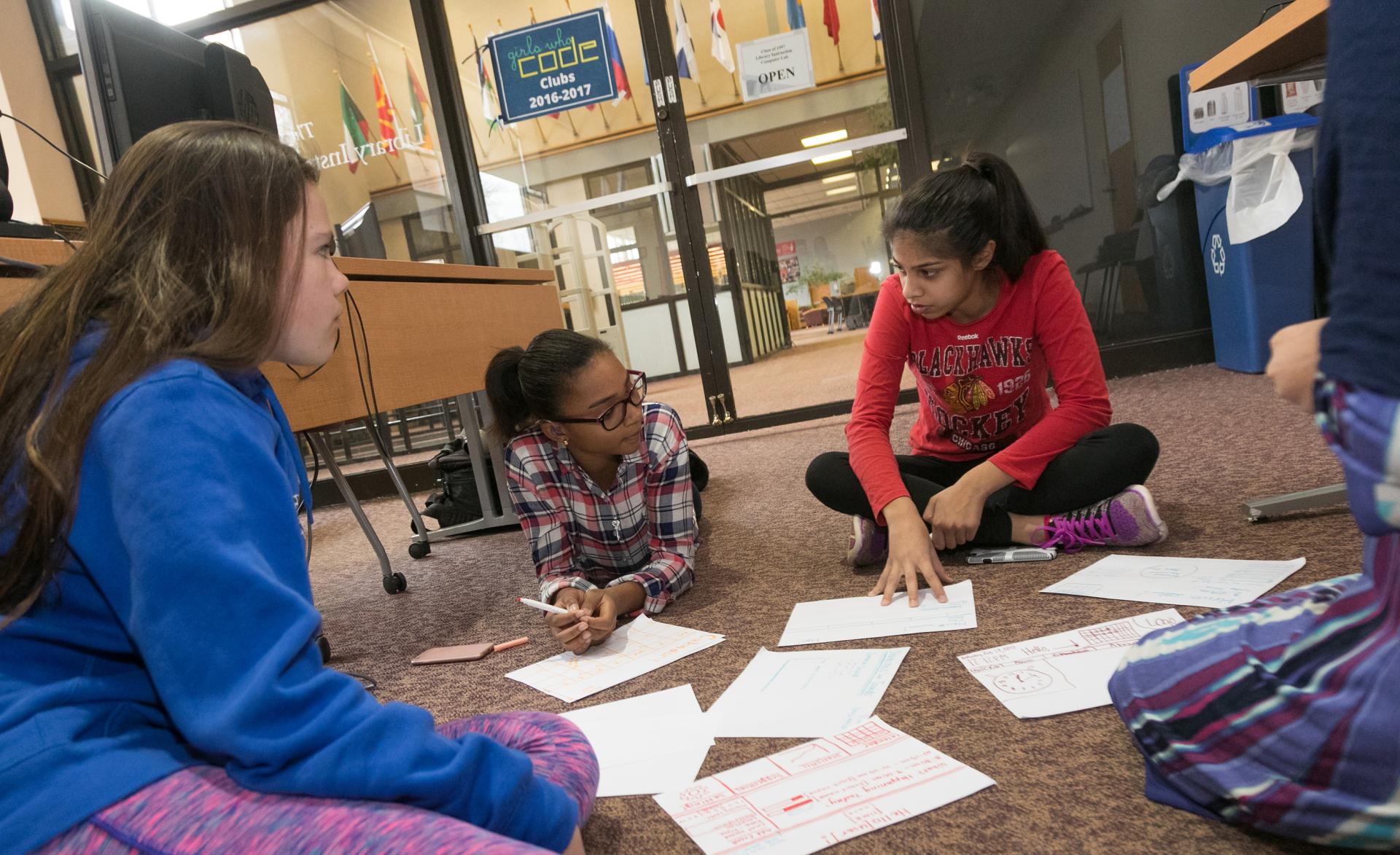