Alumni find their ‘happily ever after’ in the Magic Kingdom

Jessie Eastman ’17 was one of those students. A double major in broadcast communication and organizational communication, she completed a merchandise and sales internship at the park during her junior year.

“I loved it so much that I knew once I graduated I would have to make my way back down to Disney,” said Eastman (photo, below). She got her chance, returning to work in merchandise at the Emporium in the Magic Kingdom, the park’s largest retail store.

Other Disney College Program alumni share Eastman’s passion and reapplied to Disney after their first internship. “I fell in love with Disney, so I knew I had to return after I graduated,” said Linnea Griffin ’17, a musical theatre major who originally worked in merchandise at the Art of Animation resort and now works as a character attendant.

As a character assistant, Griffin is responsible for introducing characters to guests and explaining their backgrounds. “My theatre classes helped me a lot with my acting and storytelling, but also my way of communicating with guests,” said Griffin (photo below). “I eventually hope to be a performer, but for now I'm having an absolute blast working with all the characters and learning about entertainment at Disney World.”

Deanna Brand ’16 graduated with a degree in sport management and was drawn to Disney for its once-in-a-lifetime opportunities.

“Being able to say I work for Disney means I get the opportunity to be held to one of the highest standards in the world,” said Brand. “Disney prides itself on being the best in the industry, so I wanted to learn from their business model.” She now works as a merchandiser, area trainer and coordinator.

For these alumni, the skills they learned at North Central were crucial to their day-to-day responsibilities at Disney.

Ambrielle Barker ’17 graduated with a major in psychology and now works as a character performer. “Since acting plays an integral role in my job at Disney, my coworkers are always surprised when I tell them I was a psychology major,” said Barker. “Thanks to North Central's focus on a liberal arts education, I was able to take several dance and theatre classes and continue to foster my artistic side as well as my scientific one.”

These alumni face unique challenges every day interacting with thousands of guests from the four corners of the world, but had a tougher time when Hurricane Irma hit Orlando in September 2017 and shut the park down for two days. They worked alongside Disney World’s 70,000 employees to get the park up and running again.

Brand was part of the cleanup crew, and spent the day after the hurricane removing sand bags and clearing debris. She was amazed at the effort put in for the cleanup. “We were back in full operation the following day, and to the guests it looked like nothing hit Disney,” said Brand.

Since guests weren’t allowed in the parks during the storm and cleanup, many alumni spent their time entertaining the families who stayed at Disney resorts. “That was when I saw Disney magic come to life,” said Eastman. “So many amazing cast members came together to play games and have fun with the families for 48 hours straight.”

“One family I met was especially inspiring; they were from Puerto Rico and came to Florida to evacuate,” said Barker. “In that moment I felt very thankful to be there and help provide that moment of escape for that family.”

The hurricane couldn’t dampen the spirits of North Central alumni, who are enjoying their diverse roles in the park. “I have always wanted to make a difference in the world and Disney allows me to do that,” said Brand. “Not many people in the world can say on their résumé that they make magic.” 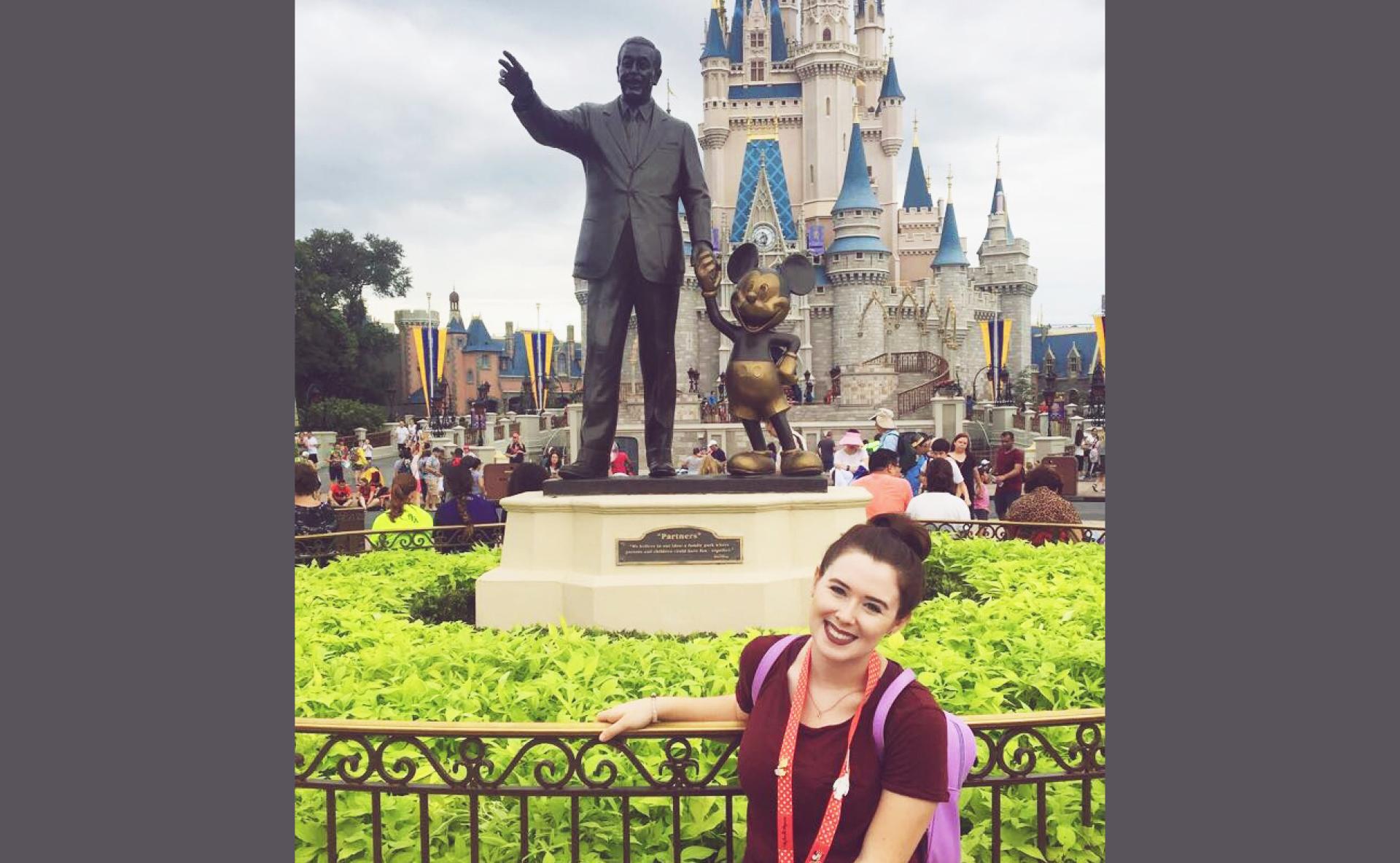