North Central College will host the 12th annual Chords for Kids concert March 3. The free concert is an opportunity for children with autism or other special needs and their families to enjoy popular instrumental performances, ranging from classical music to popular Disney tunes and interactive songs like “YMCA” and “SpongeBob SquarePants.”

Audience members are free to sing out loud, cheer and move around during the concert. “Our motto is ‘wigglers are welcome,’” says Van Oyen. “The purpose of the performance is to offer families a night out at a concert without the usual social restraints.”

Kristen Clark ’18 is a music major who will be performing for the fourth time at Chords for Kids. “I feel like a rock star every time we play Chords for Kids, because the kids just love it so much,” says Clark.

The performances also introduce dancing and sound effects to the music, allowing families to interact.

“In years past I’ve been the pirate that runs out on stage before we play ‘SpongeBob SquarePants,’” says Tanner Cassidy ’18, a music major. “It’s awesome to wear an eyepatch in a tuxedo, and the kids get so excited to sing along when the music gets going. I’m just happy to do it all over again. Every year we come up with new and exciting ways to involve the kids.”

After the performance, children can have their picture taken while “conducting” the ensemble band.

Clark recalls last year’s conductors providing her most memorable experience. “I expected most of them to be really shy or nervous, but they weren’t! All of them had the biggest smiles and were so confident,” says Clark. “Even better was watching the parents. At this concert the kids can just be themselves, and I saw how happy that made the parents.”

For students, this concert has helped inspire and shape their future.

“The first time I played in Chords for Kids, I realized that my music has a direct impact on my community,” says Rachel Finnes ’18, a music education major. “As a future educator, there is a huge benefit to being in the ensemble. As students, we are able to give the community a service.”

There will be a reception following the performance, offering audience members an opportunity to enjoy refreshments in a family friendly atmosphere. 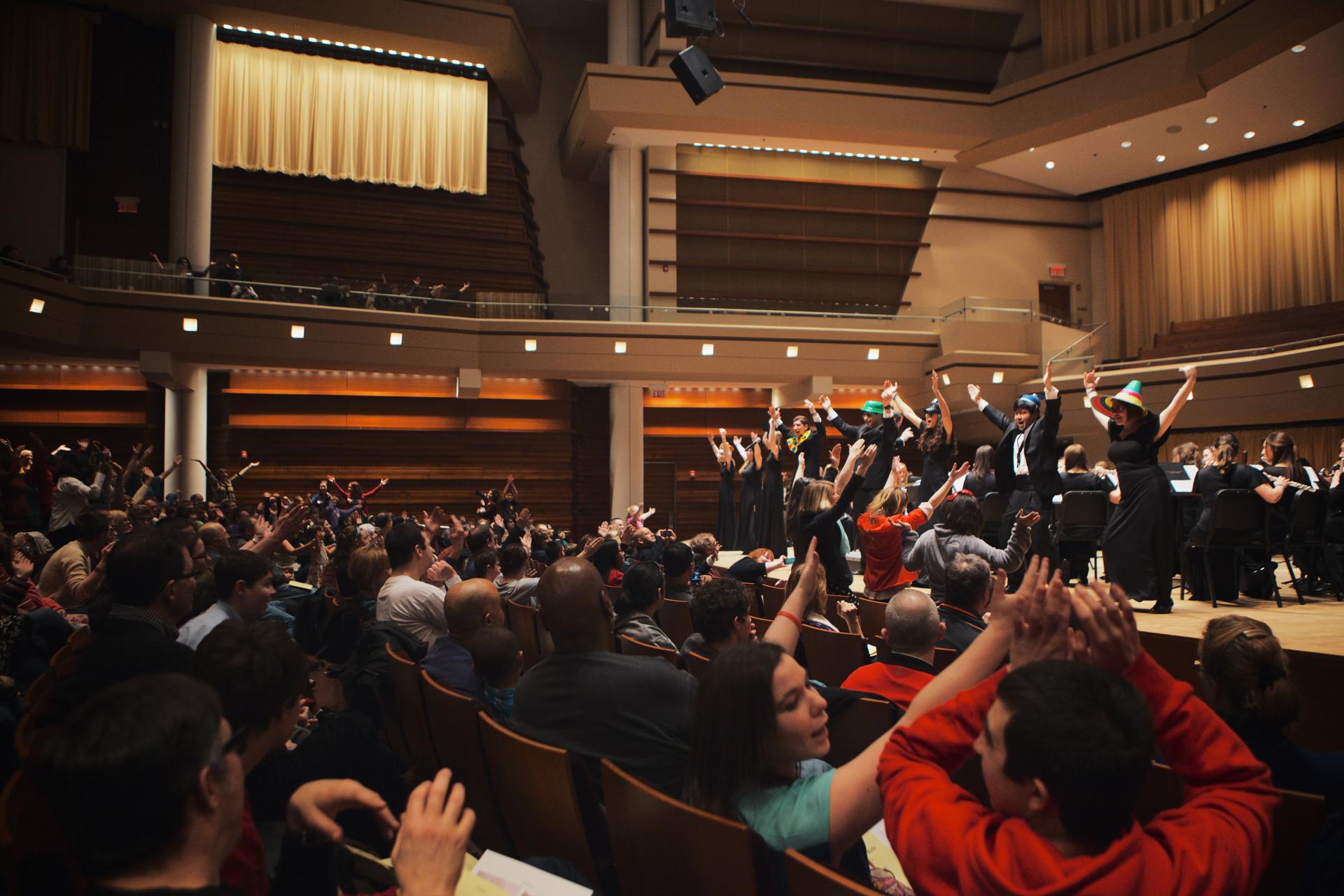