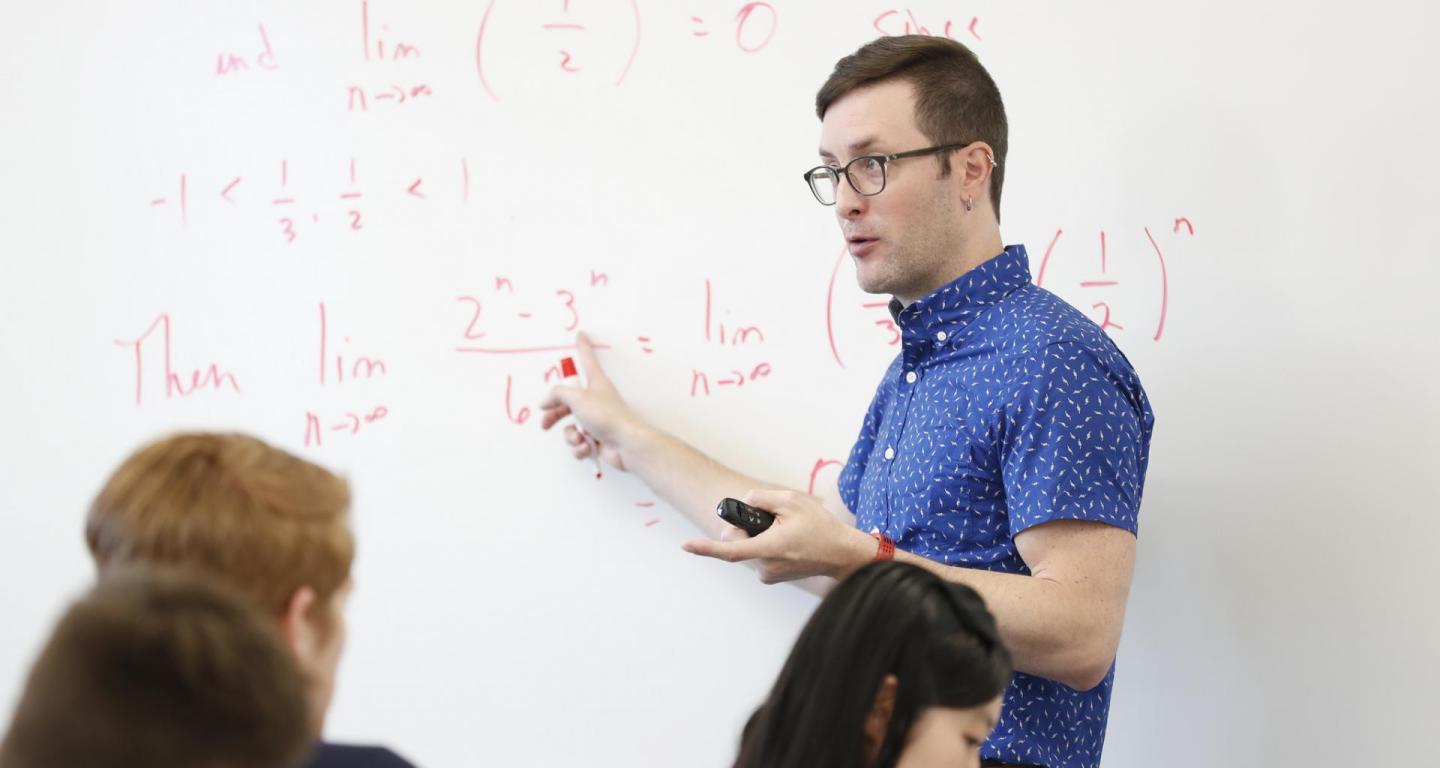 Most college students yearn to make an impact from their time on campus. For North Central College students Andrew Hayes ’18 and Joseph Schmitt ’18, their legacy isn’t just personal, it’s record-setting. Hayes and Schmitt are the first-ever to have passed four Society of Actuaries (SOA) exams as undergraduate students at the College.

The average pass rate for actuarial exams is 40 to 45 percent; however, in the last two years, the pass rate for North Central students has been between 75 and 90 percent.

There is significant amount of preparation needed to pass an actuarial exam. In fact, Marco Martinez, assistant professor of mathematics and coordinator of the actuarial science program, explained that the hardest part of these exams is the time and effort required to prepare.

“On average there are 30 to 35 questions per exam,” said Martinez. “As a result, it is recommended a student spend up to 300 hours studying for each exam.”

Having passed these exams as undergraduate students puts both Hayes and Schmitt ahead of the curve.

“Now, I have a head start in my career,” said Hayes. “I can focus more on the transition into my career because I won’t be worried about studying for my next exam simultaneously.”

“Passing four exams as an undergraduate gets me six months ahead of reaching the goal of any actuary, which is to become a fellow of the SOA,” said Schmitt.

North Central College provides a high-level of support and preparation to its actuarial science majors and has a track record to prove it.

“In the last three years, students that have passed two exams and obtained an internship have 100 percent job placement in the actuary industry,” said Richard Wilders, professor of mathematics and director of the Lederman Scholars and Community Scholars.

Actuaries are among the top two ranked careers in business, according to U.S. News and World Report. In fact, the U.S. Bureau of Labor Statistics cites an 18 percent projected job growth for the field through 2024.

North Central is recognized on the SOA’s listing of Universities and Colleges with Actuarial Programs (UCAP) and is one of the few schools with a full-fledged actuarial science major offered jointly by two departments—mathematics and finance.

Hayes credits the College’s small class size as the key to receiving all the personal attention he needed to prepare for the probability and financial mathematics exams.

“Each member of the faculty truly care about all of their students, so it was easy to get through the many rigorous courses with them pushing me to better myself,” said Hayes.

Actuarial science majors need to excel in multiple areas—economics, finance, math, and statistics and probability. North Central College students have the opportunity to explore additional skillsets in other disciplines.

“Larger institutions focus on teaching to the exams, whereas our students are good at mathematics and also good communicators,” said Martinez. “Recruiters like that North Central students are well-rounded.”

“North Central has not only given me the math skills an actuary needs, but provided me with opportunities to stand out through my other courses, such as public speaking and business communications,” said Schmitt. “Having these skills is what landed me a position before I even graduated.”