Three enterprising members of the North Central College chapter of Enactus are applying their knowledge and expertise to a socially conscious business that addresses one of today’s pressing issues.

Brandon Malone ’18, Will Welch ’19 and Gaby Rago ’21 are the driving force behind SureGrow Gardens, a company using alternative methods to grow produce indoors. Their goal is to combat the presence of two food deserts—or areas where there it is difficult to access fresh produce—in the Aurora/Naperville area while providing education to North Central students and the public about sustainable forms of gardening.

Their journey started with Malone, a recent graduate with an accounting degree who was raised on a farm in Bonfield, Ill. and grew up with gardening. His passion was stoked as a high school 4-H competitor, when he won state fair prizes for his vegetables. He knew there was a great idea to be found in the garden, but he wanted to take a different approach from the norm.

“Urban farming is getting used more; not so much because it’s more popular, but because in traditional farming there’s getting to be a lack of farmland,” said Malone. “When traveling around somewhere as prosperous as Naperville, I saw that there were a lot of empty buildings. One day it just dawned on me: ‘What if we did an indoor gardening center?’”

Malone researched hydroponic gardening, a process by which a seed pod is placed in water that is enriched by nutrients instead of soil and nourished by LED lights as opposed to the sun. Inspired by the decline in traditional farming, as well as the issue of food deserts, he reasoned that hydroponics and raised beds could be used to grow vegetables in an urban environment, even indoors. 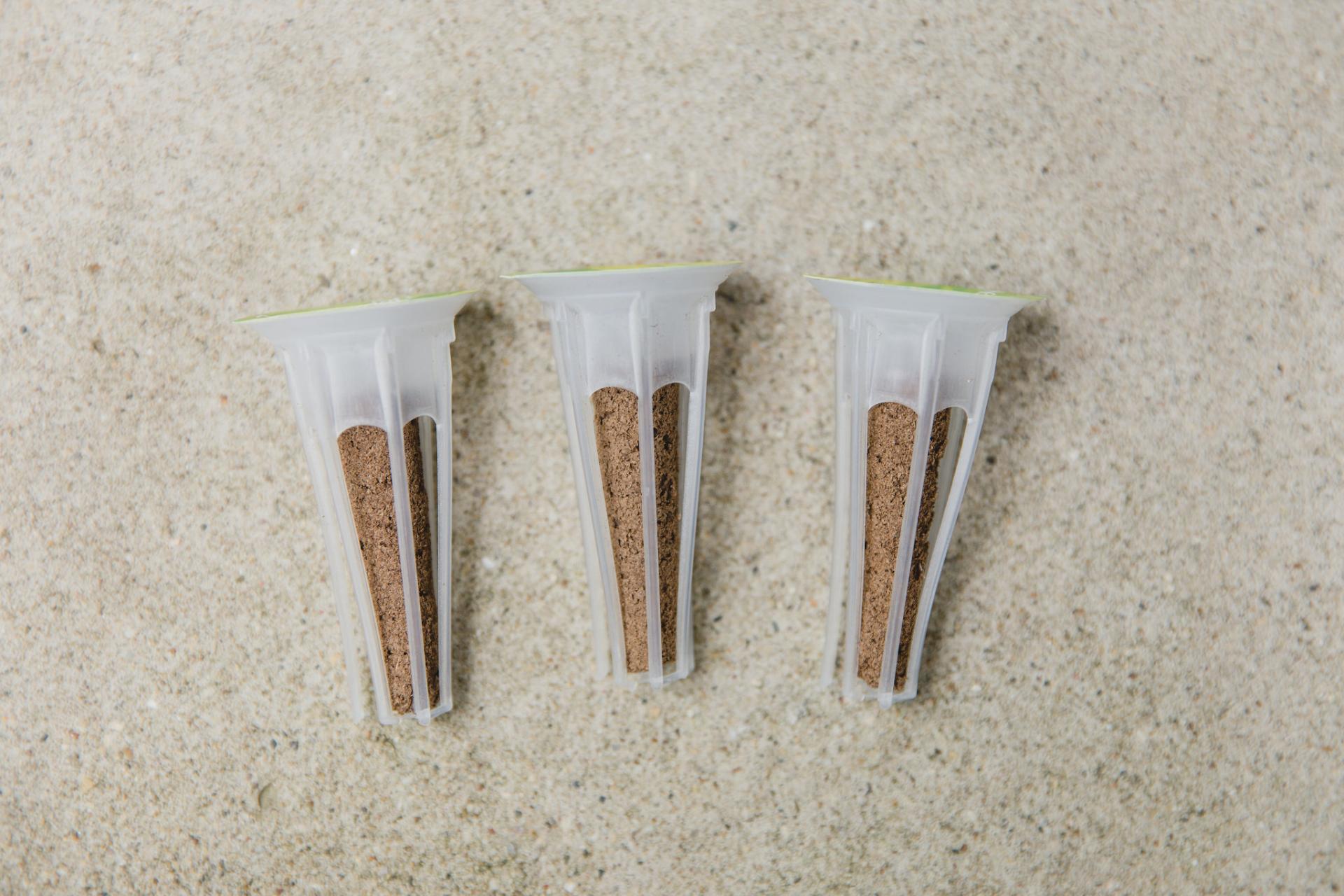 The seed pods SureGrow starts with.

“We realized there was a need and a lot of community interest. We knew people would love it in this area with local sourcing of food becoming popular,” Malone said.

Malone enlisted Welch, a fellow Enactus member who also comes from a farming and gardening background. Welch presented the project in his Social Entrepreneurship class and then suggested they take it to the Changemaker Challenge, a student pitch competition designed for “innovative ventures or projects that respond to a social, economic, environmental or justice issue of (the students’) choice.” Malone worked on generating a business case study and Welch created the presentation for the competition.

In November 2017, they made their pitch, which resulted in great success. SureGrow took one of four top prizes at the competition and was awarded a $2,500 grant to go toward the goal they presented: the purchase of two cabinet-sized hydroponic units that would produce larger quantities of vegetables.

“The Changemaker Challenge was a turning point for me,” recalled Malone. “After working on that business plan and seeing Will presenting it … not only being selected to receive funding but talking with all of the individuals who reached out to us, asked us questions and got excited about it was a great feeling.“

The goal for the company is to create a sustainable, open community garden where people will not only be able to grow their own food, but receive training and education on indoor gardening as well. The owners hope to sell their vegetables at local farmer’s markets and to businesses and restaurants looking to capitalize on the popularity of farm-to-table food. Sales will help finance their community-based efforts and eventually expand to more locations.

Malone, Welch and Rago have been working diligently toward proof of concept. Malone took the initiative to set up a hydroponic unit in his home, along with a raised bed right outside his front door that was donated by Erich Schott of Buckingham, Ill. He planted plants traditionally in the soil in front of his home as well, testing whether the alternative methods would produce vegetables as efficiently as the old-fashioned way. 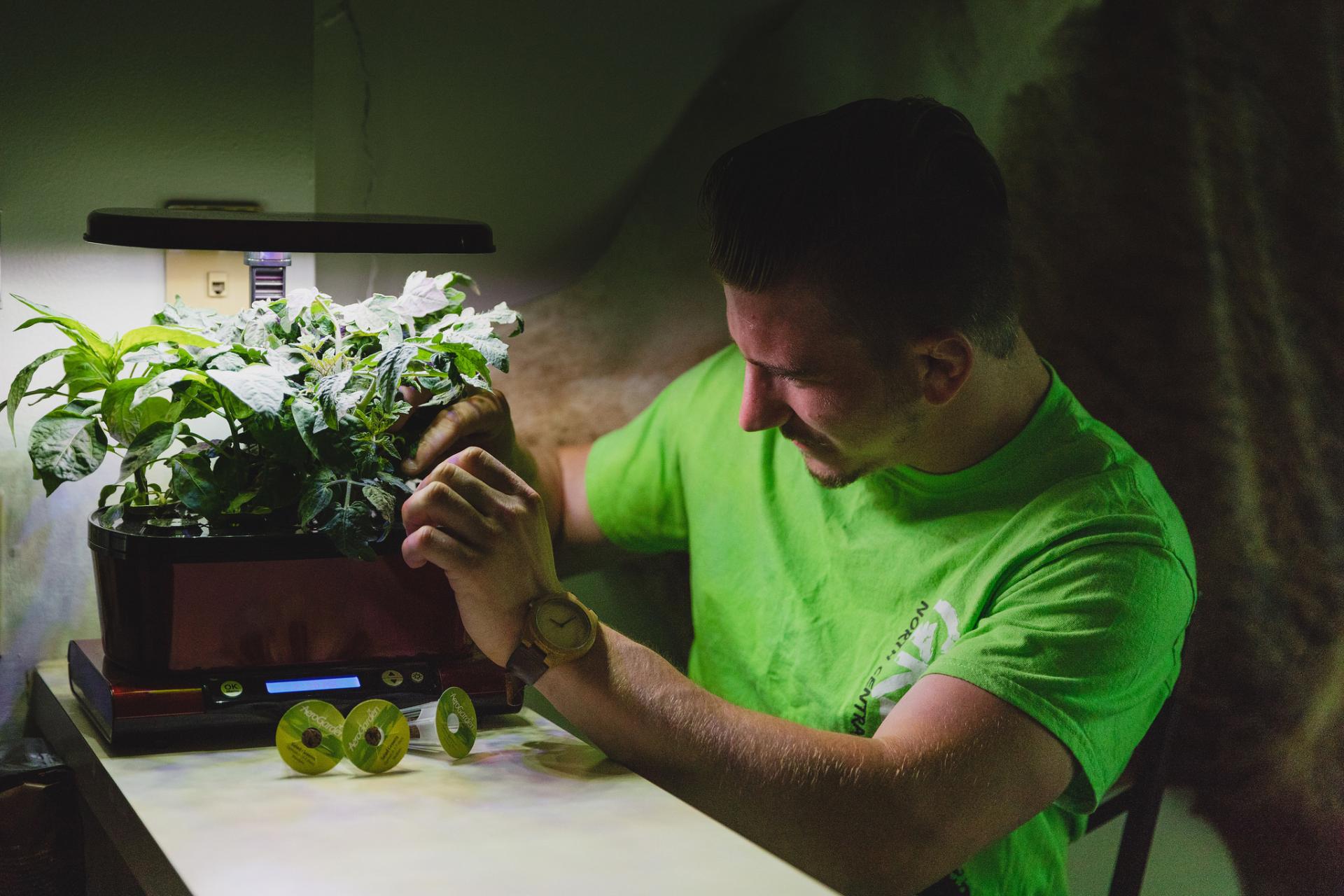 Brandon Malone works on the hydroponic unit in his home.

Along the way, the founders have consulted with local experts in business and agriculture, including the Green Earth Institute at McDonald Farm in Naperville and Up Farms, a vertical farming facility in West Chicago, Ill.

Most importantly, the company has received commitments from three different investors and partnered with four community groups and businesses, including the West Suburban Food Pantry in Woodridge, Ill., which will receive a portion of SureGrow’s produce when it goes into full production.

The critical next steps will be securing the larger hydroponic units and finding a permanent location for their plants. Malone’s first crops were herbs like mint, parsley and dill. He was able to grow them in abundance in only 20 days, but he was soon thinking bigger.

“We started growing tomatoes and peppers to differentiate ourselves from the competition,” said Malone. “Most growers focus on greens and herbs, so we thought we should add something more substantial.”

With a space the size of an apartment, SureGrow’s crops are limited, but in a larger, open space with bigger hydroponic units, Malone estimates they will be able to grow 30 to 40 times as many tomatoes and peppers. The next vegetable they will experiment with is lettuce, another quick-growing crop. They are scouting locations and interviewing possible sellers now.

“We want to give back to the community; to allow people to grow their own indoor gardening plots, because that would make us essentially one of the first in the nation to allow that,” Malone said. “If we can get big enough to eliminate even one of those food deserts in Aurora that would be huge.”

Malone, Welch and Rago bring many different skills and ambitions to the table that should benefit the company over time. Malone has secured a position doing auditing and financial analysis for the Walmart corporation, and has made plans to buy a restaurant in the Kankakee, Ill., area—which he hopes will serve SureGrow vegetables before too long.

Welch is a member of the North Central baseball team and a management major who plans to pursue an M.B.A. in supply chain management after graduation. Rago, who will join Welch as a head of the company with Malone graduating, started as a theatre major and was inspired to take on an additional major in marketing in part because of this project.

Carolyn Bania ’19 and Kimmy Duong ’21 have also helped with social media and marketing of the company.

Malone hopes their collective efforts will inspire others to support the cause. “There are so many food deserts in the country, if we can encourage a couple more individuals in their communities to start something, whether it’s a gardening center or a sustainable food source, that’s the ultimate goal.” 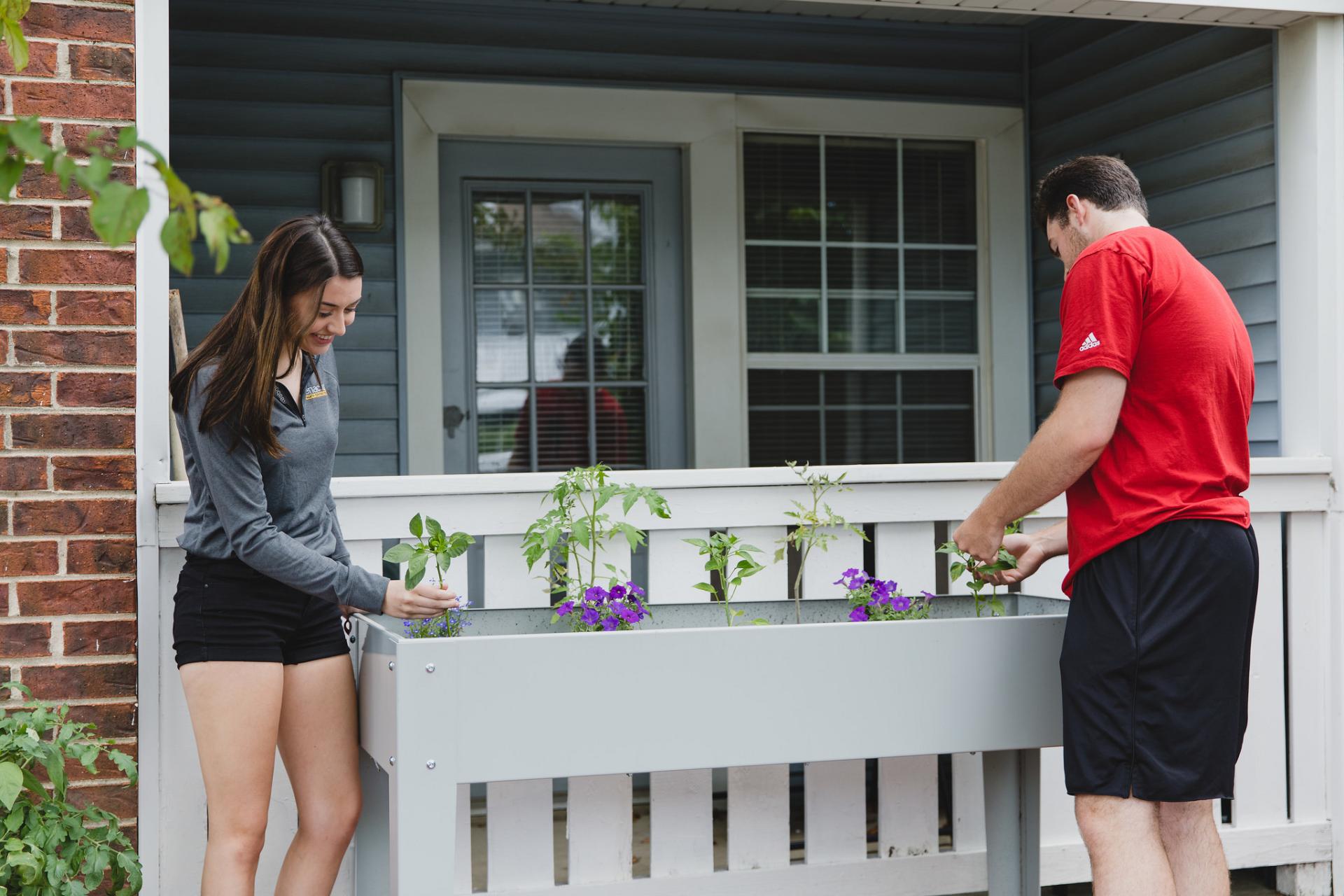 Gaby Rago and Will Welch work on the plants in their raised beds.