The humble battery: centerpiece of many a successful phone call, and just as many nightmares for beleaguered students working on a deadline. We use them all the time, but pay little mind to what goes into making them such a valuable and necessary tool or how we could make them better. That’s where North Central College science majors come in.

“Our research centers on the use of ionic liquids—salts which are liquid at room temperature—for ion batteries, such as lithium ion batteries,” said Nicholas Boaz, assistant professor of chemistry. Lithium ion batteries are commonly used to power cell phones, laptops and personal music devices, among other items. 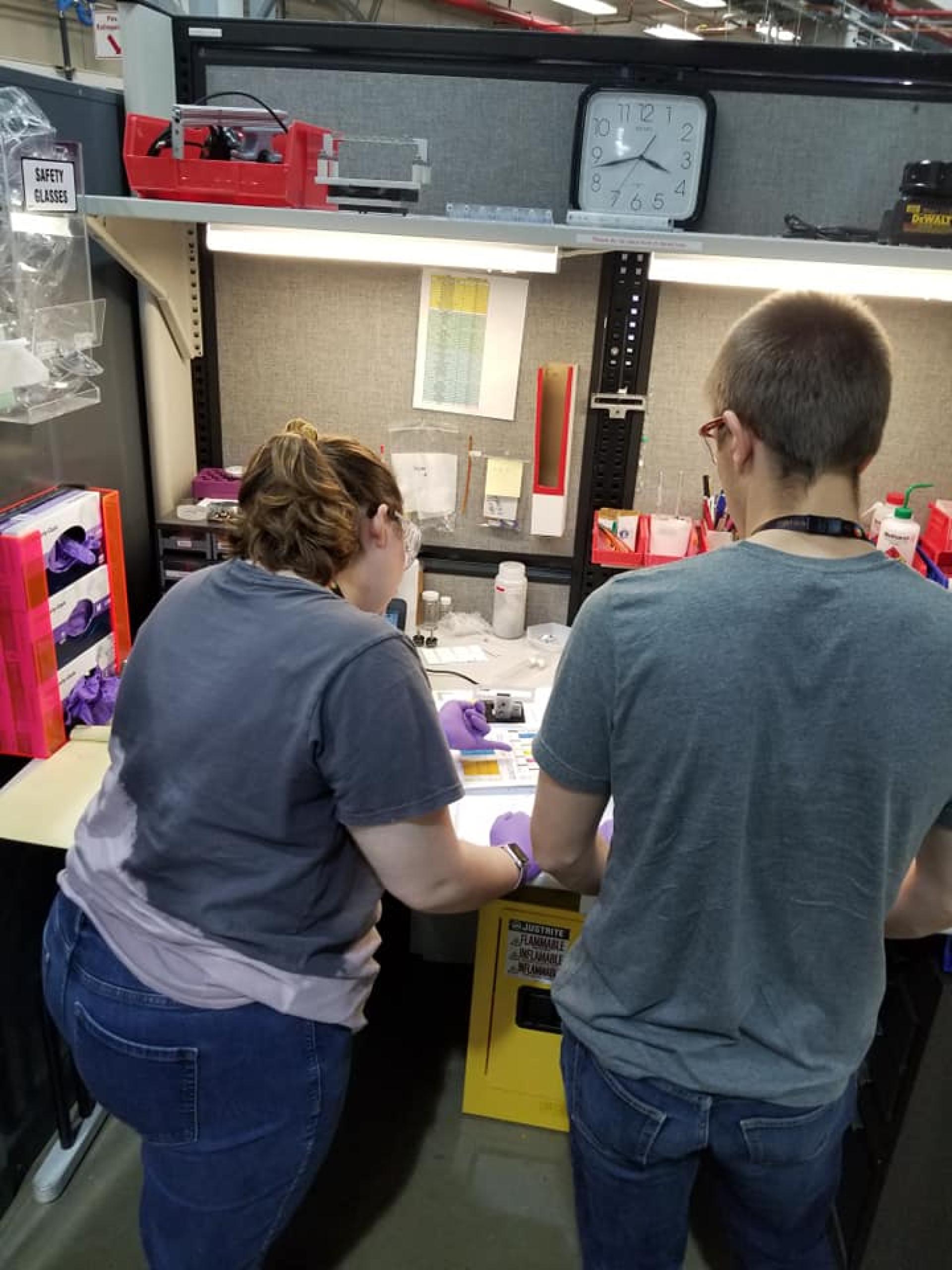 Students are running tests on ionic liquids to find out more about their structure and how they interact with alkali metals like lithium, sodium and cesium.

“Central to using ionic liquids in batteries is understanding what ions such as lithium do while dissolved by an ionic liquid,” said Boaz.

To find that out, the North Central students used just one of the many applications of the APS. “Our specific experiment used X-ray beams to take a look at structures of ionic liquids from room temperature up to 180 degrees Celsius,” said Formanski.

The researchers combined materials to make synthetic ionic liquids for use with the APS. Analysis of the way the X-ray beams scatter through samples of the liquids will help the students determine their viability for use in batteries.

“Electrolytes carry a charge through a battery. Some batteries use metals like lead and cadmium as electrolytes,” Formanski said. “Ionic liquids have a lot of potential uses, especially as battery electrolytes.” 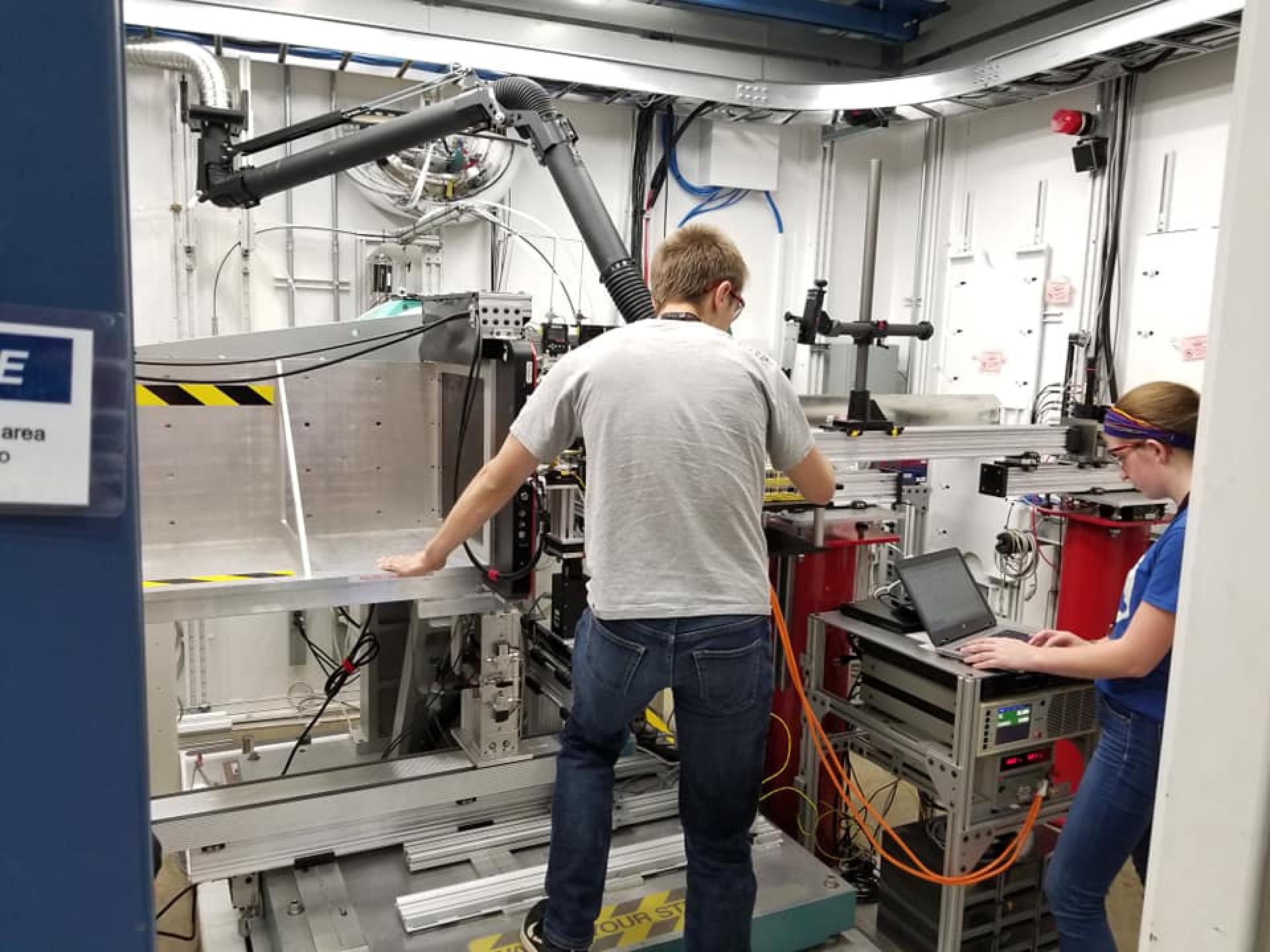 The students will continue to analyze the data they gathered at the APS, one of many experiments at the facility that produces some of the brightest X-ray beams in the world. Research done using the APS has led to breakthroughs in biology, physics and chemistry as well as environmental, geophysical and planetary science.

Formanski contends that this sort of research opportunity is part of the advantage of attending North Central.

“Being able to use the instrumentation at Argonne was a privilege,” she said. “Corporations like DowDuPont use space at the APS; as a small school, being able to spend time on the beamline there is a big deal and provides a certain type of experience that the classroom cannot.

“Working at the APS helped me gain confidence in my skills and abilities that I did not have before. It was stressful at times, but I left the APS feeling proud of myself and the work we were able to do.” 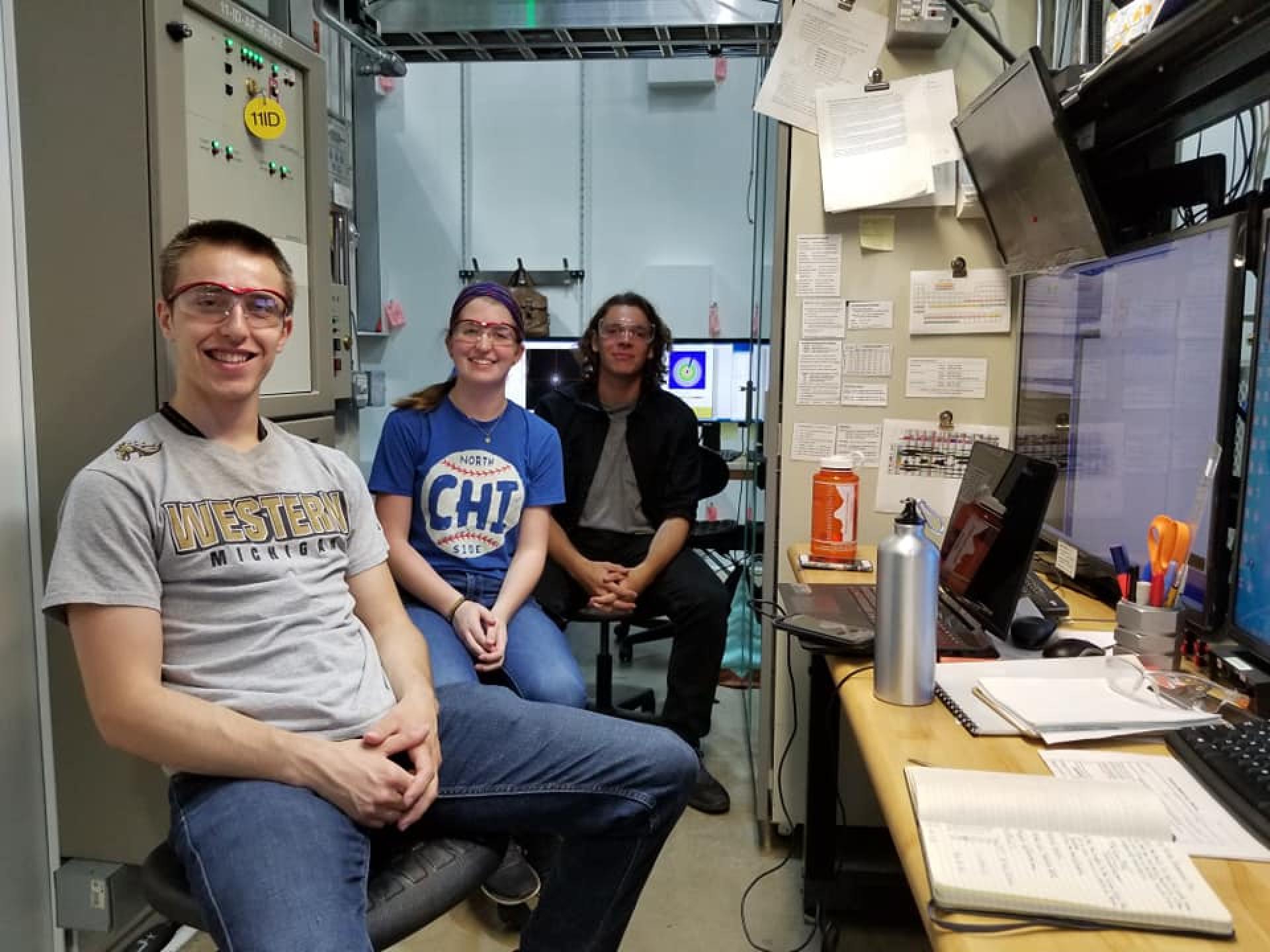