As the house lights dim, a deafening silence sweeps over the stage. The absence of sound allows stirring, dynamic character work to come to the forefront. This is the environment in which North Central College students will deliver an emotional performance of “The Laramie Project” October 4-7 in Meiley-Swallow Hall, 31 S. Ellsworth St.

This year marks the 20th anniversary of one of the most infamous hate crimes in American history, the murder of openly gay college student Matthew Shepard in Laramie, Wy. His murder changed Laramie and the discussion of hate crimes in the United States forever. North Central’s theatre department recalls the powerful story in their production of “The Laramie Project,” which chronicles the life of the town of Laramie in the year following Shepard’s murder.

The production also marks the 10th anniversary of the last performance of “The Laramie Project” at the College. Associate Professor of Theatre Carin Silkaitis directed that show as well as this one.

When the Tectonic Theater Project first staged “The Laramie Project” in 2000, members spent a year in Laramie, conducting more than 200 interviews with people from the town and depicting real people as the characters in the show. Following this tradition, North Central performers visited Laramie in August, talking to locals and walking in the same steps that their characters did.

“It was a rare opportunity and one I couldn’t pass up, because you don’t ever get to do that level of field research as an actor starting out, you just don’t,” said Alex Poe ’19, a theatre major. “Seeing the town of Laramie truly resonated with me and helped me understand the environment of the show.”

Silkaitis made sure that alumni from the 2008 cast were an integral part of this year’s performance. Christine Kent ’07 serves as sound designer and did her own research on the trip. Kent’s goal was to capture the distinct sound of the wind that blows through Laramie, which she’ll use in the production. Sounds, photography and video collected in Laramie will be featured in the performance on campus.

The cast agrees the most powerful moment of the trip was visiting the fence where Shepard was found by officials, bound, bloodied and left for dead.

“When I walked up to the fence where the sheriff found Matthew Shepard, it had an energy I can’t even describe,” said Grace Burmahl ’21, a musical theatre major. “It was truly touching, especially because I play the role of that sheriff. I was trying to envision what it must have been like for my character to see such a horrific scene. It inevitably brought me to tears.” 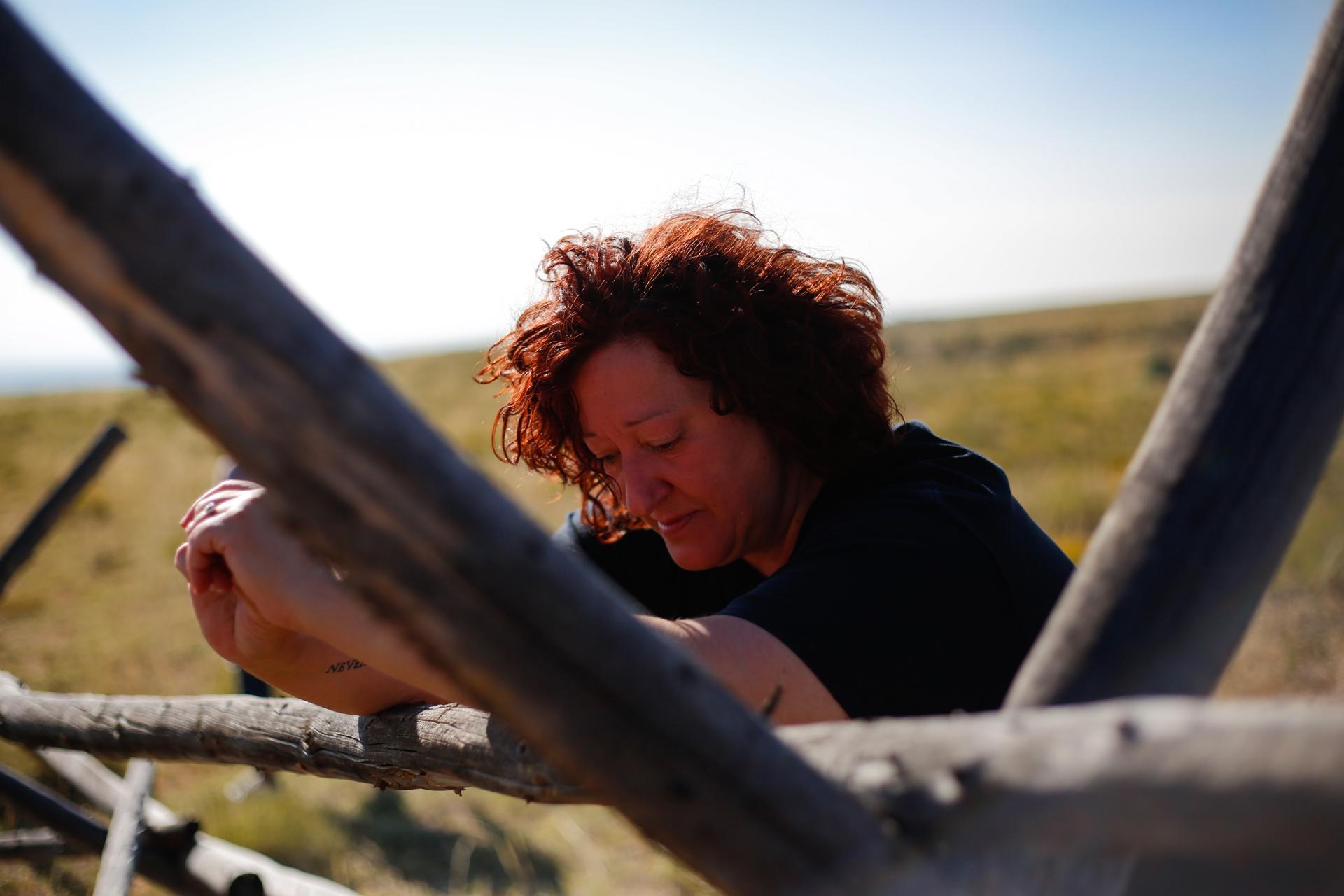 Carin Silkaitis reflects at the fence Matthew Shepard was left on

“The trip hit me in different ways,” said Nate Calaranan ‘20, a musical theatre major. “There is this stereotype that as a man you have to hold in your emotions, but this trip gave me the chance to let it out, to cry. Standing at the fence, all I could think was ‘I get it.’ It made sense. My character made sense. My emotions made sense.”

Throughout the trip, Silkaitis challenged cast members to not just portray the emotions of the characters in “The Laramie Project,” but to experience them as well.

“I’m always impressed by North Central students, but I was blown away at this cast’s emotional maturity and dedication to a production and its history, which all took place before many of these students were even born,” said Silkaitis. “It’s that realization that truly resonates with you as a director. It makes the production come to life.”

The cast plans to bring the experiences and emotions they felt in Laramie to Naperville through the run of performances.

“There are all types of people represented in this production and the audience is bound to resonate with one or many,” said Upasna Barath ’19, an economics major. “These are real people and this production strips away the marginalized details and brings facts to the spotlight. Hopefully this show acts as the mirror people need to see, the mirror society needs to see.”

Whether or not North Central will have another anniversary performance in 10 years is still to be decided. While Silkaitis loves the powerful message of the production, she looks forward to the day the world doesn’t need “The Laramie Project” anymore.

“I plan to direct this play every 10 years until I don’t have to,” said Silkaitis. 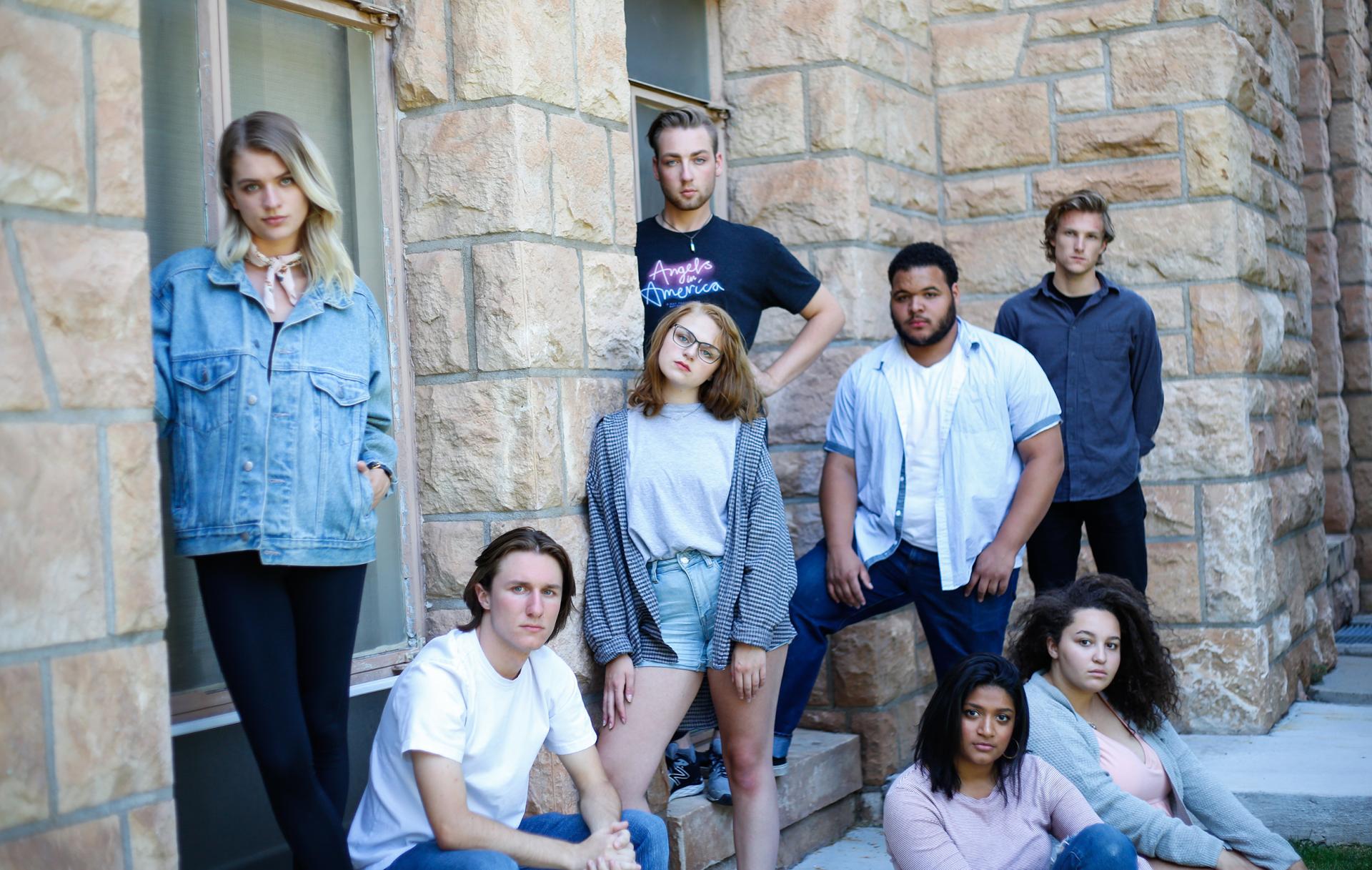