Behind the scenes with “Sweeney Todd” choreographer Carter Sherman ’19

With dress rehearsals underway for North Central College theatre program’s senior musical “Sweeney Todd,” we managed to steal some precious time from the show’s choreographer, Carter Sherman ’19, who gave us a glimpse behind the curtain in a Q&A. A theatre major, Sherman has acted in a number of North Central productions including “9 to 5: The Musical,” “Troilus and Cressida,” “Sweet Charity,” and “Iphigenia Among the Taurians.” In fall 2018, she was an ensemble intern at the Chicago Shakespeare Theater in the North American debut of “Nell Gwynn.”

What sparked your passion for theatre?

I've been doing theatre for as long as I can remember. My parents signed me up for all these different extracurricular programs when I was a toddler and theatre was the thing that stuck. I haven't stopped since I was a two-year-old in music camp.

What responsibilities do you have as the choreographer?

Choreographers are responsible for creating and teaching the dance numbers to the performers. In a show like Sweeney Todd, which the composer Stephen Sondheim described as a "black operetta," a massive amount of the show is sung-through, so not every song is a dance number. For this particular show we determined what numbers were more informed by dance and movement and which ones weren’t. Quite a few of the numbers are ballads or conversations so they don't all involve dance.

Why is the senior musical such a meaningful capstone project?

The musical theatre major requires the senior class to fully produce a musical as student designers. We apply for our prospective positions and submit essays regarding our interest in said positions. Based on our interests, experience, and qualifications, everyone is placed in a fitting role to help put on a fully-staged production, which is absolutely incredible. Choreography was my first choice. I feel really lucky to have this amazing learning opportunity. We have faculty supervision, but as seniors, we're really responsible for all aspects of the production including organizing auditions, rehearsals and scheduling, the blocking and music, and even putting together an orchestra. It's really rewarding work and essential experience for going out into the professional world.

Since the senior class gets to choose what musical to produce, what made “Sweeney Todd” stand out?

Bridget Adams-King ’19, our director, pitched the idea to us early on. All of us were inspired to explore a world full of brokenness and injustice, and how that world is really similar to our own. It was the only show we discussed that everyone on the team was all for. 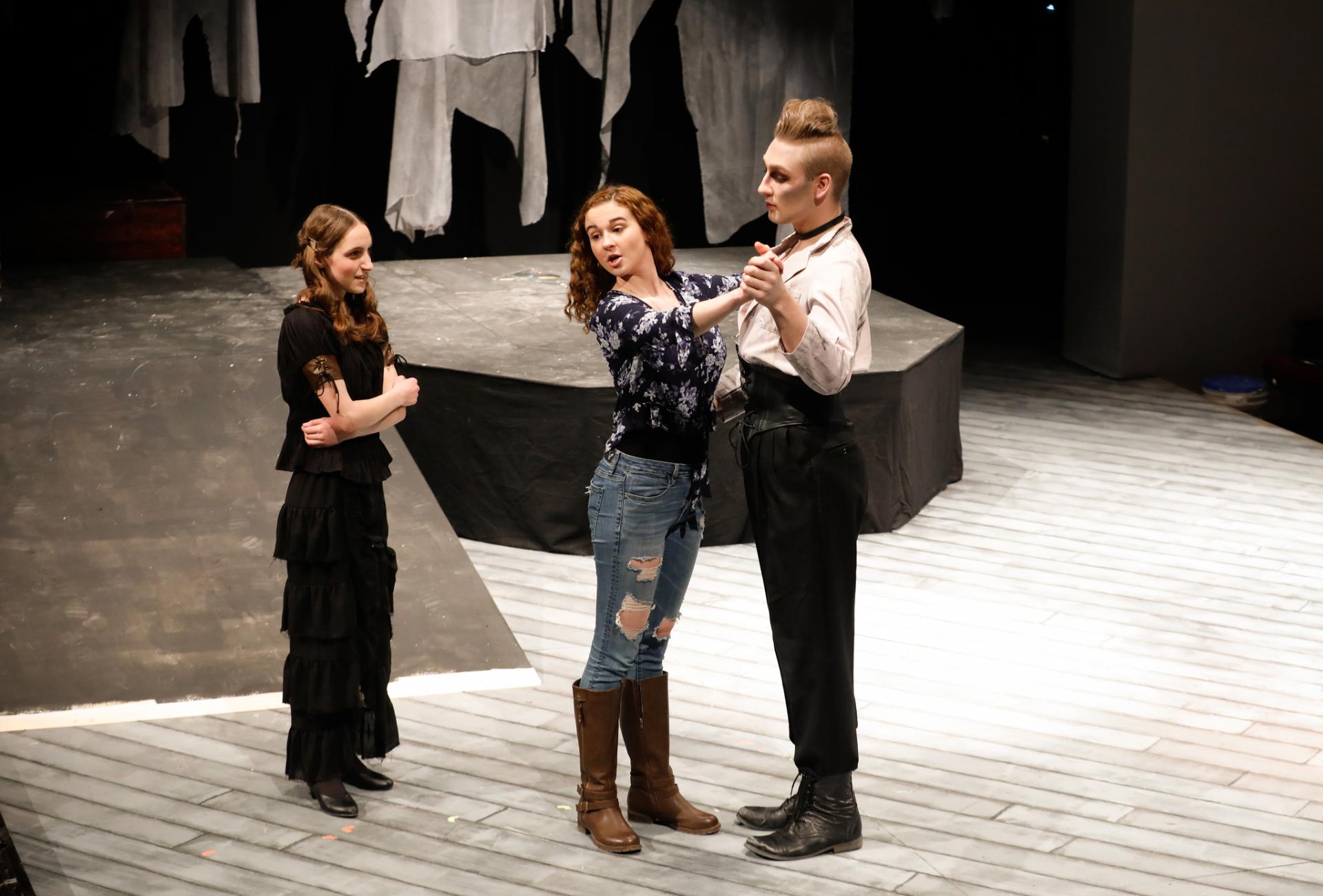 You spent last fall interning at Chicago Shakespeare Theater, how has that experience impacted you behind the curtain now?

I can't say enough good things about my time at Chicago Shakespeare Theater. I feel like a much more developed performer and artist. It was the best thing that could have happened to my career right now. It's one of the many amazing opportunities North Central's theatre department has opened up for me. I try to channel the professional collaboration I was lucky enough to experience with our production team at the Theater. During my internship, I was rarely on campus. We did eight shows a week, and the internship counted for course credit, so this term I'm getting used to feeling like a student again.

What part of producing “Sweeney Todd” has been the most rewarding?

One of the coolest feelings is seeing my work, which originates in my head, truly come to life thanks to our amazing actors.

What can the audience expect from this production of “Sweeney Todd?”

This isn't a conventional, lavish production. We took a minimalist and invasive approach. I can't spoil anything, but I think the audience will feel quite scared and trapped. It's going to be incredible.

When and where can people see the show?

“Sweeney Todd” runs in the theater at Meiley-Swallow Hall February 21-24 and February 28-March 3.

Tickets are $15 for adults, $10 for students and seniors and can be purchased online, by visiting the box office at the Wentz Concert Hall and Fine Arts Center, or by calling 630-647-SHOW (7469). 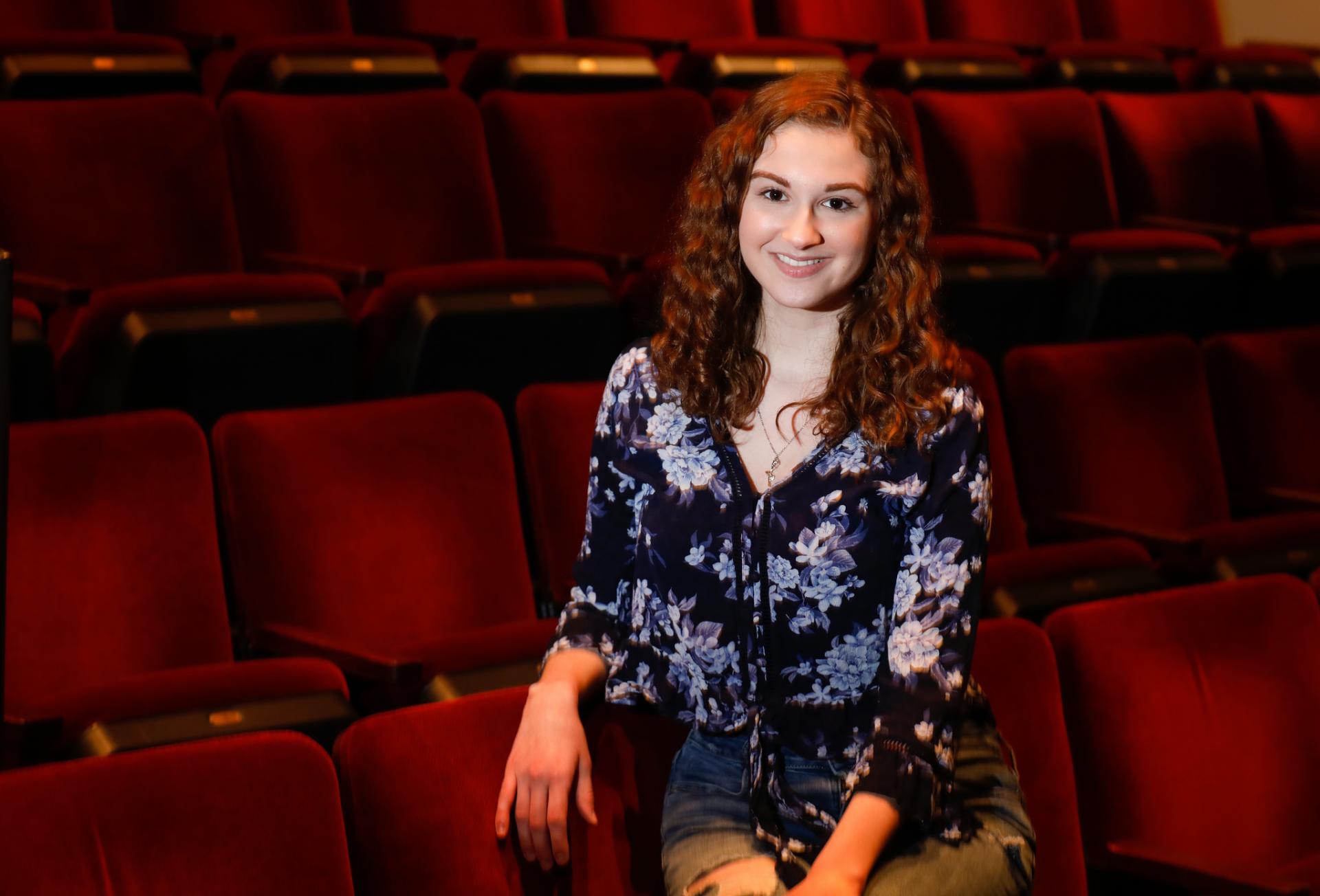