While writing a paper on North Central College’s involvement in the civil rights movement, history major José Galvan Mora ’19 was inspired to take a deeper look into a chapter of North Central’s history: an exchange program with Spelman College, a historically black women’s college in Atlanta.

The program ran from 1960 to 1968, allowing North Central students to immerse themselves in a segregated South and participate in the civil rights movement. Students attended sit ins, marches, protests and more during their time at Spelman. Students wrote back to friends at North Central about seeing Dr. Martin Luther King Jr. give speeches; his alma mater, Morehouse College, was right down the street.

“As I was researching the exchange program, it looked like most of the story had been lost to time,” said Galvan. “North Central’s archived student newspaper, The Chronicle, had bits, but it was missing large pieces.” 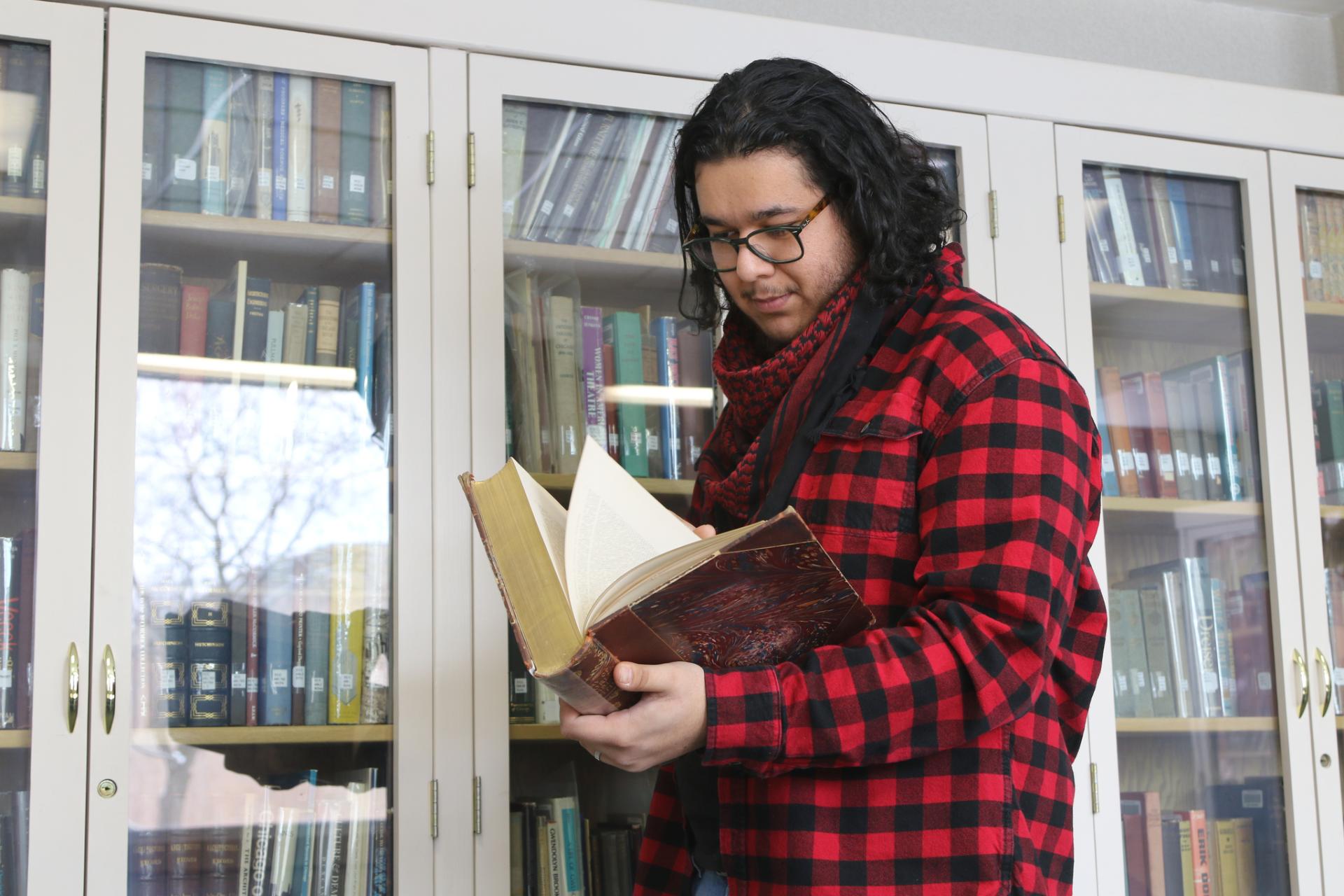 A Richter Grant opens doors to travel for research

Undeterred, Galvan’s drive to uncover the history of the program compelled him to apply for a Richter Grant fund a trip to Spelman. Typically, if an undergraduate student has to travel for research, it can make their project next to impossible, which is why the Richter Grant program awards students up to $5,000 to make their research goals a reality.

After being awarded funding, Galvan packed his bags and was on his way to Atlanta for a week of discovery during winter break. While North Central’s archives had only bits and pieces of the exchange program, Spelman had a treasure trove.

“Spelman’s archive is massive—it’s about the size of the reference room at Oesterle Library,” said Galvan. “The archivist there showed me to box number 99, which contained everything they had saved from the exchange.”

“It turned out that the exchange started after North Central’s president at the time, C. Harve Geiger, sent a letter of interest to Howard Zinn, a history professor at Spelman who started the exchange program,” said Galvan.

Zinn was an activist in the civil rights movement, serving as an advisor for the Student Nonviolent Coordinating Committee (SNCC), and gained fame as the author of “A People’s History of the United States,” which has sold over 2 million copies.

In addition, as a result of the exchange program, North Central ended up hiring a member of Spelman’s faculty, Renate W. Wolf, as an associate professor of English in 1964.

“I was in the archives from 10 a.m. to 4 p.m. every day, and afterwards I explored Atlanta,” said Galvan. “Researching in Atlanta was incredibly valuable. History is in the city; you can see the civil rights movement wherever you go.”

Galvan’s research and select documents including a letter from Zinn, writings from students that were part of the exchange program and more can be seen on display in the reference room at Oesterle Library through the end of March.