Students bring home awards and outpace the competition beyond the classroom

North Central College students have excelled beyond their coursework and shown themselves to be among the best in the country on a number of levels in 2019.

WONC-FM 89.1, the College’s nationally recognized radio station, celebrated the start of its second half-century on the air with a great showing at the Intercollegiate Broadcast Systems Awards in March.

“In all, our students had seven nominations, and took home one first-place finish,” said Zach DeWitz ’05, the station’s general manager. “Abigail Erhler ’19, who won an award at the Illinois Broadcasters Association Awards in the fall, won for Best Promo Series.” Ehrler’s winning entry was a series of spots for the Riot Fest music festival. 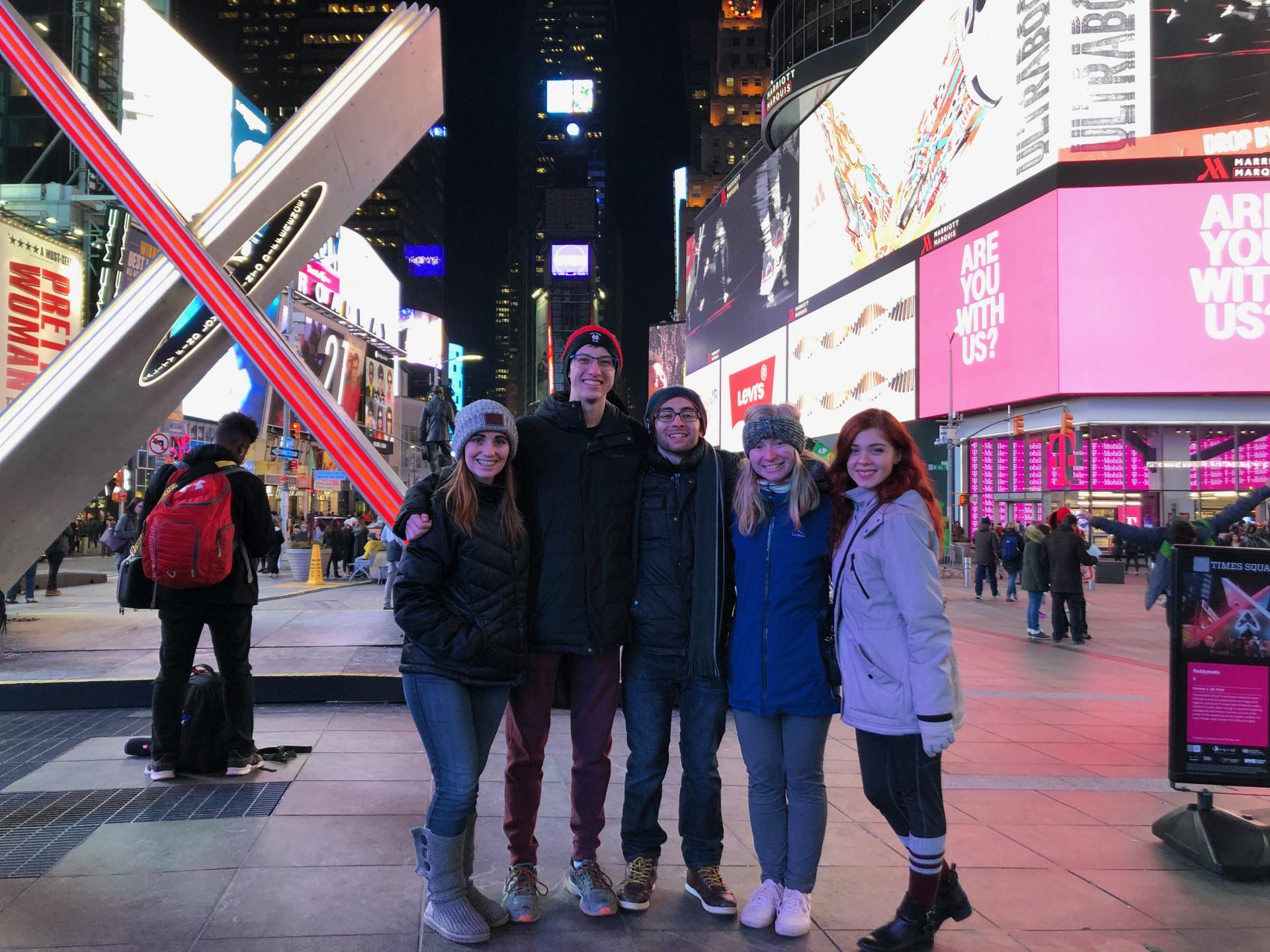 The WONC staff in Times Square.

A case competition helps students learn about marketing, brand management and consulting. They use consumer data to put together a plan for solving a real-world marketing challenge and then pitch that plan to industry executives.

The students were encouraged to aim high and take risks from the very start. “This year, the team created an integrated marketing communications plan for the Wall Street Journal aimed at students,” Pachla said. “The theme of the conference was ‘Market Ambitiously.’”

After their success at the AMA conference, the students presented their work at the Rall Symposium for Undergraduate Research in May. 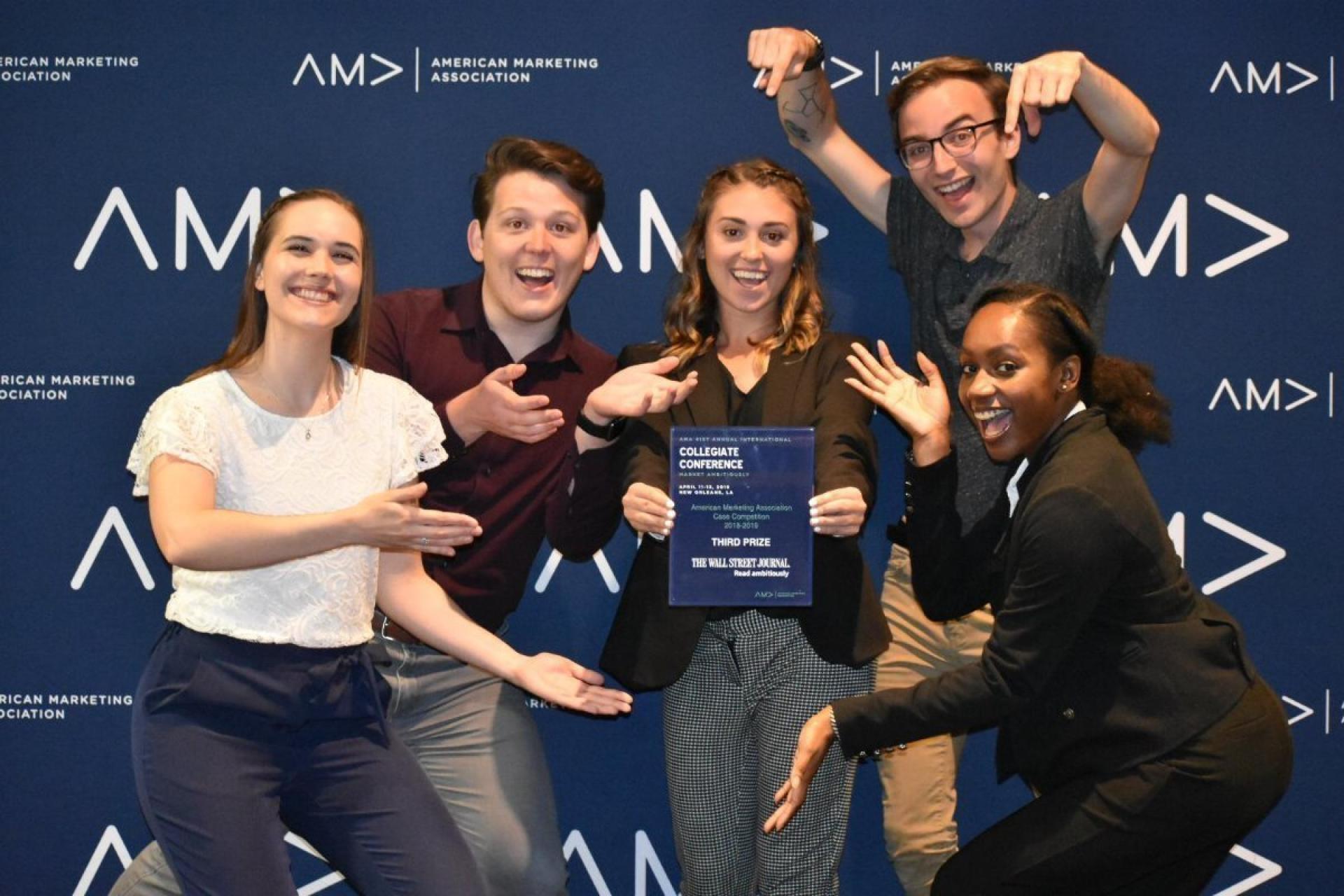 According to NMUN guidelines, each position paper written for the competition is meant to clearly represent the views and planned actions for the writer’s assigned country or non-governmental organization.

Conne and his team were representing Iraq in the scenario for the competition, and his paper covered three topics: communication development as it relates to international security, nuclear disarmament, and international cooperation in the peaceful exploration of outer space. He called for the nations of the world to “secure the Internet from terrorists and terrorist sympathizers in order to allow for a more stable and peaceful world,” and to “work together as a global community to secure and eliminate (nuclear and unconventional) weapons.” He advocated “that space shall be preserved for scientific discovery and not be used as a new frontier for human conflict.” 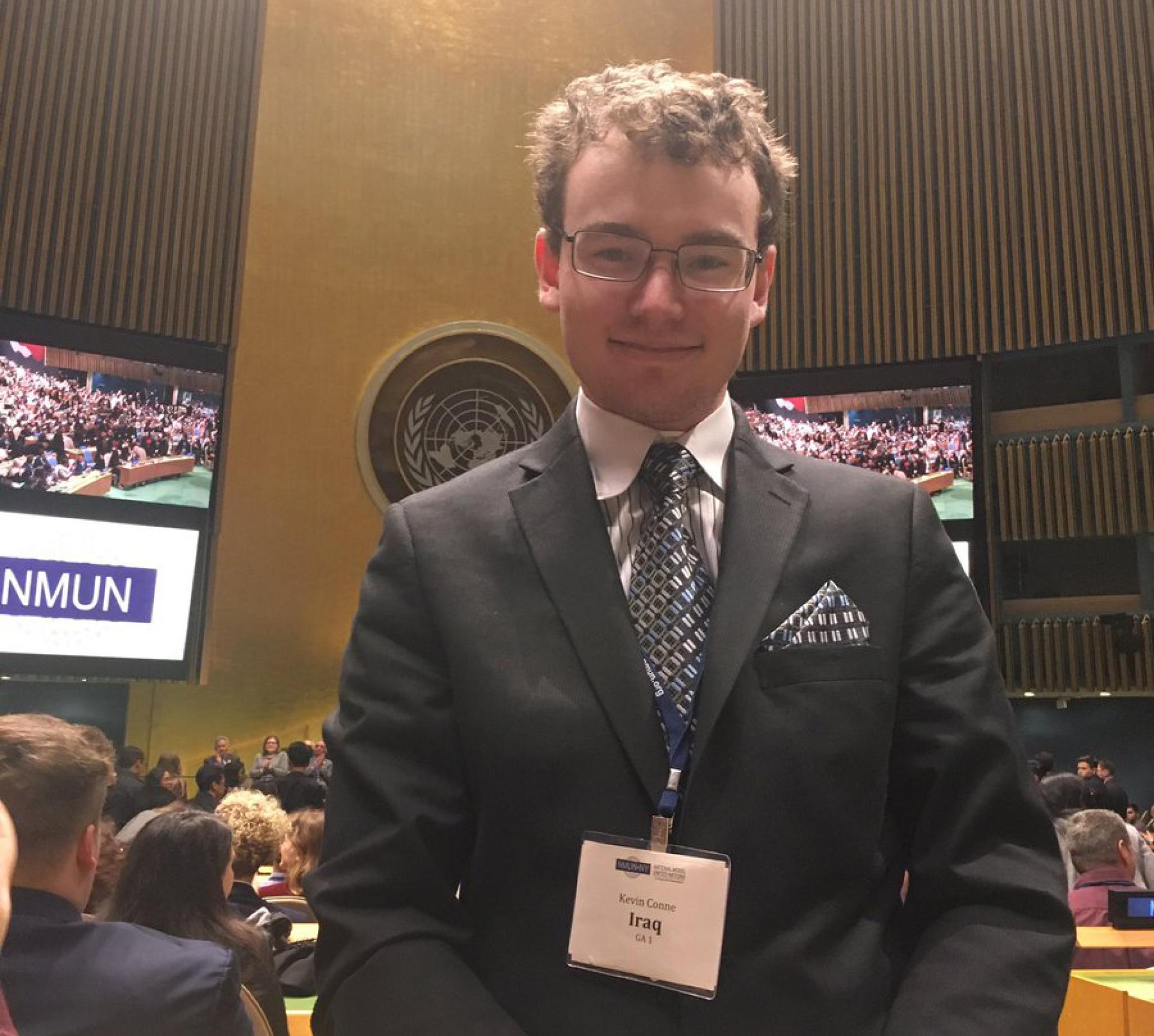 Creativity and originality lead to high honors in student competitions

Norah Flaherty ’19 and Gabbi Gruver ’19 were named All-Americans at the AFA-NIET. The All-American Team has only 13 members, and selection is based on excellence in forensic competition, academic success and community service. The University of Nebraska-Omaha was the only other school with two All-Americans.

North Central finished in the top 20 in the nation at the tournament.

At the NFA tournament, the team was once again in the top 20 overall and powered to an eighth-place finish in President’s Division One. Leading the charge was Leslie Nuñez ’19, who was a national champion in the novice divisions of both prose reading and dramatic interpretation, and Christopher Grady ’22, who won a novice national title in the program oral interpretation event. 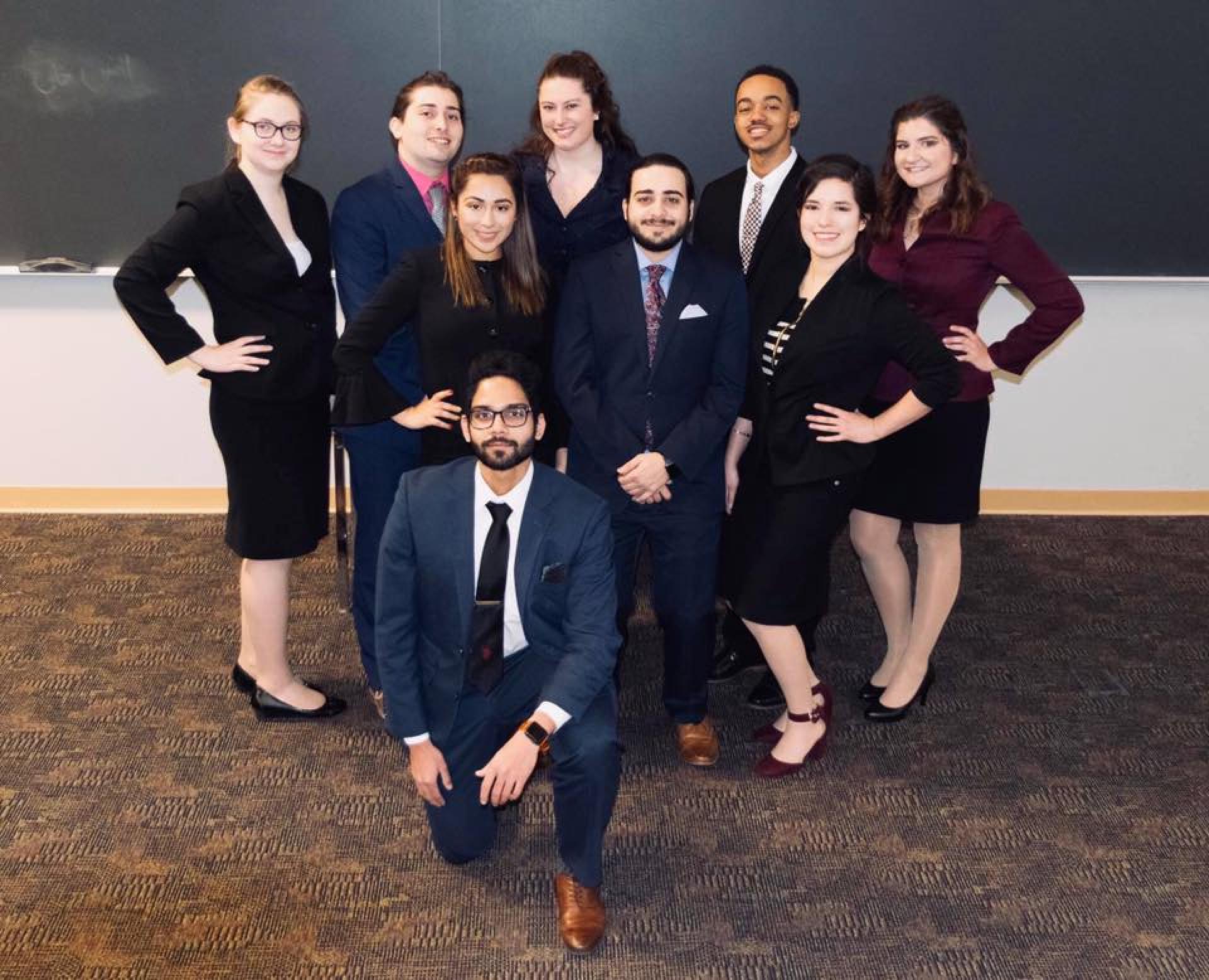 In May, Alyssa Kinzel ’19 was recognized as one of six finalists for the 2019 New American Colleges & Universities (NAC&U) Award for Student Excellence. She submitted an essay for the competition called “Contrasting House Museums and Comprehensive Museums in Paris,” which she also presented at the Rall Symposium.

Kinzel received a prestigious Richter Grant to continue her research. 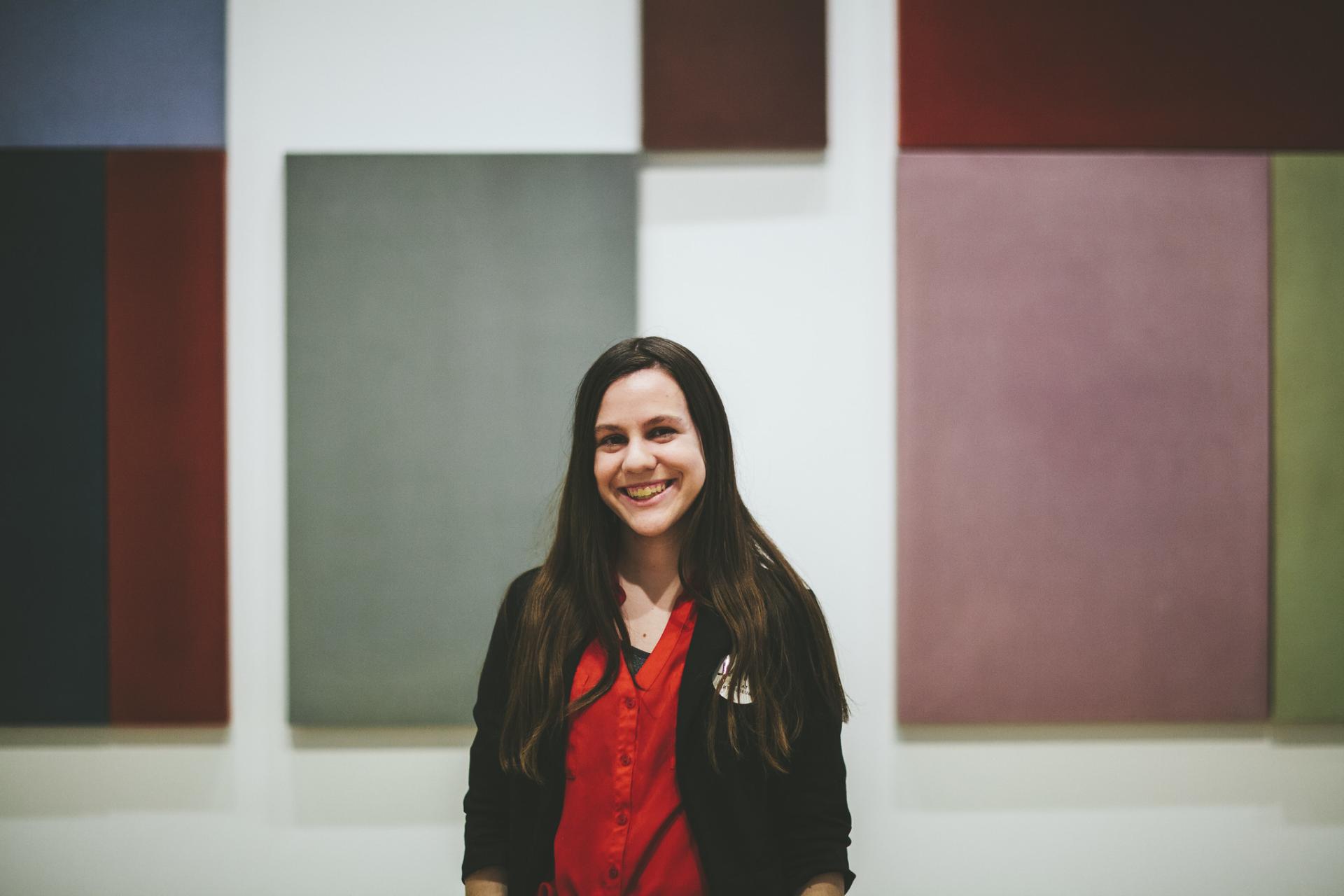