North Central science students aim for the best in research at Mayo Clinic, Fermilab and CERN

North Central students are encouraged to reach for goals they might think are impossible. For Morgan Fellows ’20, a neuroscience major, that meant summer research at the Mayo Clinic of Florida in Jacksonville, Fla. Axel Ponten ’20, a physics major and native of Uppsala, Sweden, went after a summer position at CERN, the European Center for Nuclear Research in Switzerland. 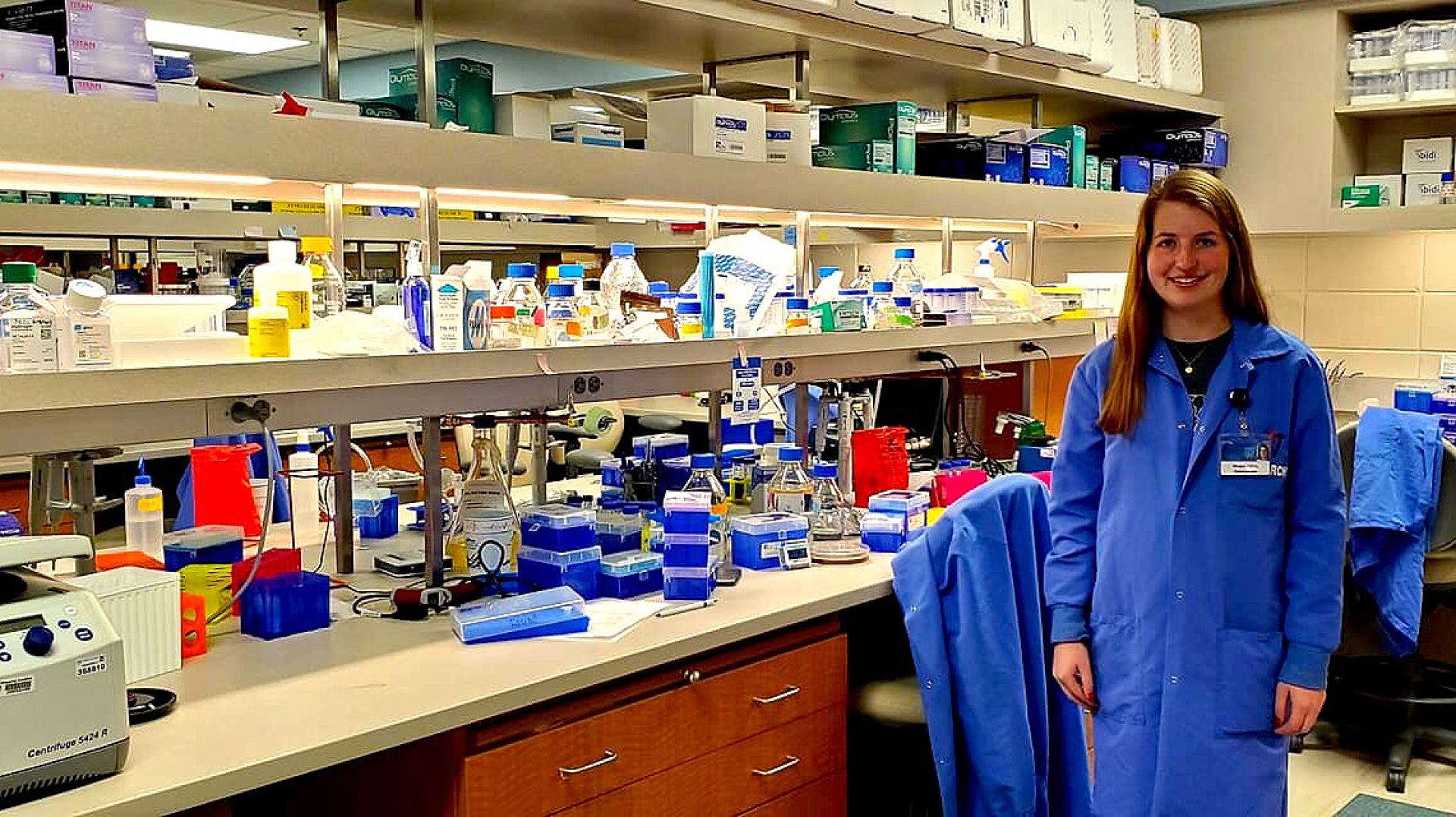 A research job fighting the battle against ALS

Fellows used her lab experiences at North Central to qualify for a prestigious research position in the Rossoll Lab, part of the department of neuroscience at Mayo Clinic.

Fellows contributed to research directed by Dr. Wilfried Rossoll at Mayo that aims to better understand the molecular mechanisms of amyotrophic lateral sclerosis (ALS), also known as Lou Gehrig's Disease. Fellows worked to identify which parts of the human body are affected on a molecular level by TDP-43, a protein which can cause ALS.

When Fellows worked in Rossoll’s lab, “I was treated like a colleague regardless of my age and degree,” she said. “This proved to be an amazing undergraduate research experience for an aspiring neurologist and will be a focal point for my medical school interviews.”

Fellows started conducting undergraduate research after her first year at North Central. She has worked with faculty on multiple projects in microbiology, neuroscience and organic chemistry. She said that the preparation she received as an undergraduate researcher helped her exceed what she thought was possible.

“I honestly thought I had no chance making it into such an intensely competitive program at such a major medical center, but I hope my experience can show others that if you work hard and believe in yourself, there is a world of opportunity outside of North Central.” 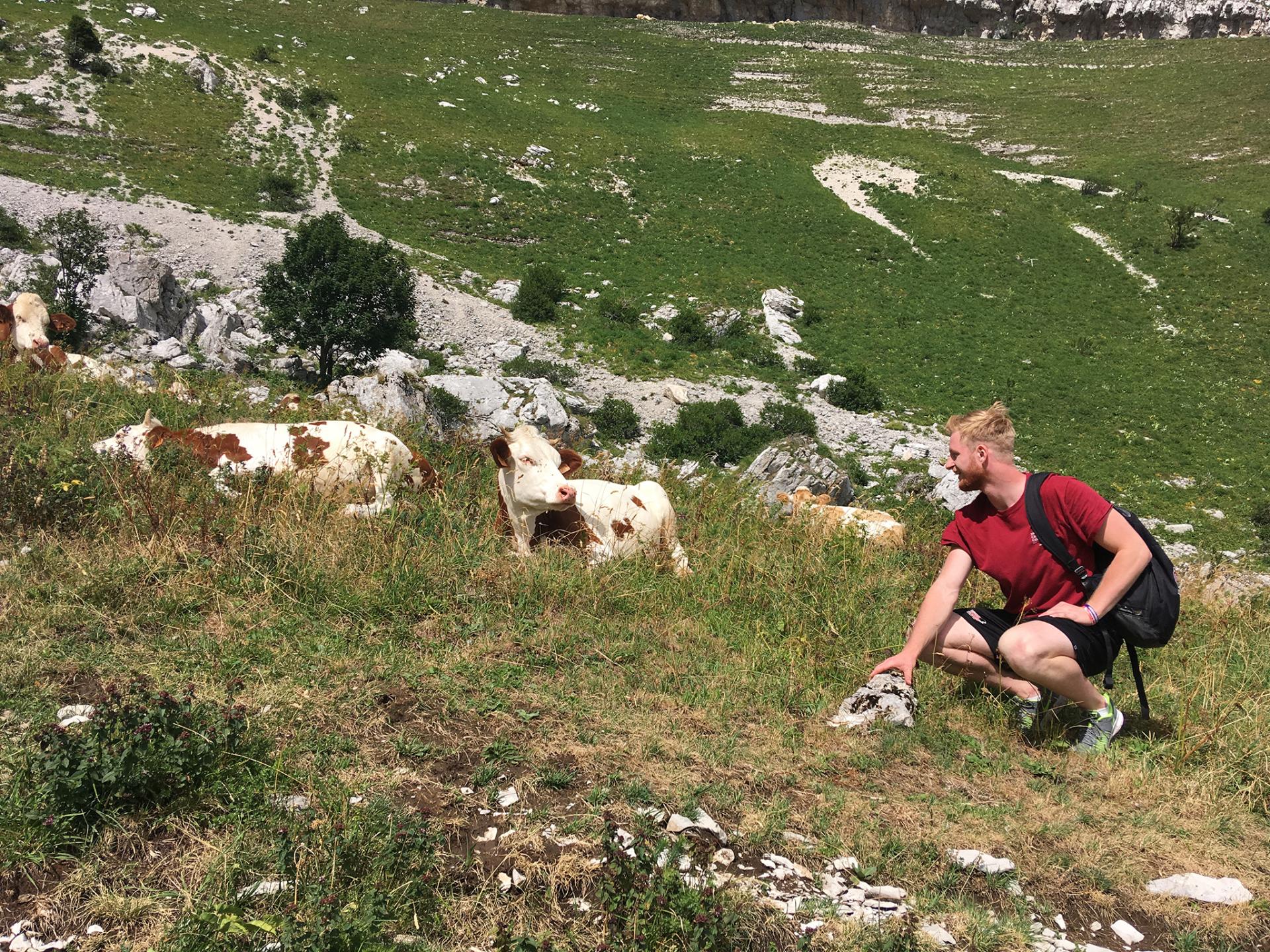 Axel Ponten during a hike in the mountains.

“CERN is the mecca of physics,” Ponten said. “It helped that I did research the summer before with (Associate Professor of Physics) Paul Bloom at Fermilab. The word ‘Fermi’  on my résumé definitely helped me get me in.” During the summer of 2018, Ponten and five other students built a magnetometer used to measure the magnetic field of the storage ring used in the lab’s Muon g-2 experiments.

At CERN, Ponten was studying particle physics, using high precision instruments measuring parts per billion. The Baryon Antibaryon Symmetry Experiment (BASE) is a high precision experiment which aims to confirm beliefs about matter and anti-matter.

From his location in Geneva, Ponten also got to enjoy plenty of mountain hiking over the summer in France and Switzerland.

Ponten came to North Central because he wanted to play American football, but was also attracted to the modern facilities of the Dr. Myron Wentz Science Center. Now his sights are set on grad school.

“I’m looking at the top 20 programs for physics,” he said. “And I hope to go back to CERN again next summer.”