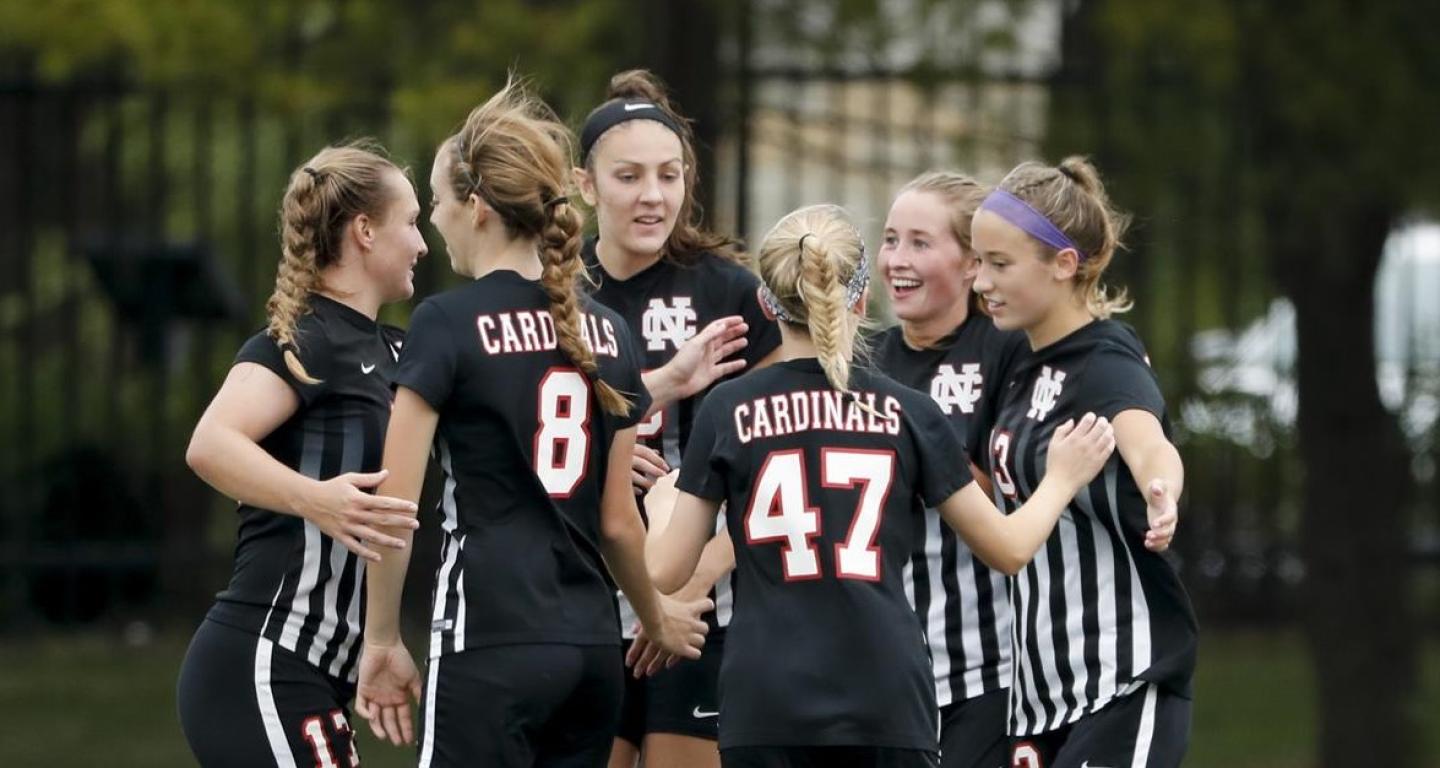 What are the Different College Sports Divisions?

Most people think of the NCAA when they hear “different college sports divisions.” The National Collegiate Athletic Association, or NCAA, is made up of three college divisions -- Division I, Division II and Division III – as well as several subdivisions. (There are also a few categories outside of the NCAA, which we’ll discuss later in this article.)

Which division is the best choice for me?

“Those student athletes most likely to be happy in DI athletics are those who place athletics as their top priority and make an immediate positive impact on the team as a freshman,” says James Kluckhohn, assistant athletic director for facilities, events and recreation at North Central College. “They are likely closest to a fully developed athlete.”

Kluckhohn continues: “Those student athletes who are happiest coming into DIII athletics recognize they have athletic areas that need further development and also recognize they will most likely have a professional career in something other than professional sports.”

Division I schools may host the teams you often watch in televised fall championships … or the men’s basketball team you always hear your neighbors talking about. But that doesn’t mean you should automatically set your heart on attending one of them. DI colleges can be a great fit for some college athletes, but they’re not right for everyone.

Here are a few other things to consider when deciding what kind of program to aim for:

If you and your high school and college coaches believe you have what it takes to become a professional athlete, then a DI program may be a good choice for you... but only if you also like the college's academic programs, faculty, and so on. Keep in mind that life has a tendency to get in the way of the most carefully laid plans. If you are injured, for example, and can’t participate in your chosen sport, you'll be glad you spent time choosing the right academic program.

"Student-athletes need to find a place that fits their needs and will help them develop.  Your next four years should not be about how much sports scholarship money you can earn, but about how much you can grow as a person and where you will have the support, guidance and opportunities you need to develop all your interests,” says North Central’s Kluckhohn.

What about athletic scholarships?

“Student-athletes and parents should note that for the small percentage of high school athletes that end up playing at the DI and DII level, only about 56 percent of DI athletes receive some type of athletics aid,” according to Next College Student Athlete, an athletic recruiting network. “While DIII schools do not offer any type of athletic scholarships ... 80 percent of DIII athletes receive non-athletics aid, often in the form of grants or need-based scholarships to academically qualified athletes.”

Another point to consider: At a DI school, you’ll likely lose your athletic scholarship money if you suffer an injury that permanently sidelines you. Meanwhile, in Division II schools, depending on the college you attend, the partial scholarships might be pulled because of injury.

At a DIII school, that won’t happen: academic scholarships won’t be impacted if you need or want to stop playing.

If you’re wondering “Can D3 give athletic scholarships?”, then the answer is no. Division III schools offer their student athletes some form of need-based financial aid or merit.

For more information about these topics, see "Can D3 Give Athletic Scholarships?"

Is my sport in the NCAA?

NCAA sports include many of the most popular sports in the U.S. However, you will need to check with the athletic department at your institution to learn if it fields a team in your sport.

According to LiveAbout, the following athletic teams are covered by the NCAA:

It’s worth noting that the NCAA has also created an “emerging sports” category: “An emerging sport is a women’s sport recognized by the NCAA that is intended to help schools provide more athletics opportunities for women and more sport-sponsorship options for the institutions, and also help that sport achieve NCAA championship status.” Of the five sports currently on this list, North Central College offers women’s teams in triathlon and wrestling. (The other three sports on the list are acrobatics and tumbling, equestrian, and rugby.)

Other options beyond NCAA

The NCAA isn’t the only game in town.

Some 250 institutions (more than 60,000 student athletes) belong to the National Association of Intercollegiate Athletics (NAIA), which was formed before the NCAA came into existence. According to Next College Student Athlete, “Many consider NAIA to be on par with NCAA DIII schools when it comes to life/sport balance and level of competitiveness.” Most NAIA member schools are small, private four-year colleges.

Sports at NAIA colleges include:

“Between the three NCAA divisions and NAIA schools, it’s easy for recruits to overlook junior college athletics as an option,” according to Next College Student Athlete. But “about 60,000 student-athletes participate in 28 different sports at 500+ schools nationwide–every year.”

When a two-year community colleges offers athletic programs, they may belong to the National Junior College Athletic Association. NJCAA collegiate sports include:

Wherever you attend college, sports can be an important part of your overall college experience and education. Whether you’re on a NCAA DI football team or you play ultimate frisbee with campus intramural club teams, you’ll reap some serious benefits. “Participating in sports is a great pathway to developing your ability to work through life’s challenges,” says North Central’s Kluckhohn. “You’ll figure out how to change and develop when success in life requires it.”

The NCAA Division III student-athletes at North Central College compete in 26 intercollegiate sports (13 for men and 13 for women). The College has won 34 team national championships and 129 individual national championships, and hundreds of student-athletes have earned All-America selections and national academic awards. To learn more, visit https://northcentralcardinals.com/.

An award-winning writer, Lauren Ford runs her own communications firm, which serves not-for-profit organizations across the United States. She earned her bachelor’s degree from Connecticut College and her master’s from the University of Chicago.