Journalism major Fredlyn Pierre Louis ‘23 grew up with an unusual taste in television. Whereas many young people in the United States were raised on cartoons, sitcoms, and reality shows, Pierre Louis spent most of his time watching the news. He had a very good reason to do so.

That earnest desire for a connection with his family grew into a sincere personal interest. Pierre Louis has a real appetite for news, absorbing all he can about current events to stay informed and keep ideas flowing. His passions have made his aspirations for the future remarkably clear and inevitably smile-inducing.

Recently, he achieved a significant milestone in his promising young career. Pierre Louis was recognized as the recipient of the $5,000 Ethel Payne Fellowship from the National Association of Black Journalists (NABJ) during a NABJ Chicago chapter event on December 1. He was presented the fellowship by Suzanne Le Mignot, weekend morning anchor and reporter from CBS 2 Chicago; and Brandon Pope, CW 26 Chicago television host, WBEZ-AM radio personality, and Columbia College Chicago professor. 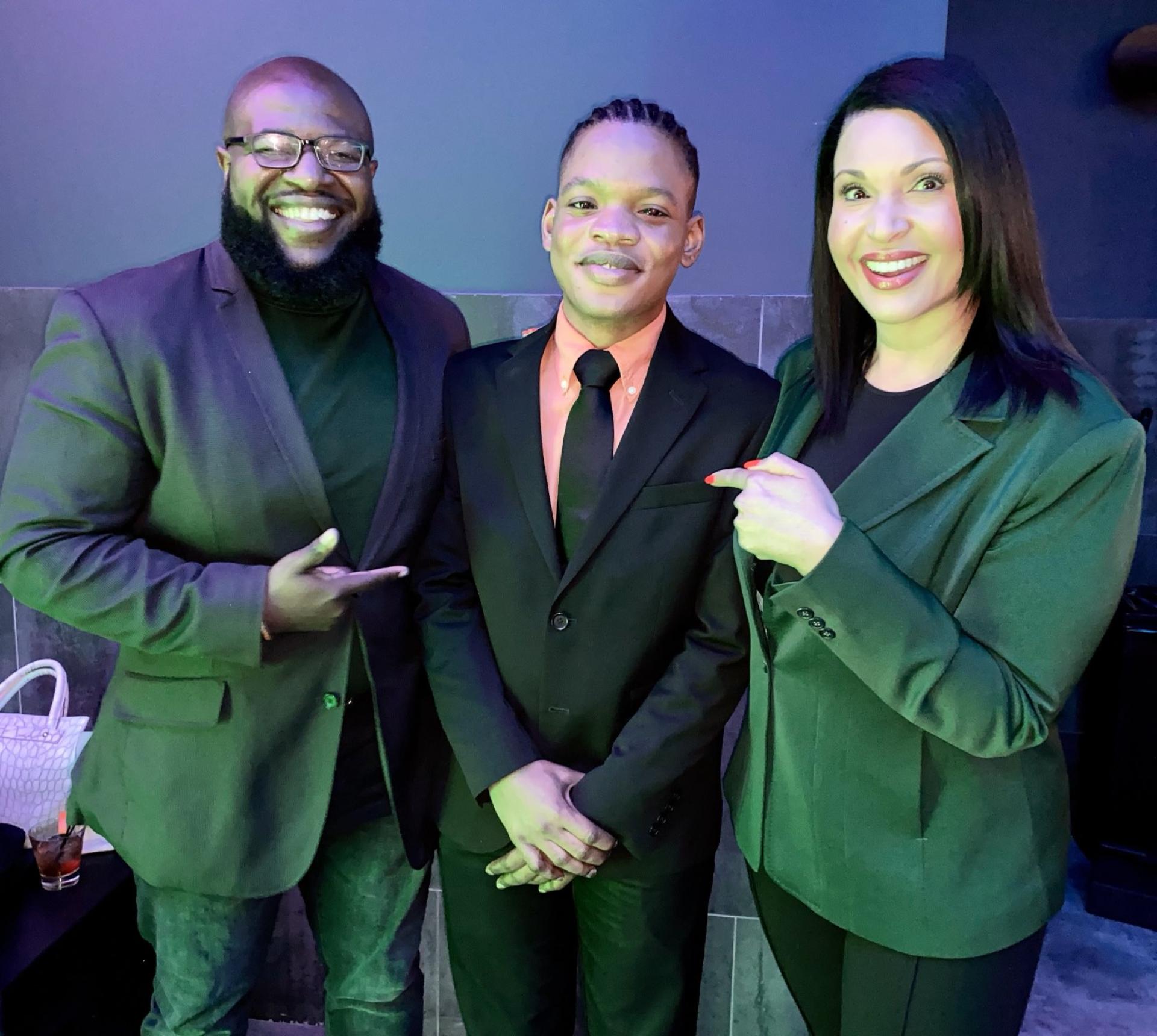 The Payne Fellowship goes to one deserving journalism student each year to fund a news report on Africa that includes travel to the continent to do on-the-ground reporting. The award is designed to train the recipient in foreign correspondence as well as increase awareness of life and culture in Africa.

Ethel Payne, the namesake of the fellowship and a Chicago native, became the first female Black commentator employed by a broadcast television network when she was hired by CBS in 1972. The trailblazing journalist was also an influential lecturer and columnist throughout the peak of the Civil Rights Movement in the 1950s and 60s.

With both humility and respect, Pierre Louis showed a gift for understatement in his reaction to winning the award: “I am very grateful ... to be the recipient of the scholarship because it is a big deal.”

Pierre Louis did not, however, play down what a significant impact an award like this will have for him going forward. “I can have the talent, the work ethic, and the passion but not the financial stability to follow through,” he said. “Thanks to this scholarship, I can focus on work and do my best as a journalist. I won't have to worry about (as) many financial difficulties (that) college graduates in my situation encounter.”

Putting in the work

The resume with Pierre Louis’ name given to the NABJ for consideration was remarkable. He has already worked for two of Chicago’s five network affiliates as an intern—with FOX 32 Chicago news during the summer of 2022, and for NBC 5 Chicago this academic year as part of “Chicago Today.” He has also interned for Luxe Kurves magazine, a publication dedicated to body positivity and showcasing the plus-size fashion industry, where he wrote articles and interviewed numerous celebrities.

Interning has been an invaluable, satisfying experience for Pierre Louis. He says he feels thoroughly immersed in all aspects of professional journalism, from writing to directing to editing and everything in between.

“The internship at FOX 32 taught me everything I know and made me fall in love even more with all aspects of the news,” said Pierre Louis. “I got to do stand-ups in front of the camera, build my résumé, publish articles on their website with my name, and learn from experts.

“At NBC Chicago, I have done almost everything. I pitched story ideas for our segments … I wrote scripts for the hosts. I edited a lot of story packages. I learned a lot about hosting and creating a daytime and entertainment TV show.”

Pierre Louis secured his internship with NBC with help from his fellowship with the Emma Bowen Foundation, which is dedicated to creating a professional pipeline for students of color into careers in the media. He has long worked hard to find and create opportunities like this for himself.

“In my junior year in high school, with the help of a great organization called the Guadalupe Center Tutor Corps, I got a scholarship to attend a summer program at Brown University and study creative writing,” he explained. “Fortunately, after high school, with the help of multiple scholarships, I left my small hometown of Immokalee, Fla., to attend North Central College.”

Looking ahead to tomorrow’s top stories

Pierre Louis has already taken the first steps on his professional journey, which he has mapped out in impressive detail.

“Upon graduation, I plan to work as a news reporter or multimedia journalist at a small market, then progress to a bigger market,” he said. “I plan to return to a large market like Chicago eventually. Journalism is essential for my future plans, because I picture Fredlyn Pierre Louis as a newsman when I think of myself.”

The future newsman rubbed elbows with some of the best earlier this month when he got to volunteer at the Chicago/Midwest Emmy Gala. Steve Macek, professor of communication, passed along the call for volunteers at the awards and wasn’t surprised to see his student jump at the chance. 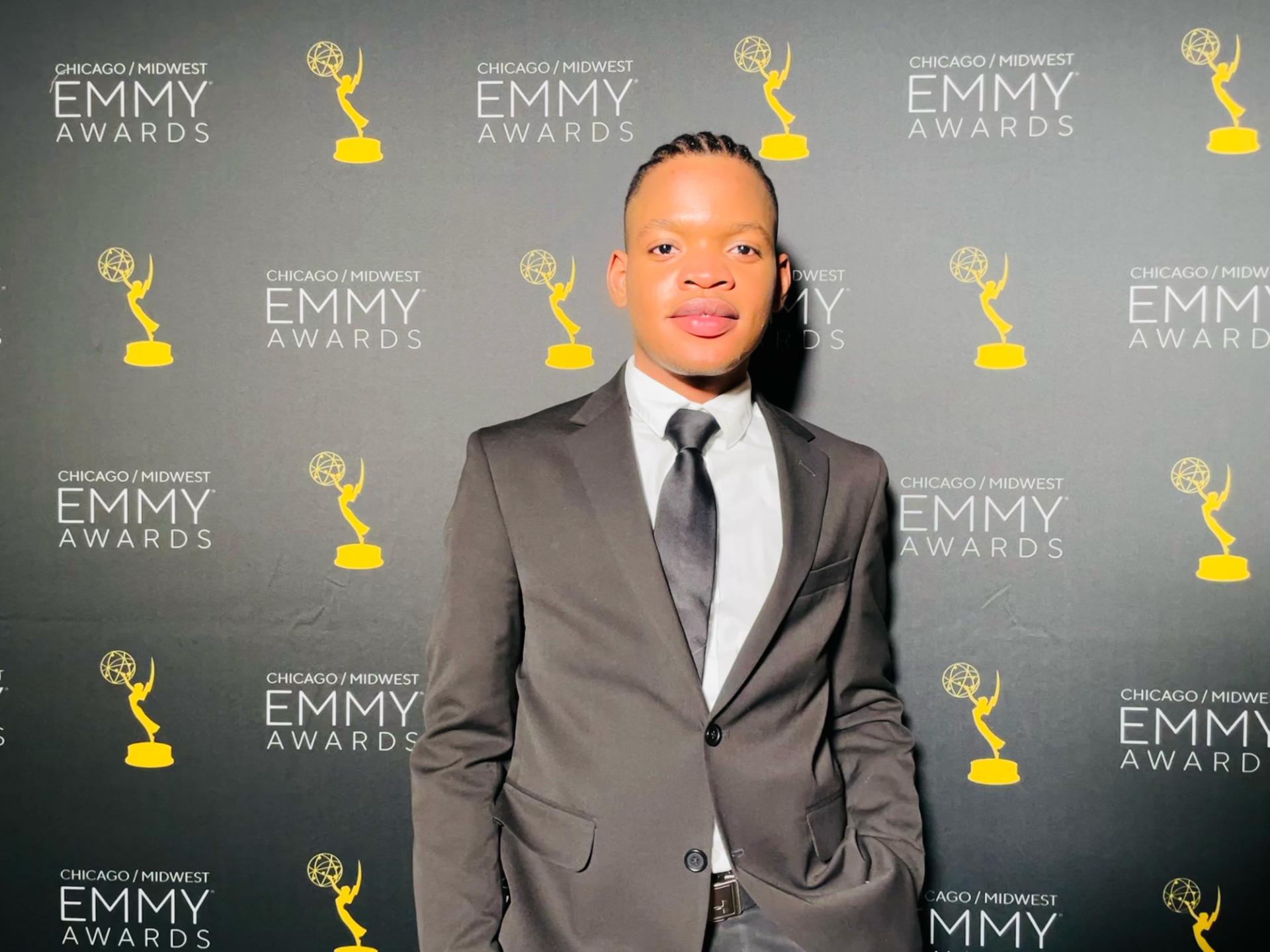 Pierre Louis got to walk the red carpet at the Midwest Emmys.

“I attribute Fredlyn's success to three things,” Macek said. “First, he knows exactly what he wants to do with his life. Second, he has the most positive attitude of any student I've ever encountered. (And) finally, he seizes the opportunities that come his way.”

Pierre Louis described his experience at the Emmys as a blend of helpful training and fuel for his ambition. “The Emmy (ceremony) was a hands-on experience because I learned about all the work that goes into awards shows,” Pierre Louis said. “I was inspired by a lot of the people at the event. I met a few news directors, some of whom even showed interest in hiring me, and I hope to work with some of them someday.”

Most of all, though, being backstage at the awards allowed Pierre Louis a glimpse into what he believes will be a golden future. “For me, journalism is never about winning awards because doing the job is rewarding,” he said.  “But one day I hope to win an Emmy.”

Above all, Pierre Louis is motivated by gratitude: “I wouldn't have had the chance to work in journalism and the media … if my parents had not moved to America. I'm beyond grateful for my parents daily for their sacrifices because my life is filled with opportunities that my parents never got.” 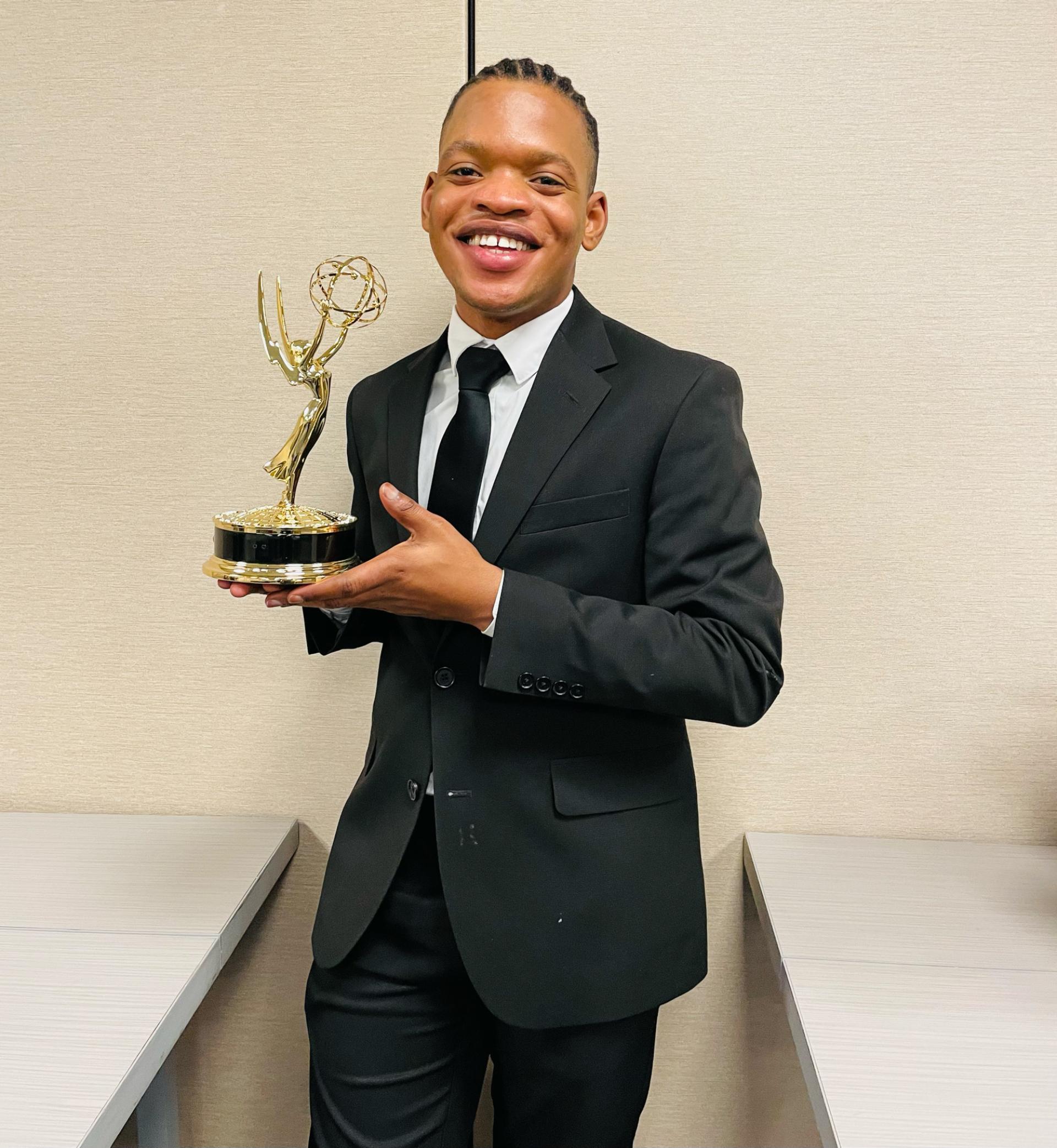