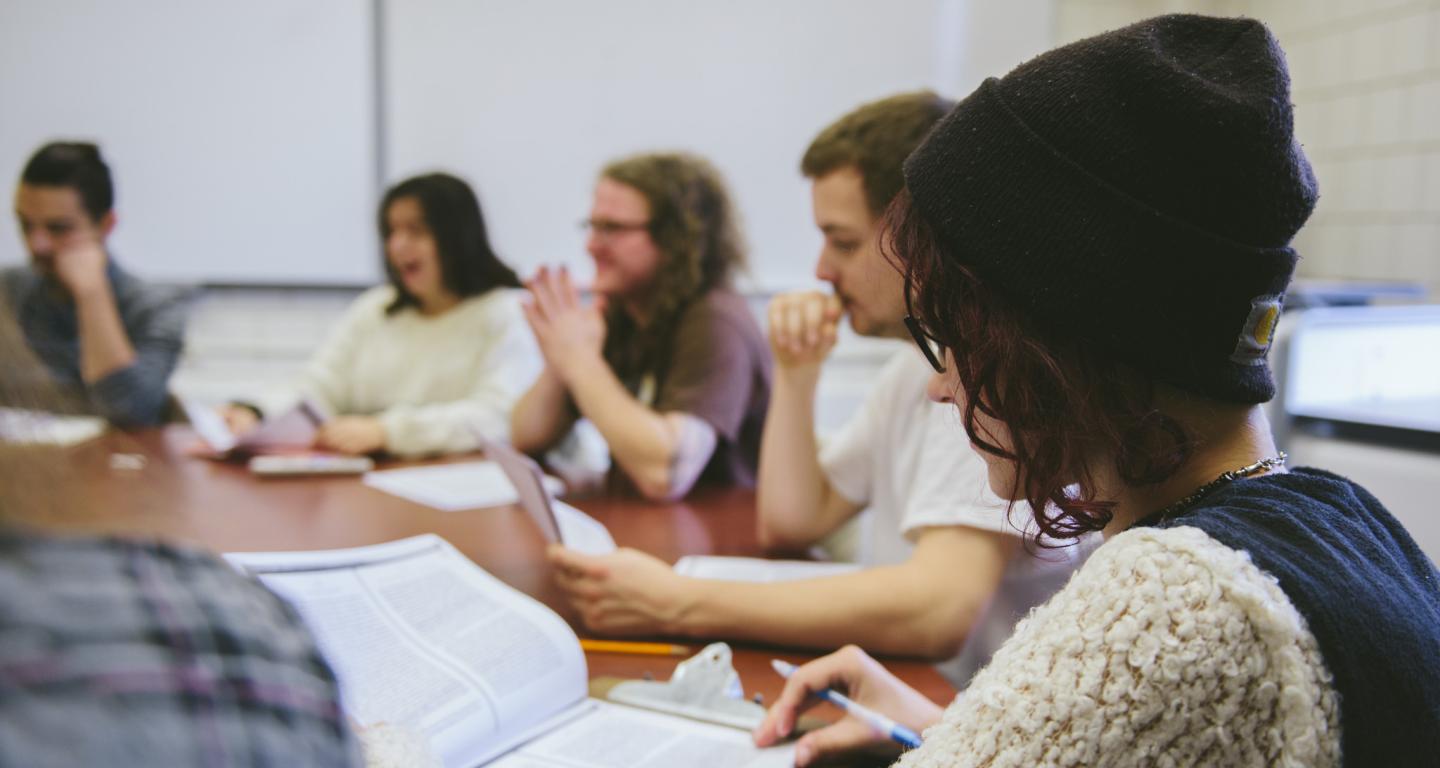 The Joys of Discussion: From a Great Books Program Alum

The year before I enrolled in the Shimer Great Books program, I was part of a student group at Wright College, my local community college in Chicago, that met weekly to discuss current political developments. I awaited our meetings with a lot of excitement. It was a joy for me to take part in these conversations where we all considered alternative views we may not have encountered before. We didn’t always reach an agreement, but we took satisfaction from the dialogue. I remember often leaving these meetings with a sense of wonder caused by the act of learning from one another. 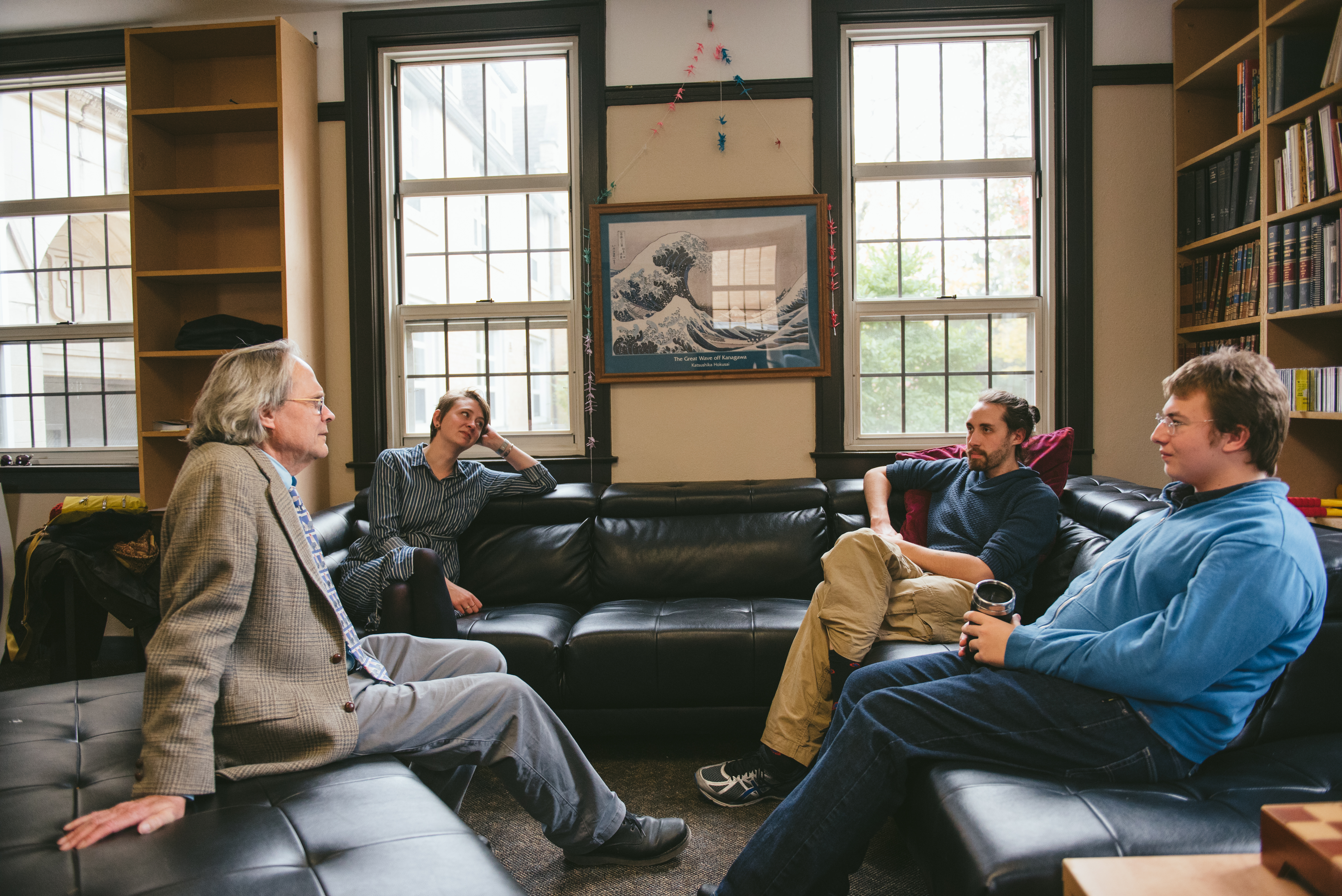 It was around this time that I first learned about the Shimer Great Books program. Three things made me realize that this was the unique college program I was looking for: the opportunity to read a lot of classical, influential Great Books; being a part of a highly involved student body; and the discussion-based classes. While my time at Shimer did not disappoint, it wasn’t always easy, especially at first. I often felt intimidated in my classes, not being used to having to be an active participant so consistently. Every class was filled with intelligent, ambitious students and it was easy for me to just sit back and learn from them. And I did learn a lot this way, but there is something about vocalizing ideas that makes them your own in a way that stays with you for a long time. With some encouragement from my professors, I became more active in my classes all while remaining attentive to my classmates, and I grew as a student because of this.

These kinds of discussions have of course become less frequent for me since I graduated from the Shimer Great Books program. When they do occur, I cherish them deeply. Last week I was in a meeting for an organizing group and our main task was to plan a national gathering in May. Part of our meeting was devoted to coming up with a logo and a theme for the event. Another member (who also happens to be a Shimer Great Books graduate) and I wanted to highlight Chicago’s labor history and proposed a theme around worker solidarity. So we pitched the idea, but it was clear from the others’ response that they were not entirely convinced. After more discussion, another member pitched a different idea that got some support, but it still felt like something was missing. Their idea was to highlight restorative justice, a process for dealing with harm done from one community member to another, as a topic at the gathering. We talked about this more and brainstormed other proposals. We talked about ways to tie the two proposed themes together. Then, a magical moment of synthesis happened. Someone referenced the Bread and Roses slogan, which stems from a poem that calls for economic justice (the bread), but also a dignified quality of life (roses). Richly symbolic, this theme could represent both Chicago’s labor history as well as the growth and reconciliation that can take place through restorative justice processes. Something within the group seemed to click and moments later, unquestionable consensus could be felt in the room. We came to an agreement on a great idea that none of us had thought individually, but rather through conversation and the interchange and blending of ideas. This kind of thing happens daily at the Shimer Great Books School and is something most of us can use more of in our daily lives. 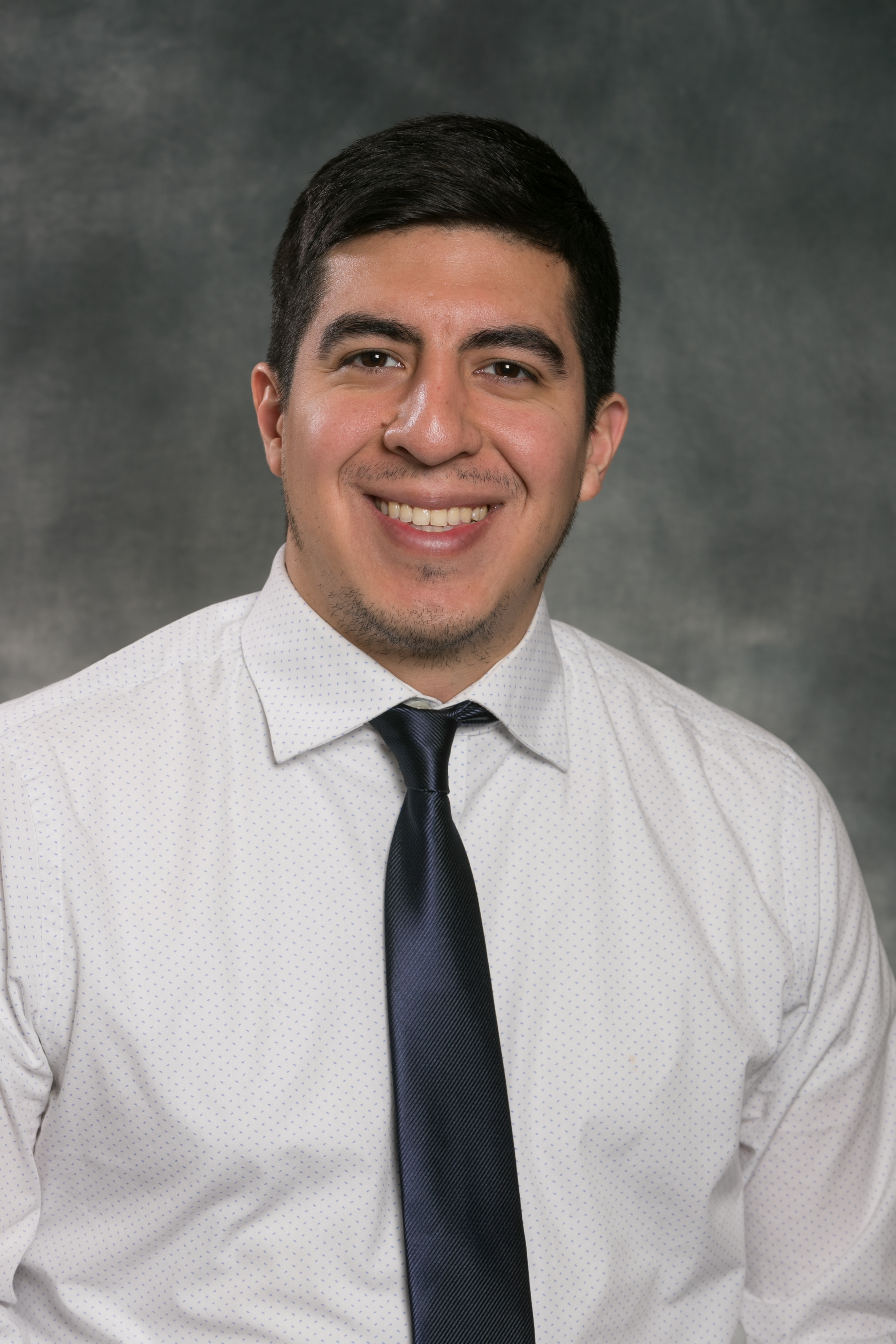 By Alexis Resendiz, alumnus of the Shimer Great Books School

Alexis first learned about Shimer from a philosophy professor at the community college he attended in Chicago. As a student at Shimer he got a work-study job in admissions and has been working in admissions full-time since graduating. Studying abroad in Oxford was one of the highlights of his time at Shimer.