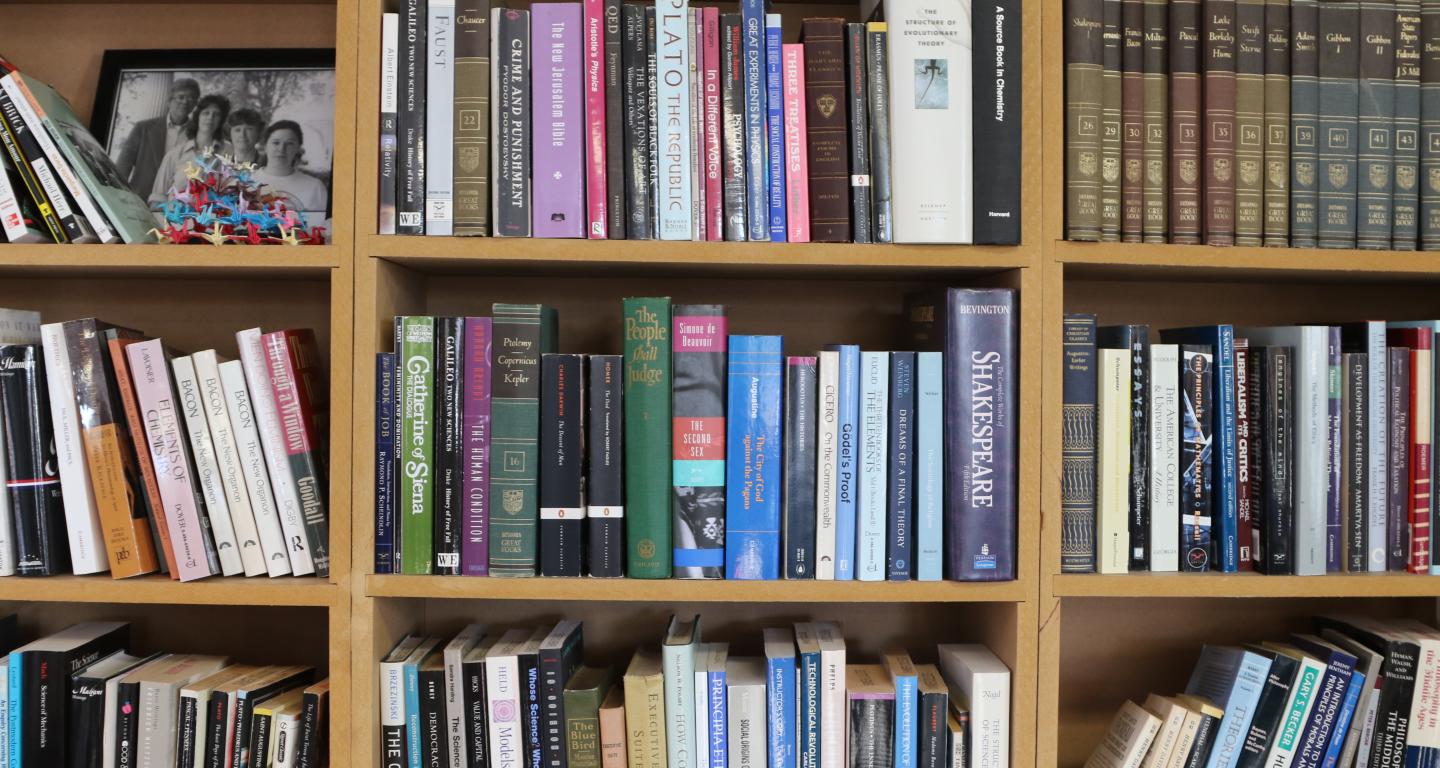 The life-long impact of a Great Books college education: An interview with Chris Vaughan

Tell us about how you ended up at Shimer Great Books School.

I attended Shimer from 1983-1987 in Waukegan. In a fit of “grass is greener,” I transferred to Reed College for a semester but realized right away that I had made a mistake and Shimer was the place for me. Luckily, Shimer took me right back! I spent a year at Shimer-in-Oxford, which was the hardest and yet best year of my Shimer experience. I went on to pursue a Ph.D. in Philosophy at Indiana University, and then launched a career in consulting. I started my own consulting firm in 2001, and we have done better every year. We help large not-for-profit organizations (like AARP, AMA, and the American Bar Association) transform their strategies to thrive in disruptive times.

What was the most impactful Great Book you read at Shimer?

The Birth of Tragedy by Friedrich Nietzsche. It was just a mind-blowing example of synthesis—history, art, religion, literature, and philosophy—that turned the received view of Greek civilization on its head, then brought it to life and made it human with a passion and poetry few writers possess. I immediately read everything Nietzsche wrote and worked my way through philosophy from there. Backwards through Schopenhauer, Kant, Spinoza and on back to Plato. Forward through Husserl, Heidegger and Sartre. That book started it all for me—a journey about finding meaning in irreconcilable things—that culminated in a dissertation on Being and Nothingness, but did not stop there. It was the beginning of a worldview for me, a way of living, that still defines a lot of who I am.

What is your favorite memory of Shimer?

I realize it’s not normal, but I loved Comprehensive Exams. Every chance I had, I did a Comp instead of a Semester Project. The challenge of taking on something completely new, studying all night with friends, then pulling out answers to some off-the-wall synthesis they came up with, which you never thought you could have answered in a million years. It was really hard and so exhilarating. It showed me how much I had really learned; how much I had actually grown. I felt accomplished and alive. Those were some of my proudest and most satisfying moments at Shimer.

When did you know you were truly a Shimerian? (Since it seems like there's always a moment when you realize you're "in".)

When I decided, my second year at Shimer, that the Assembly Constitution was outdated and inconsistent and simply had to be rewritten. I then convinced the Assembly I was right and got myself elected to the committee to rewrite it. There is so much that is Shimerian about that, not least of which is the breathtaking chutzpah, but it was something only a Shimerian would do, and only a real Shimerian could get away with. That’s when I knew I was “all in.” I cared that much about Shimer and people believed me that I did.

What are you currently reading?

The Elegance of the Hedgehog by Muriel Barbary. Written by an author disaffected by the study of philosophy, it is an attempt to anchor philosophy to a story, to make it more real and even entertaining. So far it is succeeding.

Which Great Book do you think the world needs right now?

I and Thou by Martin Buber—to remind us that we find real meaning in authentic relationships with others. Today, we live in a world where technology, ideology, tribalism and the general acceleration of life give us the means and motives to objectify other people and distance ourselves from real dialogue and human relations. Buber brings us back to our yearning for something more and deeper, and shows us the difference between experiencing people as things and actually relating to them.  He writes the way I imagine God would write. One just feels like one should listen.  It would do the world good.

How has your Shimer education directly impacted your life or career path?

I love this question! The answer is it defined my path, or, more accurately, it allowed me to define a path for myself.  My doctorate was a labor of love (inspired by Shimer, to be sure). I imagined myself a professor when I started it, but as something else entirely when I finished. I wanted to be in the world, solving problems and creating things. I found my way into consulting and it has been the best, and most Shimerian, life I could have imagined. Shimer teaches you to engage and understand things you’ve never seen before, analyze them, criticize them, synthesize them with other things you know. In other words, to really think about them. And then to persuade other people with solid logic and skillful rhetoric. All of that is what I get to do for a living. Clients hire me to solve all kinds of problems no one has been able to solve before because we do it in a way no one has done it before. I learned early on that what Shimer teaches is rare—and valuable. I have been fortunate to have built a successful career and a prosperous business around it. I owe it all to Shimer.

And, for fun, your "If you were trapped on a desert island..." book?

Tao Te Ching by Lao Tzu. Because I have read it countless times and never really understood it but always wished I could. I feel like some answer to life, the universe and everything is in there, if only I had time to study it. So if I was trapped on the island long enough… 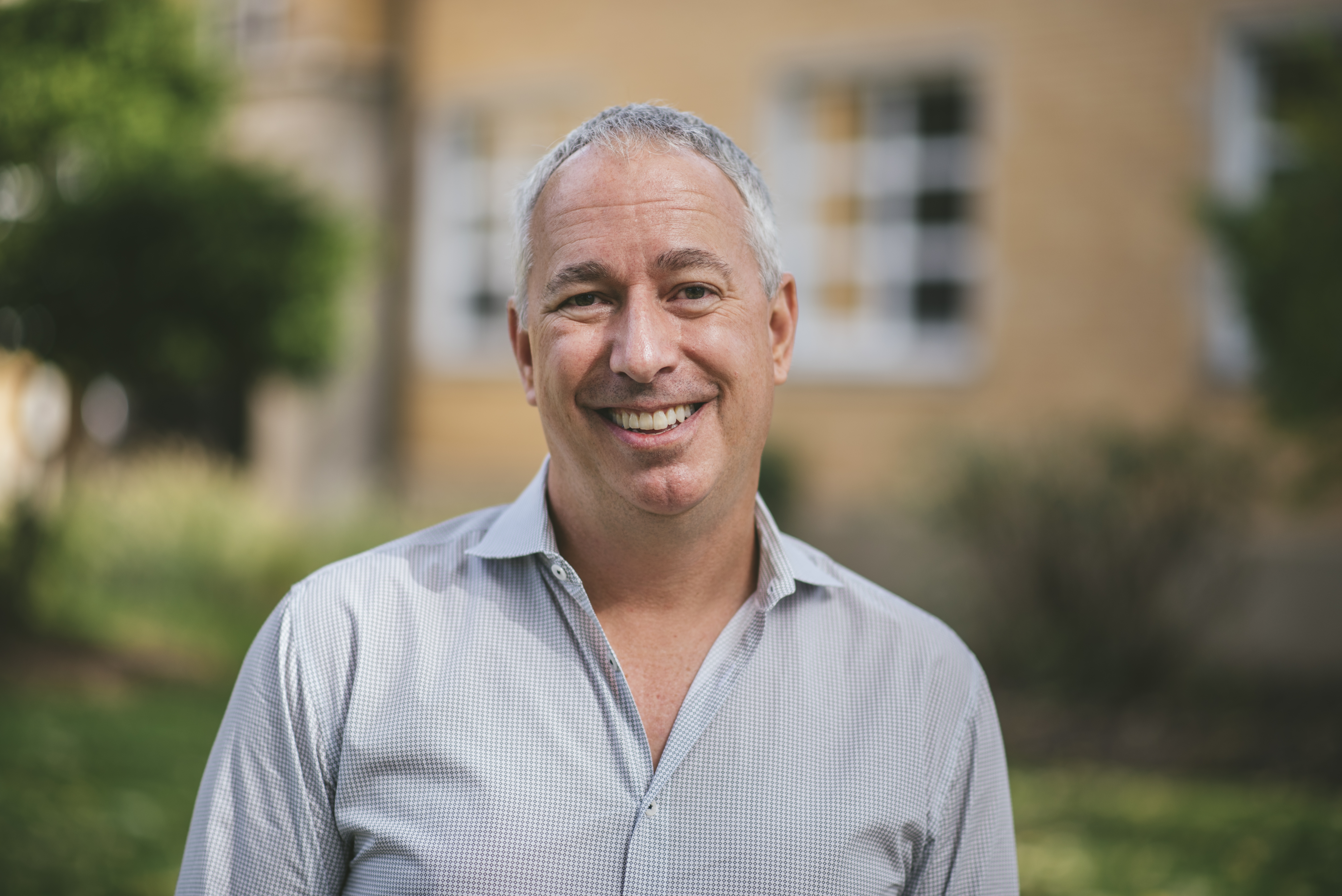 Chris received his Bachelor’s degree at Shimer College and earned his Masters and Ph.D. at Indiana University. He is now Chief Strategist at Sequence Consulting, a company he co-founded, where he helps executives at major brands and marketing organizations arrive at clear, actionable solutions to their most complex operational and organizational problems.