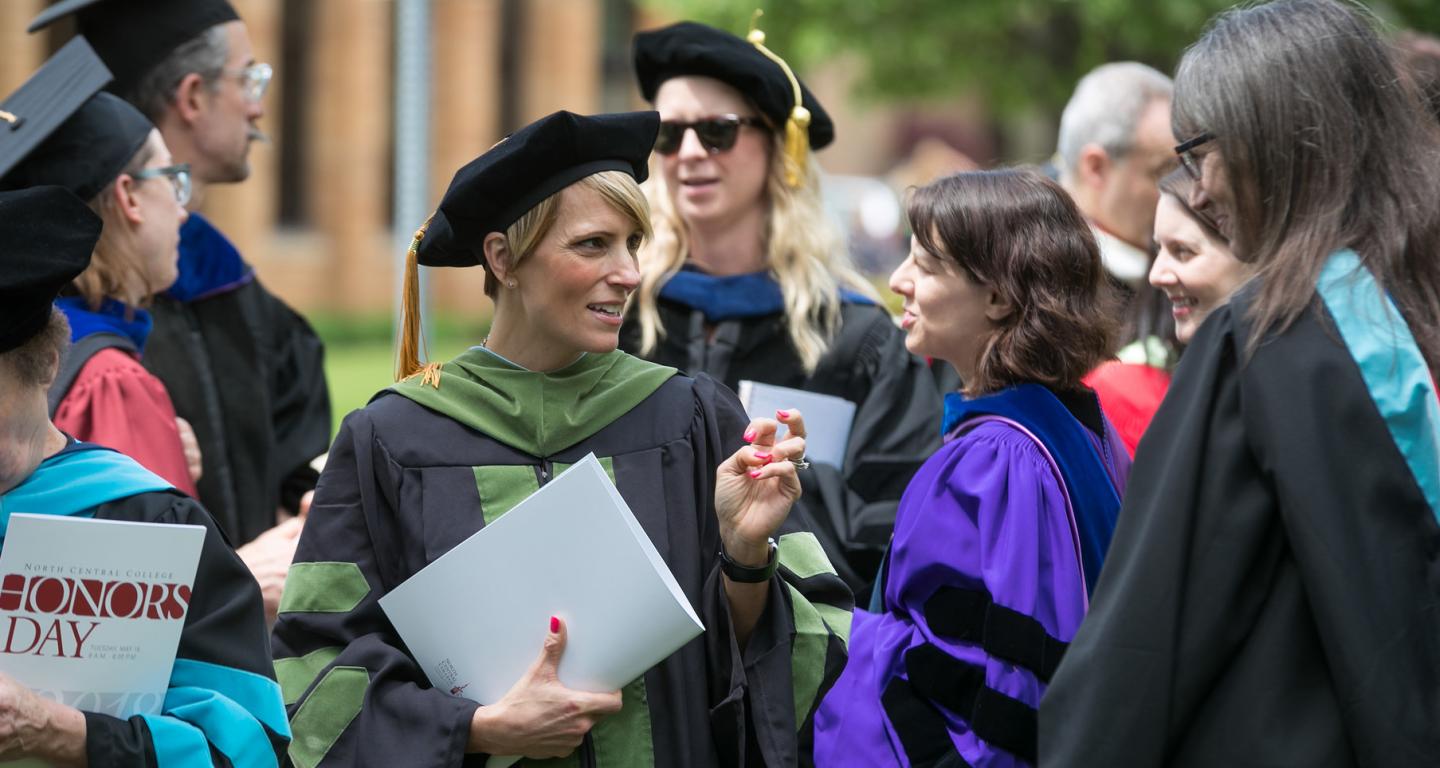 Dr. Kelley’s teaching and research interests focus on industrial/organizational psychology and applied psychometrics. His psychology classes typically include Statistics, Industrial Psychology, Personality, Psychological Assessment and Positive Psychology. In addition, he often teaches classes on the history of science including Landmarks in Science (exploring the development of science from ancient Greece to the early 1900s) and Portraits of Health (taught in London, England, exploring the interrelationships among developments in medical and psychological care with art and theater). 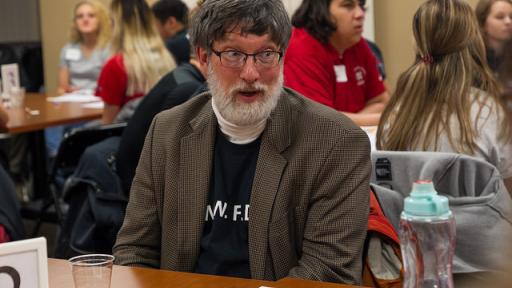 Dr. Franks teaches a variety of courses at North Central that explore the significance of East Asia in the modern world. Within the history department he offers classes on Japan and transnational/world history, and directs the capstone student research program. His research interests focus on the emergence of Japan's modern bureaucratic system out of the feudal samurai order, and in particular how this process played out at the regional and local levels. 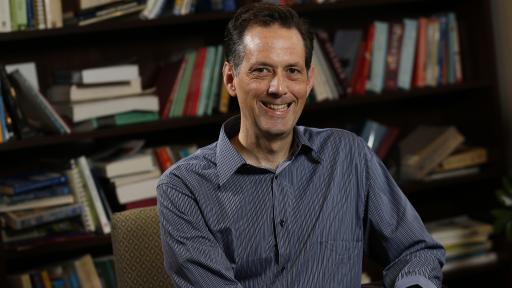 While much of Dr. Keating’s teaching has focused on urban and suburban history and studies, she teaches broadly in U.S. history as well as in the the master's program and the honors program. Perhaps her most important contribution to scholarship has been as the co-editor of the "Encyclopedia of Chicago," (University of Chicago Press, 2004) a print and online project. In "Chicagoland: City and Suburbs of the Railroad Age,” (University of Chicago Press, 2005) she examined the role of the railroad in the region’s physical development. Most recently, she has turned to Chicago’s early history, exploring its foundation myths and history in "Rising Up From Indian Country: The Battle of Fort Dearborn and the Birth of Chicago" (Chicago, 2012). 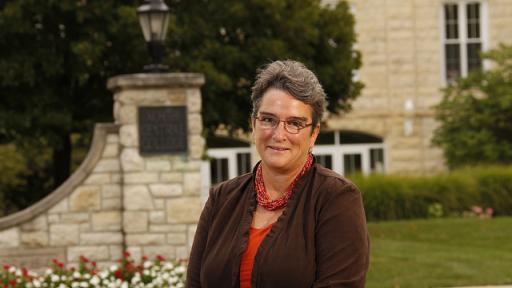 Dr. Gregory H. Wolf teaches a wide range of courses about German culture and language, from German film and the graphic novel to the culture of Berlin and German history. A vocal advocate of study abroad opportunities, Dr. Wolf leads an annual 18-day study trip to Germany during D-Term. He is the advisor to both the German Club and local chapter of the national German honor society, and organizes a robust schedule of cultural events, including excursions to Chicago and colloquia focusing on German studies. The Dennis and Jean Bauman Professor of the Humanities, Wolf’s research interests include 18th through 20th-century literature, ethnic migration and language pedagogy.  A strong proponent of undergraduate research, Professor Wolf has collaborated with students to publish essays in international scholarly journals. He has mentored students who have received prestigious Fulbright Fellowships to Germany and generous Richter grants supporting student research projects in Germany. His students have presented their research at national, regional and state conferences. 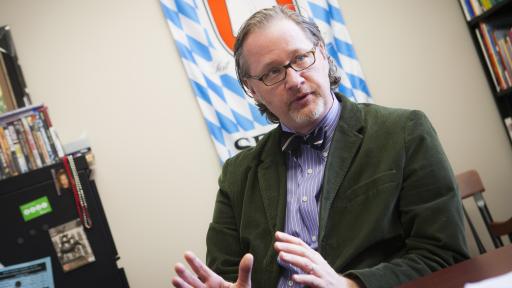 In September 2014, Dr. Tatro joined the music department at North Central College, where she teaches courses in ethnomusicology and music history. Drawing on her interdisciplinary training in music, art history and literature, as well as her musical performance background, she also offers courses in the interdisciplinary studies and Cardinal Conversations programs, and serves as an advisor in the First Year Experience Program. Her research focuses on the relationship between music and politics, most recently in Mexico City’s punk scene, where she has conducted ethnographic field research. 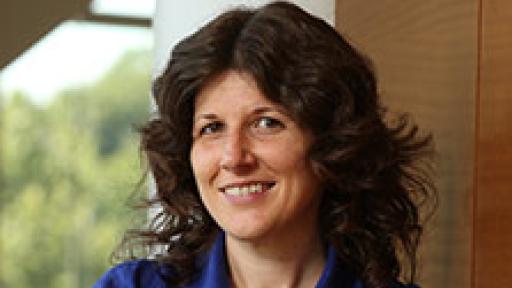 Dr. Hamalis teaches and pursues scholarship in the field of religious ethics, with special interest in the Eastern Orthodox Christian tradition, virtue ethics and the intersection of religion and political philosophy. His works have been published in Studies in Christian Ethics, the Journal of Religion, the Journal of the Society of Christian Ethics, the Greek Orthodox Theological Review, and in numerous encyclopedias. He has contributed essays to edited volumes including "The Orthodox Christian World," (Routledge, 2012) "Toward an Ecology of Transfiguration," (Fordham University Press, 2013) and "Thinking through Faith" (St. Vladimir's Seminary Press, 2008). His forthcoming monograph, "Formed by Death: Insights for Ethics from Eastern Orthodox Christianity," is forthcoming from University of Notre Dame Press. Dr. Hamalis has lectured on topics pertaining to religion and ethics across the country, in Greece and in South Korea. He also serves as a consultant to the Faith and Order Commission of the World Council of Churches. 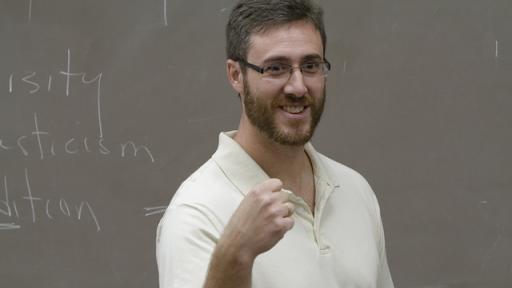 Dr. Leila Azarbad is a licensed clinical psychologist who specializes in health psychology. Her clinical areas of focus are psychological assessment and treatment of mood and anxiety disorders, disordered eating, and obesity. Her research interests focus on eating disorders and dieting habits/eating behaviors of college students. Her current research projects examine the influence of physical activity on food cravings and body image. Dr. Azarbad is actively involved in the psychology department's internship program. She serves as co-advisor for the student organization PHAME (Positive Healthy Active Minds Evolving), a mental health advocacy group aimed at reducing stigma around mental illness. She has taught at the graduate, post-graduate and medical school levels, but her true passion is teaching undergraduates. 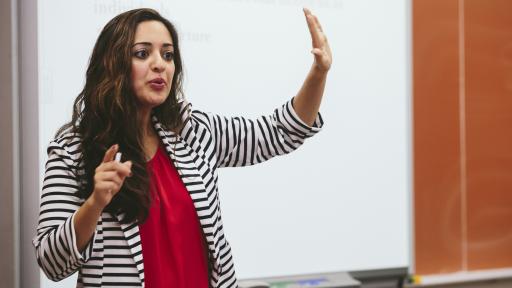 Laura A. Lodewyck teaches courses in both theatre theory and practice, including Script Analysis, Theatre History and Literature, Classical Acting Styles, Fundamentals of Acting, and Period Styles. She also advises the Student Directed Series. Recent publications include "Performing for Soldiers: 21st Century Experiments in Greek Theater in the U.S." in The Oxford Handbook of Greek Drama in the Americas and " 'Look with Thine Ears': Puns, Wordplay, and Original Pronunciation in Performance" in Shakespeare Bulletin. As a performer, Laura has worked with such companies as Wayward Productions, Chicago Fusion Theatre, Illinois Theatre Center, Teatro Vista, Court Theatre, Remy Bumppo, and Chicago Shakespeare Theatre; voiced the news, weather, and traffic for WLIT, KISS-FM, WLS, and WNUA; and won an Emmy for her work as a member of the Chicago NBC-5 street team. 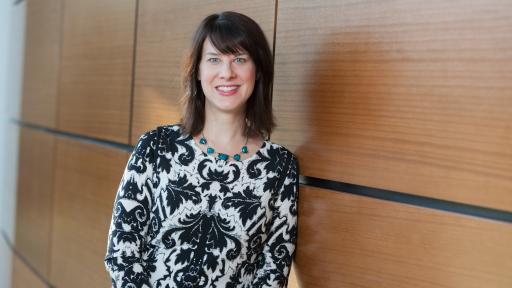 Hailing from the Buckeye state by way of Purdue University, Abigaile VanHorn received a Bilsland Dissertation fellowship to complete her research on the role of candidate wives in presidential campaigns. A recipient of Purdue's Outstanding Graduate Instructor Award and the Political Science Graduate Teaching Award, Abigaile has taught in a variety of capacities for the political science and sociology department at North Central since 2010. She transitioned to the Leadership, Ethics and Values Program (LEV) in late 2015, and she loves the opportunity to both teach in LEV and work with students through a variety of co-curricular programs. 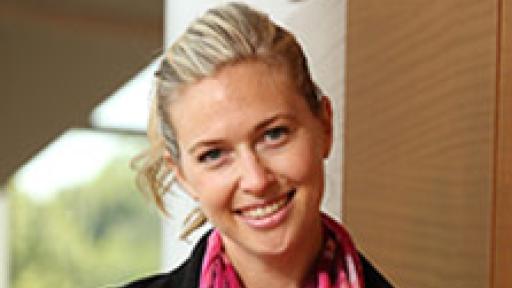