A prominent and passionate voice for those afflicted by social injustice and discrimination is Patrisse Cullors, cofounder of Black Lives Matter.

North Central College has invited Cullors to be its keynote speaker Jan. 19 during the College’s Martin Luther King Week celebration. In 1960, King spoke to North Central students when he visited campus. Like King, Cullors educates and inspires others to stand together to transform society into a world where the lives and contributions of all individuals are recognized equally.

“Our MLK Week committee chose Patrisse Cullors because, besides being one of the founders of Black Lives Matter, she’s part of a new wave of activists that we hope our students can relate to,” says Dorothy Pleas, North Central’s director of multicultural affairs. “Just as during the civil rights movement 50 years ago, college students are using their voices to advocate for issues they believe in.”

Cullors will speak at 7 p.m. Tuesday, Jan. 19, in the College’s Wentz Concert Hall at the Fine Arts Center, 171 E. Chicago Ave., Naperville. Admission is $5/person, $3/person for groups of 10 or more, and free to North Central College students, faculty and staff. Tickets can be purchased at the door or in advance; call 630-637-SHOW (7469) or visit northcentralcollege.edu/showtix.

North Central student Manilyn Gumapas, a sophomore and founder of the multicultural organization Mosaic, couldn’t be more excited “not only for myself but for all my peers and classmates who share a passion for activism to interact with such a prominent activist of our time,” she says. “There are many misconceptions about Black Lives Matter, whether within the North Central community or general public. I sincerely hope everyone in our community will welcome her, listen to her message and allow themselves to be challenged by it.”

With an impressive résumé of social activism in response to social injustices, Cullors was inspired to action by the 2013 acquittal of George Zimmerman in the shooting death of Trayvon Martin. Starting the Twitter hashtag #BlackLivesMatter, cofounders Cullors, Alicia Garza and Opal Tometi prompted activism nationwide and introduced the banner for this generation’s civil rights marches. The three (right) were featured on the cover of the January edition of The Chronicle of Philanthropy and included in its special report titled “40 Under 40: Young Leaders Who Are Solving the Problems of Today.”

Davonte Sanders-Funches, a sophomore and vice president for North Central’s Black Student Association, thinks it’s important that Cullors’ message be “eye-opening. ... Sometimes we can get accustomed to the life we live and feel like certain situations aren’t as important because they’re not in our face,” he says. “My hope is that she can educate us all on the many acts of racism that work against African Americans and tell us what Black Lives Matter is doing to combat them.”

Cullors, an established community leader and performance artist, raises awareness to issues—specifically law enforcement accountability—through a blend of activism and art. In 2011, she developed “STAINED: An Intimate Portrayal of State Violence,” a traveling art piece exposing the realities of her incarcerated brother’s abuse by law enforcement. Her awareness led her to establish Dignity and Power Now, which fights for incarcerated people, their families and communities. Also the truth and reinvestment campaign director for The Ella Baker Center for Human Rights, Cullors works to build response capacity of communities affected by state and law enforcement violence.

Cullors’ advocacy has earned her honors, including the Mario Savio Young Activist of The Year Award and recognition as a “New Civil Rights Leader For The 21st Century” by the LA Times. In 2015, Cullors and her Black Lives Matter cofounders were honored with inclusion on The Root’s Top 100 List for the movement’s social and political impact. Cullors also was honored with the Berger-Marks Foundation 2015 Edna Award.

North Central College welcomes other prominent speakers as part of its MLK Week activities. Alumnus William Davis, class of 1971, will address the annual Prayer Breakfast on Monday, Jan. 18. Davis has had a long social service career in Chicago and serves as president of the African American Alumni Association of North Central College. Dr. Leah Gunning Francis, associate dean for contextual education and assistant professor of Christian education at Eden Theological Seminary in St. Louis, will speak on Thursday, Jan. 21. Gunning Francis was an active and visible presence in Ferguson, Mo., in the weeks after the tragic shooting of Michael Brown in August. 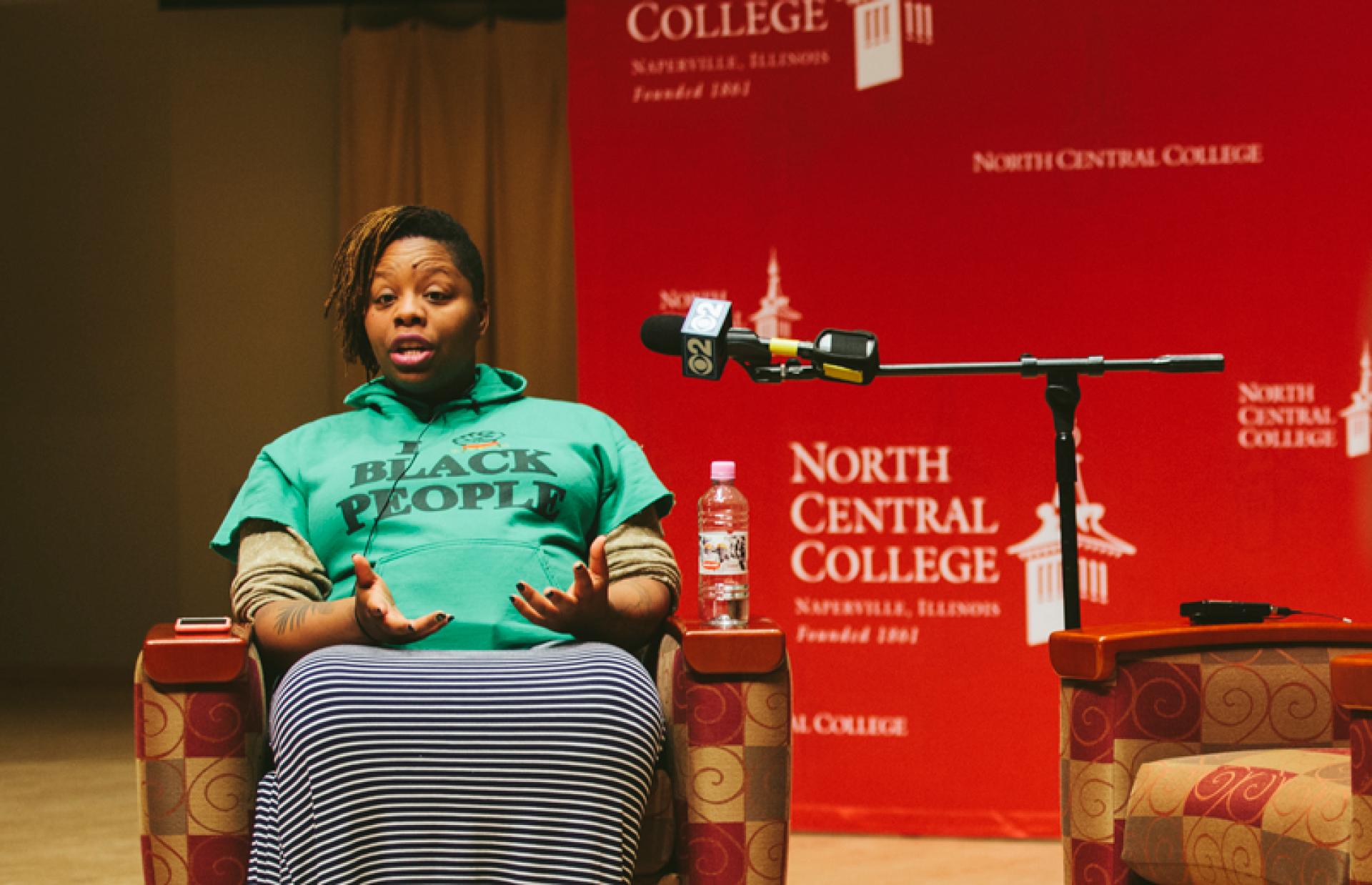