At North Central College’s 152nd Commencement June 10, 694 students were awarded bachelor’s degrees and 117 received master’s degrees to the cheers of thousands of family, friends and faculty. The Class of 2017 now joins a network of more than 27,000 North Central alumni worldwide.

Before names were called and diplomas awarded, one of North Central’s own—1975 alumnus Dennis Gage, Ph.D.—offered counsel as Commencement speaker: “Push hard for what you believe is right. … Keep some of that idealism that is currently brimming within you alive and use the power of that idealism to affect positive change.”

Board of Trustees secretary Kevin Gensler received the Gael D. Swing Award for Meritorious Service. Named for the College’s eighth president, “the award is given to individuals whose impact on the College place them on a very special plateau,” said Hammond. Gensler “has served this institution with insightful leadership, a keen mind and extraordinary generosity with his talents and always has the best interests of North Central at heart.” He is managing partner of Dommermuth, Cobine, West, Gensler, Philipchuck, Corrigan and Bernhard, Ltd., in Naperville.

Professor of English and Coordinator of Environmental Studies Martha Bohrer, Ph.D., received the Harold and Eva White First Citizen of the College Award. The award recognizes a faculty, staff or student who exemplifies the best of North Central College. As faculty she served the campus capably and admirably in leadership roles, said Hammond.

By vote of the senior class, senior Paula Zerante received the Mark A. Reid Leadership Award. An accounting: CPA major, she is an example of a well-rounded student-athlete, scholar and campus leader. She is best described as “reliable, dependable and driven to succeed,” said Hammond, as she mentored first-year students, served as student comptroller for student groups and played on the women's basketball team.

Speaking for the Class of 2017, senior David Roznovjak remarked: “Our generation is the generation that will prompt change in the world. It’s up to us to take the first steps into making our world better by introducing new art and literature, broadening philosophical thought, advancing scientific research and combating climate change.”

To view our photo gallery on the College’s Facebook page, visit bit.ly/NCGrad2017photos. 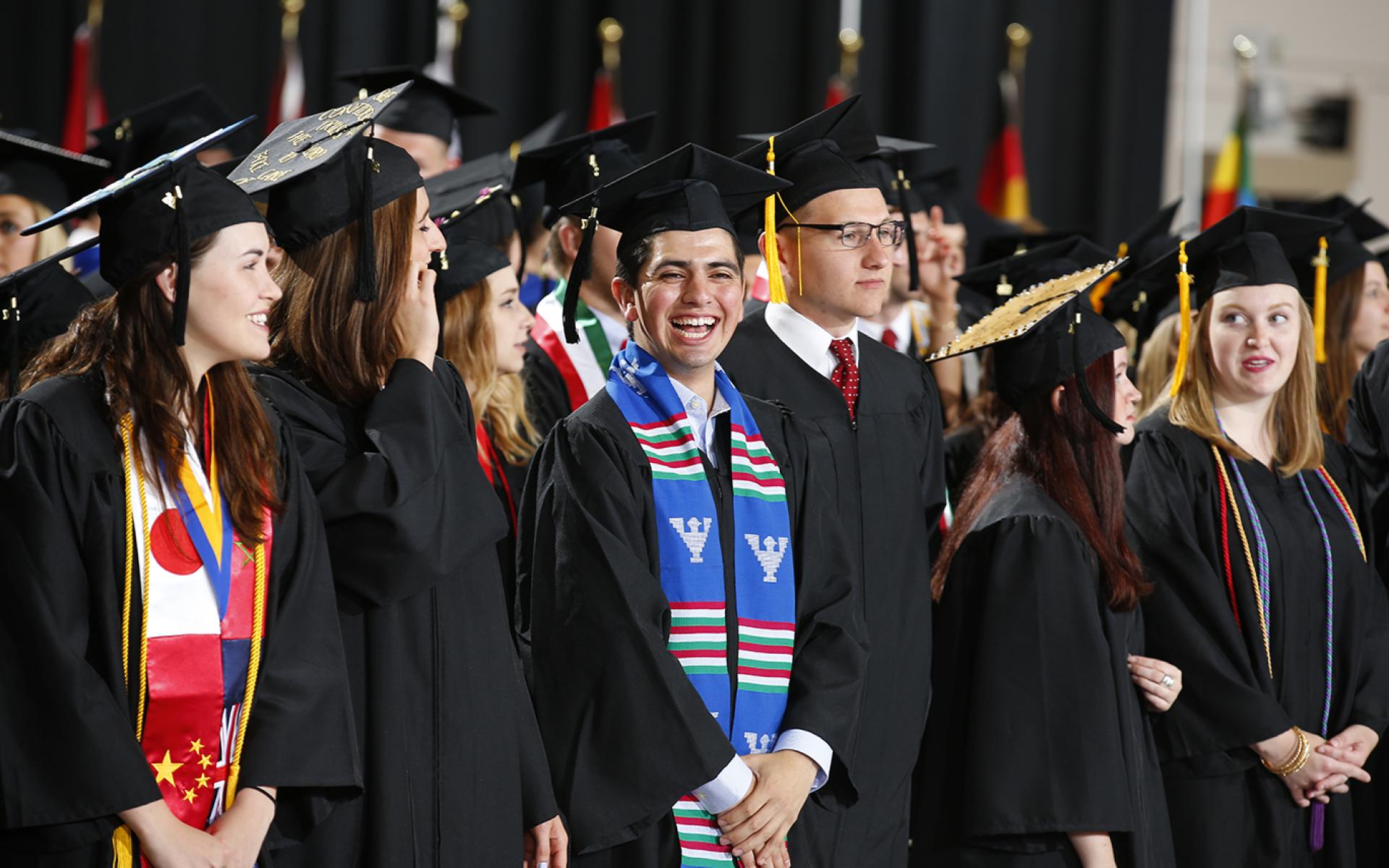