A third-year, Hawkins is a bright student majoring in entrepreneurship and small business management with a minor in marketing. His extracurricular activities at the College include wrestling, playing intramural ultimate Frisbee and serving as a member of the College’s Black Student Association.

“I’ve also worked in North Central’s Multicultural Affairs, participated in service projects and studied abroad in Morocco,” said Hawkins, who describes himself as an “entrepreneurial enthusiast” fascinated with the idea of opening and operating his own business.

Hawkins is one of four student recipients of a scholarship through the College’s new Chick-fil-A Entrepreneurial Leadership Scholarship Fund. The fund was established in 2017 through the generosity of Mark Cabrera, owner of the Chick-fil-A franchise in Fox Valley Center, Aurora, Ill. Cabrera has pledged to give $36,000 to the College over the next three years to provide assistance for undergraduate students preparing to become successful business leaders and entrepreneurs. Each student is awarded $3,000 to be used for tuition, fees, book expenses, and room and board.

“My goal is to help people reach their goal,” said Cabrera, who became a franchise owner at age 23. The seed for his career with Chick-fil-A was planted in college, when an “owner of a Chick-fil-A business spoke to my economics class,” he recounted. “After class, I had a conversation with the owner, who said to me I would be a great fit” for the franchise.

Today, Cabrera has his own professional purpose statement: “To maximize income and influence through remarkable dining experiences and life-altering employment opportunities. This is the filter in which I make decisions,” he said. “And one of my main passions lies in the last part of the statement—create life-altering opportunities.”

The scholarship fund is one way Cabrera is seeking to offer such opportunities.

“I want to share with students a congratulations on a job well done. I want students who are selected to feel supported and congratulated, and it’s also a way to give back,” said Cabrera, who is committed to building an affinity with North Central students as part of his talent recruitment efforts.

“I guess that’s the selfish part of the process,” Cabrera admitted, although he supports scholarship recipients with other employment pursuits. “People are the lifeblood of business, and my hope is to prepare people to leave the franchise better prepared for life and business.”

“I have kept myself actively involved since starting college, and I intend on doing so through graduation,” said Hawkins. “I highly appreciate the honor of being selected for the scholarship, and I will take what I learn from North Central College, apply it to my career goals and ultimately give back to society in every way I can. I am forever grateful.” 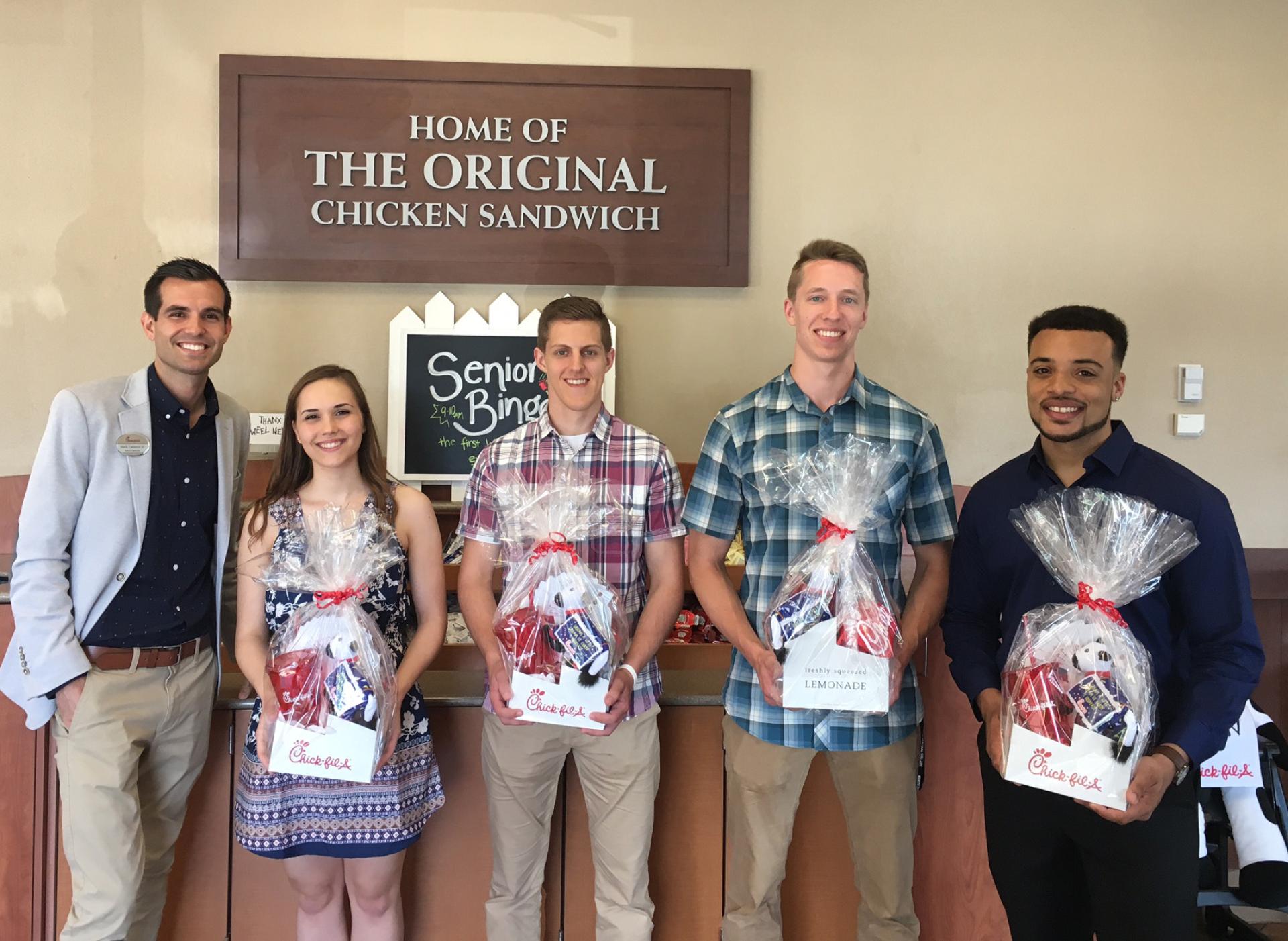