Connor McGury ’18 runs toward solutions, not away from problems

The motivation to run a marathon may be to improve physical health, to check an item off a “bucket list,” or to establish a personal best. The most challenging reason of all, however, may be a selfless one. That is just the kind of motivation Connor McGury ‘18 embraces.

McGury, a Naperville native majoring in entrepreneurship and small business management, has been named North Central’s 2017 Lincoln Laureate recipient. Faculty nominated McGury for academic excellence and a habit of working for the benefit of others. Recognized Nov. 11 by Illinois Gov. Bruce Rauner, McGury received a Student Laureate medallion and $1,000 educational grant.

McGury's altruism was evident when he ran the Chicago Marathon to raise money for Salute Inc., a charity that helps injured veterans.

“I really wanted to give back to a cause I’m passionate about, especially since I have close friends who’ve served, or are serving in the military,” McGury said. “Running for a group dedicated to helping injured veterans provided some motivation to run when I really didn’t feel like it. Salute is an amazing group and it was a very humbling experience to join them for the marathon.”

A highly involved individual, McGury has been a Resident Assistant, completed two internships and received a summer research grant to work with Assistant Professor of Entrepreneurship Chetan Chawla on collecting data on high-tech acquisitions and cryptocurrencies. This past year McGury’s classmates voted him president of the Student Government Association.

“[North Central] makes it very easy to get involved,” McGury said. “I’ve gained a lot of experience in leadership, public speaking and teamwork and have been introduced to new people and industry opportunities as a result.”

My experience at North Central has been incredible. I’ve been able to customize my education and have been exposed to a lot of new ideas and beliefs that have all made me a better person.

McGury is also a vital member of the North Central College Enactus team, working with fellow students on entrepreneurial projects. Faculty advisor and Associate Professor of Accounting Jerry Thalmann feels that McGury has distinguished himself with his leadership.

“Connor has been the most effective leader that the Enactus team has encountered during my 18 years of advising, even though he has never held or run for an official position,” Thalmann said. “When at competition, a crisis arose where he demonstrated his maturity, making it difficult to remember that he was a student and not a contemporary.”

As part of an outreach project for Enactus, McGury collaborated with North Central Trustee Jim McDermet M ’92, retired senior vice president of Starbucks, and Thalmann to research options for creating a coffee laboratory and bringing a coffee roaster on campus.

“[Connor] represented North Central College with poise when meeting with executives from industry leaders to pitch the project,” Thalmann wrote in a Lincoln Laureate nomination letter.

McGury worked directly with McDermet on a proposal to Probat, one of the largest coffee roaster manufacturers in the world. They are hoping to use the coffee lab to create more interdisciplinary, high-impact learning experiences on campus.

In addition to bringing together students, faculty, alumni and trustees, the coffee project also serves an underrepresented group far from campus. “Coffee is the second most heavily traded commodity, next to oil, and we’re creating a sustainable business model that farmers and others can use,” said McGury. “The idea behind our coffee is we want to use our campus to connect with and give voice to small farmers in Guatemala, helping them gain access to new markets.”

Having made the most of his collegiate career so far, McGury is well aware of the significant impact made by North Central, as well. “My experience at North Central has been incredible,” McGury said. “I’ve been able to customize my education and have been exposed to a lot of new ideas and beliefs that have all made me a better person.” 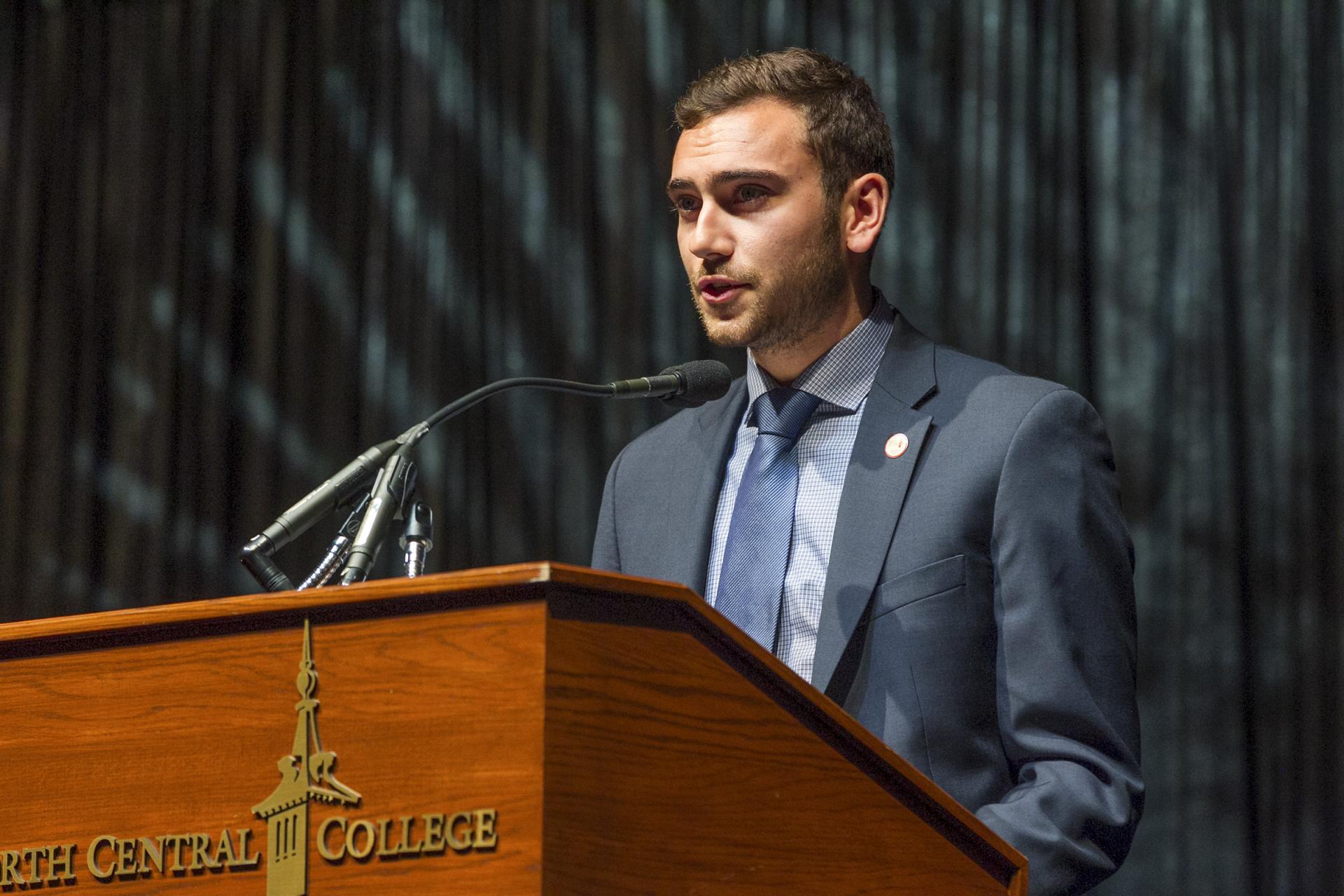