McLean Holmes ‘18, computer science major, does not call himself a video gamer, but that hasn’t stopped him from cultivating a vibrant new community on campus with those who do. That’s how deeply the world of eSports, or competitive video gaming, has inspired him. It’s on the way to becoming a billion-dollar international industry, and North Central College students are jumping in with both feet.

The student organization calls itself NCC eSports, and Holmes is the current president. Since the College officially recognized the club in fall 2017, NCC eSports has grown to nearly 100 members connected by an emailing list. They are in the process of putting four teams together for competition, each specializing in a particular game: Player Unknown’s Battlegrounds, League of Legends, Overwatch and Counter Strike: Global Offensive.

The club operates out of a converted Carnegie Hall office space. It boasts a large, open area housing five PCs outfitted with top-of-the-line technology. “To put it in perspective, the 1080 TI graphics cards we use are what bitcoin miners are buying to solve their calculations,” Holmes said.

So far, Holmes has observed players training for one or two hours each day, and they consistently occupy the lab. “To train, they play,” Holmes said. “It’s the basic principle of ‘practice makes perfect.’”

The eSports industry is growing exponentially each year. In its 2017 Global Market Report, leading eSports tracking company Newzoo estimated revenues from competitive gaming would reach $696 million by the end of last year and approximately $1.5 billion by 2020. The biggest showcase of the new sporting craze was when 43 million viewers watched the 2016 League of Legends World Championship, broadcast from a sold out Staples Center in Los Angeles. Newzoo expects 427 million people will be watching video gaming by 2019.

In addition to professional competitions sponsored by sports franchises and corporations, colleges across the country are getting involved with school tournaments and awarding scholarships to eSports athletes; in fact, the NCAA is evaluating eSports for inclusion.

NCC eSports has facilities to compete with and host schools in the area in competitions. The student organization is one of the first such clubs among schools in the New American Colleges & Universities and plans are in place to engage other member colleges of the College Conference of Illinois and Wisconsin for tournaments. Holmes says that the technology in the gaming lab is the latest and most advanced, with a fast, stable network on par with any competitor in the country.

Holmes is an unlikely president for the organization considering his background. “My mom never allowed us to have a game console at home, at all,” said Holmes. “It wasn’t until fall term (of 2017), when we had the machines for the eSports teams, that I started getting into it. I’m trying to learn. It’s definitely a different environment and thinking process compared to what I’m used to.”

The student organization has grown organically. “At the fall student organization day, we brought a gaming rig out, and it attracted a lot of people,” Holmes said. “But it’s basically been word-of-mouth. There was a lot of expressed interest. It’s a large community on campus.” The club employs email blasts, Facebook and Twitter to keep its community updated and draw in new membership.

NCC eSports collaborates with Dev131, the computer science student organization on campus of which Holmes is also a member. Together they hold events to raise money for the clubs, such as a game night at the Dr. Myron Wentz Science Center. “On week five of every term, we break down all the rigs in Carnegie and we transport them to (Judy G. Stevenson) Ratio Hall,” said Holmes. “It’s a night to blow off some stress and play some games. We invite gamers of every skill level.”

Despite its growth, Holmes says eSports is in a realm to itself. ”It’s not publicized a lot in the mainstream media, but as soon as you cross that borderline into the gamers’ community, it is huge,” Holmes said. “People watch on streaming channels and they learn plays online.

“I think especially as augmented reality and virtual reality become a bigger component of technology, that’s going to bring it to a whole new level. You’re going to get the physical component along with the digital component and it’ll be a game changer.”

The president of NCC eSports sees a lot of value in the activity, as a way to develop strategic thinking, teamwork, discipline and dedication. Players also learn to take on a number of different roles in a group dynamic.

“A big factor I see even as an observer and a player is the need for communication,” Holmes said. “When you’re looking at a screen, you’re not in a virtual environment. If you’re not telling your teammates what you see, where you’re going and what the plan is, you’re in trouble.” 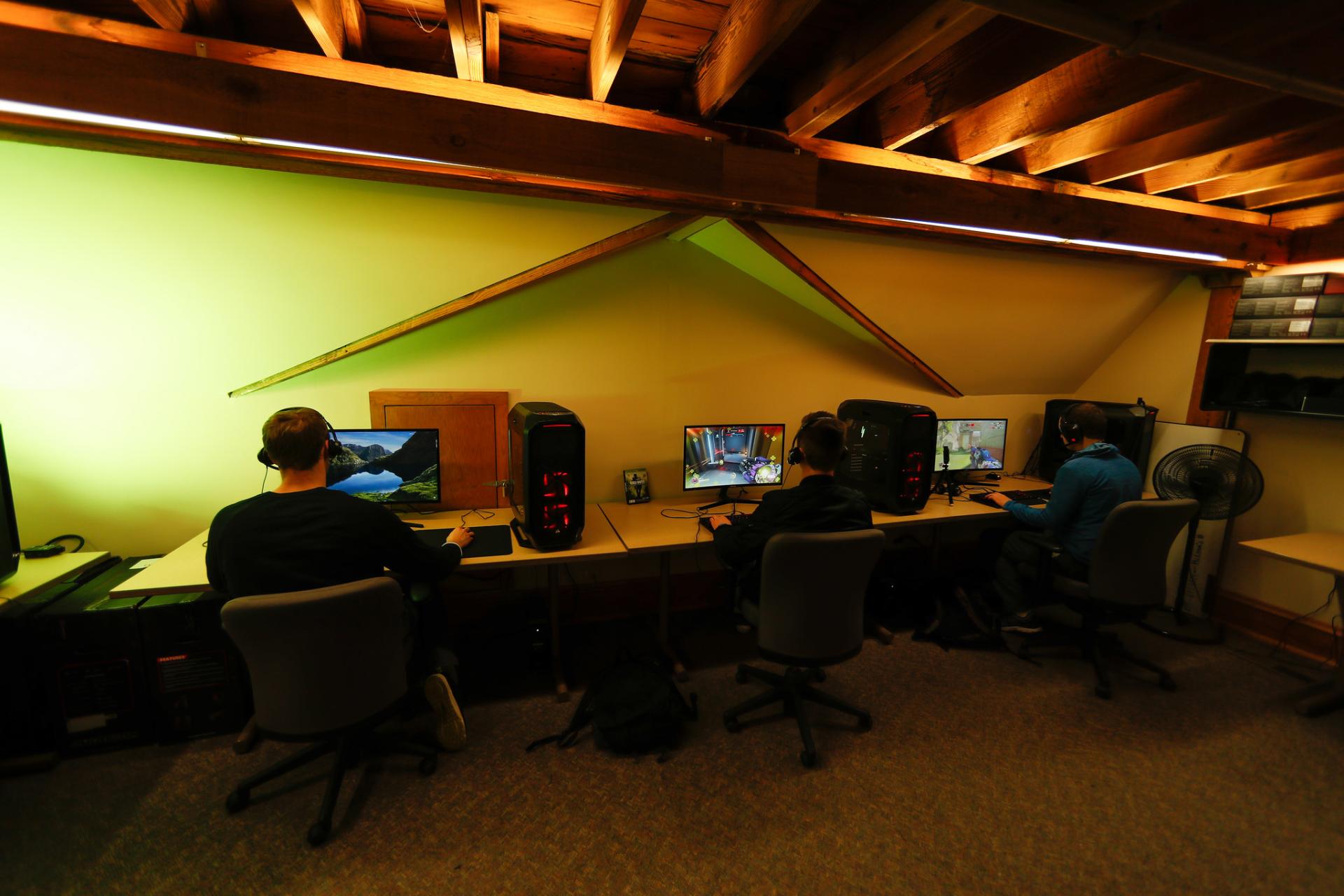