North Central College is now a global leader in social innovation education. The College has been designated a “Changemaker Campus” by Ashoka U—an initiative of Ashoka, the world’s largest and leading network of social entrepreneurs. Less than 50 higher education institutions around the world have earned this designation.

“We are honored to have received this prestigious designation by Ashoka U, particularly as an institution committed to preparing students for action and leadership in a complex world,” said Troy Hammond, Ph.D., president of North Central College. To develop “changemakers,” Ashoka U believes education should be interdisciplinary, entrepreneurial, and solutions-oriented.

“Since the founding of this great College in 1861, the vision of our first president A. A. Smith has been at the core of our values: ‘We should be a great moral lighthouse, sending out a clear and steady light upon all subjects that pertain to the well-being of humanity in this world.’ Today, North Central College remains steadfast in that vision,” said Hammond.

North Central College will join the Changemaker Campus Network—a dynamic, global community of students, staff, administrators, faculty and community partners who share inspiration, connections and a commitment to broaden the reach and impact of social innovation and changemaking around the world. Additionally, North Central will be part of the broader Ashoka community, which includes 3,500 Ashoka Fellows in over 90 countries working to address systemic challenges related to poverty, human rights, health care, education, and the environment.

“I’m proud of the work that our faculty and staff have done to put the College in a position to enter the Ashoka network. Our Changemaker Campus designation builds on decades of good work initiated and implemented by many across the campus around leadership for social impact,” said Kimberly Sluis, Ed.D, vice president for student affairs and strategic initiatives.

“The Changemaker Campus designation moves us further into a network of other institutions looking to help students build the empathy, leadership, teamwork skills, and capacity to identify opportunities and make important changes within their communities. It is an exciting time at North Central College. The distinction further certifies the College as an institution offering a differentiating educational experience for every student,” said Sluis.

Ashoka U recognizes colleges and universities globally that have embedded social innovation and changemaking into their culture, programming and operations and are committed to re-envisioning the role of higher education in society as a major driver of social change.

“The great need in a world fraught with complex problems is the development of creative problem-solvers. The Ashoka U Changemaker Campus designation puts North Central among and in partnership with some of the most forward-thinking colleges in the world that are serious about producing the next generation of changemakers,” said Jeremy Gudauskas, assistant vice president and co-director of North Central’s Center for Social Impact.

Earlier this year North Central College opened the Center for Social Impact, which serves as a hub of opportunities for students to explore issues and causes they care about through five “changemaking pathways”—service, academics, social entrepreneurship, civic engagement, and advocacy. Each pathway offers unique learning opportunities both inside and outside of the classroom, immersion experiences, internships, student organization activities, leadership roles and funding sources that can equip students with the mindset and skillset to lead change.

Social entrepreneurship is a growing trend in undergraduate programming, although only a few schools across the country offer academic majors in these emerging fields.

“North Central has long had a deep commitment to producing graduates who will be impactful leaders and citizens. The Ashoka U Changemaker Campus designation is both a wonderful recognition of our work thus far and a powerful acknowledgement of our commitment to redouble our efforts going forward,” said Thomas D. Cavenagh, JD, Schneller Sisters Professor of Leadership, Ethics and Values, professor of business law and co-director of the Center for Social Impact.

“The College has long produced student ‘changemakers’ and acted as one in its own right as an institution. The Ashoka U Changemaker Campus designation helps us to tell the story of a college committed to positive impact, collaboration, compassion, and problem-solving to both prospective students and our community,” said Whitney Roberts, director of civic engagement and social innovation. 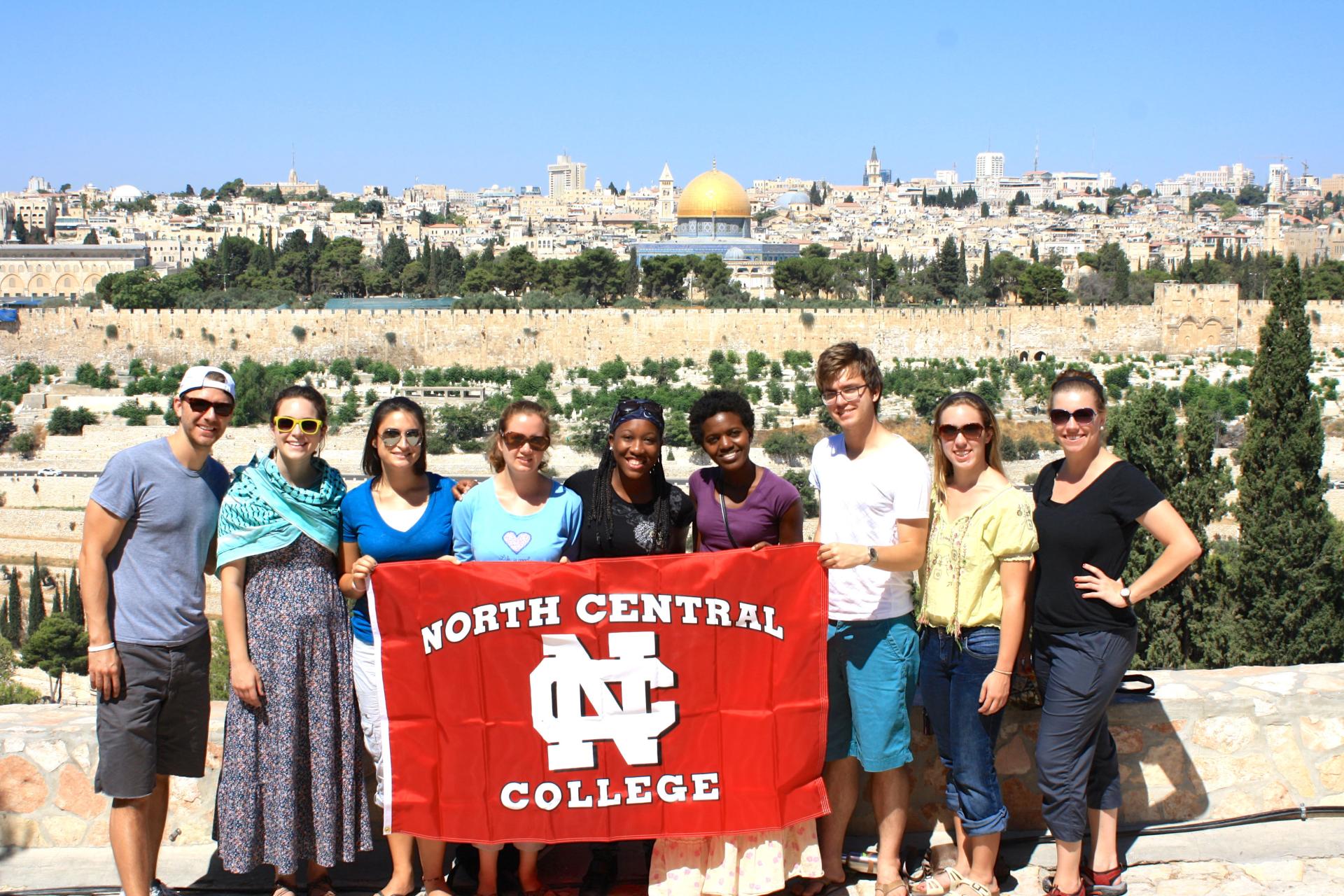