North Central College students had a busy and productive winter and spring terms, both inside the classroom and out. Guided by expert faculty and mentors, they distinguished themselves at academic competitions across the country, excelling in activities based in the arts, broadcasting, the legal system, public speaking and entrepreneurship.

On February 28, North Central students from Self Employment in the Arts (SEA) attended the 18th annual SEA Conference and Juried College Art Competition in Lisle, Ill. North Central students Kayla Castellanos ’20 and Christine Seitz ’20 won two of the four Juror’s Awards for their submissions. Students from four states and 11 colleges submitted more than 60 pieces of art to the contest.

Maria Requeña ’18 earned a $1,000 prize from the SEA Idea Pitch Competition. Her concept for creating a community-based collaborative art experience topped ideas by students from Georgia, Illinois, Puerto Rico and Wisconsin. Requeña’s winnings are funding her continued development of the pitch with the help of North Central’s ConVerge program.

"When you consider these are college students, who are still in the process of refining and developing their skills, the level of work they produced was really incredible," said Amy Rogers, who directs SEA. 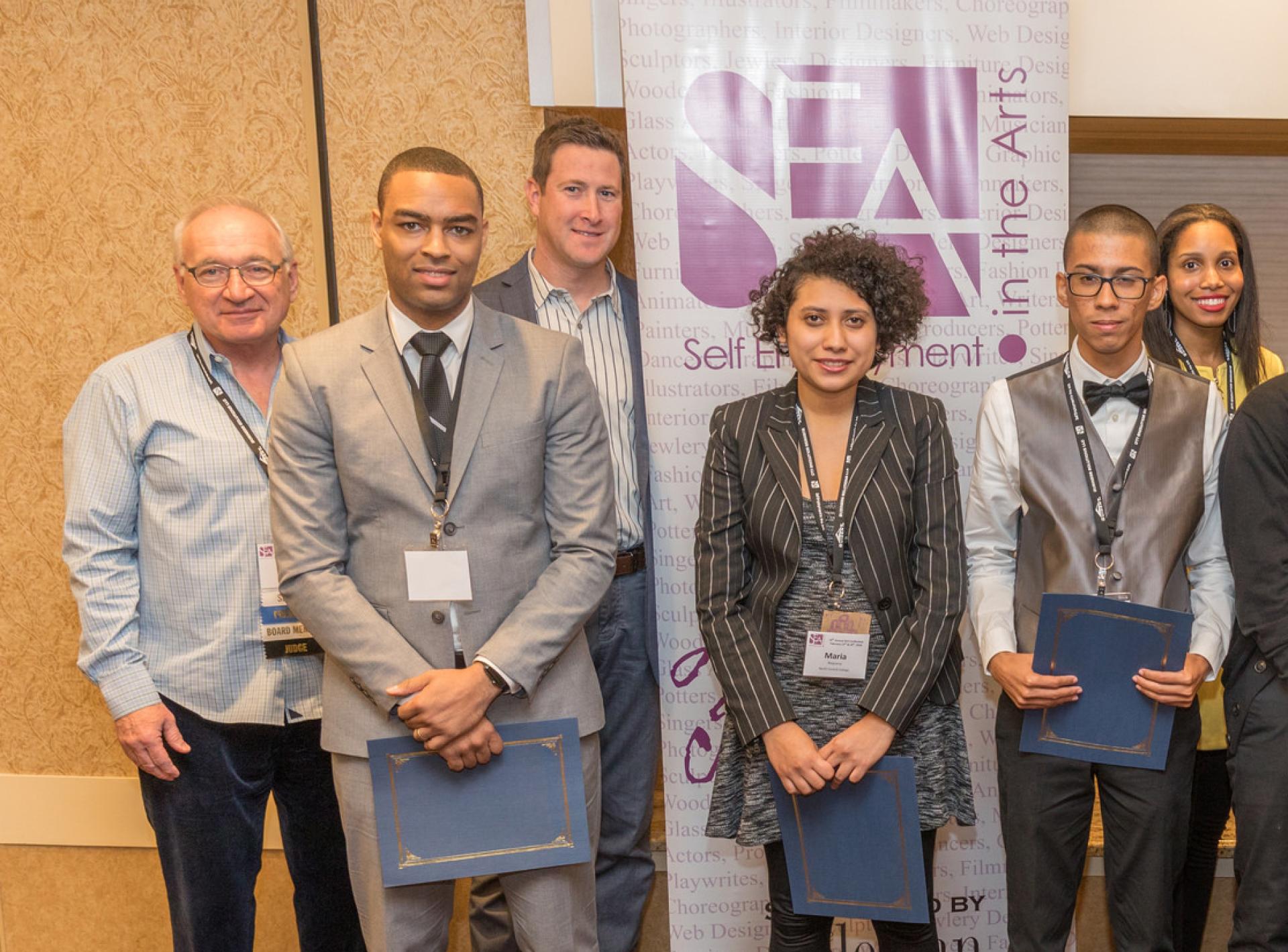 Maria Requeña (third from right) with the other winners of the Idea Pitch Competition.

"I was delighted to see that WONC once again distinguished itself in this national competition,” said Madormo. “It’s important for college radio stations to compete in programs like this so they can find out where they stand nationally.” 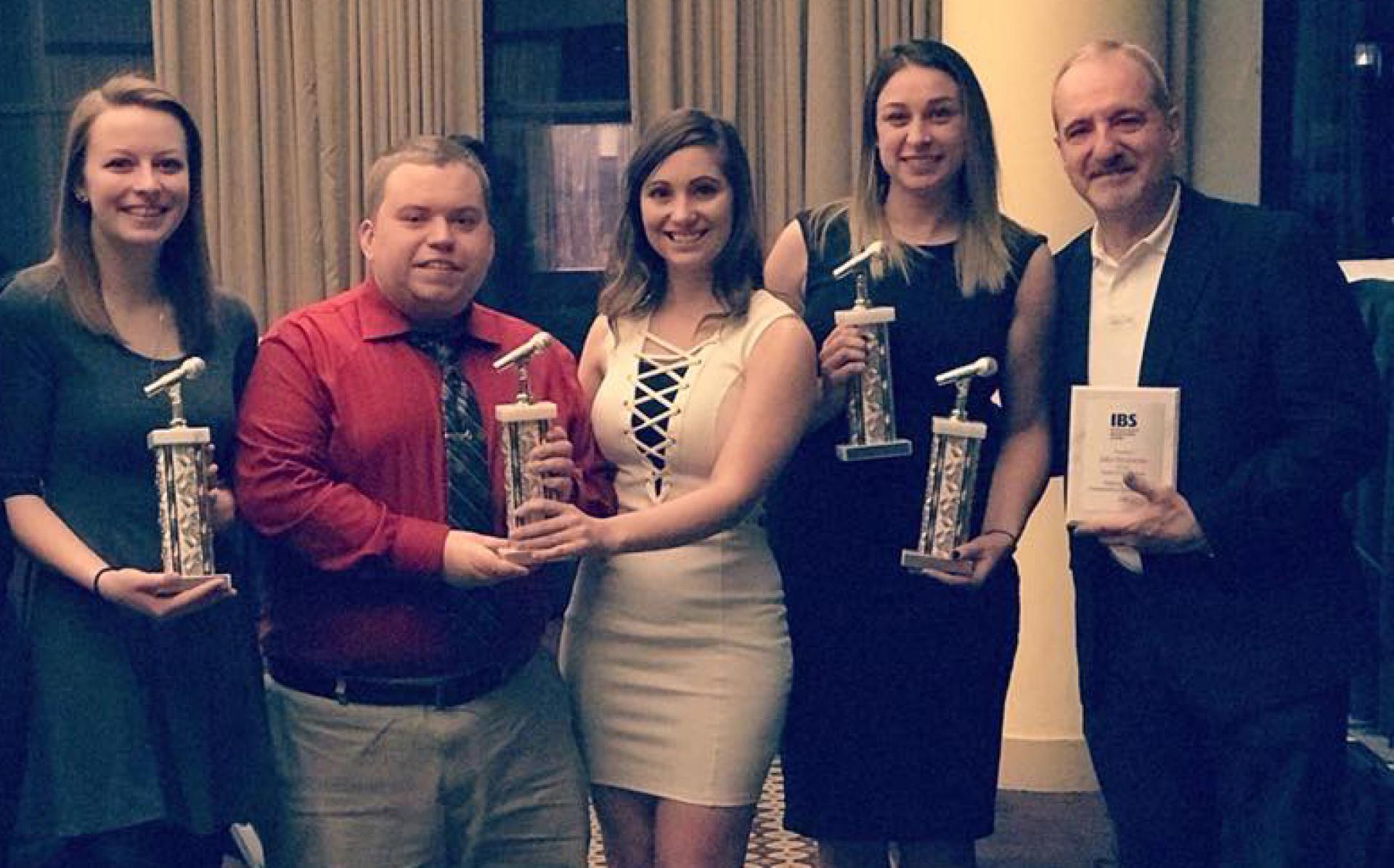 The North Central Mock Trial team hosted the American Mock Trial Association Opening Round Championship Series (ORCS) in Geneva, Ill., on March 17 and 18. Natalie Bernier ’18 won 18 ranks on the Defense Attorney Award and teammate Emily Salomone ’18 took 16 ranks on the Defense Witness Award. Ranks are the measure by which judges decide winners in the competition.

Their performance capped an outstanding season that included top finishes at the Northern Illinois University Huskie Tournament and University of Illinois Invitational Tournament.

“ORCS is a particularly challenging tournament because new witnesses and evidence are often added to the trial materials ahead of the tournament, requiring teams to think on their feet to incorporate the new information,” said Alyx Mark, assistant professor of political science and faculty advisor for the team. “Our team demonstrated the fruits of their hard work and commitment throughout the year with a dedicated, cohesive effort across the four rounds.” 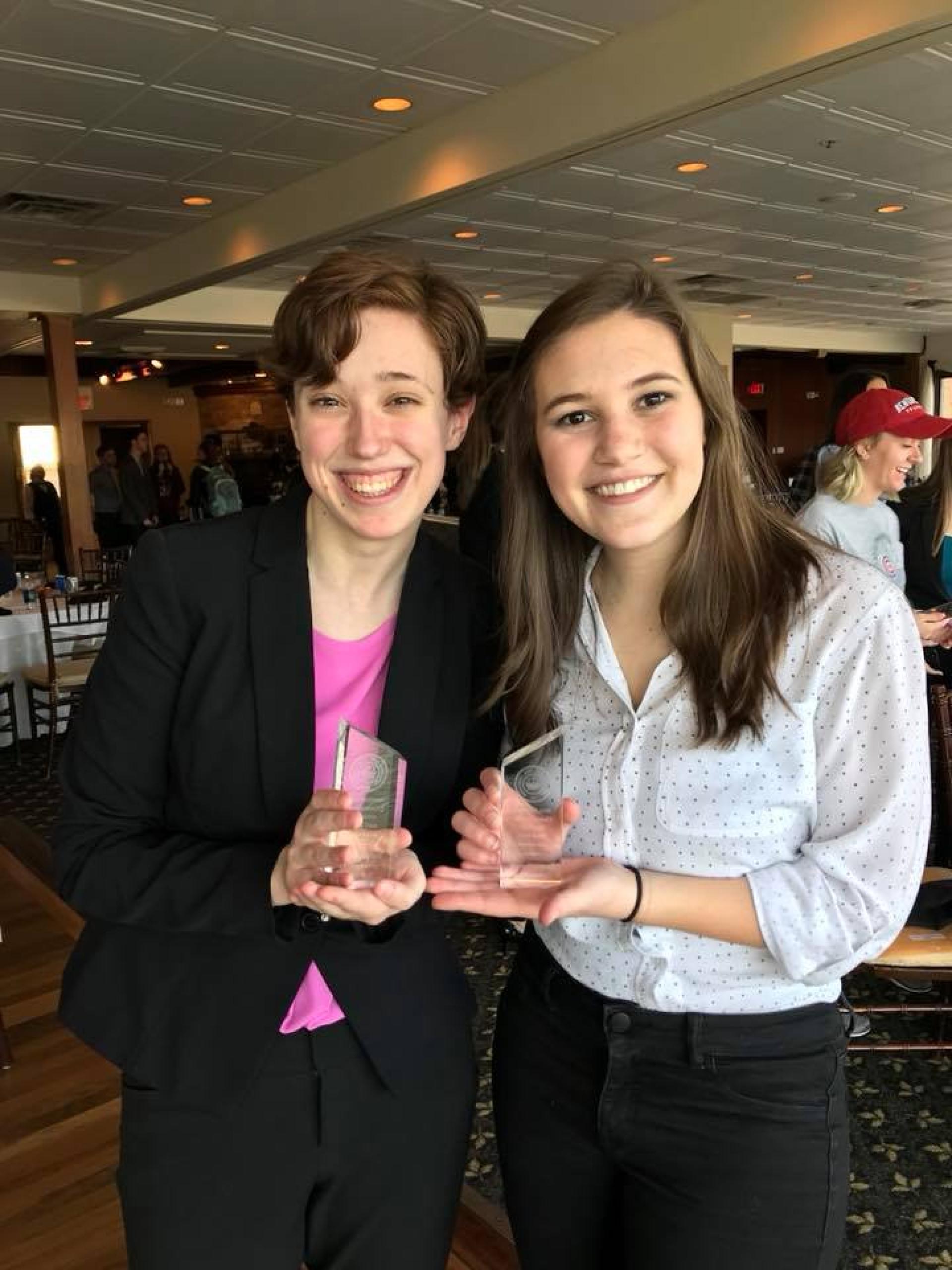 North Central College forensics found tremendous success at two national tournaments. The team finished highly, both as individuals and as a group, at the Pi Kappa Delta national competition in Nashville, Tenn. in March. Ellie Venchus ’19 was the top speaker in junior parliamentary debate and won a national championship in the event with her partner Gabbi Gruver ’19—the seventh national championship for North Central at Pi Kappa Delta.

Smith made the 2018 American Forensic Association National All-American Team. She is the 10th North Central student to make the team since it was first announced in 2000.

In April at the National Forensics Association tournament in Oshkosh, Wis., the Cardinals earned national championships in novice prose reading from Emily Barham ’18 and novice extemporaneous speaking from Jessica Wycha ’21. Norah Flaherty ’18 was third in the nation in persuasive speaking with a speech about sexual violence against those within the cognitively disabled community. The team took fourth place in presidents division I and was 14th in the nation as a team.

John Stanley, associate professor of communication and co-director of forensics, spoke on Flaherty and the team’s success. “Forensics gives our students the opportunity to have their voices heard about a number of significant issues. I couldn’t be more proud of Norah’s hard work, determination and advocacy for such an important topic.” 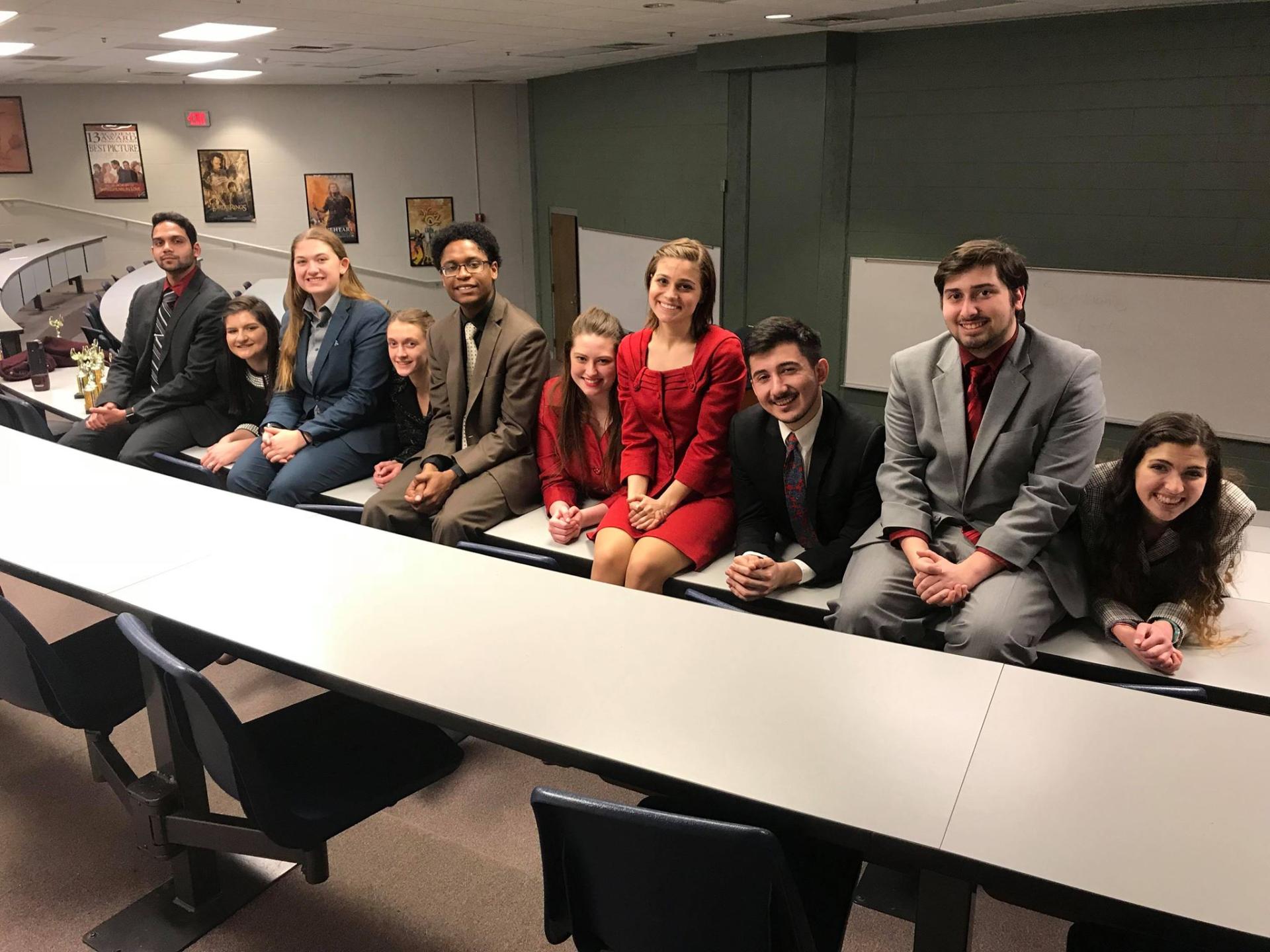 North Central’s Enactus team finished as a semi-finalist, making it to the final 16 of the 87 teams competing at the Enactus United States National Exposition on May 23 in Kansas City. The team gave a strong presentation led by Emily Alaimo ’18, Michael Duy ’20, Brandon Malone ’18, Gaby Rago ’20 and Mario Tinsley ’18. Connor McGury ’18 acted as student coach, and Joe Coryell ’20 and Justin Simbol ’20 were in charge of visuals. Enactus President Matt Marcotte ’18 participated in the question and answer portion along with Kim Duong ’21 and Mackenzie Yates ’20. Key projects presented were their work with Guatemalan Partners, including their Conscious Bean Coffee and chocolate; SureGrow Gardens; and the new youth entrepreneurship project called Ask-A-Mentor.

Rogers, who manages the North Central Enactus program, said, “I’m extremely proud of this group of students. The level of maturity that they displayed along with their work ethic and ability to work together certainly shined through.” 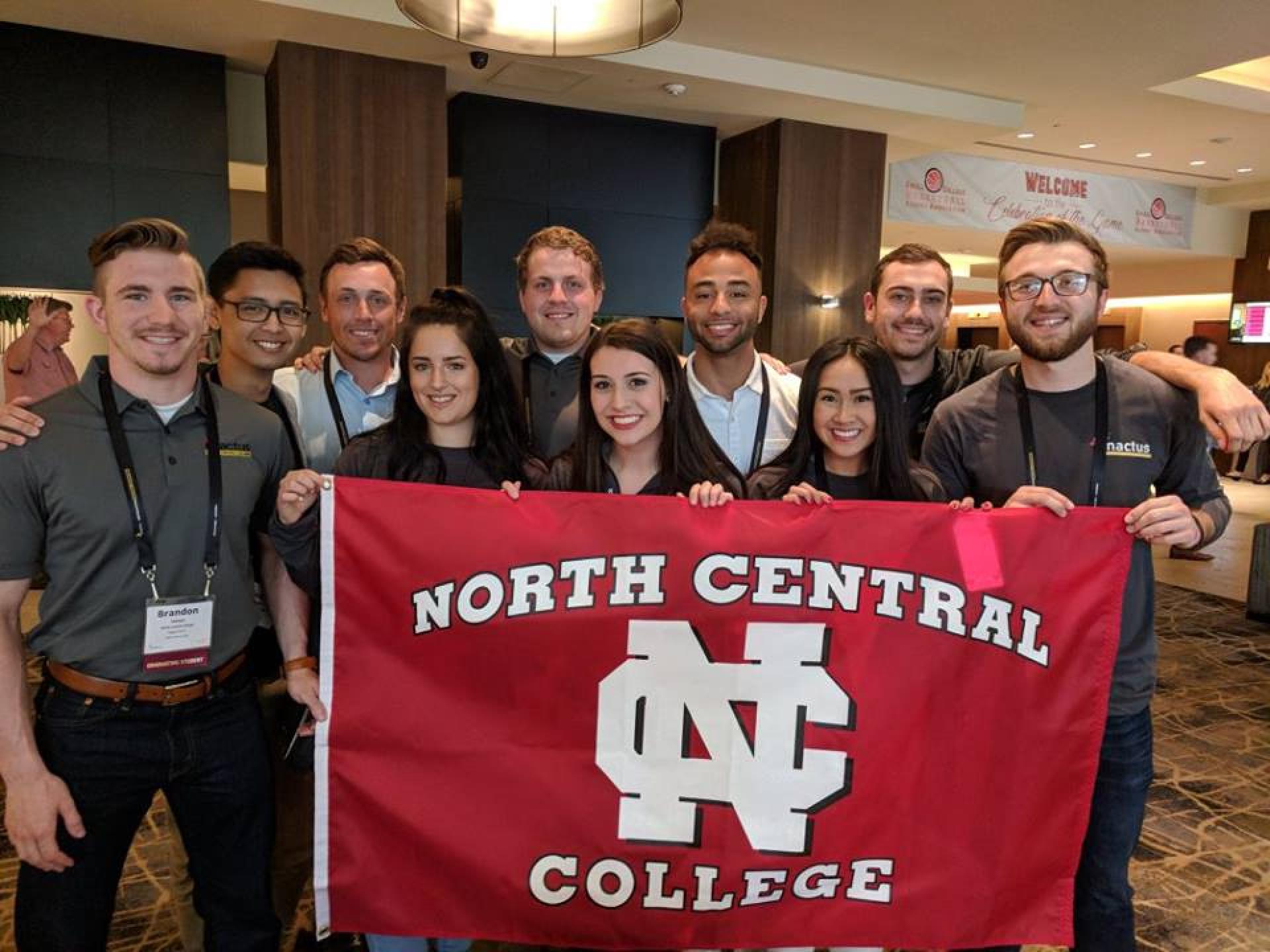