The North Central College esports team, simply known as NCC eSports, is looking to the future after a hugely successful 2018 slate of competition. In only their first full year fielding competitive squads, Cardinal video gamers playing Counter-Strike: Global Offensive (CS: GO) won their division in the Collegiate Starleague (CSL). In addition, they qualified for postseason competition, finishing among the top 16 of the national tournament.

The team is part of an industry that is growing exponentially. According to industry research authority Newzoo, esports revenues will get up to $1.1 billion in 2019, up 26.7 percent from last year. There are more than 900 colleges and 30,000 players involved in the CSL alone.

Less than two years since gaining status as an official student organization at the College, NCC eSports president Gavin Frey ’20 and his teammates are developing as they go, establishing themselves as a regional and national contender despite not being sure what they would encounter.

“We entered the Junior Varsity division as we didn't know what the league was going to look like,” said Frey. “There is a large mix of (NCAA) Division I, II, and III and NAIA schools in the CSL.” 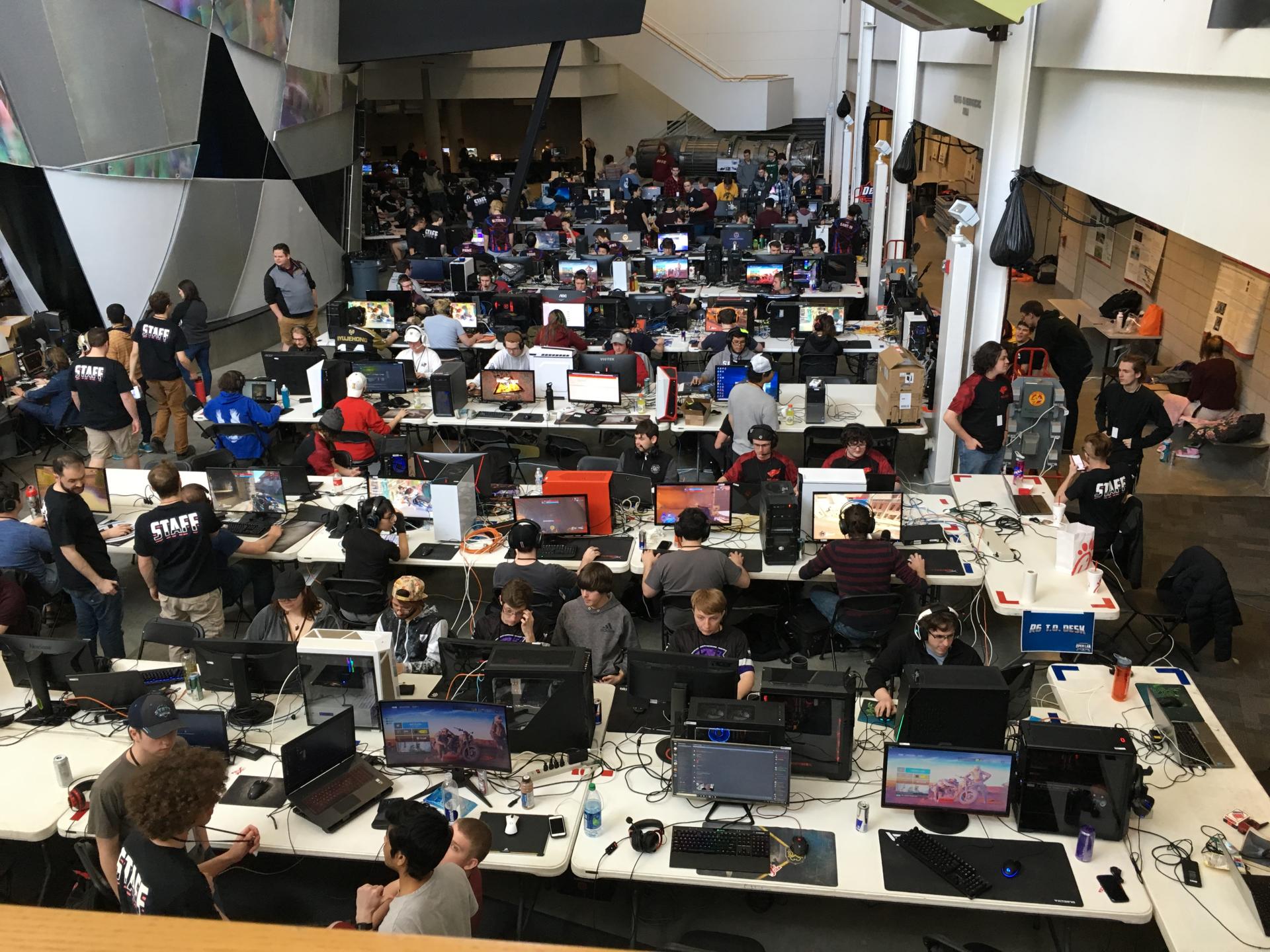 Treating esports as more than a game

Preparation and dedication are already hallmarks of the team’s style, as players take great care to use their time and resources wisely. Their training sessions in the gaming lab at Carnegie Hall are enjoyable, but all business, designed to make them into a cohesive unit.

“To prepare for our matches we set times twice a week to work out strategy and practice using our smokes, grenades, Molotovs, and so on,” Frey said. “Then we would scrimmage whenever we were available and build some synergy.

“Everyone knew their role and what they needed to be doing. Not only knowing your own role but knowing other people’s roles and trusting them is critical in this game since the timing is very difficult.”

Leadership is vital for any competitive endeavor, but especially a burgeoning one like this. Frey calls out the early and quick efforts of two players who’ve risen to the task.

“We were lucky this year to have team captain Jacob ’19 and Justin Halters ’19,” said Frey. “They definitely took to the leadership role and taught us how to play organized CS: GO. Even those who weren't that great—myself included—learned to play the game right and they taught the people who were already good to play well with others.”

Frey wants the club to build on their early success by developing squads for other games. It’s a time of transition and opportunity as many of the organization’s first members will be graduating this spring.

“Our goal is basically to keep expanding,” he said. “Our only current competitive teams play CS: GO and Rainbow Six Siege (R6), and Overwatch will be the next in line. We have many other people in the club playing games like League of Legends who have yet to kick start a team and compete.

“We want more teams competing, and for the club to establish a name for itself among other clubs and colleges when it comes to esports.”

The organization is working to increase its visibility both on campus and off. The team attended a Local Area Network (LAN) competition in Iowa in April, challenging other teams in CS: GO and R6.

They will continue a tradition by hosting a LAN party of their own at the Jefferson Lounge inside Seager Hall in May, where students will be invited to come and play games both old and new on a system of gaming consoles and computers wired together. The event will be open to anyone and will give potential new members a chance to see what the organization is all about.

To contact the club and learn more, go to the NCC eSports web page.