Activist, scholar and North Central alumnus Etienne Mashuli ’13 has been named a Gates Cambridge Scholar, an award he will use to pursue his Ph.D. degree in politics and international studies at the University of Cambridge. Mashuli is one of 90 winners of the scholarship from 37 different countries, and the first from his home country of Burundi.

Since leaving the College, Mashuli went on to Yale University where he earned a master’s degree in African studies. As part of his pursuit of that degree, Mashuli studied the human rights violations abundant on the African continent. His Ph.D. will look into the lives of the Batwa people, a group he has identified as sorely needing better representation on the world stage.

“The Batwa people, an indigenous ethnic group in the African Great Lakes region, constitute the marginalized of the marginalized,” Mashuli said. “They are more widely known by the pejorative term ‘pygmy.’

“My sense is that colonial-era perceptions of Batwa still have very strong influence on the contemporary African social, economic and political landscape. It is from these perceptions that stereotypes abound that depict Batwa people as children, subhuman or incapable of intellectual thought.”

In addition to doing academic work on the lives of the Batwa people, Mashuli has put his concern for their well-being into action. He has worked with friends to procure access to education and school supplies for Batwa children. 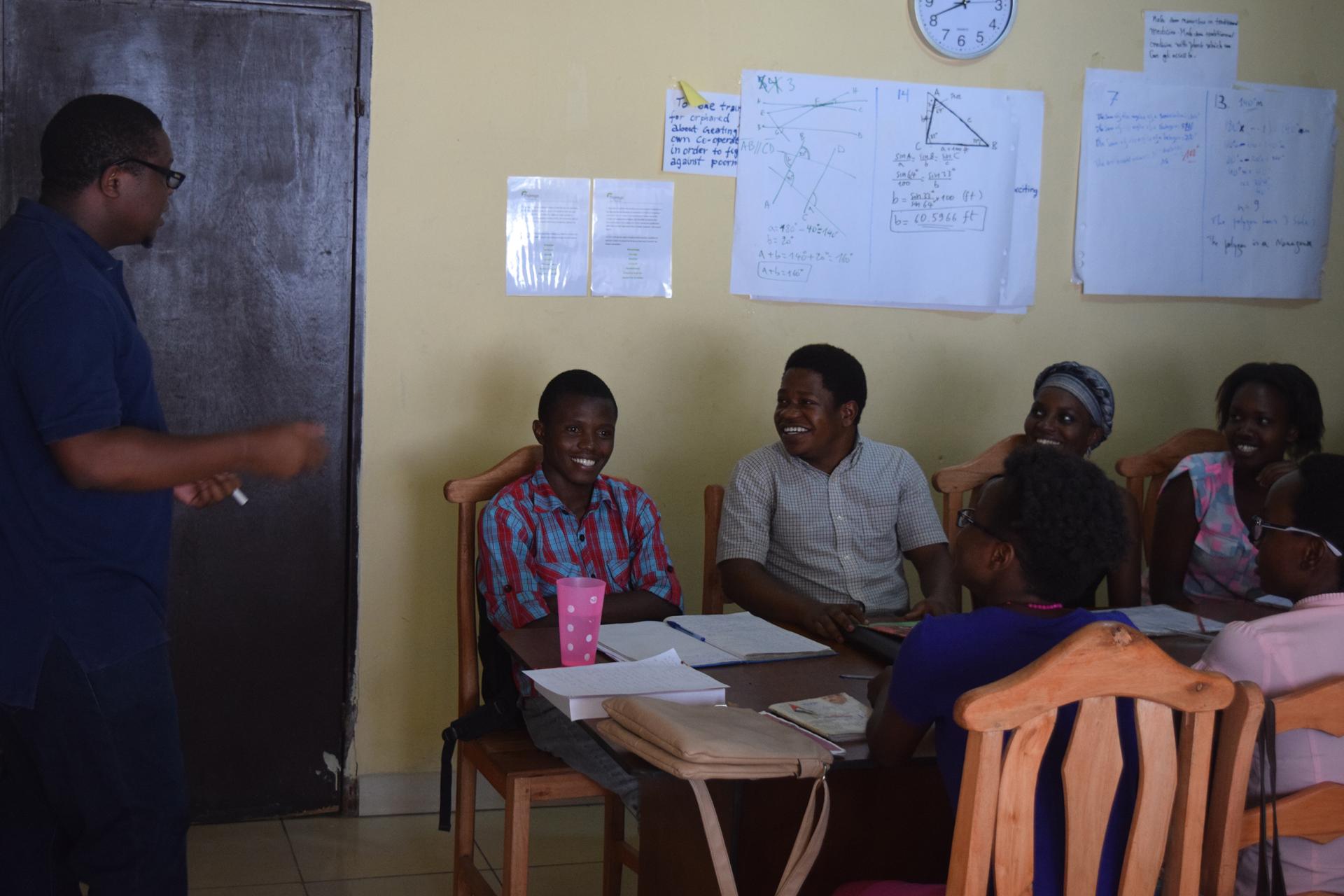 Scholarship gifts that keep on giving

Mashuli’s humanitarian efforts toward education for children have since extended into the creation of the Tujenge Scholars Program, an institute designed to teach leadership and create opportunities for Burundian children. He says he owes his success to the generosity he experienced in America, and now he seeks to give back at home.

“Tujenge’s work was born through my collaborative work with a Ghanaian-Canadian graduate student named Wendell Adjetey who I met at Yale,” said Mashuli. “We both had quite a rough start. Wendell’s parents were refugees who made their way to Canada and I had been a refugee for most of my life fleeing from violence in Rwanda.

“At Tujenge, we believe firmly that talent is universal but opportunities are not. We find these incredible students in the most isolated and poorest country on earth and transform them into international scholars.”

Mashuli says that eight students from the program in Burundi will be enrolled at colleges in North America by the end of 2019, including MIT, Vanderbilt, Yale, Harvard, Carleton College, Brown and Northwestern. In addition, a child who is a member of the Batwa will soon be the first in his tribe to go to college abroad when he begins at Africa University in Zimbabwe, thanks to a Tujenge scholarship.

One of Mashuli's students, Jeredie Junior Sinzinkayo, will even be starting at North Central soon. 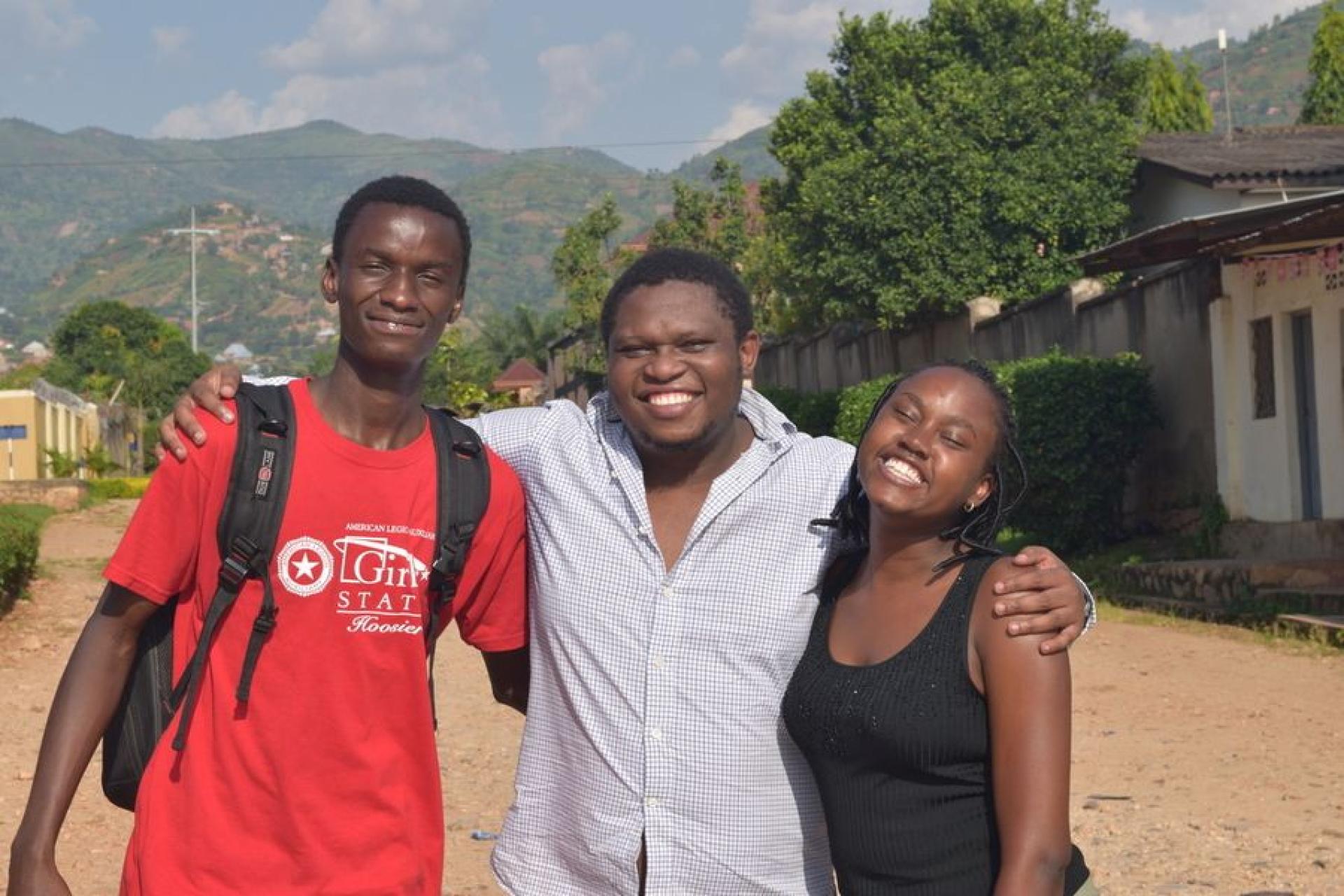 Studying at prestigious institutions like Yale and Cambridge has been a challenge for Mashuli, but it pales in comparison to the challenges he faced on his way to North Central. Mashuli escaped the Rwandan Genocide that plagued that country in 1994. He lived as a refugee in Kenya, the Democratic Republic of the Congo and Uganda.

Mashuli was encouraged by an aid worker to go to Kenya to study, and after four years there he returned to Rwanda as a translator for missionaries from the Village Baptist Church of Aurora, Ill. The church’s pastor, Richard Howard, helped Mashuli apply to North Central and secure an International Trustee Scholarship.

He made the most of his time at the College, earning the Outstanding Senior Man honor for the Class of 2013, and winning the Paul and Daisy Soros Fellowship for New Americans to fund his studies at Yale.

One of his mentors at North Central, Dean of the College of Arts and Sciences and Professor of Political Science Stephen Maynard Caliendo, remembers the impact Mashuli made as a student.

“What stood out most about Etienne was his story,” Caliendo said. “Injustice touched him directly, and he came of age during one of the most difficult situations in recent history.

“Because we're the sort of school where no one gets lost in the crowd, he found a group of students and faculty who were willing and able to support him and push him to realize his potential. Etienne has been living the life that many North Central students dream for themselves; he is continuing his education while also having a very real effect on the world.”

Mashuli seeks to use the opportunities he’s been given to create positive and lasting change at home.

“Upsetting the status quo and creating opportunities for those living at the periphery is my lifelong calling,” he said. “It is nothing less than a miracle for these young students to transition from Burundi to top institutions in North America. The goal is that this group of young leaders will be responsible for Africa's transformation.”