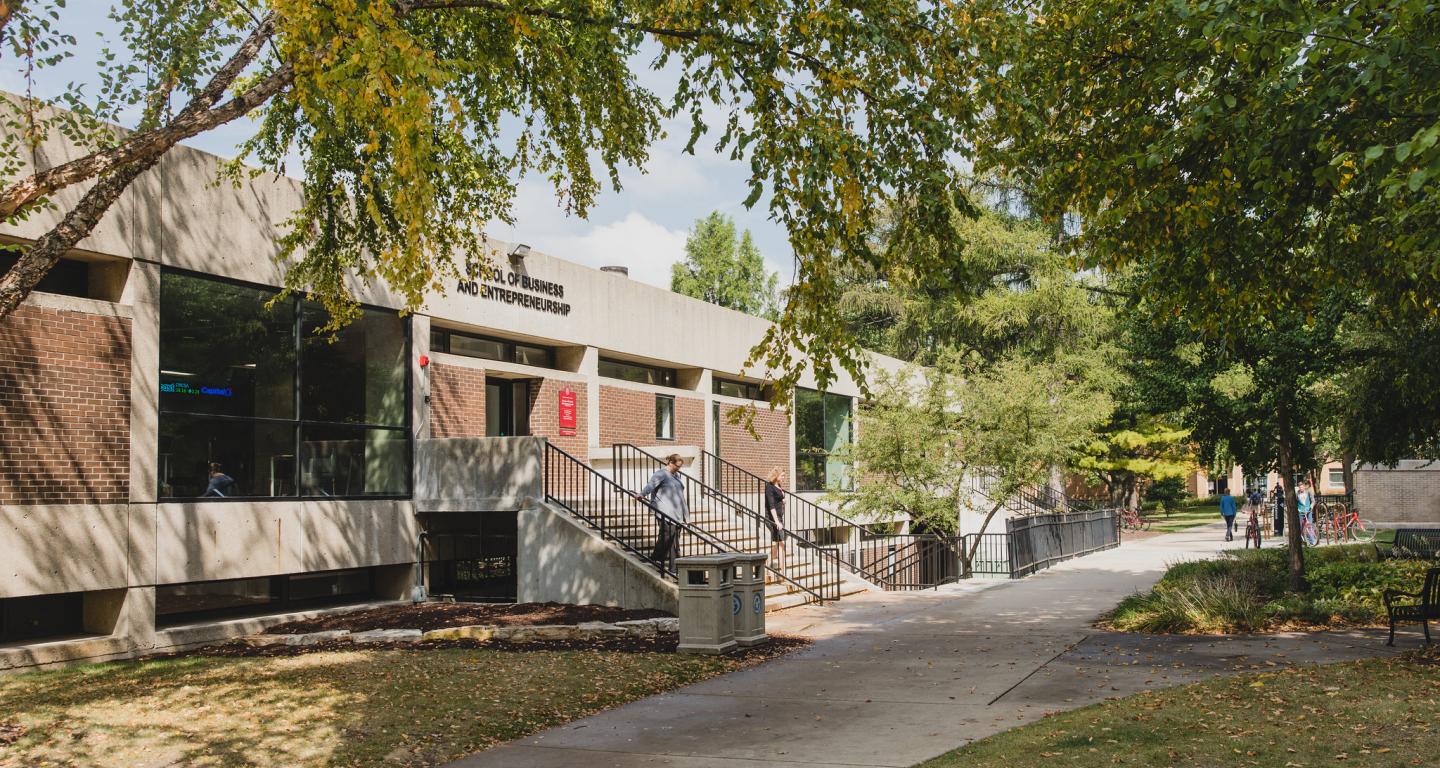 Naperville joins Chicago as one of only two Illinois cities to receive Startup Grind designation, making it a recognized hub for local entrepreneurs

Local entrepreneurs have a new network and opportunity thanks to a partnership between North Central College and the Naperville Area Chamber of Commerce (NACC). The two entities came together to help Naperville earn the designation as a chapter of Startup Grind, the world’s largest independent startup community. Due in part to the College’s School of Business and Entrepreneurship and Center for Innovation and Entrepreneurship, its campus community has helped foster a startup culture in the city of Naperville.

In partnership with Google for Startups, Startup Grind is designed to inform, connect and inspire innovators and entrepreneurs. The global startup community is a network of entrepreneurs with over 1.5 million members across 125 countries, with the launch of the Naperville chapter being just the second in Illinois.

“Naperville is a bustling hub of entrepreneurial activity and what better way to get students involved and inspired than hosting events like Startup Grind on campus that bring together people who are passionate about entrepreneurship,” said Karen Bartuch, executive director of the Center for Innovation and Entrepreneurship at North Central College, who will serve as the Startup Grind chapter director. “This is an amazing global community of entrepreneurs and we are proud to bring it to Naperville and the North Central campus.”

The College has partnered with the NACC to continue building its business partnerships throughout the community. Nicki Anderson, NACC president and CEO, will serve as Naperville’s co-director of Startup Grind.

“A vibrant community like ours has every opportunity to be as relevant and innovative as we can,” said Anderson. “The recent partnership between the Chamber and the College to host Startup Grind demonstrates our commitment to staying ahead of the curve and looking for ‘what’s next.’ Where there’s a vision and innovation there’s opportunity, and we’ve never shied away from seizing those opportunities.”

Startup Grind events changing the atmosphere at the College

The core of the program is a schedule of monthly events featuring local entrepreneurs, investors and experts in startups, sharing their advice and stories of innovation.

New Stack Ventures is an early-stage venture firm that invests in founders at the earliest stages of company formation. It invests out of a fund and also leads the largest Angel Syndicate in the Midwest, a group of over 400 angels who co-invest in New Stack deals. Prior to serving as the founder and general partner at New Stack Ventures, Moran worked for Danaher, a global science and technology innovator. After a few years in mergers and acquisitions, Moran led a breakthrough innovation, developing one of the most successful products in the company’s history. In addition to investing, he founded the first venture capital podcast, The Full Ratchet.