The North Central College football team defeated Muhlenberg College 45-14 on Saturday, December 14, in the NCAA Division III semifinals. The Cardinals will now move on to the 47th annual Amos Alonzo Stagg Bowl in Shenandoah, Texas, on Friday, December 20, to face the University of Wisconsin-Whitewater for the Division III national championship.

“In 2002, my dad [former head coach John Thorne] took this program over and he had this dream, to win a national championship,” said head football coach Jeff Thorne. "We feel very fortunate to be moving on and we’re extremely excited to be heading to Texas for our first Stagg Bowl, but we're not done yet—we’ve still got one more to go."

"“In 2002, my dad [former head coach John Thorne] took this program over and he had this dream, to win a national championship ... We're not done yet--we've still got one more to go." 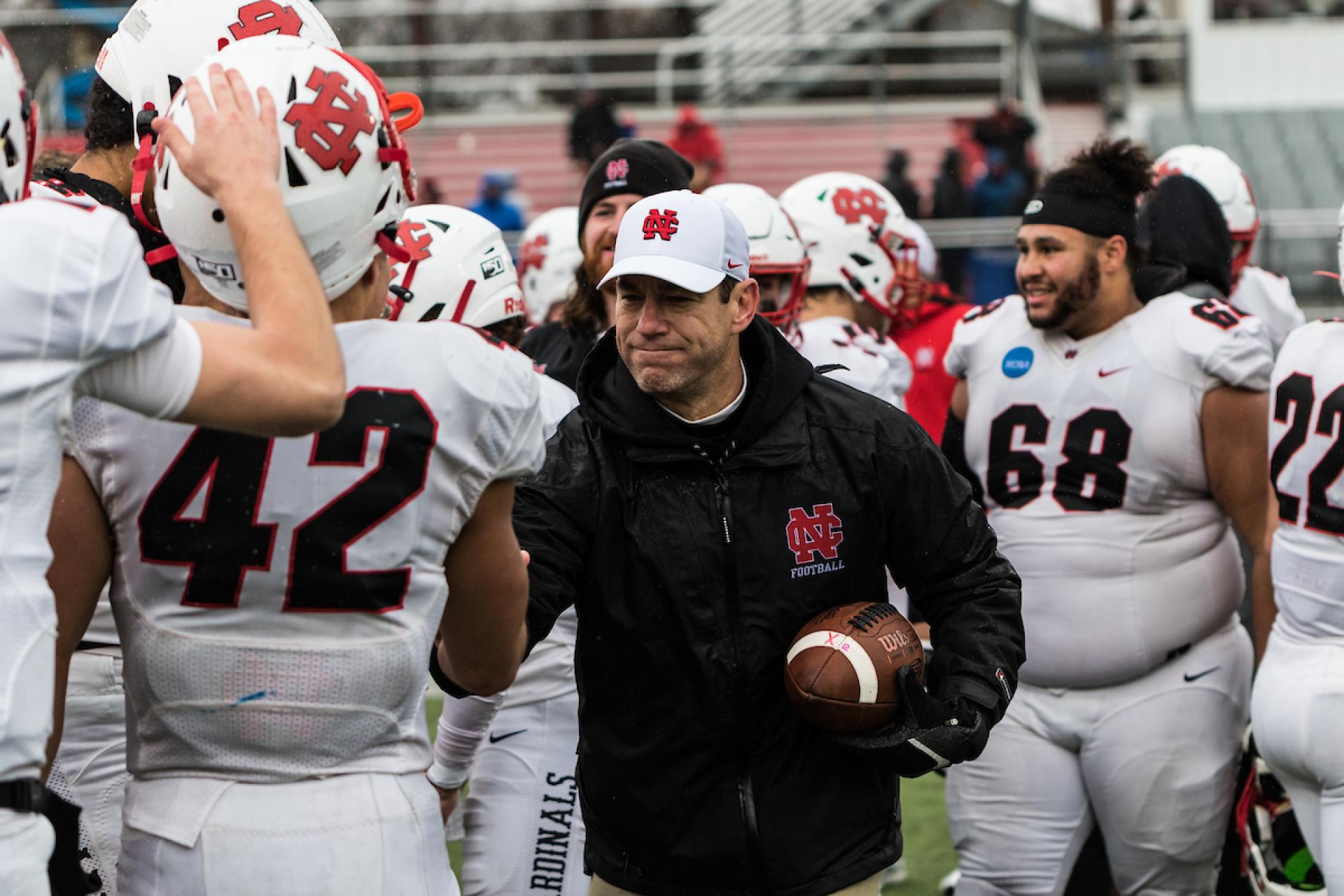 The Cardinals are led by six 2019 D3football.com All-North Region players, including the North Region Offensive Player of the Year, quarterback Broc Rutter ’20. Rutter is the first team quarterback on the All-CCIW team for the fourth straight season, the CCIW Art Keller Offensive Player of the Year for the third time, and one of 12 semifinalists for the Gagliardi Trophy, given to the best player in the nation in Division III football.

Joining Rutter on the All-North Region First Team are running back Ethan Greenfield ’22, wide receiver Andrew Kamienski ’21, guard Sharmore Clarke ’21 and cornerback Jake Beesley ’21. This season, Kamienski set single-season and career records at North Central in receiving yards, touchdown catches and receptions. With four touchdowns on Saturday, he pushed his season total to 30, becoming the first player in Division III history to do so in a single football season. 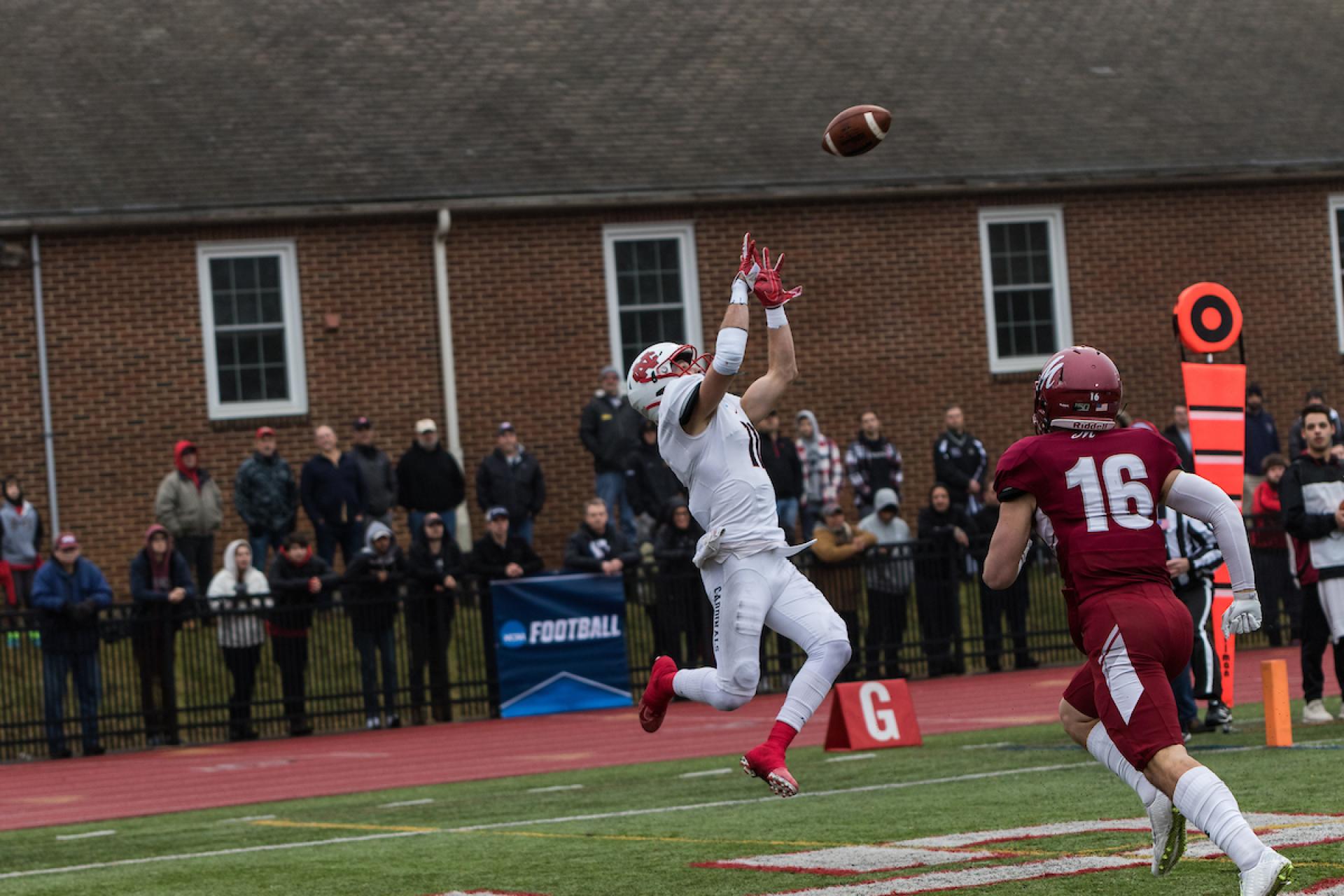 Andrew Kamienski catches a touchdown pass from Broc Rutter, one of his four touchdowns on the day.

To find out how you can attend the Stagg Bowl in person, go to the official NCAA ticket page. You can watch the game live on television on ESPNU, Friday, December 20 at 7:00 p.m. central time. The Stagg Bowl will be available for streaming, which requires a paid subscription to ESPN. ESPNU will also air a replay of the semifinal game against Muhlenberg at 11:00 a.m. on December 20.

For a full recap of the victory over Muhlenberg and more information about the Cardinal football program, visit northcentralcardinals.com.