A week, a season and an academic year to remember were called to a halt with stunning finality at 3:17 p.m. on March 12 when the NCAA made the unprecedented announcement that it would cancel all remaining winter and spring championships in response to the worldwide coronavirus outbreak.

The North Central athletic department, which had prepared for multiple championship events several times in response to changing news and announcements as the scale of the pandemic grew, shifted its focus to the next academic year and is embracing new strategies to communicate with teams and engage with prospective student-athletes.

After hosting first- and second-round games in the Division III Men’s Basketball Championship, the College had been preparing to play Washington University in St. Louis in the tournament’s round of 16 while also sending student-athletes to the Men’s and Women’s Indoor Track and Field Championships and Wrestling Championships. 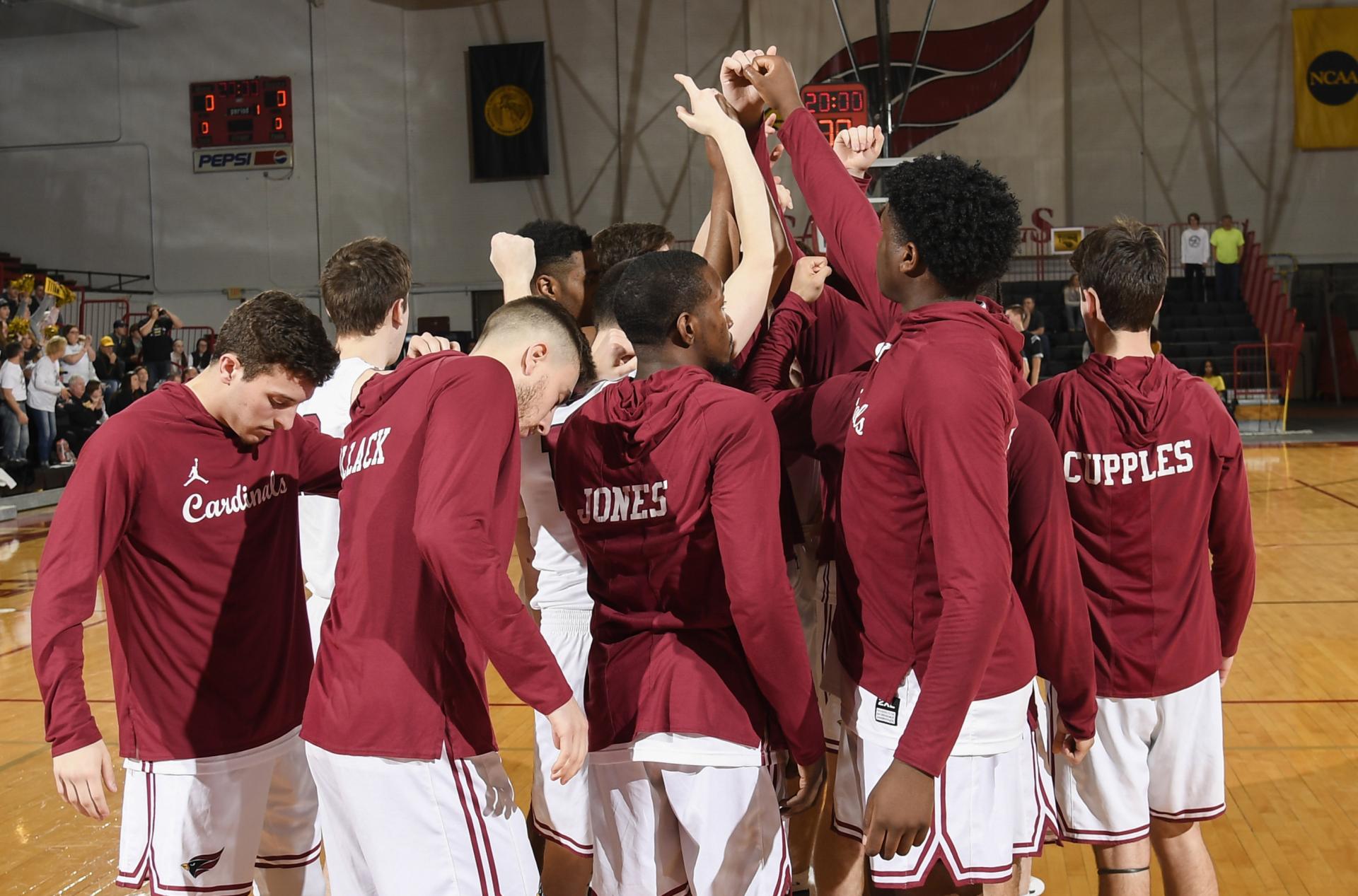 The North Central men's basketball team prepares to tip off a game. The Cardinals were ranked sixth in the country at the time of the athletics stoppage.

“Everyone was getting ready to go on that Monday (March 9),” said athletic director Jim Miller ’86. “We had our normal preparations with site representatives and visiting teams. It was business as usual.”

On March 10, the College had planned to proceed with additional sanitation and disinfecting protocols to minimize risk to spectators and team and institutional representatives. The following day, the NCAA announced that championship events were to be conducted with only essential staff and a limited number of family members in attendance.

“We were supposed to receive forms to list the spectators who would be allowed to come to the game, and we never got it, so we had an inkling that another announcement was coming,” Miller said. “Our team went through its normal practice on Thursday, and then WashU arrived and we got everything they needed to start their practice at 3 p.m.

“Then at 3:17 the announcement came, and literally 10 minutes later WashU went to their bus to drive back to St. Louis after traveling more than five hours to get here. And the season’s over. It was devastating for everybody.”

At the same time, the track and field and wrestling championship events were halted as teams received the news from site representatives.

“We were less than 16 hours from weigh-ins when we found out,” said head men’s and women’s wrestling coach Joe Norton ‘10/M ’12, whose team had qualified a program-record five individuals for the men’s championship. “Telling our guys the news was the hardest thing I’ve had to do as a head coach. Understandably, they did not take it well.

“I have told each of them that they can use this to affect them positively moving forward. They’ll have such a unique perspective on what we tell our athletes all the time—tomorrow is not guaranteed.”

With little option but to prepare for the 2020-2021 academic year, many coaches have turned to online video conferencing and other virtual means to provide support to current student-athletes and persist with recruitment. “They’re communicating and engaging with recruits in ways that we’ve never been able to before,” Miller said. “So far, the results have been really encouraging.”

The NCAA’s announcement–followed a day later by the CCIW Council of Presidents canceling all remaining conference events for the academic year—put the brakes on a promising spring season. The baseball team was ranked in the top 10 nationally in two Division III polls and had opened the season with seven straight wins. Early results for softball (a 7-1 record), women’s lacrosse (5-0) and men’s lacrosse (4-1) gave cause for excitement as well.

“We were looking at possibly the absolute most successful athletic year in the school’s history,” Miller said. “There’s no question. To have everything shut down for everyone is disappointing, but we’re all grown ups and we understand that people are dying and that is more important. It gives you a little perspective on what you have. There’s a lot of life lessons to be learned through athletics…and we had no choice.”

Following a 2019 fall season that included national championship victories in women’s triathlon and football as well as a runner-up finish in men’s cross country, the North Central College athletic department enjoyed a winter campaign that saw an array of conference, regional and national accolades from several programs.

The men’s basketball program hosted the first two rounds of the NCAA Division III Men’s Basketball Championship for the second consecutive year, defeating Adrian College (Michigan), 69-54, and the University of Wisconsin-Oshkosh, 84-82 in overtime, to advance to the tournament’s round of 16 for the third time. Connor Raridon ’20 received All-America honors from D3hoops.com and the National Association of Basketball Coaches (NABC), becoming the first player in the program’s history to earn All-America awards in two straight seasons. 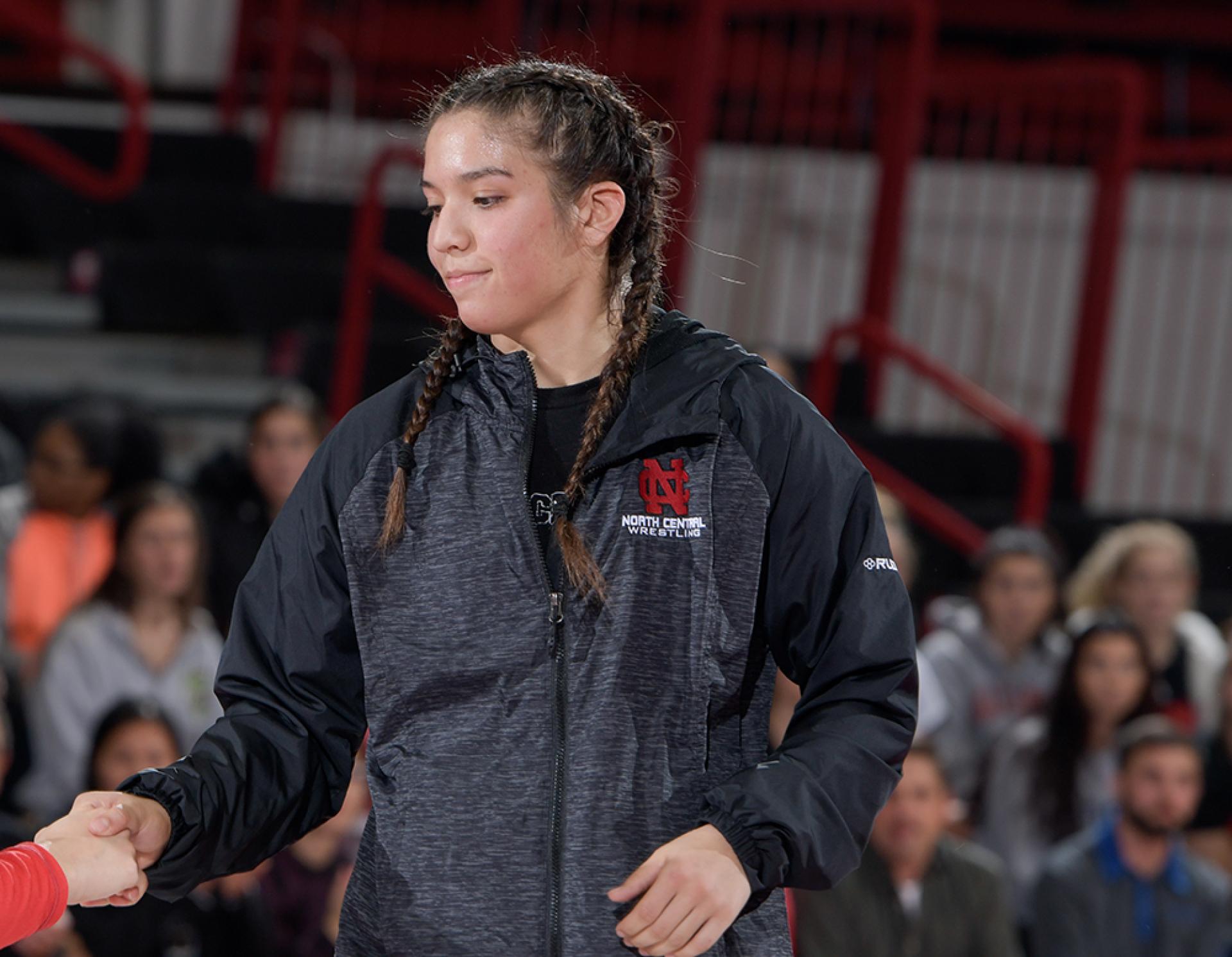 The men’s track and field program qualified nine entries for the Division III Indoor Championship. Michael Stanley ’21, Maceo Findlay ’20, Gavin Cernek ’20 and Erik Musgrave ’20 made the field in the 4-by400-meter relay and Stanley also teamed with Nick Licari ’21, Brendon Sebastian ’21 and Gabe Pommier ’21 to qualify in the distance medley relay. Stanley also qualified individually in the 400-meter dash, as did Sebastian in the mile run and Nick Janca ’21 in the high jump, while Licari and Pommier were joined by Braden Nicholson ’23 and Matt Osmulski ’20 in the field for the 5,000-meter run. 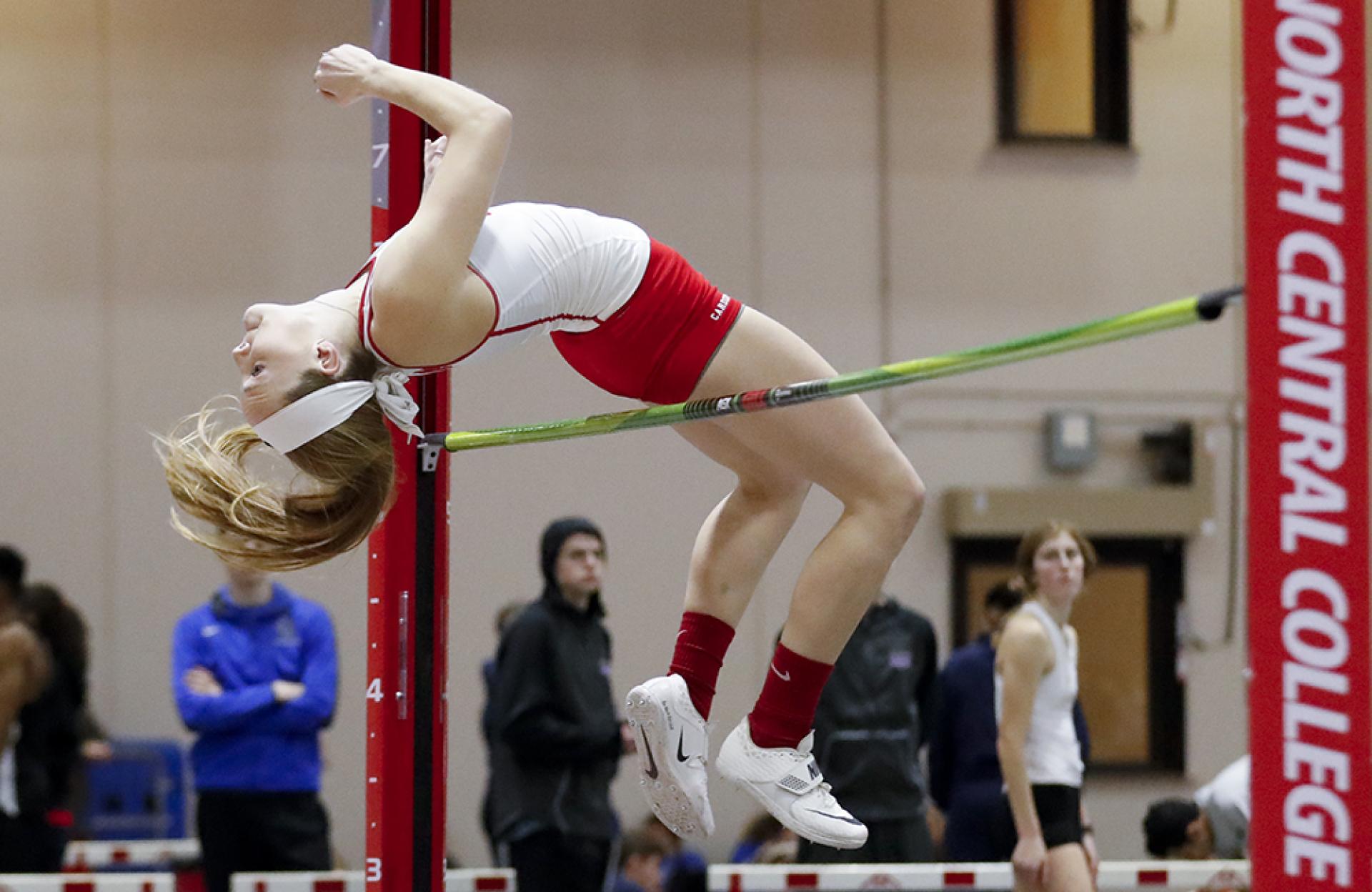 For more information about North Central's historic season and all news and updates on Cardinal athletics, visit northcentralcardinals.com.