In pursuit of Black history

When Jojo Galvan Mora ’19 came to North Central College and discovered the archives inside Oesterle Library, he “fell in love.”

Now he’s using that passion to fuel graduate research and a career in public history. For the past year, he’s held the position of archivist/curator for the Midwest Nursing History Research Center (MNHRC) in Chicago, while also pursuing a master’s degree in museum and exhibition studies at the University of Illinois-Chicago.

“Combing through files and records for me is truly an amazing experience. I've started referring to it as the ‘thrill of the hunt,’” said Galvan.

When he started his position before the pandemic, he discovered a small collection of documents and other written materials from the Illinois Training School of Nurses (1880-1929). Included were a collection of deteriorated cassette tapes of oral histories collected from the school’s alumni in the 1980s. “The center's director and I applied for a grant to digitize and save these oral histories,” he said.

Galvan realized that the voices of Black nurses were not represented in the research center’s archives. He has since focused on “collecting the history of Black nurses who are veterans in their craft––the challenges and adversity they faced carving a path for themselves in a system that is often incredibly racist,” he explained. “I also want to collect and share the oral histories of Black nurses working on the front lines of the pandemic across [Chicago].”

To achieve that goal, he’s pursuing funding through a Chicago-based foundation and hopes to collaborate with the Black Metropolis Research Consortium, which oversees various collections across Chicago that tell the city's Black history.

Galvan envisions a traveling exhibit for the project and hopes to make the archival material available to researchers and the general public. “After all, the stories we tell and collect only live beyond the archive's shelves if we share them,” he said.

Collecting antiques as a teen

Galvan’s keen interest in history began after he immigrated to the United States at a very young age. “Growing up learning English, I'd learn new words and concepts from PBS (Public Broadcasting Service) documentaries,” he explained. “I remember them very fondly. Seeing the stories of people paired with artifacts and documents stirred some magic in me unlike anything that I had experienced before.”

As a teen, he spent money earned from his job at antique stores. “I bought everything I could get my hands on; books, maps, (documents). My fascination was fed by the understanding that what we see in the museum is only 1 percent of 1 percent of the collections.”

Galvan brought a spotlight to the College’s 1960s exchange program with a historically Black women’s college, Spelman College in Atlanta, where he traveled for research using a Richter Grant. “For my senior capstone, I wanted to highlight the collections at North Central,” he said. “Never did I imagine that it would take me to Spelman, linking together a story that time forgot. For me archival research is a deep look into oneself and the larger human condition. Sometimes what we find is difficult and at times hurtful, but it's what we make of these stories that can make a difference.”

His paper was titled “’Stretched From End to End:’ Challenging Notions of Racial Integration in American Higher Education during the 1960s,” and was selected as the Undergraduate Archives Research Publication in 2019.

Doctoral studies in his future

Mora’s graduate thesis builds upon his interest in pairing history and race, and is titled “Bronze Devil from the White City: Interrogating Whiteness and Identity in an Urban Neighborhood Through the Columbus Monument in Arrigo Park.”

“It’s centered around the mass removal of Columbus statues that took off this summer in the wake of protests around the murder of George Floyd. My focus is on a singular case study through the Columbus Monument in Chicago's Little Italy,” he explained.

Galvan has applied to several doctoral programs and wants to stay in the “Rust Belt” for his next degree and research. “I’ve developed a great interest around urban and public history, monuments, and stories of deindustrialization,” he said. “This came from the influence of great North Central educators like (Dr. C. Frederick Toenniges Professor of History) Ann Keating and (Associate Professor of History) Will Barnett, who both had an influential hand in shaping the way I approach my scholarship.

“And whatever [my future] ends up being, I've learned not to worry. (Associate Professor of Religious Studies and History) Brian Hoffert showed me that in my heart I'm a ‘wandering taoist.’ To me this means whatever happens will be the right thing.” 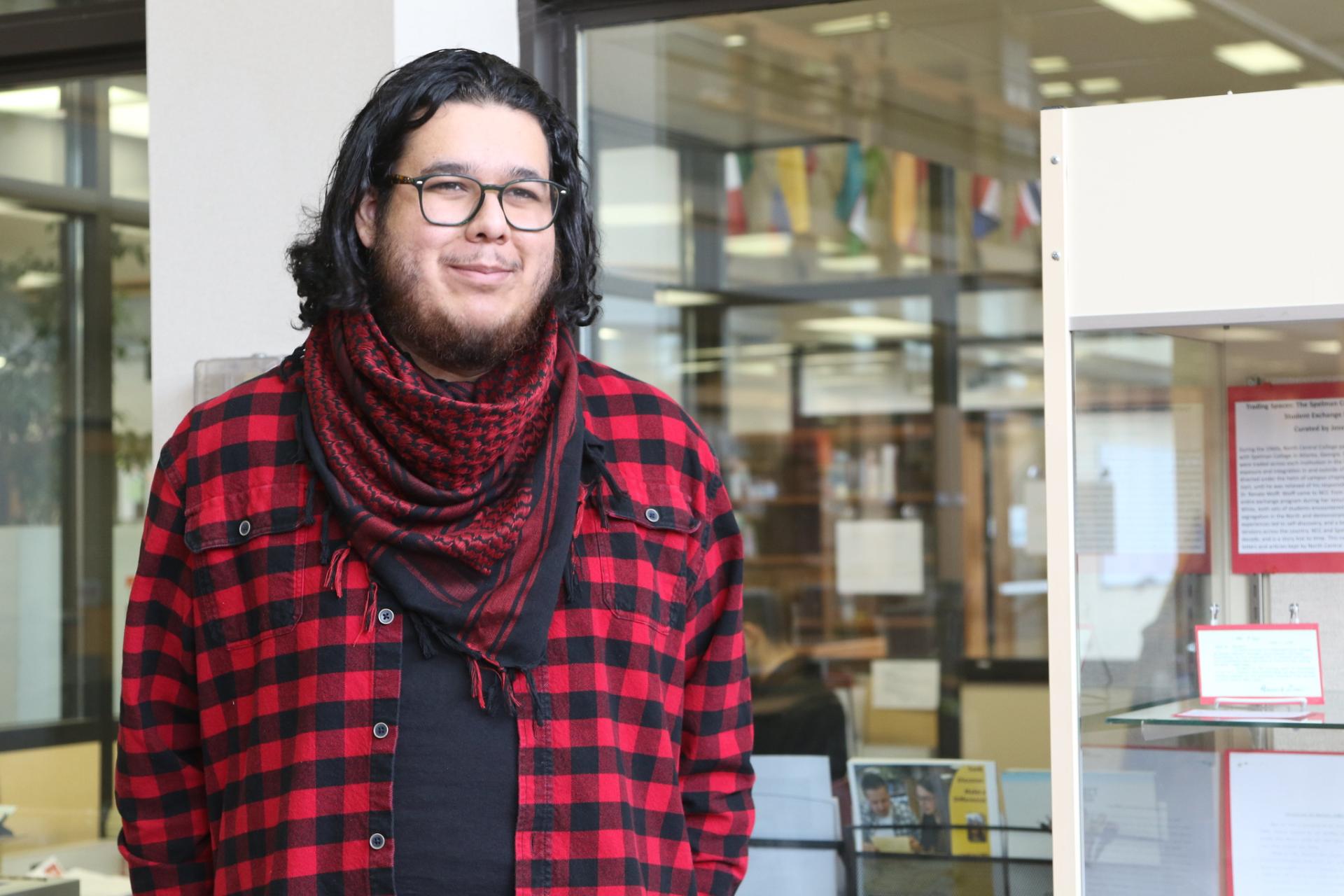