North Central College’s Paul Bloom, associate professor of physics, was one of 200 physicists whose work contributed to Fermilab’s Muon g-2 experiment, the results from which could be a game changer in particle physics, experts say. Fermilab, a U.S. Department of Energy facility located in Batavia, announced the long-awaited results from the experiment: the discovery of the subatomic particle muon, a more unstable and heavier cousin of the electron.

Bloom interviewed with the Naperville Sun, where he discussed his connection and the work he conducted on the experiment since 2017.

“We’re about to learn something new (about the universe),” said Bloom.

And North Central College students also played a role. Those who assisted him in his research helped him brainstorm and design an apparatus that attaches to the 50-foot-diameter magnetic ring at the heart of the experiment.

Darryl Watkins ’20 was one of Bloom’s student research assistants in 2017 and 2018, working on a system detecting leak rates in a vacuum chamber and construction of the aluminum apparatus, which is detachable from the magnetic ring.

“We had a very small part in this,” said Watkins. “There’s so much that goes in with it, but there is a small connection, there’s a little part of me in it. I’m thankful I had a chance to be a part of this. If the results hold, it will be the future of physics.”

Click here to read the full interview on the Naperville Sun. 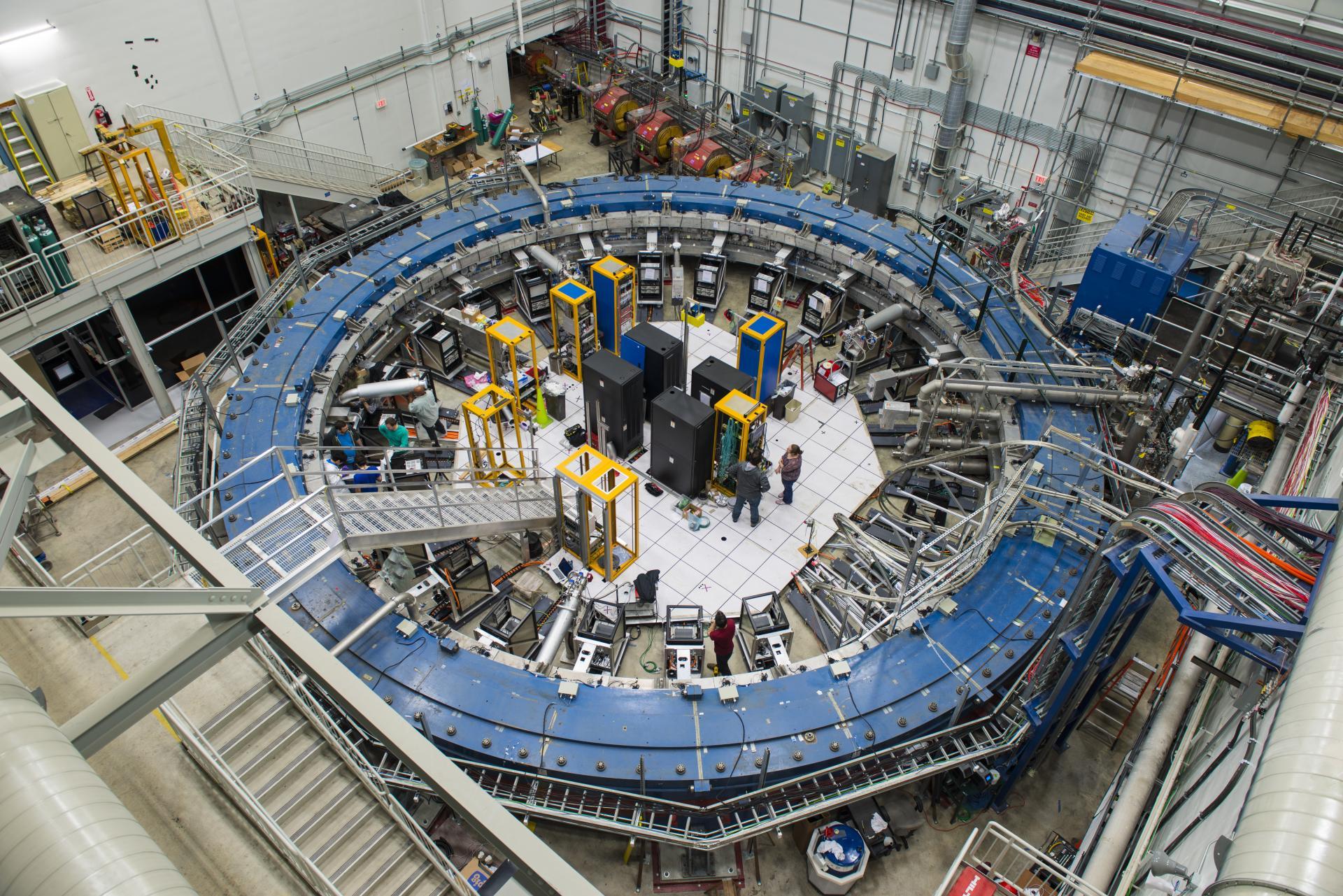