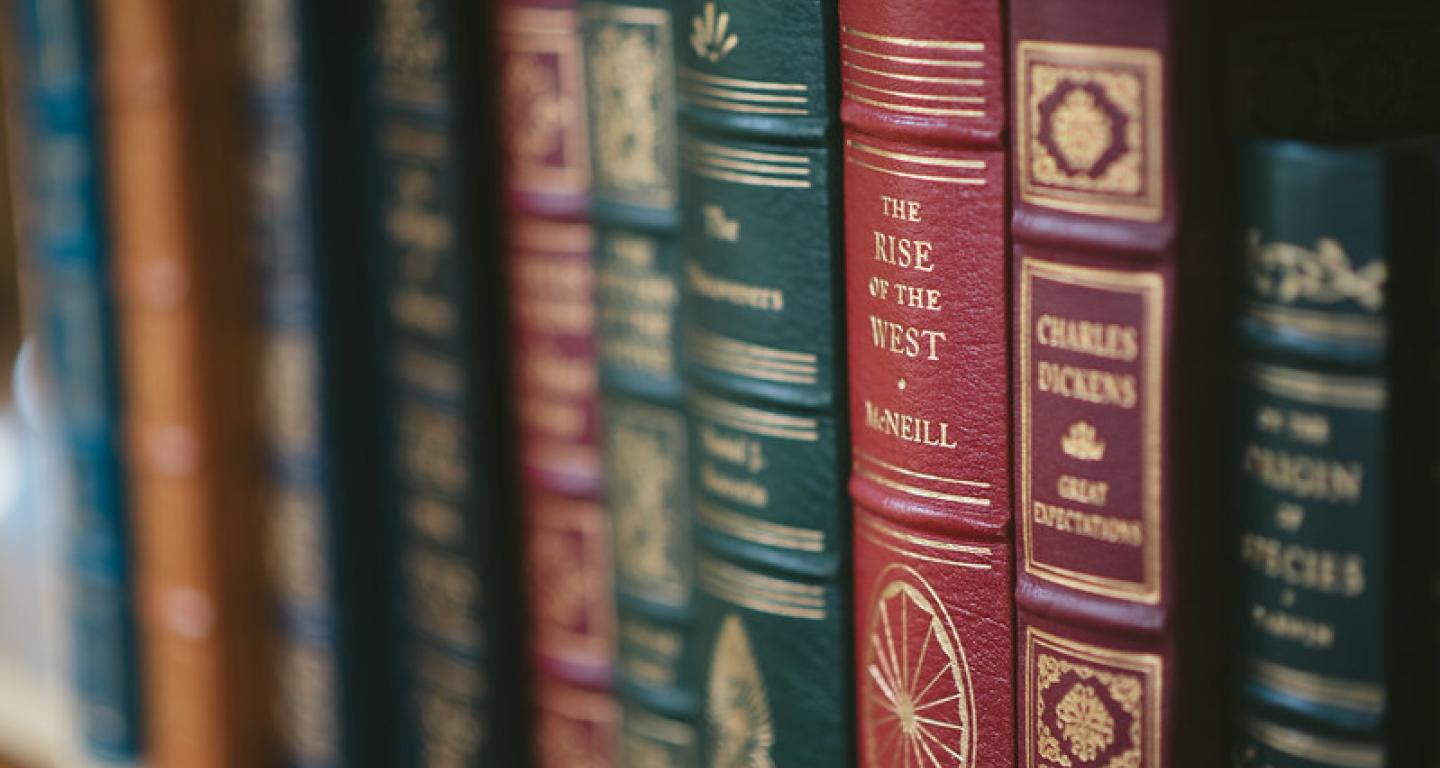 A Short Description of Liberal Studies

Liberal Studies, in a nutshell, is what an educated person must come to terms with to live well, not only as an individual but as a member of a society and a political body that exists amongst other polities and societies on this earth. In distinction to other educational approaches, Liberal Studies emphasizes the fabric of tradition in which our lives are placed. New ideas are considered not as if they just popped into existence out of nowhere, but are revealed to have a complex and multi-faceted history.

As an example, consider the different ways that a phenomenon like the internet might be studied. In a Business School one could study it as a source of wealth, while in a Computer Science program it might be approached as collection of technical challenges. In Liberal Studies, while acknowledging these perspectives, we would emphasize the origin of the internet in the research labs of the US military and look at what artists, social scientists and historians have said about it.

We would ask crucial questions like the following: what is the relation between social media and happiness? How is the internet used and thought of in different cultures? What might sages like Aristotle or Confucius say about this net of human connection, about its ability to trigger revolutions and deliver goods at lightning speed, but also to magnify falsehoods and rage?

Liberal Studies, in other words, looks at everything in its connection to everything else! This sounds unwieldy, even impossible, but here is where our tradition helps us out. The word liberal means free and the definitions I have given here are consonant with what thinkers in the West have always said about Liberal Arts or Liberal Studies.

The History of Liberal Studies

In the Medieval era, there were seven liberal arts that encompassed the range of what one could know. For most of our history, a liberal education was education, and it was taken for granted that most people would not be free to pursue this kind of knowledge. Most people were forced to hone a narrow skill set in order to do the work they had to to survive, whether that was caring for children or wielding a pick-axe. To be educated beyond a specific job was a very special thing, and it formed the basis for all our current sciences and arts.

It is an irony of history that, at a point where so many of us have the time and leisure to educate ourselves outside of a strictly utilitarian purpose, we often decide not to, choosing instead to be entertained or increase our wealth. But if our minds have not been nourished in freedom, what are the chances that we’ll put our money to good use, that our time and wealth will contribute to more engaged citizens, a healthier planet, and happier people?

The evolutionary theories created by Charles Darwin and others have taught us that our bodies have an immense history stretching back eons. Darwin was a liberally educated thinker, trained not only in a variety of sciences, but in theology, literature and philosophy as well. He kept his discoveries secret for years because he knew what an immense societal impact those discoveries would cause. His liberal education taught him of the power of history to influence present forms of life.

We embrace the theory of evolution as an endless source of knowledge and new discoveries, but we are curiously cautious to embrace the historical underpinning of so many other important aspects of our existence. When we ask how we ought to live our lives, what vocation we should pursue, or whom we should marry, we often neglect to consider how these questions have been pondered in the centuries preceding us. We are often ignorant of the way in which our answers are not really our own but have been influenced by great thinkers in our past. To be liberally educated is to be free to ask and answer these kinds of questions, not in ignorance of our history, but in an informed tension with it.

What is the difference between Liberal Arts and Liberal Studies? The former encompasses the traditional way of thinking about non-vocational education in the West. The seven traditional disciplines that became codified in Europe in the Middle Ages were astronomy, music, arithmetic, and geometry—the Quadrivium—and the Trivium of rhetoric, grammar, and dialectic. Our current educational models, especially at the college level, are still informed by this way of organizing knowledge, and it is important to note that these arts also include what we would consider to be scientific disciplines. Anyone going to university prior to just a couple hundred years ago would have been educated in these arts and only a few people—those who wanted advanced training in medicine, law or theology—would pursue education beyond these disciplines.

The notion of Liberal Studies is also descended from these seven arts; in a way it is an approach that attempts to rescue what is best in that traditional conception. The assumption behind Liberal Studies programs is that most of us aren’t liberally educated anymore, whether we go to college or not. Most of us are taught the basics of reading, writing and arithmetic and a smattering of history, literature and the arts, but there is rarely a compelling structure or worldview in the way we’re educated, and the strongest accent is placed on what we need to know to get a job. If we force students to study some music or art, it is usually only as a way to make them “well-rounded”—and these programs are the first to be cut when budgets get tight. If we teach literature or history it is with the thinking that some sort of familiarity with these disciplines will allow one to be a better computer programmer, nurse, or entrepreneur—though it is not really clear to anyone what the ability to quote "Paradise Lost" contributes to being a good tax attorney.

An integrative and holistic approach to education motives most Liberal Studies programs. While some of these programs attempt to replicate the traditional model, at North Central College we’re much more interested in a pedagogy and a curriculum that responds to contemporary issues and contemporary needs. Those of us who believe in this approach think that a broad-ranging education grounded in history, literature, science and the arts, far from being an ornament to a well-educated person, is actual what grounds them and enables them to excel in any number of professional or academic fields. We hold that without such an education one lacks the ability to truly engage in one’s culture, be a good citizen, and, most crucially, understand how the best of what has been written and thought in the past can shed light on contemporary conundrums.

Liberal Studies Programs Designed for You

In the four bachelor’s degrees offered by the Shimer School of Great Books at North Central College—Natural Sciences, Social Sciences, Humanities and Liberal Studies—and in the master’s degree in Liberal Studies (MALS), we are constantly trying to figure out how to connect our present with our past. In both of these programs we divide up the material in three broad areas, but we emphasize the interdependent nature of almost all the material we read.

For example, students who are pursuing an undergraduate Shimer degree will take a Basic Comprehensive Exam after having completed their lower-level courses. This exam focuses on a topic—such as the atomic bomb or the table of chemical elements—and examines this topic from the perspectives of the three curricular areas (Natural Sciences, Social Sciences, and Humanities). In the course of this exam students might read a play, listen to a piece of music, examine a sociological study, do an experiment and complete math problems, all related to the topic being studied. They will be assessed on two to three essays that they write as well as a discussion with the other students taking the exam.

Living the Good Life and Getting Paid for It

An undergraduate degree from the Shimer School or a master’s degree from our MALS program doesn’t just prepare you for a job, it prepares you for a life well-lived. However, we realize that to live well most people need to work. We have a bad habit of looking at college degrees and dividing them up into those that might be interesting but won’t easily land a job (literature, art, music) and those that will get me a high-paying gig even if they’re deadly boring (economics, business, computer science). This assumption is both wrong-headed and simply wrong.

When CEOs in different fields are asked what kind of workers they are looking for, they invariably say that they want well-rounded people who can communicate effectively. What better way to become a great communicator than to have an intimate knowledge of the world’s best writers? What better way to speak articulately than to have spent your classroom time not just listening to lectures but engaging critically with fellow students? Shimer and MALS graduates become lawyers, entrepreneurs, physical therapists, teachers, and activists. The opportunities available to them are endless because they know not just about one or two things, but about how the many things that one can study are connected to each other. In a word, they have been liberally educated.

Read more on the value of a liberal arts education.

Aron Dunlap is a professor and songwriter. He teaches at the Shimer Great Books School at North Central College, outside of Chicago. He has a Ph.D. in religion but teaches many different kinds of classes, including philosophy, literature, and film. He is the author of "Lacan and Religion". 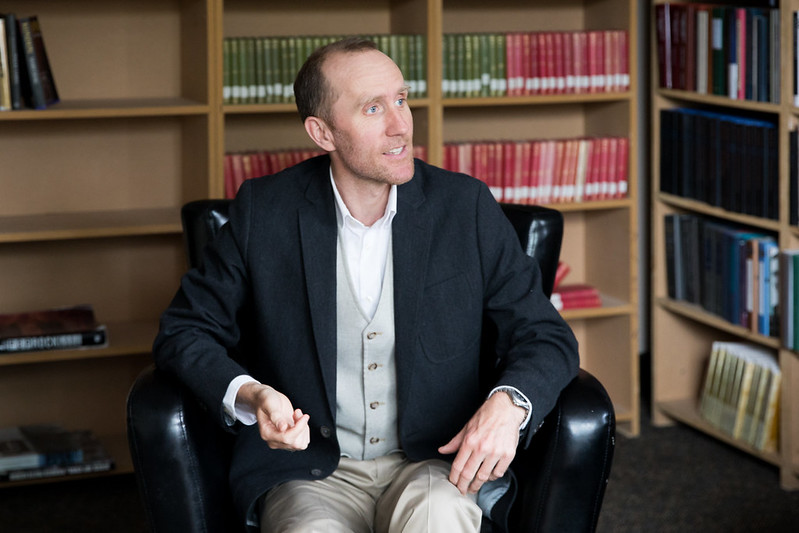