Students in North Central College’s psychology program explored an often-overlooked aspect of one of our most important services—the mental health of firefighters.

Psychology and general business major Lauryn Stoffregen ’22 devoted her honors thesis project to studying the perception of requests for mental health assistance from firefighters. She was assisted by psychology major Faith Bicking ’24 and neurobiology major Amber Kulpinski ’24 and advised by Karl Kelley, professor of psychology—the group calls itself “Team Fire.” They researched the subject using an exercise designed to pick up on subconscious expectations people have for firefighters. Ultimately, their goal was to figure out how best to educate the public on the mental and emotional challenges faced by firefighters based on those expectations.

“Firefighters are exposed to a great deal of trauma and due to the (perceived) ‘macho man’ culture of this occupation, many compartmentalize these experiences,” Stoffregen explained. “As a result, we see a series of mental health issues emerge, including PTSD, anxiety, depression, among others.”

Once they had understood the case study, each respondent answered a series of questions gauging their opinions on the nature of the time off request, their perceptions of the firefighter’s personality, and what they think would happen to the firefighter in the future.

Bicking and Kulpinski contributed to literature review, came up with ideas for research questions and helped conduct interviews. Bicking is also assisting Stoffregen with data collection.

Stoffregen theorized that subjects would, whether consciously or not, apply stigma to firefighters needing down time to deal with mental health issues as opposed to physical problems. She and the team wanted to shed light on how we view firefighters in order to deconstruct that perception.

“Firefighters are ‘unique’ in the sense that the public has coined them as ‘heroes’ walking around in a metaphorical cape,” said Stoffregen. “Having this label makes this group naturally more prone to compartmentalization simply because they want to live up to the ‘heroic’ (ideal). Not only that, but firefighters have been told for the longest time to ‘suck it up.’”

She went on to say that the belief in firefighters as “tougher” or more than human, while intended to be respectful, is potentially dangerous because it minimizes the awareness and cultivation of mental health resources.

“Even if a department member recognizes that a colleague is struggling, there is still the issue of not knowing what resources are available or what actions should be taken to help that individual,” Stoffregen said. “As a result, many firefighters develop symptoms of PTSD, anxiety, and other mental health-related disorders.”

Stoffregen found inspiration for her project from her own experience. Her father is a longtime volunteer member of the fire department in Genoa-Kingston, Ill.

“When I was little, I would often refer to my dad as a hero for fearlessly putting out fires and saving lives,” she said. “The older I got, the more I realized the toll that this occupation has on the mental health of these individuals. Firefighters are exposed to a great deal of trauma … Since stigma appears to play a major role in the reluctance to deal with mental health issues in the firefighting industry, I knew that this is a topic that needs to be explored.”

Stoffregen plans to go to graduate school after North Central to pursue a master’s degree in clinical mental health counseling. She sees her honors thesis as merely the first step in a larger mission.

“This project contributes to my future plans in the sense that I would love to work with vulnerable populations,” she said. “I strive to spread mental health awareness in the first responder community and work with these individuals to help them cope with their traumas. I don’t want my efforts to stop after this project is over. I want to continue making a difference in the years to come.” 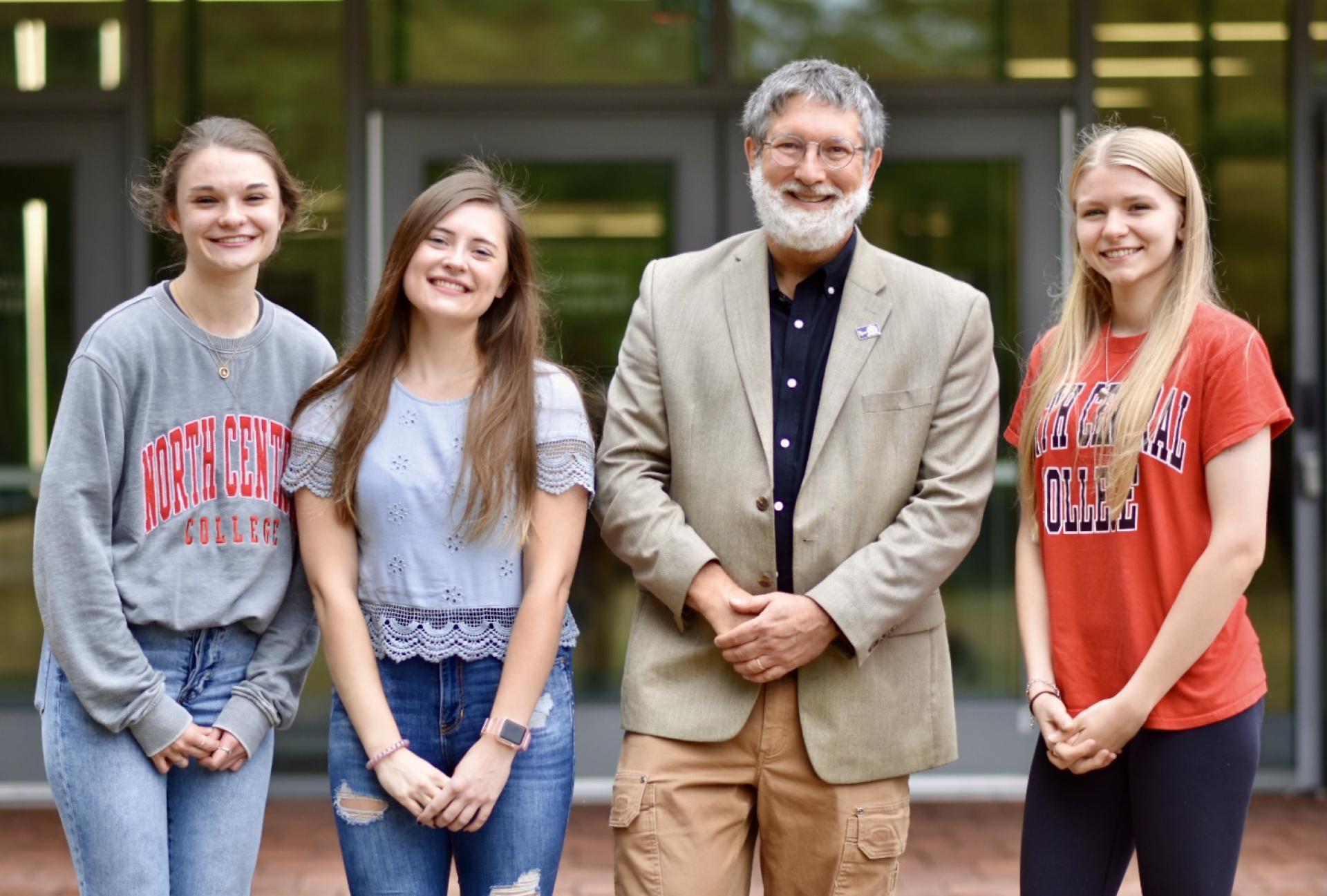