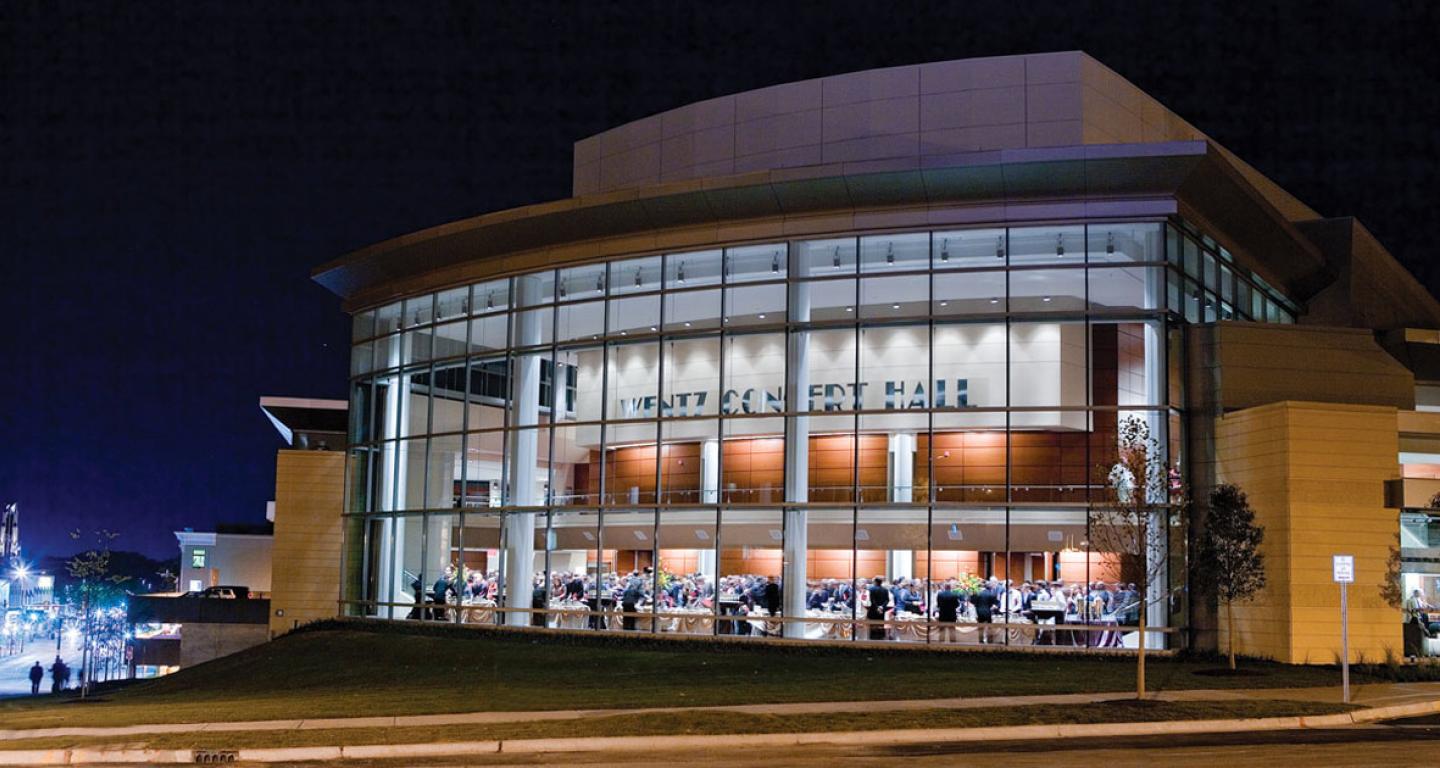 A new art exhibit opening August 22 at North Central College will showcase mid-century modern architecture and how it shaped the College’s campus, the City of Naperville and beyond. In partnership with Naper Settlement and Naperville Preservation, Inc., “Mid-Century Modern at North Central College” will run through December 9 at the College’s Schoenherr Galley (171 E. Chicago Ave.).

Members of the public are invited to a Grand Opening Reception on Saturday, August 27, 1–5 p.m., which will include a free trolley tour throughout Naperville created by Naper Settlement that spotlights the living history of mid-century modern homes and buildings in the area. A self-guided walking tour of mid-century modern buildings on the campus of North Central College will be part of the Grand Opening and the ongoing gallery exhibit, providing patrons with the opportunity to explore how the campus was shaped during the mid-century architectural period. A special program with remarks from the partnership organizations will occur at 2:30 p.m. as part of the Grand Opening Reception.

“‘Mid-Century Modern at North Central College’ will introduce visitors to the significant developments that shaped Naperville and the College campus in the larger national context of architecture, urban planning, and social changes between 1939 and 1970,” said Dr. Lindsay Shannon, lead exhibit curator and associate professor of art history at North Central College. “Guests will leave with a deeper appreciation of how judicious preservation of historic architecture can help us to better understand the lived history that helped create the world we live in today.”

Shannon, along with former College archivist Dr. Rebecca Skirvin, studied the modernist styles of architecture that are represented across the North Central campus, including international-style and brutalism, both of which were favored for their ability to capture the utopian spirit of higher education, the need to expand campus infrastructure quickly, and to represent the growing diversity of the student body. Examples of mid-century modernism are found throughout the College’s 68.5-acre campus and include Oesterle Library, the School of Business and Entrepreneurship (formerly Kroehler Science Center), the Harold and Eva White Activities Center, and several residence halls.

“The College and its partners, Naper Settlement and Naperville Preservation, Inc., have collaborated to bring this well-rounded educational opportunity to the community,” said Jim Godo, North Central College vice president for communication and strategic initiatives. “We are very pleased to be part of this effort to raise awareness about an architectural period that was influential on our campus and throughout the City of Naperville.”

Mid-century modern architecture is also prominent throughout Naperville, representing a time of considerable growth and expansion that took place in the decades after World War II.

“Naper Settlement is pleased to collaborate with North Central College and Naperville Preservation Inc. to help tell the story of 20th century structures and the importance of learning about mid-century buildings in our community,” said Jeanne Schultz Angel, associate vice president and director of learning experiences and historical resources at Naper Settlement. “The style of mid-century modern remains a defining aesthetic of 20th century America which reverberated through everyday design in places like Naperville.  As part of our mission to collect and share Naperville’s history, we work to identify historic structures and share their stories with the community through exhibits, tours, and programs.”

“Mid-Century Modern at North Central College” is a crossover exhibit from Naper Settlement’s current exhibition entitled, “Unvarnished: Housing Discrimination in the Northern and Western United States,” which runs through October 28.

To learn more about the exhibit, visit: https://finearts.northcentralcollege.edu/galleries.

Two free 90-minute trolley tours will depart from the Wentz Concert Hall and Fine Arts Center at 1 p.m. and 3 p.m. Reservations are required and can be made through Naper Settlement. Space is limited and available on a first come basis.

The College has created a self-guided campus walking tour, highlighting the facilities that were added during the mid-century architectural period. Patrons can pick up the self-guided walking tour map and brochure in the lobby of the Wentz Concert Hall and Fine Arts Center during the Grand Opening Reception and subsequently during visits to the Schoenherr Gallery. 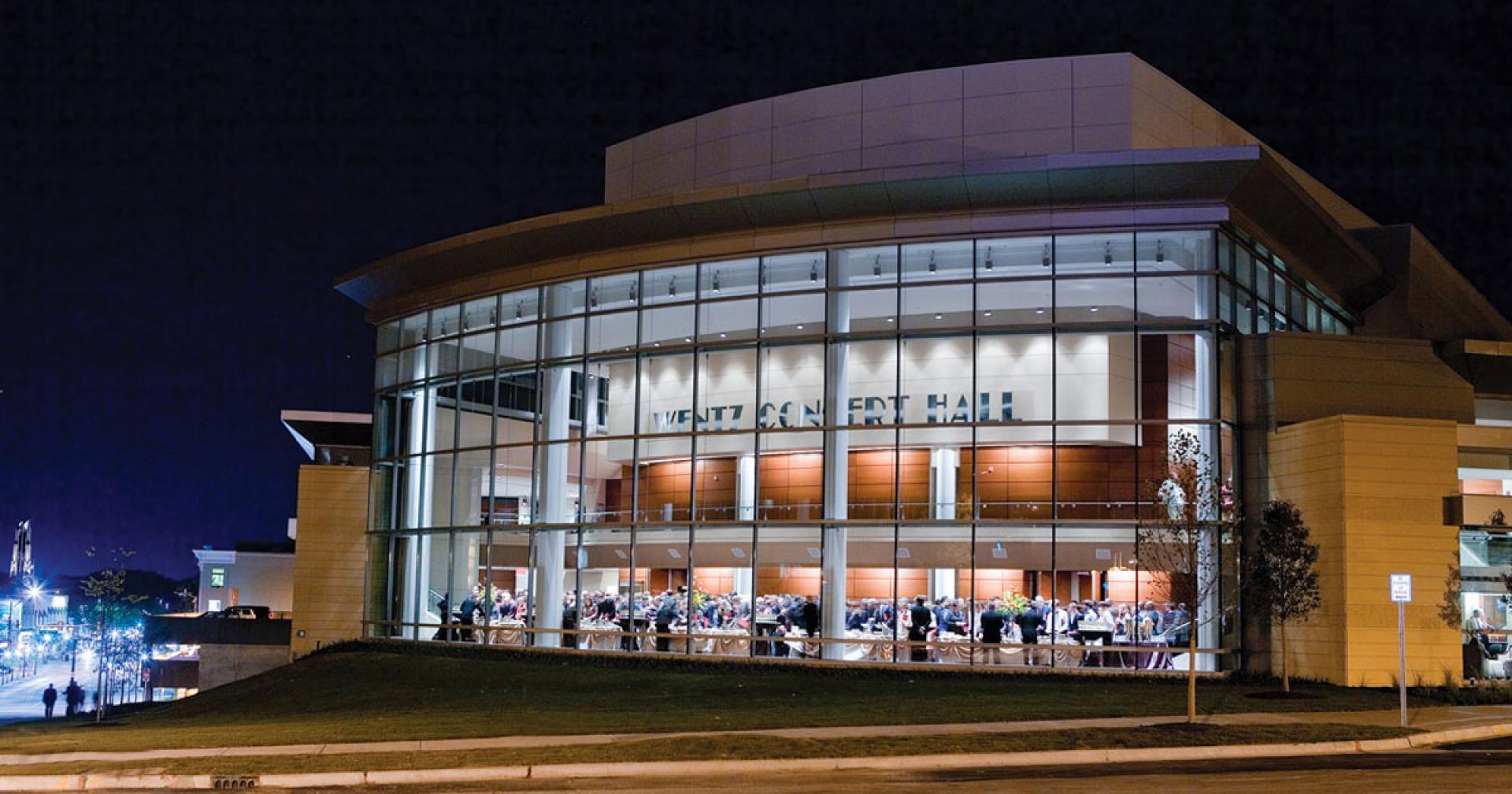