Appreciation for ongoing, exemplary work and optimism for the future were the themes of this year's faculty and staff Opening Meeting, held August 15 at Wentz Concert Hall. Three North Central College faculty members were honored with endowed chairs and a number of faculty and staff members received awards for distinguished service during the traditional event to commemorate the beginning of the academic year.

Interim President Donna Carroll opened the proceedings with a State of the College address, expected to be her first and final such address as she helps North Central College search for their next long-term president. Carroll talked about her admiration for the College even from her previous post as president of Dominican University, noting the dedication and pride she has already noted from faculty and staff since her appointment on August 1. She gave an accounting of the College's finances and enrollment as well as laid out some of her priorities for the coming year, including finishing the Brilliant Future capital campaign, developing the College's growing success in health science and engineering programming, and expanding North Central's outstanding reputation further throughout the nation. Carroll spoke with humility and humor, expressing her desire to make herself part of the Cardinal family while she presides over an exciting period of transition. "I love being on campus, so if you have any events coming up, please invite me," she said. "And even if you don't, you might see me there." 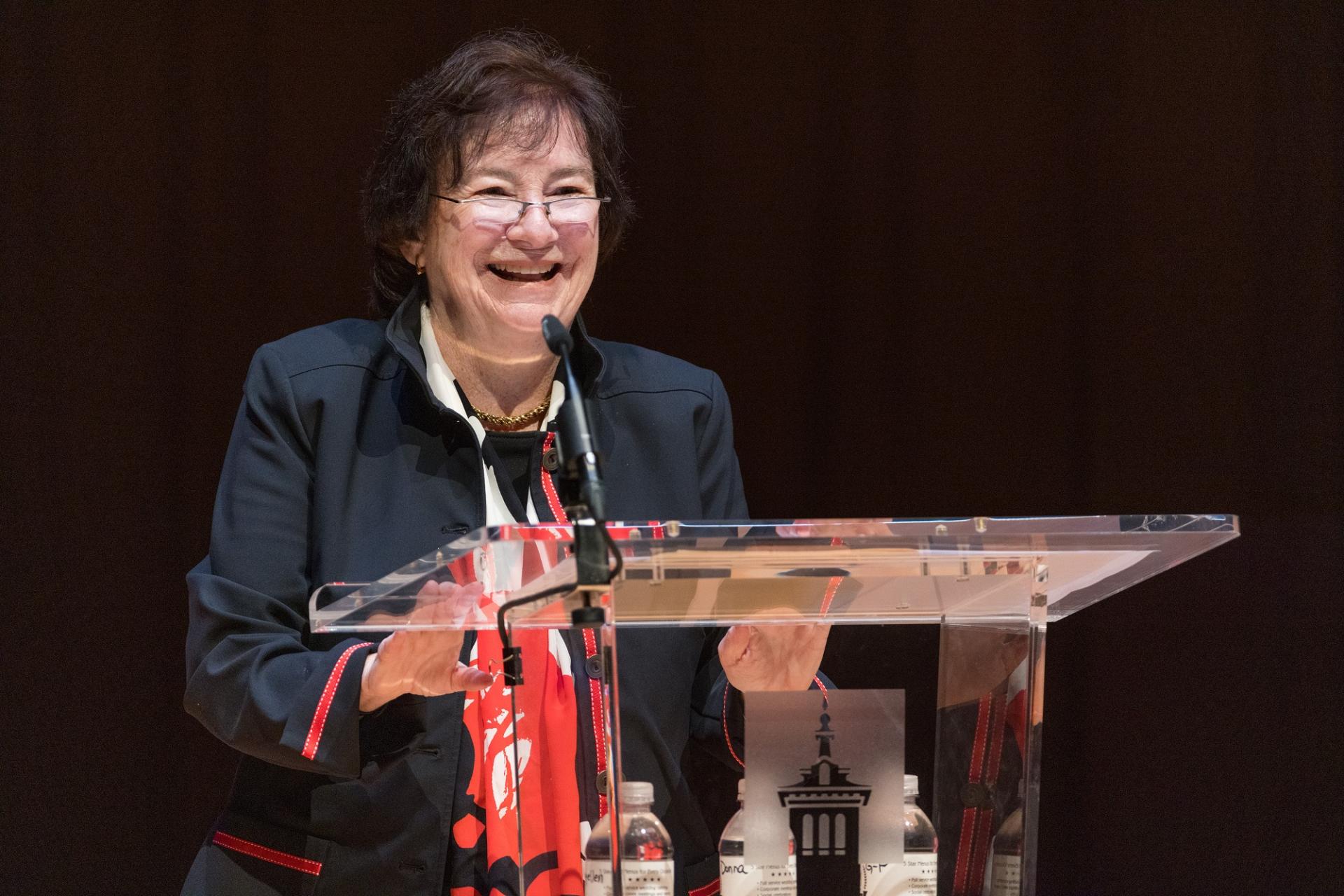 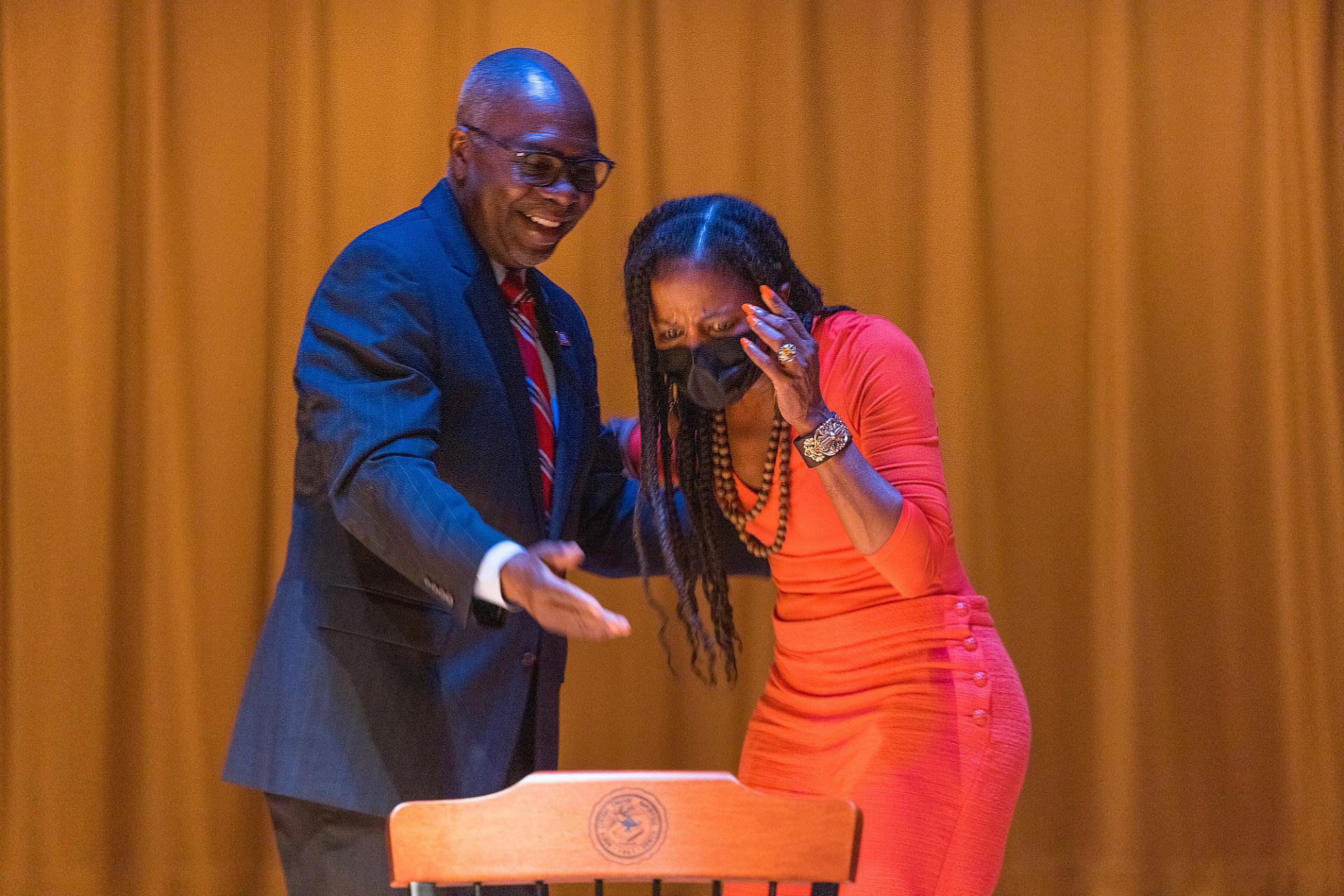 Maryellen Skerik, vice president for finance, opened the recognition portion of the meeting by presenting awards for excellent work to members of the North Central staff. They included the Distinguished Performance by an Administrative Staff Member Award for Sharon Merrill, assistant vice president for human resources; the Distinguished Performance by a Support Staff Member Award for Stella Bielawski, administrative assistant to the dean of the School of Business and Entrepreneurship; the Distinguished Service to Students Award for Mindy Diaz, director of academic success and support programs; the Innovation in Administrative Function Award for Katie McNeela, director of enrollment marketing; and the award for Outstanding Team, given to the Office of Financial Aid. 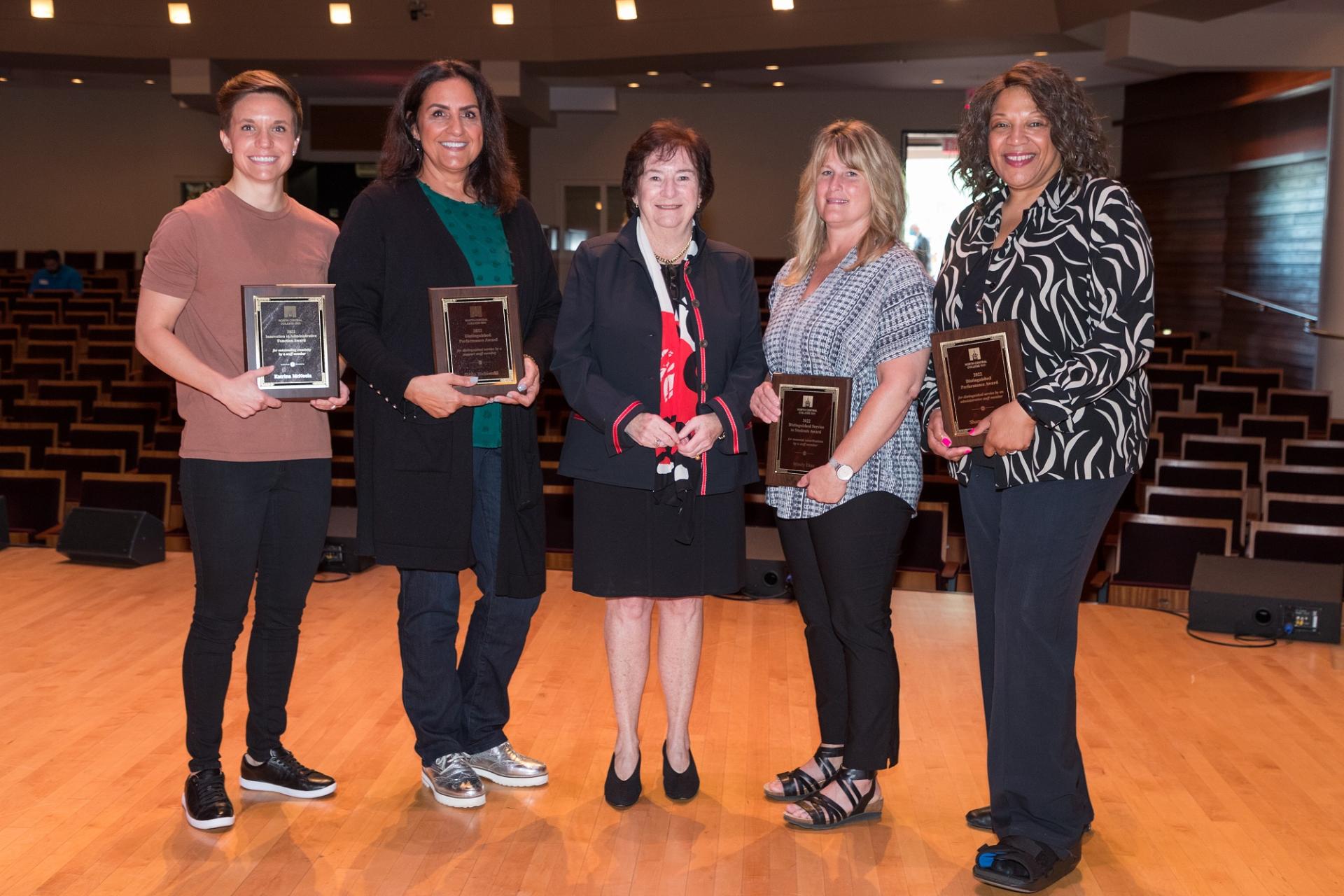