The Department of Theatre maintains close working ties with major theatre companies and theatre artists in the Chicago area. In any given year several major industry professionals work closely with our students in the classroom and on departmental productions, introducing our majors to industry standards and new working methods for professional artists. Our students also use their experiences with our guest artists to explore internship placements with leading Chicago theatre companies. 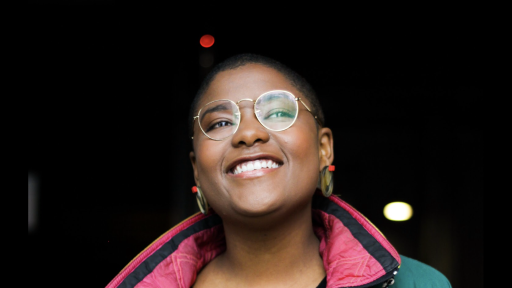 Jasmine Henri Jordan (she/ her) is a writer, performer and educator. She is an ensemble member of The Neo-Futurists, a company member of Playmaker’s Lab, and a founding member of Hot Kitchen collective. She teaches for these companies as well as Northlight Theatre and the Viola Project. She is an alumnus of Florida State University’s School of Theatre.  Jasmine co-taught and directed our production of The Neo-Futurists Present: North Central Goes Viral. 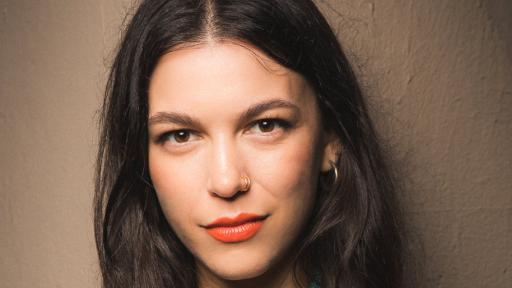 Laura Alcalá Baker (she/her/hers) directed our recent production of Neighborhood 3: Requisition of Doom.  She is a Chicago based director and casting director. She served as the Casting Director/Artistic Programs Manager at Victory Gardens Theater from 2016-2019 leading programs such as The Access Project and Directors’ Inclusion Initiative. Most recently, Laura directed the world premiere of Isaac Gomez’s The Leopard Play, or sad songs for lost boys (Steep Theatre) and The Way She Spoke: A Docu-mythologia (DCASE, Greenhouse Theater Center). She also directed the audio drama BRAVA by Nancy Garcia Loza (Make-Believe Association) which is available on all podcast platforms. Other select works include: The Pillowman (The Gift Theatre), Equivocation, The Giver, 11:11, and Collapse (B Street Theater) There is No Message in the Message, Shamed (The Gift Theatre’s TEN), Project Potential (Broken Nose Theatre’s Bechdel Fest), and Jets, Sharks, and Beckys (Collaboraction's Peacebook Festival). Laura has continually sought out creative means for accessibility in the theatre through directing programs such as Chicago Cultural Accessibility Consortium’s Access Live, which provides theatre leaders a live example of growing practices integrated with accessibility in mind. She has led new play workshops and readings in institutions such as The New Colony, Paramount Theatre, and The Goodman. Laura is a proud member of the Alliance of Latinx Theatre Artists and was nominated for 'Best Casting Director' at the 2018 ALTA Awards and “Best Director - Brava” at the 2019 ALTA Awards. She was also Jeff Award Nominated for "Best Director" for her work on The Leopard Play, or sad songs for lost boys. labdirecting.com 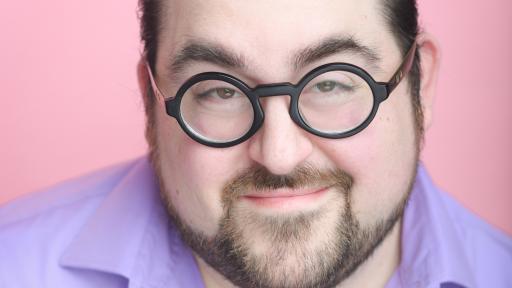 David Fiorello music directed our recent productions of The Addams Family Musical and Renascence.  He is a Jeff Award-winning Music Director, Performer, Director, Composer, Orchestrator & Arranger who's toured internationally, had his work on several albums, and has worked in both the theatre world as well as film & television. As a Music Director, his recent credits include the Jeff Award-winning BLUES IN THE NIGHT at Porchlight Music Theatre (starring Tony-nominee Felicia P. Fields), GYPSY starring E. Faye Butler, Off-Broadway's DANNY & SILVYA and DEITRICH & CHEVALIER, as well as the national tour of John Doyle's re-imagining of SWEENEY TODD. He served as a music consultant and actor in Netflix's SOUNDTRACK, as well as the Disney Film CHRISTMAS AGAIN. David currently serves as Founder & Artistic Director of THE BEAUTIFUL CITY PROJECT, a theatre company committed to raising funds for local Chicago charities & non-profits, using some of the city's finest musical theatre talents. As a writer, he's written the plays GIFTS and CONSTITUTE, the 10-Episode television series AFTER THE 10TH, as well as 15 70-minute shows featuring the music of John Mayer, Aerosmith, Jason Mraz, Kelly Clarkson and others.

An in-demand Vocal Coach, he trains some of the best singers in the Midwest. Visit www.thebeautifulcityproject.com & www.fiorellostudios.com 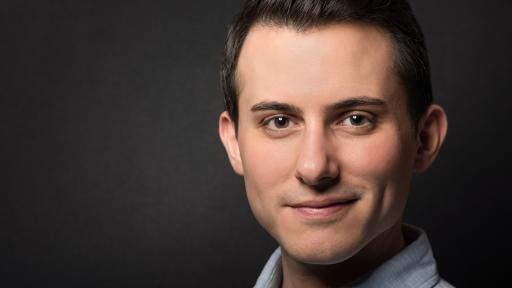 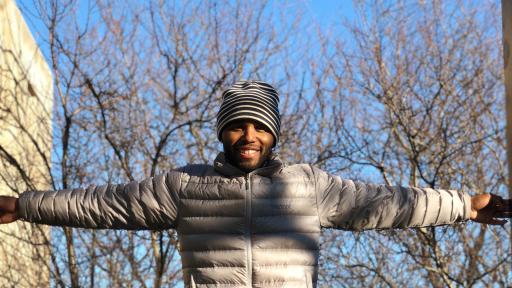 Jason Lynch is a Chicago-based lighting designer for theatre, dance, opera, and other live performance art who designed our recent productions of Tristan and Iseult and Little Women. Chicago credits include: Fannie (The Music and Life of Fannie Lou Hamer), School Girls; Or, The African Mean Girls Play, I Hate It Here, Ohio State Murders, The Sound Inside, Lottery Day, How To Catch Creation (asst.) and An Enemy of the People (asst.) (Goodman Theatre); Choir Boy, Guards At The Taj (assoc.) (Steppenwolf Theatre Company); I,Cinna, I, Banquo (Chicago Shakespeare Theatre); The First Deep Breath (Victory Gardens Theater); Mr. Dickens’ Hat, How A Boy Falls (Northlight Theatre). Recent regional credits include work with Alley Theatre, Dallas Theater Center, Denver Center for the Performing Arts, Minetta Lane Theatre in NYC, Oregon Shakespeare Festival, and Repertory Theatre of St. Louis. He is honored to have his recent work on the Goodman Theatre’s real-time, online ‘Live’ series and an immersive 360° production of The Wild Party at the Denver Center for the Performing Arts featured in American Theatre Magazine. Jason was also the recipient of the 2019 Michael Maggio Emerging Designer Award which recognizes emerging theatrical designers within the Chicago area. He is a proud member of The Association for Lighting Production and Design and is represented by The Gersh Agency. 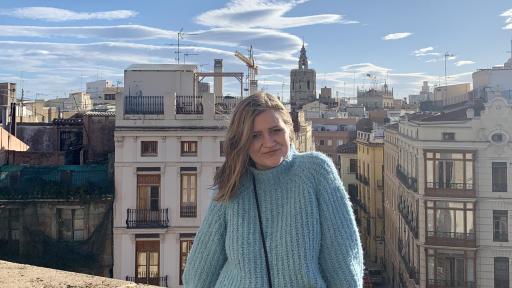 Her design work spans multiple mediums including theatre, film, exhibitions, and themed entertainment. In each project, she aims to create bold, sculptural environments that facilitate captivating moments of storytelling. Lindsay designed the scenery for our recent production of Witch.

Lindsay holds a Bachelor of Fine Arts from The Theatre School at DePaul University in Chicago and training from the Royal Central School of Speech and Drama in London. Credits include the world premiere of Spay at Rivendell Theatre Ensemble (2022 Equity Jeff Award Nominee), A Mile in the Dark with Rivendell/Interrobang (upcoming), At the Vanishing Point with the Gift, Innogen with Forest Park Theatre, and A Wrinkle in Time and Water by the Spoonful at DePaul University. She has assisted scenic designers Jack Magaw (Relentless at Timeline Theatre Company/Goodman Theatre, Two Trains Running at Court Theatre, Nina Simone: Four Women at South Coast Repertory) and Regina García (Peter and the Starcatcher at Oregon Shakespeare, When Harry Met Rehab by Pemberley Productions, Mrs. Harrison at Indiana Repertory, A Raisin in the Sun at the Guthrie, On Your Feet at Riverside Theatre, Between Two Knees at Yale Repertory/McCarter Center). She has experience in scenic art, props, and set dressing. 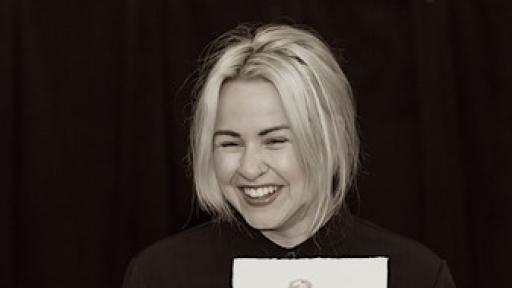 Sully Ratke is a frequent collaborator with the North Central College department of theatre who is a Jeff nominated costume designer working in Chicago. She completed her MFA in stage design at Northwestern University, and her BA in Drawing and Painting and Italian at the University of Notre Dame. Sully has collaborated with various Chicago theater companies, including Steppenwolf Theater, The Lookingglass Theatre Company, Drury Lane Theater, The Griffin Theater, The Gift Theater, The Actor's Gymnasium, Twopence Theater Company, and Chicago Fringe Opera Company. 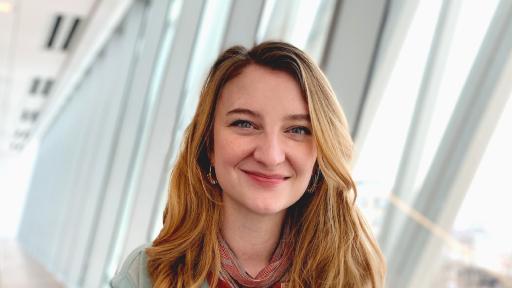 Meg McGuigan designed the scenery for our recent production of Tristan and Iseult.  She is a designer specializing in stage and space based in New York City. Her work includes design for theatre, events, and window displays. She has worked as a freelance artist for companies such as B Street Theatre, Spaeth Design, Squeaky Bicycle Productions, Randomly Specific Theatre, and Stagedoor Manor and has earned her MFA in Scene Design from Boston University.  Her joy in exploration brought her to this medium, and remains the reason she continues to pursue it." 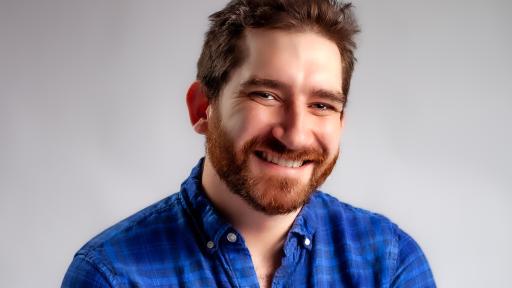 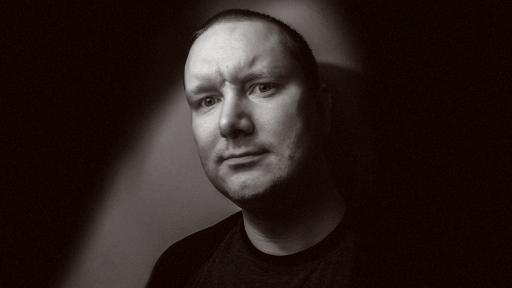 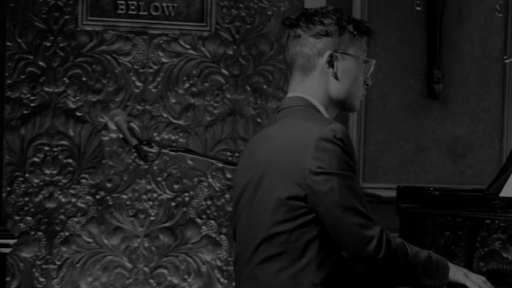 Alexander Tom contributed as music director to our recent productions of Peter and the Starcatcher and Spring Awakening. He also served as production advisor and mentor for the senior musical, Sweeney Todd. As a visiting artist, he provided new and interesting industry-based approaches that students wouldn’t necessarily receive at other institutions. 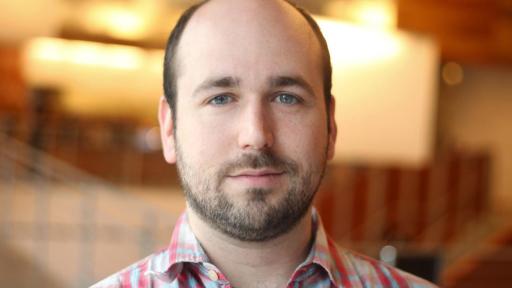 Jacob Harvey directed our recent productions of Peter and the Starcatcher and Sophie Treadwell's Machinal. His production of Machinal, a joint venture between the North Central College Department of Theatre and the Greenhouse Theater, was nominated for seven 2018 Joseph Jefferson Awards- an unprecedented feat for any regional college show! Jacob, recently named on of Newcity's Players 2017, is a noted Chicago director who previous credits also include the Bret C. Harts Director & Producer Fellow at Berkeley Repertory Theatre, Co-Artistic Director for the Mechanicals in Los Angeles, and Director of Programming for the New York Musical Festival. 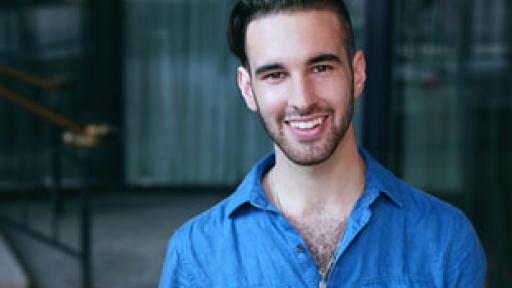 Nick Thornton recently directed Other Way to Resist, a co-production with the Other Theatre Company of four world premiere plays by Chicago playwrights exploring the performance of activism, social media protest and acts of unconventional resistance. He is a freelance director, choreographer, dramaturg, and teaching artist whose recent productions include Underscore Theatre's Haymarket at the Den Theatre in Chicago's Wicker Park neighborhood. Recent Chicago credits include movement director and dramaturg of Birds of a Feather (GTC), director in Mudlark Theatre's Short Play Festival, developmental dramaturg of Miss Major Cushman (GTC), and co-movement and associate director of the Greenhouse Theater Center's Machinal (named one of the 10 best shows of 2017 by the Chicago Tribune). Nick also serves as a teaching artist at Pegasus Theatre, mudlark Theater, and Windy City Musical Theatre. 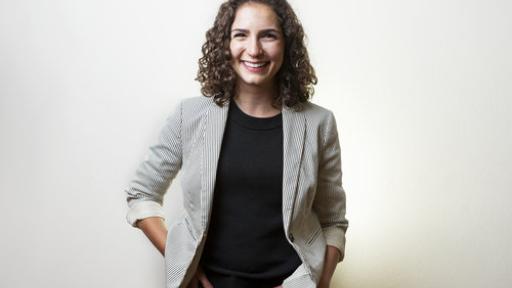 Kristen Osborn was director of the North Central College production of Sam Chase's Opportunities of Extinction. She currently serves as the Literary and Casting Associate at Northlight Theatre in Chicago. Additionally, Kristen is the Artistic Associate and Outreach Coordinator at Rivendell Theatre Ensemble. She has had the pleasure of working at the Geffen Playhouse, Ojai Playwrights Conference, Inner-City Arts, Ensemble Studio Theatre LA, Shakespeare Center Los Angeles, and many other Los Angeles theaters. In Chicago, Kristen has worked with Northlight Theatre, Writers Theatre, The Other Theatre Co., Silk Road Rising, Rivendell Theatre Ensemble, and others. 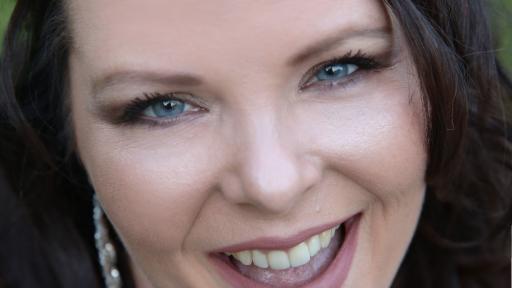 Rebecca Wilson has been hailed as a "staggeringly talented singer" by St. Louis Magazine. Rebecca has been seen on both the musical theater and opera stages. Her credits include the opera-singing Serpent in the Joseph Jefferson-nominated "Seashore to Gutrune" in Richard Wagner's "Gotterdammerung". 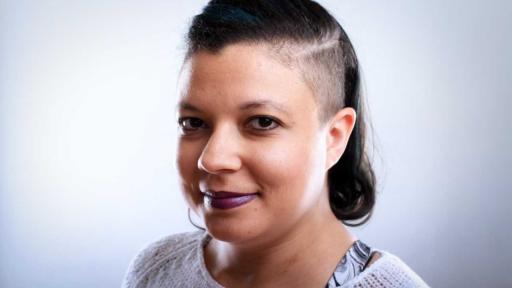 Dyanna Daniels received her MFA in Choreography from Jacksonville University in 2018. Her training consists of several dance genres including Urban, Hip Hop, African, Jazz, Ballroom, Spiritual, and Contemporary. Dyanna co-founded DLD Dance Company 2004 and opened DLD Dance Center in 2011. Her choreography has been featured at World of Dance Chicago, Chicago’s Carnival Choreographer’s Ball, Elgin Ties Dance Festival, Freespace Dance, Dance Chicago, Western Illinois University, College of DuPage, Going Dutch, Noumenon Dance Ensemble’s New Moves, and more. Dyanna also choreographed a Flash Mob that appeared on ABC’s Extreme Makeover Weight Loss Edition in July of 2013. With experience in the business, performance, choreographic, and commercial aspects of dance, Dyanna aims to offer her students diverse perspectives in any course she instructs. In addition, she strives to create a learning environment that allows individuals to excavate and cultivate the person and artist within them. 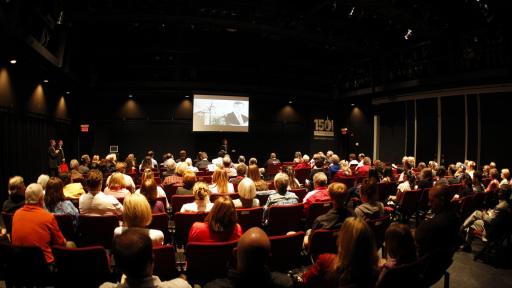