First graduate of English Language Institute: “I love to write … and I write better in English than Spanish.”

Mateo Gonzalez ’18 came to North Central College from Bogotá, Colombia, with excellent speaking skills but his first English writing exam didn’t go so well. Fortunately he was able to enroll in the newly opened English Language Institute (ELI), which was just beginning to offer classes. He represents the first North Central student to earn a degree with the classroom preparation of the ELI.

“I knew English, but I needed help with my writing,” Gonzalez explains. “The ELI program was very challenging, often harder than my other undergraduate classes these four years.”

The ELI program allowed him to successfully major in organizational communication and now he feels his writing skills in English are superior to his skills in Spanish.

Under the direction of Kate Pope, the ELI was established in 2014 as part of the Center for Global Education for students enrolling at North Central through conditional admission, meaning their level of English proficiency is lower than admission requirements. The program includes year-round English instruction, an eight-week intensive summer course and a three-week cultural immersion experience prior to the start of classes.

“Kate has been so supportive and helpful, along with my communications professors,” Gonzalez said. He will continue his education at North Central next year, taking courses toward a master’s degree in leadership while serving as a graduate assistant for the ELI program.

“It’s been a joy watching him progress through North Central. Mateo has always been friendly, outgoing and involved, and I feel lucky that he’s coming back to serve as the ELI graduate assistant,” said Pope. “Our students will benefit from his first-hand experiences.”

While succeeding in the classroom, Gonzalez was also integral to the success of the men’s volleyball team. “North Central was my first choice for college because of Coach (Kyle) Exline recruiting me for the new volleyball program,” he said.

Volleyball was a club sport when Gonzalez arrived in 2014. Four short years later, his last game with the team was the Midwest Collegiate Volleyball League Tournament semifinal, contested before a loud and supportive crowd in Gregory Arena. “It’s bittersweet,” Gonzalez said about ending his playing career. “I will miss volleyball so much.”

The benefits of playing were many, Gonzalez said. He visited several states while traveling with the team and California was a favorite. “I missed my family a lot when I first came to North Central but it helped that I made friends through volleyball,” he said.

Now Gonzalez is looking forward to his mother arriving from Bogotá to see him graduate. “It’s only her second visit to campus and I’m extremely happy that she can see me graduate. I’m walking for her.” 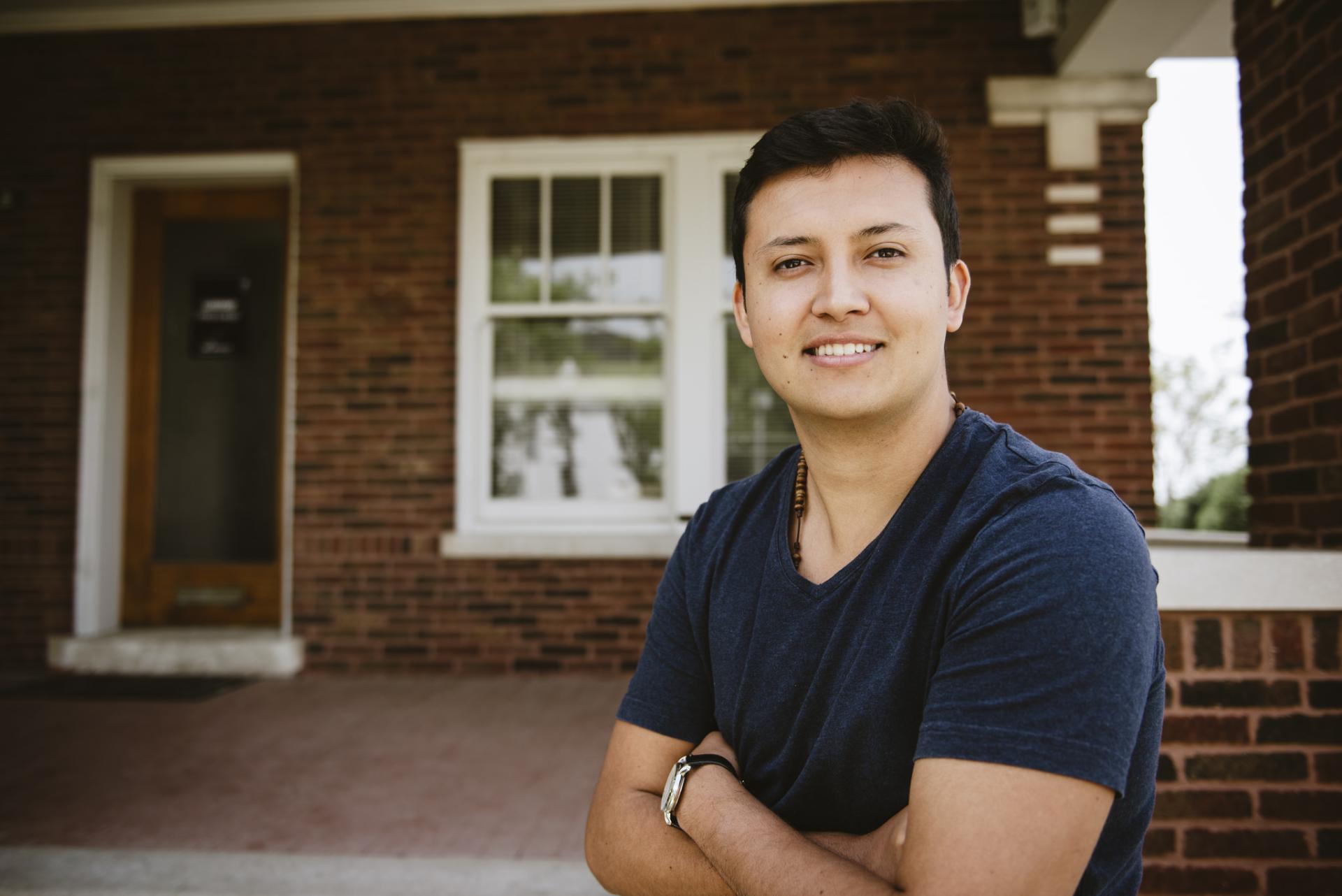