Service-learning rooted in good will

Members of North Central’s Student Occupational Therapy Association (SOTA), who are working toward their master’s degrees in occupational therapy (MOT), designed and built a raised, accessible garden for Wheaton resident Jenny Kray. Her physical limitations didn’t allow her to garden independently in her own backyard. “And I like having fresh herbs because I love to cook,” Kray explained. “Pasta, frittatas, chili–all types of foods.”

In 2015, Kray was about to graduate with working toward a master’s in occupational therapy from St. Ambrose University when she experienced a brain hemorrhage. She went through two years of extensive therapy, eventually becoming independent and moving into her own home. A Daily Herald article about Kray caught the attention of Beverly Menninger, North Central assistant professor of occupational therapy. Menninger contacted Kray about becoming involved in North Central’s MOT program, and now Kray frequently speaks in Frystak’s Neuro Dysfunction Intervention class.

“With her ground-level garden, Jenny could look at it but she couldn’t interact with it,” said Frystak. “Her dad was doing a lot of the work.” So Frystak asked SOTA members to plan and build a raised garden for her.

Much of the planning took place through virtual meetings over the past year. The adapted raised garden bed had to be thoughtfully designed by the students to reach the proper height. The goal was to allow Kray to safely stand and enter the garden to reach her plantings—including tomatoes, broccoli and peppers. A raised herb garden for the deck of the house was also part of the plan. A Day of Giving campaign helped pay for the lumber and the dirt was donated by Landworks.

In early June, the SOTA students spent two days assembling the structure and finishing the project.

“As future occupational therapists, this project helped us learn how to make something adaptable for Jenny,” said Nikki Novak ’20/M ’22, president of SOTA. “The goal of helping her become more independent in gardening was challenging but rewarding.” 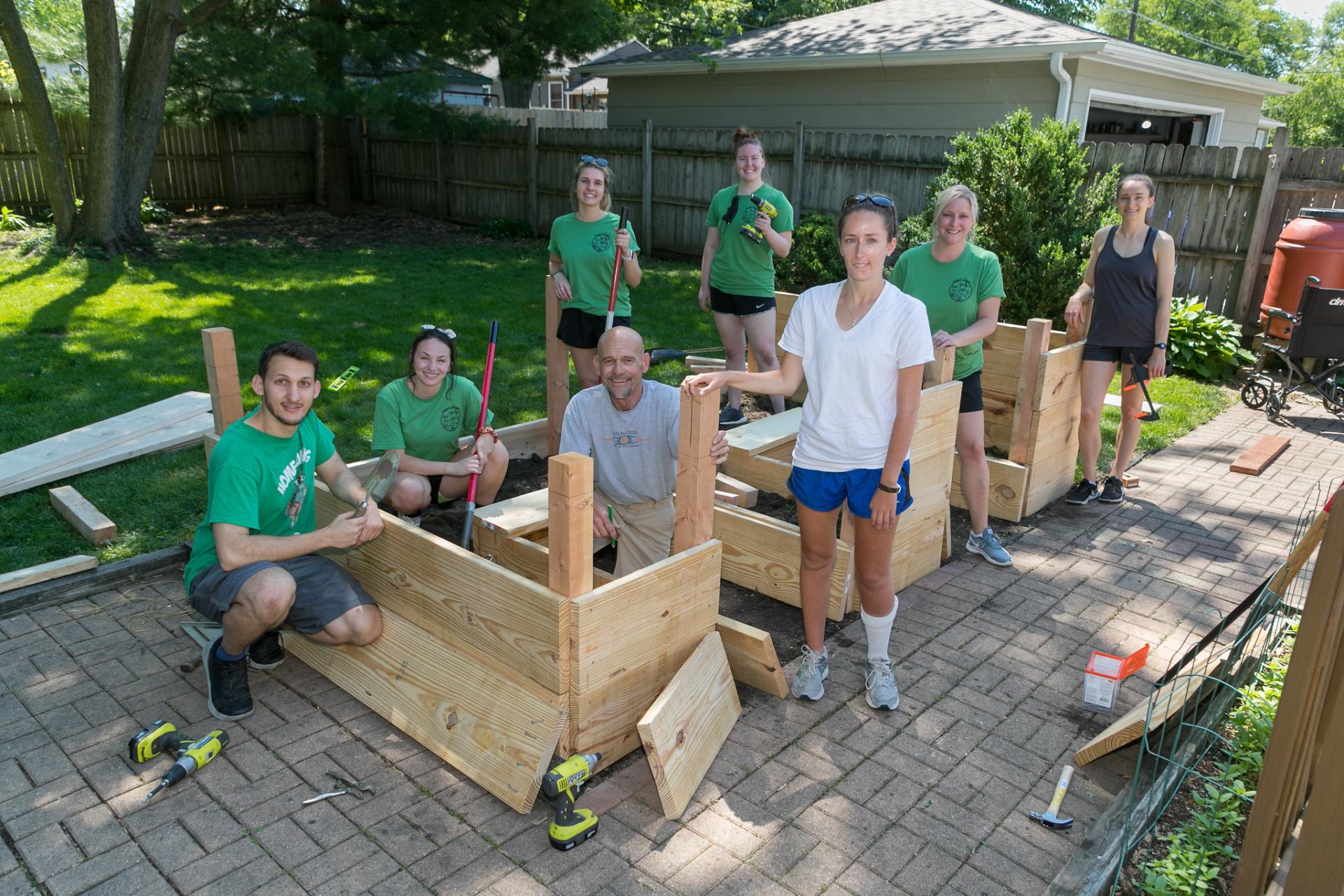 The SOTA members with Jenny Kray (in the white shirt).