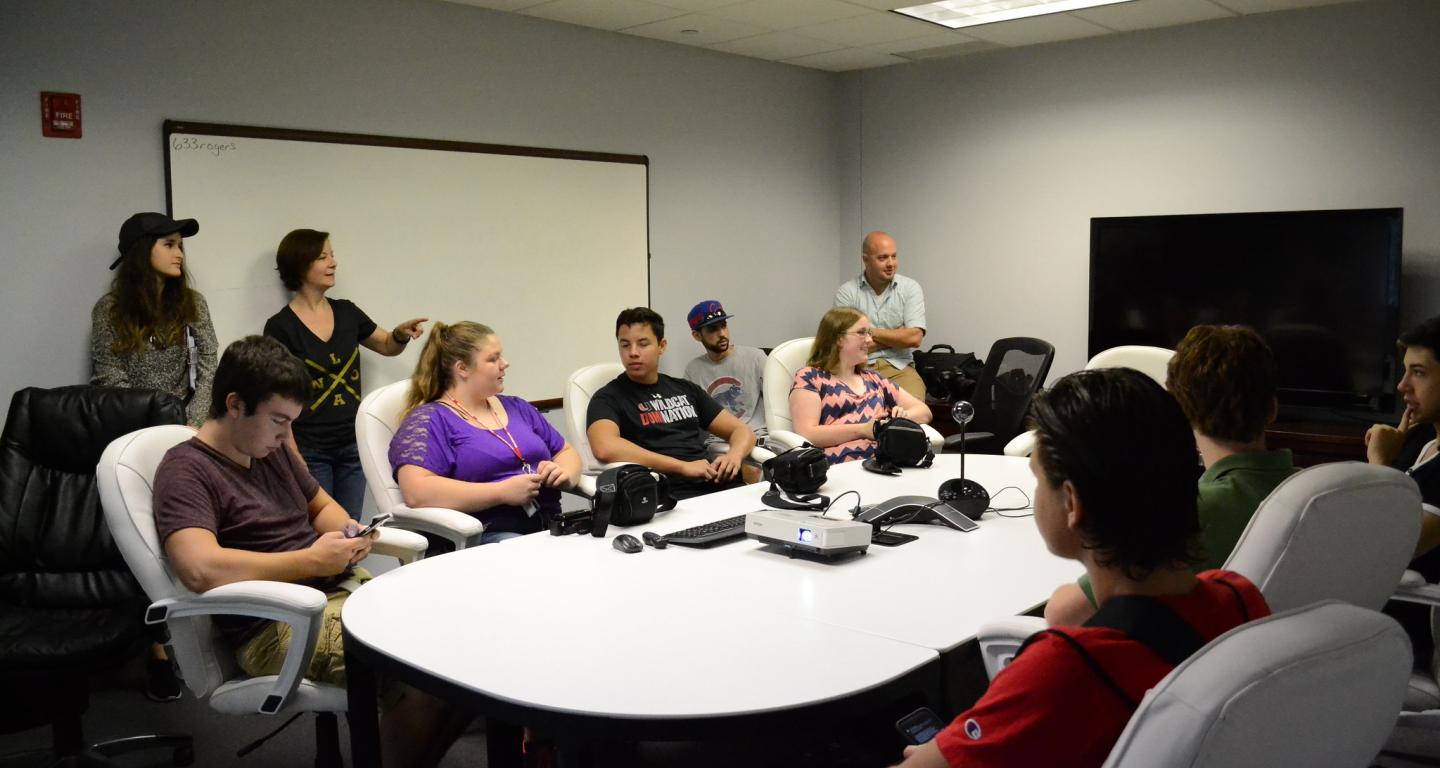 What Can You Do with a Film Degree?

What Can You Do With a Film Degree?

When you hear the term film, you probably imagine the Hollywood walk of fame, the Oscars and the glamor of the silver screen. It’s true, films have been around for decades, and there seems to be no end in sight for the public’s love of movies. After all, stories and narratives are practically hard-wired into American culture.

The film industry, however, is much more complex, diverse and widespread than you may realize.

A film degree is valuable, but an aspiring filmmaker might wonder “Is a film degree worth it?” and “What can you do with a college degree in film?” The answer is actually quite a lot. From directing to editing to being a critic, read on for everything you can do with a film degree.

What Is Film Studies?

Film studies as part of media studies is a broad program that covers everything related to the art of moving images. From cinema to television, as well as video art, social media and advertisements—a program in film studies will explore how the world of film goes beyond the confines of your local movie theater.

At North Central College, for example, students can pursue a minor in film & screen studies. This program focuses on both the technical and creative aspects of film, from production to analysis (and everything in between).

If you’re interested in one of the many careers that fall under this umbrella, it’s important to understand what this degree will entail:

In addition to their major and electives, students at North Central College who pursue a minor in film & screen studies can expect to take the following core courses:

Core classes are important for a general understanding of film, but concentrations are also vital for a successful career post-graduation. This is because filmmaking requires many different jobs, and students in the film studies degree program may be interested in a specific concentration within this field, such as:

At most schools, students can customize their film studies degree by adding electives to their class schedule. Some of the most common elective options at North Central include:

Skills Gained with a Film Degree

A film studies major or minor will teach students a wide variety of filmmaking techniques, in order to fully prepare them for a career in the field. Core and elective courses alike will focus on valuable skills used in the film industry, such as:

What Careers Can Film Graduates Pursue?

As previously stated, film majors are not limited to any one film job in this diverse industry. Each crew member plays a valuable role in the production and completion of a film or video project. This means a film studies graduate has a plethora of options for their career path. Some of the most common positions that film majors go on to include:

Film majors pursue a career as a director in several different genres. In addition to feature films, directing positions are also prevalent in the world of television, theater, music videos and more.

Directors play an important role in the style, pacing and performances within these productions. As a director, you’ll be in charge of the set, working with actors, crew members and even the editor in post-production.

Not only is this film career rewarding, but it also comes with reliable pay. The average salary for a film director in the U.S. is $70,000 per year, and big-budget Hollywood directors typically earn quite a bit more.

Students who study film will also learn the valuable writing skills needed to create these stories. Some graduates pursue screenwriting in motion picture and television, while others may use their writing experience for blogs, copywriting or manuscripts.

The average salary for a screenwriter in the U.S. is around $80,000 per year, and many writers may go on to join the Writers Guild of America, which provides coveted union benefits and steady work.

Editors are an essential part of all video production. While some film majors may edit feature-length movies as a career, others work in television, YouTube, and social media marketing. As an editor, you’ll have a major influence on the post-production process. From the pacing to the visual effects, editors are responsible for a wide range of creative elements.

The average salary for a film editor in the U.S. is around $50,000 per year. Assistant and junior editing jobs allow recent graduates to break into the industry more easily, and learn from their superiors.

Film majors who want to utilize their visual art skills can pursue a career in animation. Animation is prevalent in the feature film industry, as well as advertising, short film and television.

Animators use many of the same principles as live-action film makers, such as:

Additionally, animation expands the possibilities of storytelling and can often be done with a tighter budget, fewer actors and a smaller amount of equipment. The average salary for an animator in the U.S. is around $60,000 to 70,000 per year.

Advertising is a major aspect of video production that many people overlook. The commercials you see on a daily basis are written, produced, and filmed by professionals in the industry.

Film majors can use their creative talents and production knowledge to enter this field and begin an exciting career in short-form video production. Advertising also pays quite a bit, with commercial directors earning an average salary of $130,000 to 140,000 per year. If you’re looking to join an industry with ample opportunities, advertising is an excellent option for film studies graduates.

Film students earn valuable analysis skills during their education, and these skills can be put to use as a film critic. It’s crucial for film critics to understand the principles of filmmaking, storytelling and even technical knowledge, such as cinematography and lighting. This is a great career path for graduates who prefer the analytical aspects of cinema, rather than working on set or in post-production.

The average salary for a film critic in the U.S. ranges from $30,000 to $50,000 per year. Film critics may be employed by media companies, magazines, and newspapers, or digital publications.

The film industry is a major part of the U.S. economy, and students can rest easy knowing this field is always in need of skilled professionals.

The Bureau of Labor Statistics (BLS) predicts an 18% increase in the demand for film and video editors over the next decade, which is much faster than the average occupational growth. The BLS also estimates a steady 10% growth for film directors and 14% for cinematographers and camera operators.

Earn Your Degree in Film

Before you begin a successful career in the film industry, you’ll need the right education under your belt. Earning your degree from an esteemed film studies degree program, like the one at North Central College, is the first step toward honing your craft.

Indeed Editorial Team. (2021, February 22). How Much Does a Movie Critic Make? Indeed