North Central College held the second event in its distinguished speaker series "Empowering Latino Communities," an address by Roberto Ramírez, founder & CEO of Spanish Public Media, on February 24. Ramírez spoke about what success means and provided advice from his own experience as a Latino immigrant and undocumented student on reaching goals and aspirations.

“As a Spanish professor and a Hispanic mentor at North Central, I (understand) the enduring impact that Mr. Ramírez will have … on all our students regardless of ethnicity and race,” said Jelena Sanchez, assistant professor of Spanish and coordinator of the speaker series. “Mr. Ramírez's poignant life story, fraught with family tragedies and immigration hardships, showcases an unyielding determination to triumph.”

North Central students in attendance were both educated and inspired by Ramírez’s personal reflections, and many took the opportunity to take pictures and discuss issues with him further after his talk.

“Students demonstrated their gratitude at the end of the talk for Roberto Ramírez's willingness to share his inspirational story about reaching your destiny through determination, humanity, multicultural awareness and validation, authenticity, and altruism,” Sanchez said.

“Empowering Latino Communities,” sponsored by the North Central Spanish program, champions Hispanic success, and provides support, networking opportunities, and mentors for underrepresented Latino/Hispanic students. The series continues Thursday, March 24 at 6 p.m. in Smith Hall on the second floor of Old Main. Dr. Kim Potowski, professor of Hispanic linguistics and Spanish Heritage language scholar at the University of Illinois, will be the speaker.

Roberto Ramírez’s talk is available to watch in full on YouTube. 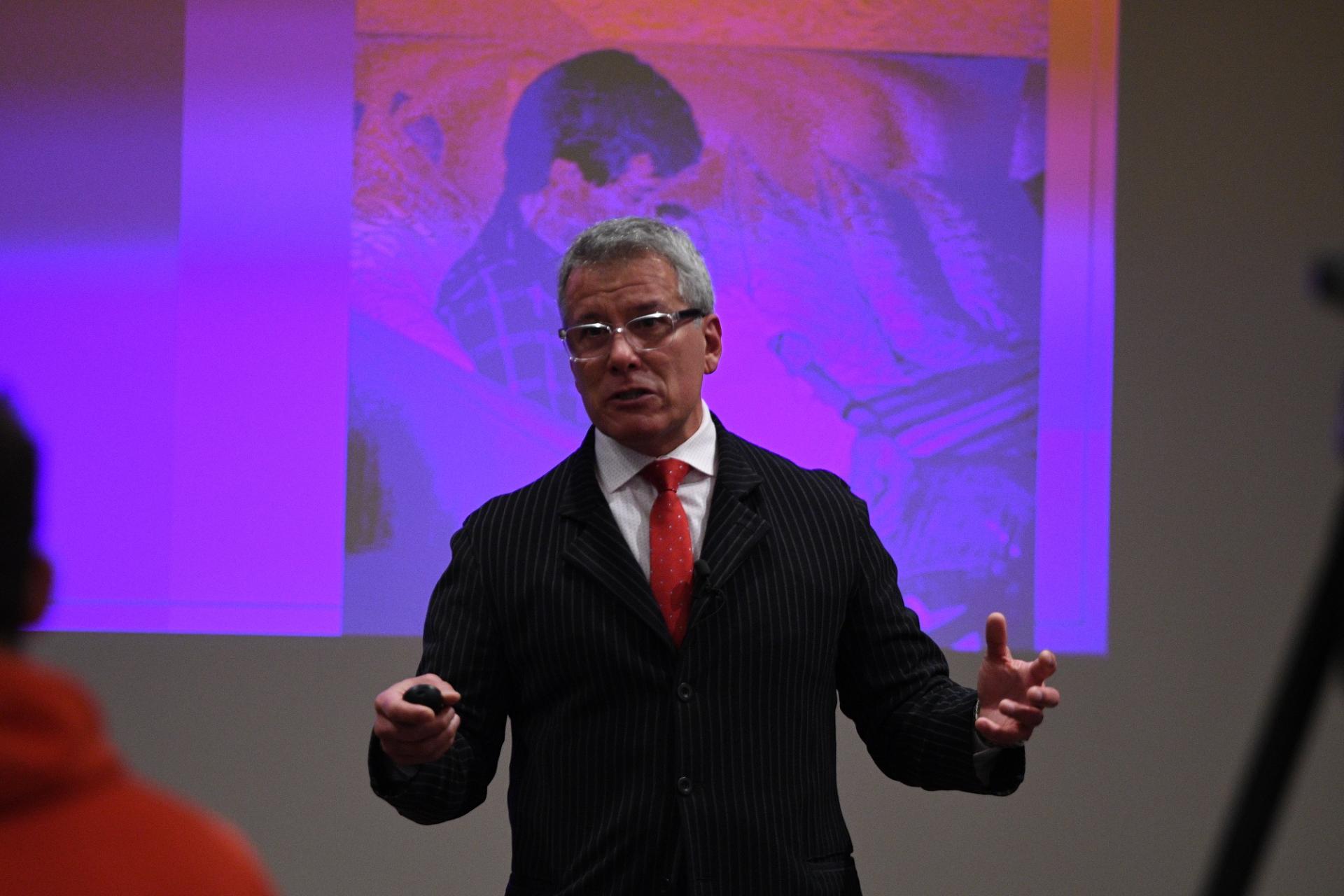