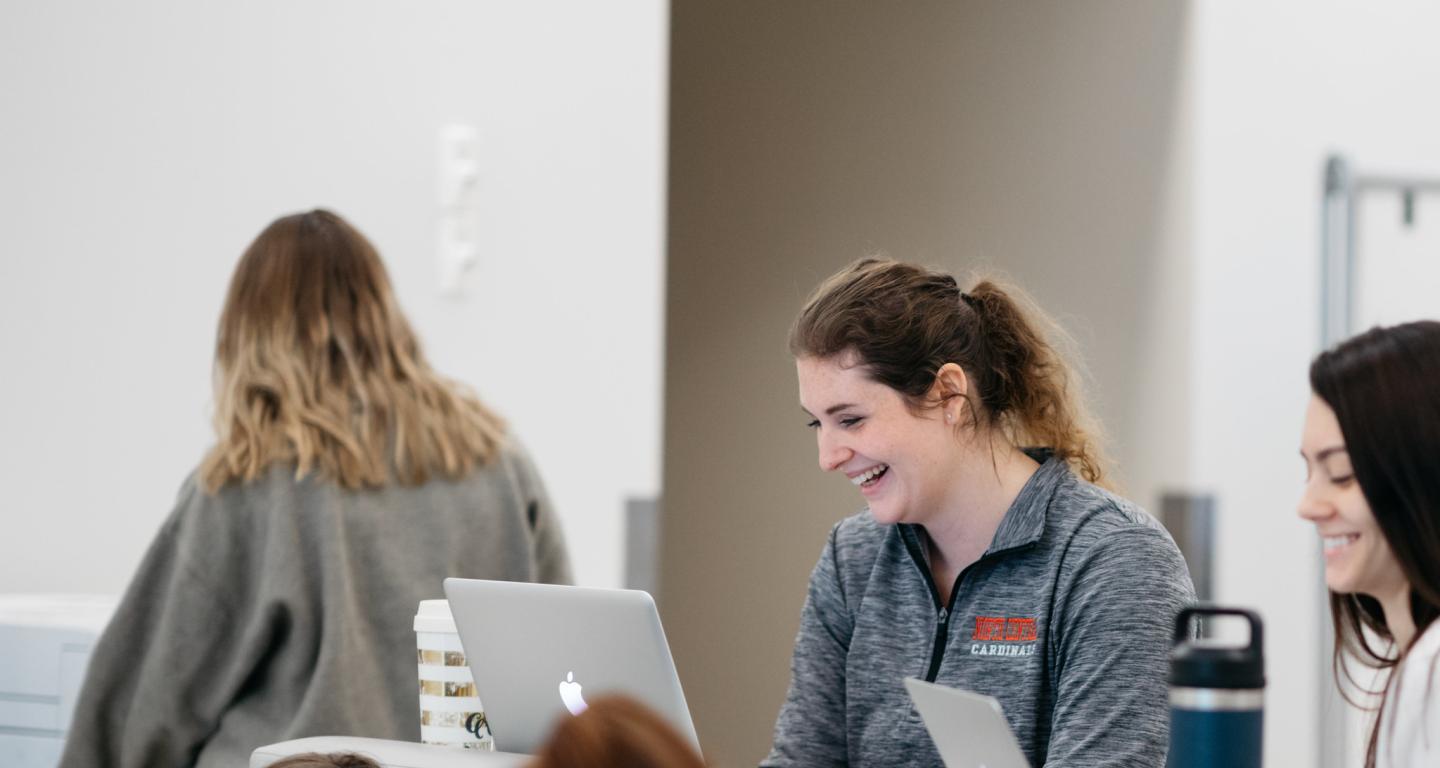 The importance of media in our world as a tool for information, education, and entertainment cannot be overstated. So much of what we think and do every day is influenced by the content we consume; we often don’t even realize it.

While we are naturally drawn to the media and can spend huge amounts of time taking it in, we all have our limits. Have you ever watched TV or binged a show on a streaming app for hours only to find you suddenly had to stop? Part of the reason is that experiencing media is inherently passive.

Sure, we can do other things while we listen to the radio, read a newspaper or browse our social media feeds. Still, ultimately the media itself is only moving in one direction: from the device or publication sending it to us as we receive it. We can’t act on it or influence it as it happens.

Humans crave interaction–give and take between two sources of stimuli. Our love for media and our collective need to take an active role in what we do is where the development of interactive media came from. As we continue to invent new forms of digital media, the possibilities for digital interactive media grow all the time.

If you like to communicate with others and are adept at using technology, this may sound like a perfect field for you to get into when you go to college for a degree. To help give you a better idea of what an interactive media major would look like, let’s examine the different types of interactive media.

What is interactive media?

Understanding the definition of interactive media is relatively straightforward. If you look at the two parts, interaction, and media, it’s a simple step to look at them together.

The team at FlashMobComputing takes a stab at a definition that looks like this: “Interactive media can refer to products and services in digital computer-based systems which respond to the actions of a user by presenting content … It is a form of communication in which the output from the media comes from the input of the users.”

The “digital computer-based” part is the key. Media presented on analog technology like the printed word and radio broadcasts are finite–once you have experienced them, they are over, and you can only react to them after the fact. Digital technology, and computers specifically, allow you to influence what you are seeing and hearing as you experience it, which is the key to making media interactive. You’re no longer just the receiver of the message; you’re actually affecting what is presented to you, meaning that your experience of the media will be slightly different from everyone else’s.

As this is a broad definition, it can be interpreted differently to include various examples. That can complicate getting a comprehensive list of what is considered interactive media.

To begin with, we should consult an expert. According to Steve Macek, professor of communication at North Central College, “Interactive media … would include the following: social media, web design and UIX, multimedia journalism, digital video (YouTube, TikTok, etc.), digital audio and podcasting, video games and more.”

Professor Macek would likely be quick to acknowledge the importance of “and more” at the end of his list. As audiences change and computer science advances, new forms of interactive multimedia and related content are constantly emerging, making the field interesting. Scholars not only experience and analyze the interactive media known to exist, but they are also looking for new examples all the time.

Using the list we have, which covers a lot of bases, let’s break down the examples in more detail.

The most prominent and influential form of interactive media in the modern world, social media, exemplifies how digital technology has given us what we wanted for so long: a say in what we consume. Facebook, Twitter, YouTube, Instagram, TikTok, and countless other apps take the centralized sources that we used to depend on for information, like TV networks, publishers, and websites, and put them on equal footing with the average person.

By grouping users into networks and incorporating systems of instantaneous feedback between them, each social media platform makes it possible for everything from the simplest expression of emotion to the most critical report on world-changing events to spread all over the world in an instant. It is inherently interactive, as your “likes” and “shares” influence not only what the applications show you but also the visibility of who and what you’re looking at.

Using social media gives people incredible notoriety for their thoughts and talents that they might never have found otherwise. It used to be a dream of children just to be on TV, and now they can become famous just by creating an account and uploading themselves.

On the other side, social media also gives platforms to problematic ideas and individuals, providing them access to people they wouldn’t otherwise meet. Social platforms are constantly working to put safeguards and manage how people interact with their app as a result.

For whatever reasons we use it, social media is a massive part of our everyday lives. It’s how many of us stay informed, it’s the first place a lot of us go to for entertainment, and it’s become almost vital to stay current on trends in social media to socialize with your peers. The potential for positive impact, the possible dangers, and the incredible popularity and influence of social media make it extremely powerful and important to study.

Another key piece of interactive media that we encounter on a daily basis is software. Computing devices are everywhere, from our homes to our offices to our pockets, and software is how we interface with our computers. Software is inherently interactive, as it depends on user input to function. A word processor has to have text typed into it; a food delivery app needs someone to choose what order to send, and so on.

We used to think of hardware and software as distinct units that were sold separately and had to be connected by physical means. Still, thanks to cloud and mobile technology, the two are almost indistinguishable now. That makes the interactivity of software that much more important. Personal devices like smartphones have become like extensions of our thoughts. We know what we want, and we expect our phones to give it to us as soon as we think it. That’s why expertise in user experience and designing software that interprets user input and learns how to anticipate the next command is vital when studying interactive media.

A huge part of the software is video games and computer games. A hundred-billion-dollar industry on its own, gaming provides a level of interactivity that other media simply can’t touch. Each game draws a balance between the wish fulfillment of letting players feel like they’re doing the impossible and creating engaging narratives with an extra level of immersion. Game design is all about using computer graphics to place the gamer in a world you don’t just see or hear but create as you go.

This dynamic bleeds over into the use of virtual reality and interactive video, where the goal is to put you into a story rather than have you experience it as an outsider. By introducing a set of options and possible outcomes you choose by clicking a prompt or moving your hands and feet under a virtual reality headset, designers of these types of media make you feel like you are living a story more than just imagining it.

Software is commonly employed by web designers. Interested in finding out the answer to “What does a web designer do?” or what the professional web designer requirements are? Be sure to check out our related articles.

Two areas of interactive media that would appear to be opposed but are more alike than not are interactive art and interactive advertising. Whether trying to make a creative expression on people for their interpretation or appeal to a target audience to get them to buy something, artists and advertisers share a desire to get people personally involved.

What is interactive media advertising? By embedding interactive marketing alongside other digital content, advertising can create a sense of enjoyment and connection that resembles what a consumer feels for other web design like interactive entertainment. Interactive television, interactive design, interactive infographics, and augmented reality are just as commonly used to create demand for a product as to inform or educate learners.

The broad spectrum within which art can exist also guarantees interactivity, one of contemporary art's most prevalent characteristics. And not just visual art, like video or static images–installations can be created entirely with sound, smell or touch that rely on the audience to act on what’s being presented to make the art happen. That unity between artist and observer delivers a deeper, shared sense of meaning.

What would the media be without the movies? The most romanticized and broadly appealing form of media, cinema is both time-honored in its methods as well as constantly evolving. Filmmakers seeking to redefine the genre have worked for decades to make it more interactive,  incorporating 3D modeling to make the image appear to jump out at the audience, the invention of “Smell-O-Vision” to release smells into the theater, and 4D attractions where audiences have water sprayed on them or are “breathed on” by vents in their seats to accompany what’s happening on screen. Cinema on television and streaming services has also experimented with alternate endings and “choose your own adventure” narratives where a remote control can decide where the story goes next. Whether leaning more to the ridiculous or the thoughtful, interactive cinema seeks to literally make dreams into reality, which has nearly infinite appeal to audiences.

If what you’ve read appeals to you and you are interested in pursuing interactive media as a major, you’ll need to find a great college. Look for a school like North Central College, where the communication faculty examine interactive media from all angles, ensuring you will be well equipped to enter the workforce practically anywhere. According to their program web page, North Central communication graduates are “radio DJs, trial lawyers, actors, sound engineers, teachers, writers, television producers, CEOs, and scholars,” just to name a few.